I’ve partnered with Kool-Aid and Collective Bias to create these Homemade Watermelon Marshmallows.  Looking for a fun summer recipe?  These marshmallows are a unique twist on the classic summer fruit drink!
#KoolOff #CollectiveBias 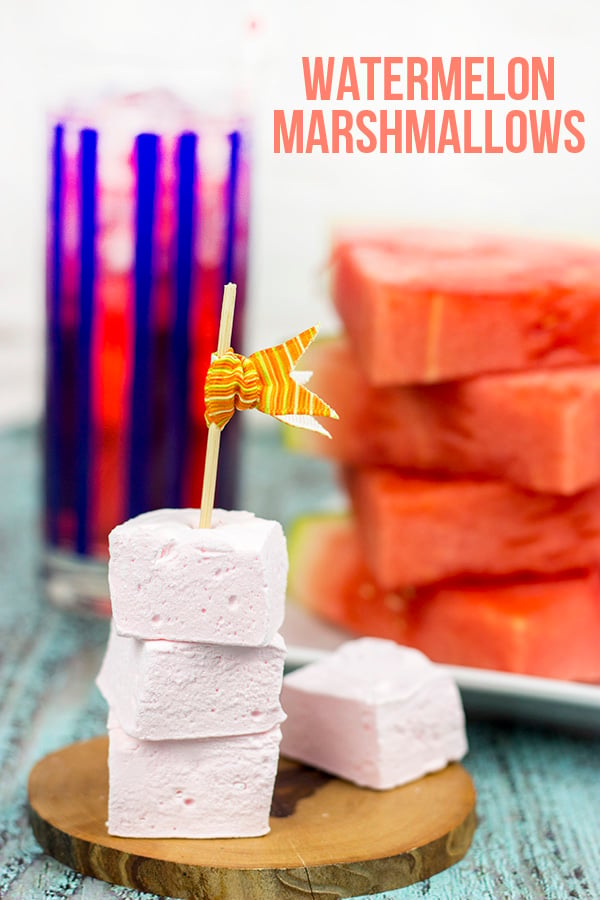 So just a couple of weeks ago, my wife and I went on a big vacation.  We went to Belgium and The Netherlands, and honestly it was an amazing trip!  (I love pretty much everything about western Europe, so it’s no surprise that this trip was awesome, too.)  Neither of us had visited these countries before, so we had no idea what to expect.  I think it’s safe to say that we were pleasantly surprised!  The weather was nice, the food was delicious and the desserts were out of this world.

In case you are wondering, Belgian waffles do indeed originally come from Belgium…imagine that!  But even better than a Belgian waffle is the Liege waffle.  These waffles are sold from street vendors all over Brussels, and they are quite simply one of the best street foods I’ve ever eaten!  I stopped by a grocery store and picked up some of the special sugar that you need for Liege waffles.  (Once I get a good recipe down, I’ll post it on Spiced…so stay tuned!)  But even better than Liege waffles was the Belgian chocolate.  I’ve never tasted chocolate like that in my mouth.  This wasn’t just any chocolate…it was like chocolate as an art form!  It seemed like there was a chocolate store every 10 feet, and I’m pretty sure I stopped at most of them!  (seriously…I think I did.) 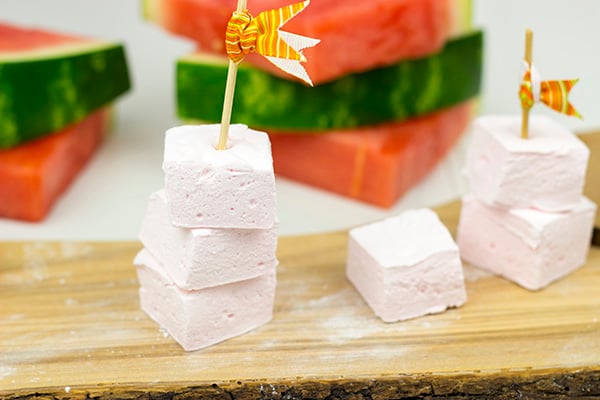 Of course, you can find plain chocolate all over the place, but what really intrigued me were all of the fun combinations.  One of my favorites was a chocolate lavender bark.  I enjoy lavender, but I can’t say that I’ve ever tasted it with chocolate.  Well, it works!

These unique flavor combos got my brain turning…so when we got back home I decided to have some fun.  That’s where these Homemade Watermelon Marshmallows come in.  Did you know that Kool-Aid can actually be used to flavor marshmallows?  Yup, it can.  And it’s really easy.  Just mix in a packet of Kool-Aid at the beginning and proceed making marshmallows as normal.  If you’ve never made homemade marshmallows, then you’re in for a treat.  It’s a messy process and I had marshmallow everywhere…but it was a treat nonetheless!  (I found a smudge of marshmallow on my elbow an hour later…how did that get there?) 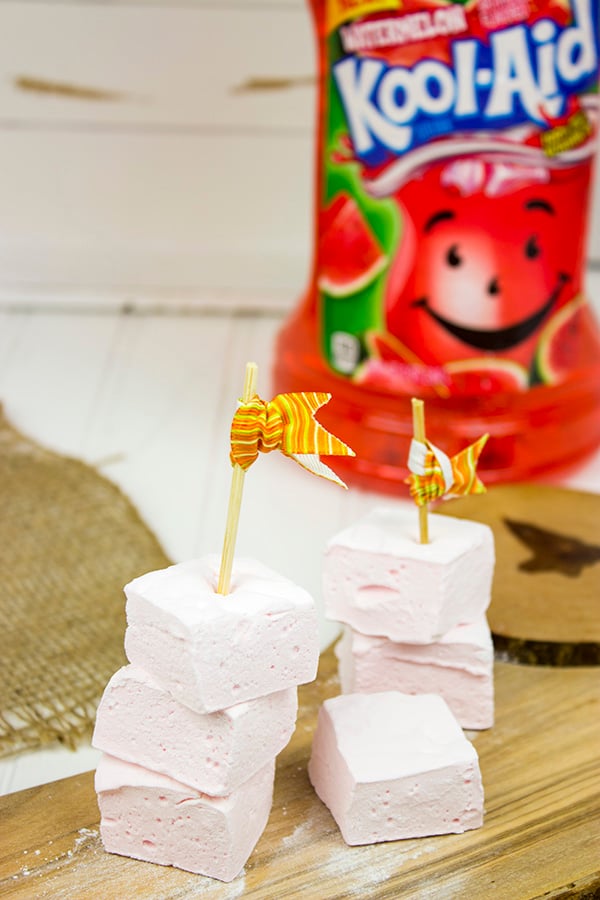 With all of the different Kool-Aid flavors out there, my mind is already whirring with all of the other fun marshmallows you could create.  What about Green Apple marshmallows?  Or Strawberry Lemonade marshmallows?  In fact, I bet you could turn those into some awesome summer s’mores.  I’d use white chocolate instead of milk chocolate, but I’m thinking Strawberry Lemonade S’mores might need to make an appearance in my backyard sometime this summer!

Speaking of Kool-Aid, have you seen the new 96-oz ready-to-drink bottles?  I picked up a bottle the other day at Walmart, and it totally sent me back to my childhood days!  (Now if only I still had that original Nintendo, too…)  With the summer heat coming quickly, a glass of ice cold Kool-Aid on the back porch sounds quite refreshing to me. 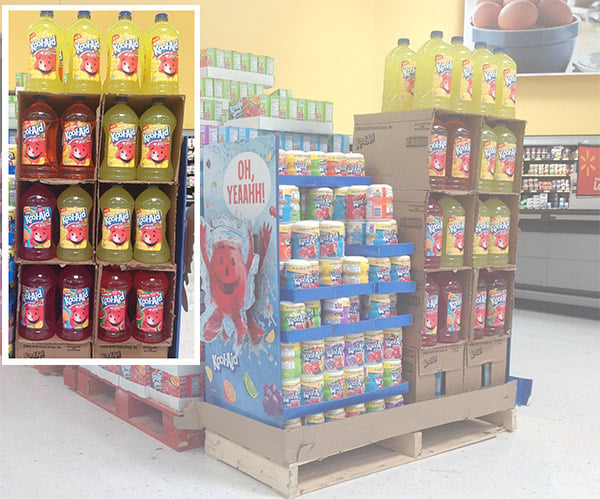 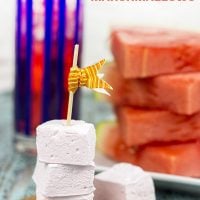