These Homemade Cream Puffs are not only surprisingly easy to make, but they’re also a delicious, light dessert for a warm summer evening! 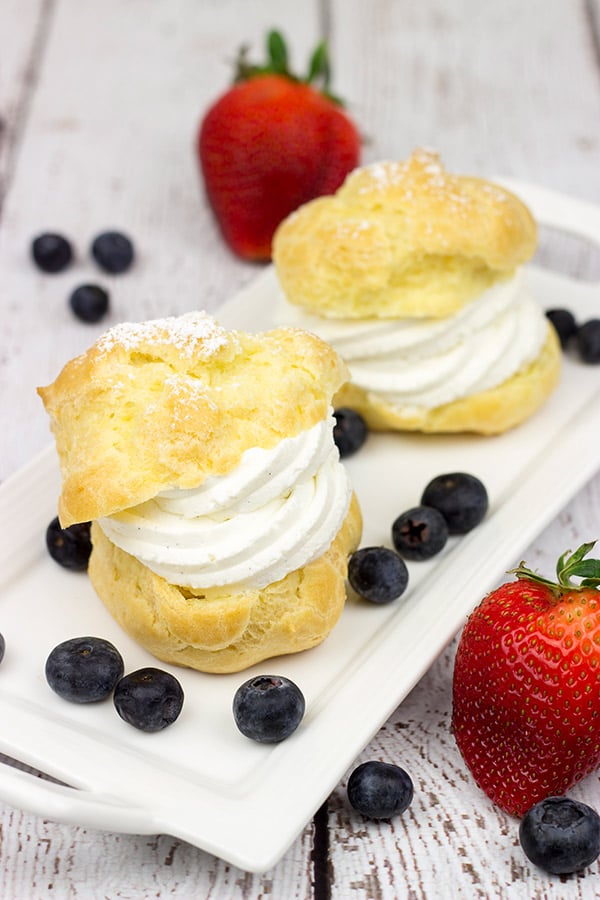 So my wife and I were sitting on the couch the other night flipping through channels on tv, and we stumbled across an old episode of Gilligan’s Island.  Woah!  I didn’t know that show was still on the air!  I’m pretty sure I watched every episode of Gilligan’s Island back when I was a kid.  In fact, I was also pretty sure that one day I would grow up and become the Professor.  I was enamored by all of his clever and witty gadgets.  Of course, those gadgets never really helped the crew get off the island, but they were still clever.  And witty.  As I’ve grown up, I realize that I never turned into the Professor, but as fate would have it, I did marry an engineer who spends her days inventing all sorts of cool stuff.  Like a bicycle-powered washing machine and jet pack fuel for the jet pack that we found washed up on the beach. 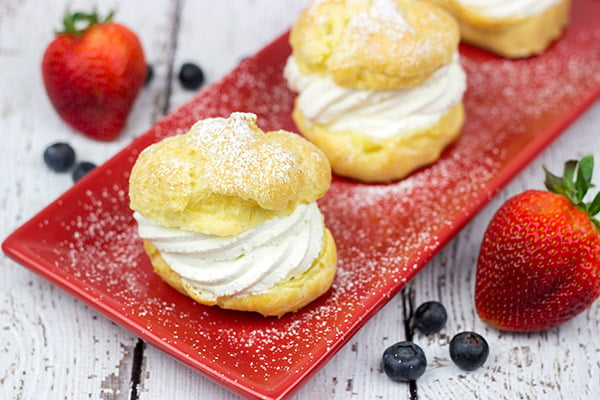 Instead of inventing awesome gadgets, I instead spend my days in the kitchen.  I’m not sure what it is, but the process of making homemade bread is absolutely fascinating to me.  (Not to mention the fact that homemade bread tastes amazing!)  With the 4th of July quickly approaching, I wanted to create a light and easy dessert that would be fun to serve at a summer party.  After a bit of brainstorming, I settled on Homemade Cream Puffs.  Cream puffs are actually made from the exact same dough as eclairs.  (In case you missed it, I made these tasty Java Coconut Eclairs a couple of months ago.)  In fact, other than the shape, the main difference between eclairs and cream puffs is the fact that eclairs are typically filled with pastry cream while cream puffs are filled with fresh whipped cream. 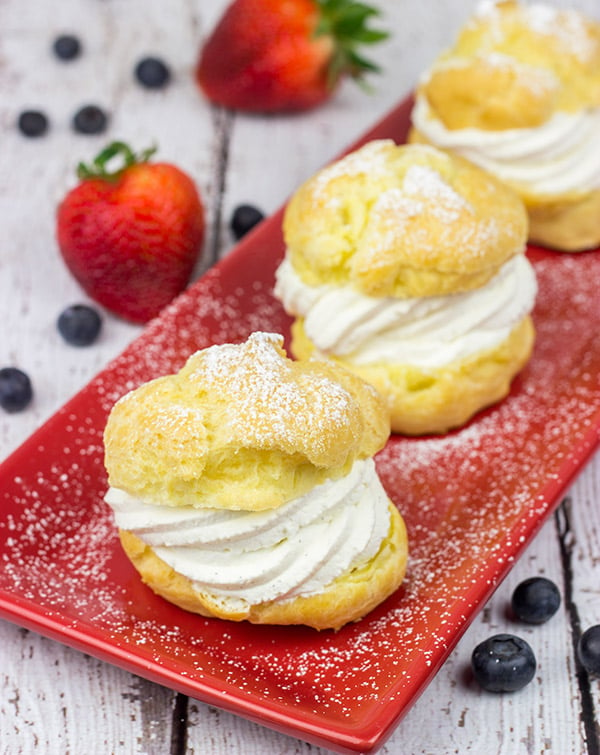 I don’t know about you, but the thought of a nice pastry filled with slightly sweetened whipped cream and served with ripe strawberries and blueberries is pretty much the perfect summer dessert!  And Homemade Cream Puffs are great because you can make the shells a day or two in advance.  (If you do make the shells in advance, be sure to slice them in half before storing them to keep them from becoming too soggy.)  Then all you have to do on the day of the party or picnic is whip up a quick batch of whipped cream and add some fresh berries.  Easy peasy!

Oh, and one more baker’s note is that eclairs and cream puffs are best when filled right before you serve them.  We served these at a dinner party with friends, and I baked the shells and sliced them in half earlier in the day.  Then I whipped up the cream and stored it in a bowl in the fridge.  That way, I was ready to roll when it was dessert time, and it worked out perfectly.  If you’ve never made Homemade Cream Puffs before, then it’s time to start.  They’re surprisingly easy to make, and they’re the perfect light dessert for a warm summer evening!  And now I’m off to research how to recharge a radio using just bamboo and coconuts.  I suspect I will need my wife’s help on this one.

For another fun and festive summer dessert idea, check out this
Patriotic Red, White and Berry Tart! 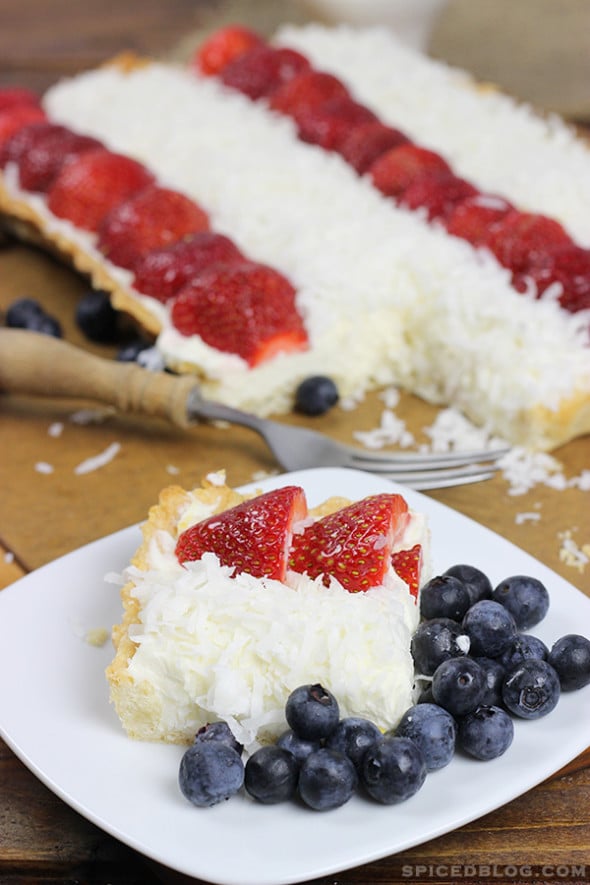 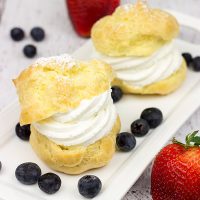 For the Whipped Cream

For the Whipped Cream

The unfilled shells will last for 2-3 days. Simply slice the tops off of each shell as soon as they are cool and store lightly covered at room temperature.