Loaded with layers of flavor, these Grilled Southwestern Potato Skins are one heck of a delicious summer appetizer! 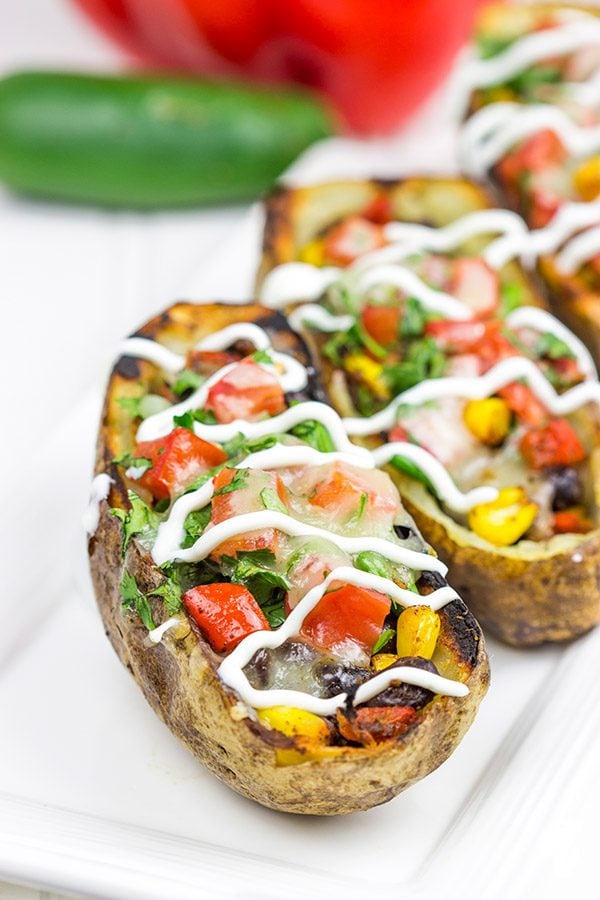 For all of you Elf fans out there, you might remember Buddy finding the coffee shop that advertised the World’s Best Cup of Coffee.  “You did it!  Congratulations!  World’s best cup of coffee!  Great job, everybody!  It’s great to be here.”  Man, there’s some movies that just never get old. 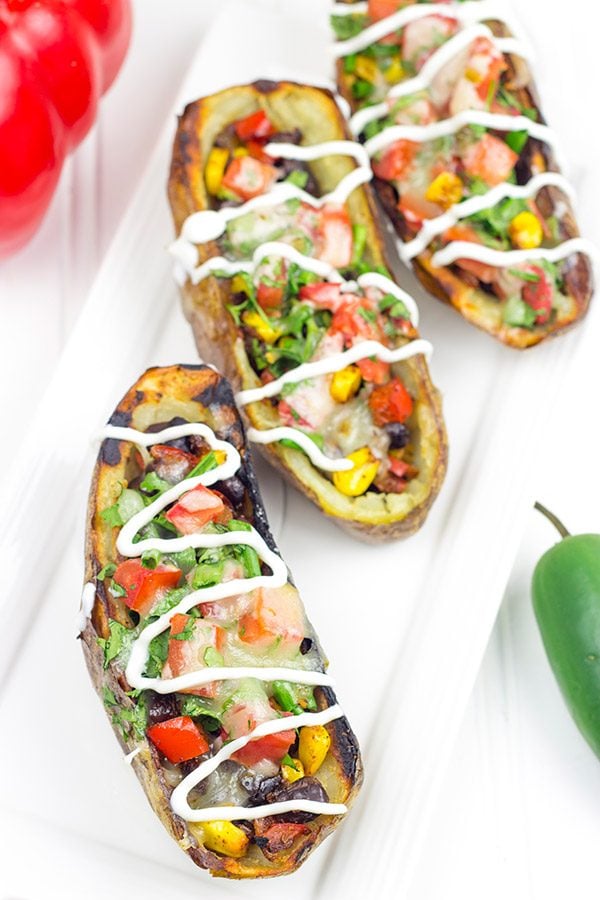 So why am I quoting Elf in the middle of the summer?  Well, a couple of months ago, I took the train down to NYC to visit some of my close friends from Atlanta who were on vacation for their anniversary.  We spent the weekend doing touristy things, but it was totally awesome!  We roamed the halls of the American Museum of Natural History.  We wandered through Central Park.  And, yes, we got stuck waiting for a train for well over an hour.  It wouldn’t be a trip to NYC without spending some quality time in the subway, right? 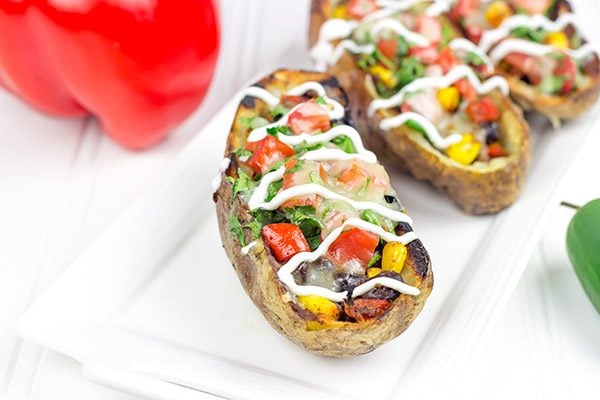 As we were about to head into the Museum of Natural History, we realized we should grab lunch first.  I mean, looking at all those dinosaur bones will make anyone hungry!  So I pulled up my handy Yelp app to see what restaurants were in the area.  We made our way to a Mexican restaurant several blocks over that had pretty good reviews.  The food was great.  Yelp wins again.  But what made the visit to this restaurant memorable was the sign behind the bar advertising the World’s Best Margarita.

Of course, my friend (who is a huge movie buff) had to congratulate the waitress on creating the world’s best margarita.  I don’t think she got the joke.  She agreed that it was a delicious margarita, but I think she thought my friend was a little bit odd.  (Ok, maybe he is.  But that’s why I love the guy!)  And, of course, he had to order a round of margaritas.  I mean, they were the World’s Best Margaritas, after all!

So after taking just one bite of these Grilled Southwestern Potato Skins, I was in potato skin heaven.  I promptly declared (to my dogs since I was the only one at home) that they were the World’s Best Potato Skins.  Are they actually the world’s best potato skins?  Probably not.  But they are pretty sweet. 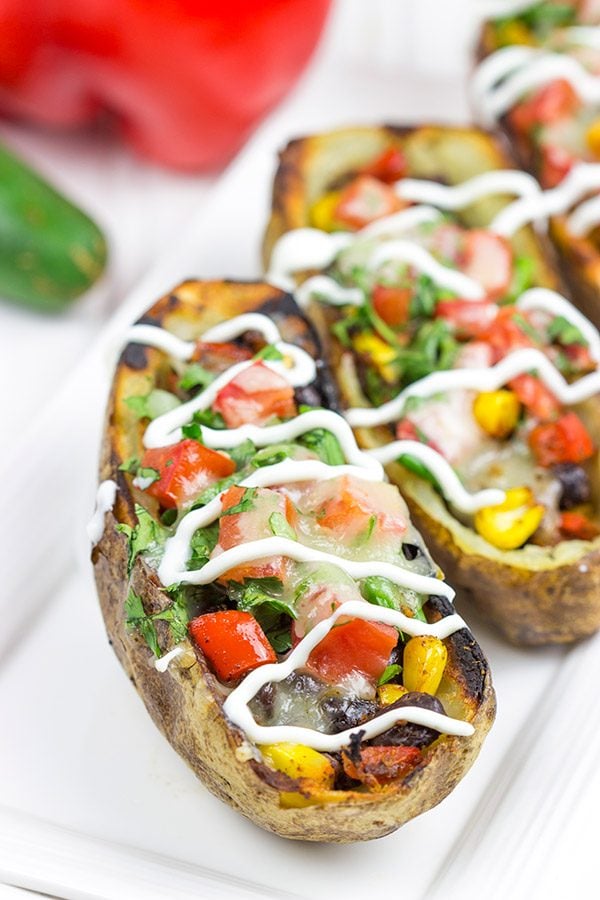 This was the first time I’ve ever grilled potato skins, and they came out quite well.  I did bake the potatoes in the oven, but once I scooped ’em out, I just tossed those bad boys on the grill for several minutes.  The skins turned nice and crispy…the perfect vessel for loads of delicious southwestern flavors.

Did you make these Grilled Southwestern Potato Skins at home?  Leave a comment.  Or snap a photo and tag me on Instagram (@Spicedblog)!  Happy grilling!

Looking for more fun grilling recipes?  Check out these other favorites: 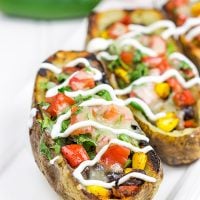