You are here: Home / Recipes / Green Apple and Sausage Stuffing 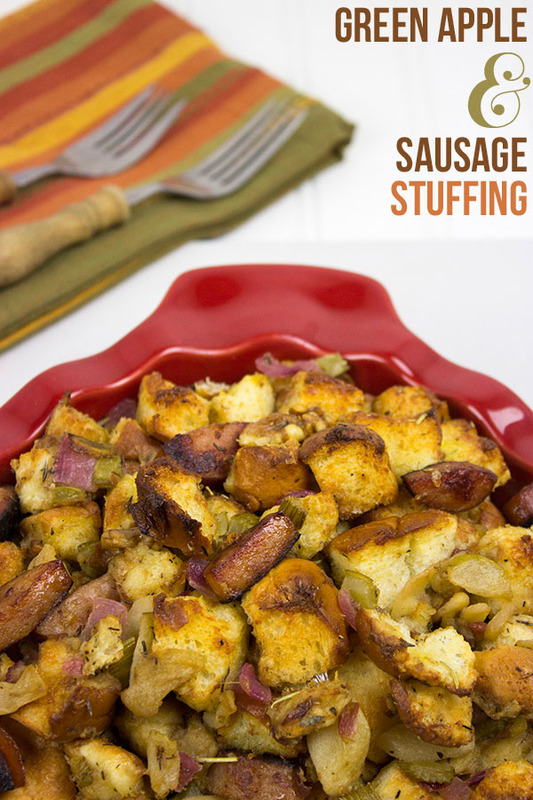 Is anyone else sad that Halloween is now over?  I know I am!  Halloween is quite possibly one of my favorite holidays of the year.  But now that the ghosts and goblins have been packed away until next year, it’s time to turn my attention to the next awesome holiday…Thanksgiving!  One of my favorite things about Thanksgiving is the time spent with family and friends.  Oh, and the delicious food and good football certainly rank up there, too!  Speaking of delicious food, this Green Apple and Sausage Stuffing recipe has quickly become one of my favorite all-time stuffings.  Instead of plain white bread, this stuffing uses King’s Hawaiian® Dinner Rolls, and the slight sweetness of these rolls goes very well with the tartness of the green apple.  Throw in some cooked sausage, toasted walnuts, celery, and onions, and you’ve almost got an entire meal in this single dish! 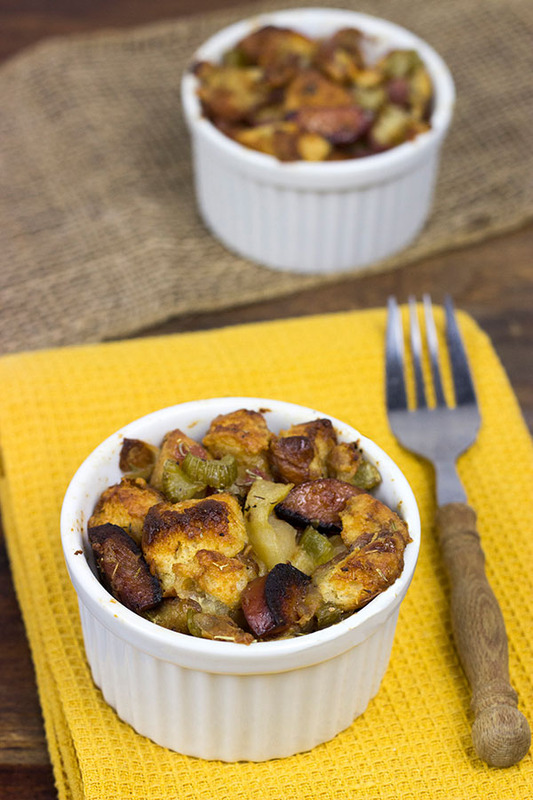 Stuffing is quite possibly one of the most anticipated side dishes on the Thanksgiving table.  Of course, if you grew up in the South like me, then you probably refer to stuffing as dressing.  My wife was so confused when I kept referring to the dressing on our first Thanksgiving!  No matter what you call it, a good stuffing can truly rival the turkey itself.  Some people prefer to bake their stuffing inside the turkey, while others bake it in a separate casserole dish.  I personally make my stuffing baked separately, but that’s just my own personal preference.  Either way, stuffing is right up there near the top of my list for tasty Thanksgiving dishes.  And the best part about stuffing (aside from its’ deliciousness) is the fact that it can be made the day before.  All you have to do is just bake it the next day.  That way, when you are trying to time 8 different recipes to appear on the Thanksgiving table at the same time, you can rest a bit easier knowing that the stuffing is almost done already! 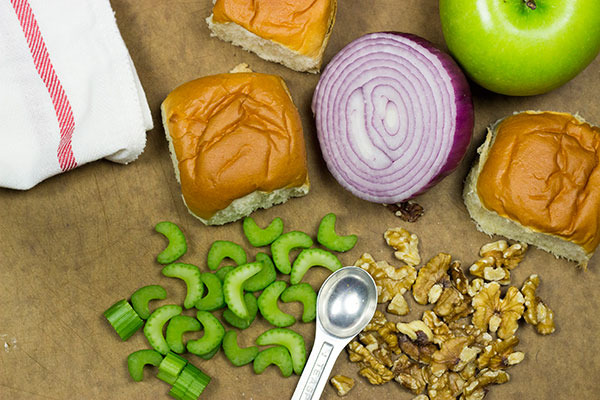 So after many years of making the same mistake, I’m finally going to fix the problem this year.  Yup, I’m making a double batch of this Green Apple and Sausage Stuffing.  Every single year, we always run out of stuffing before anything else.  Well, not this year!  I absolutely love eating Thanksgiving leftovers all weekend long, so this year I’m going to make enough of this stuffing for a small army…which means it will probably last for two days instead of just one.  I find this stuffing to be particularly addicting due to the combination of sweet and savory flavors.  King’s Hawaiian® Dinner Rolls are absolutely perfect for this recipe, and honestly plain white bread just wouldn’t be the same here. 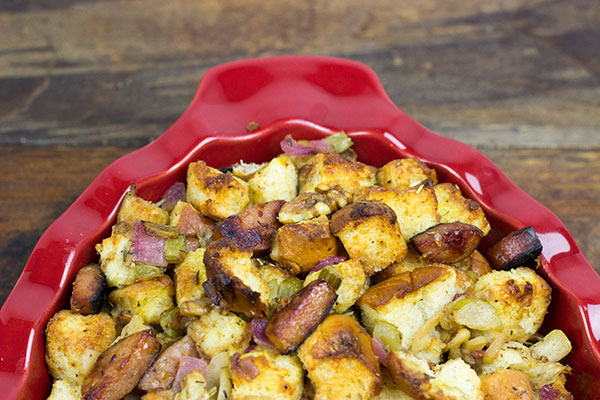 This is a sponsored conversation written by me on behalf of King’s Hawaiian®. The opinions and text are all mine.