Topped with artichokes, olives and feta, this Greek Pizza is perfect for a fun twist on pizza night! 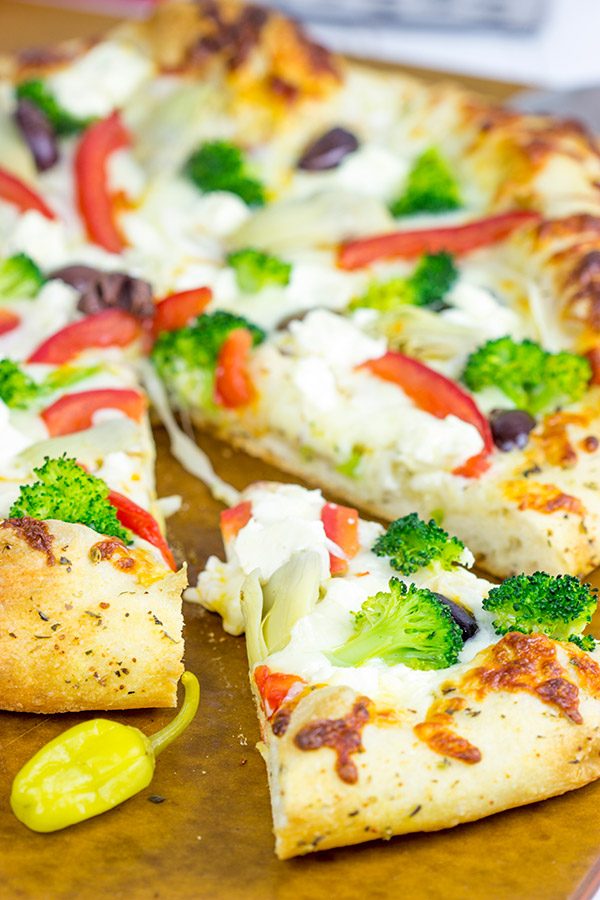 For better or worse, I grew up in the age of video games.  We had an Atari 2600 when I was really young, and I remember getting the original Nintendo Entertainment System (NES!) for my 6th birthday.  I had a sleepover with a bunch of guys for that birthday, and I remember we played Super Mario Bros. all night long.  As the years went on, I kept playing video games.  Mario and Zelda ranked among my favorites, and I would beat the game only to then go back and start from scratch again. 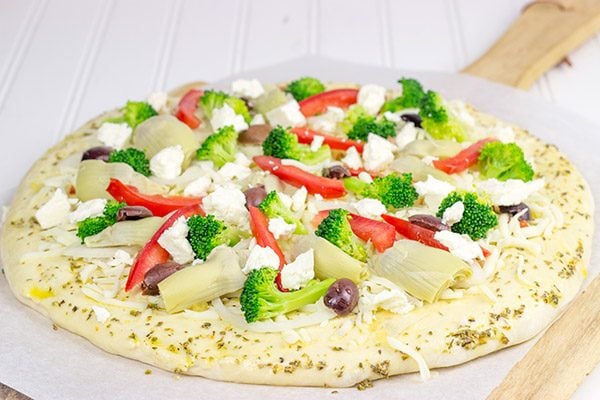 I also loved when people would watch me play.  I have no idea why.  Maybe I was proud of my Goomba-stomping abilities in Mario or my Stalfos-chopping abilities in Zelda.  Whatever the reason, I was always begging people to watch me play Nintendo.  I’d con my little sister into sitting there and watching me.  I’d beg my parents.  I even remember getting my grandma to come sit on my bed and watch me play.  I mean, that’s a good grandma right there!  In hindsight, she was probably wondering to herself what in the heck was going on…but she loyally sat next to me and acted happy when I beat a level.  Oh, those were good times! 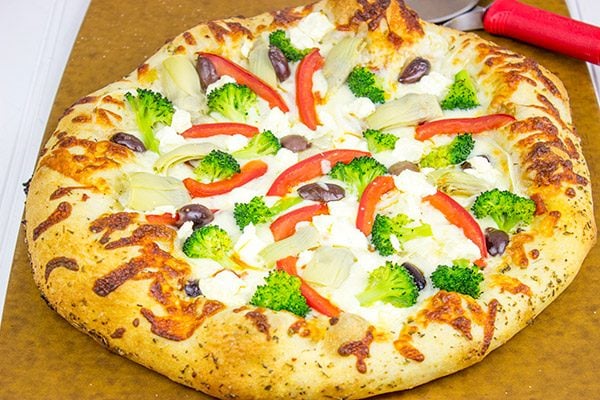 Over the years, I’ve continued to play video games.  I’d go and get each Mario and Zelda game as they were released.  I even ventured into the world of online games for a bit.  While those games are incredibly awesome, they’re also incredibly addicting.  For the sake of living a healthy lifestyle (and not chasing away my future wife), I had to ban myself from playing those.

A few weeks ago, I was driving home from the grocery store, and I noticed that a neighbor had a whole table of stuff (my wife would call it “junk”) sitting on his front lawn for sale.  These neighbors were moving, so they were clearly trying to reduce the amount they had to pack.  I actually pulled over because I saw an Easy Bake Oven.  We have a friend who always wanted an Easy Bake Oven, and she’d told us that she was sad her parents never got her one.  Well, we got her one.  For $5.  Sweet score! 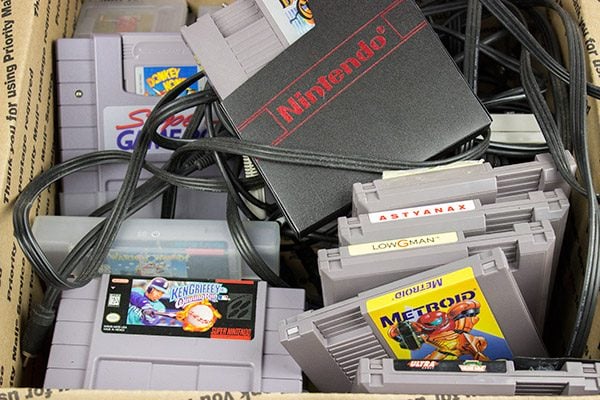 But then I noticed the box of cords.  There were several of those old telephone cords (who has landline phones anymore!?) and some other unidentifiable cords in there.  But then I noticed there were Nintendo games in there, too.  I only glanced at the box before I grabbed and it and looked around at my neighbors’ houses hoping no one was going to come take it away from me.  I asked our neighbor how much he wanted for the box, and he just told me everything was $5.  Well, that box ended up in the back of my car faster than you could even know! 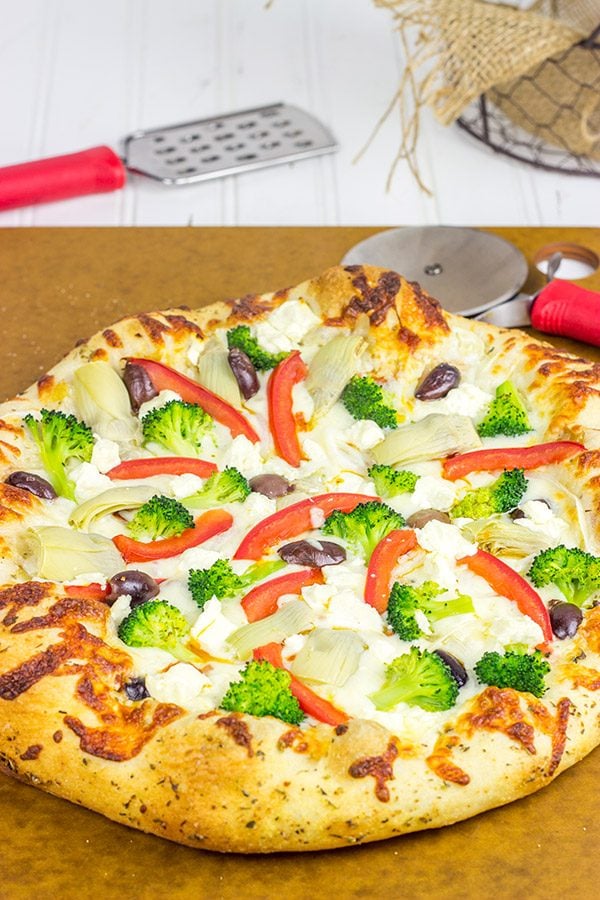 So there was no actual Nintendo console in the box (he had told me that), but there were loads of games.  I’m talking Castlevania, Metroid, Teenage Mutant Ninja Turtles.  I mean these were classics!  And all for $5.  That was a total steal in my opinion.  Even my wife who abhors “junk” gave her nod of approval.

What better to go with a night of old-school video gaming than a tasty pizza?  Talk about taking me back to childhood…pizza and video games on a Friday night was where it was at!  Sure, maybe the tv’s are a little bit (a lot bit) bigger these days.  And maybe the pizza was a little different than a basic pepperoni and cheese.  But that night of video games and pizza totally took me back a few decades.  The only thing missing was some Tears for Fears, Genesis and Joan Jett cassette tapes playing in the background. 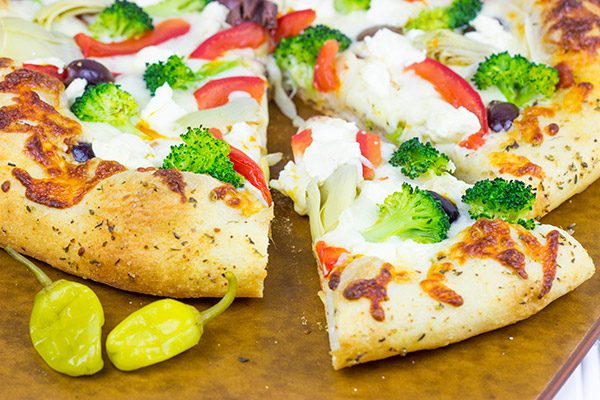 We skipped the classic pizza for this night and went with a tasty Greek Pizza instead.  Loaded with artichokes, olives and feta, this pizza was nothing short of awesome.  It was like finding the secret level in Super Mario Bros. kind of awesome.  It’s Friday night.  Go make this Greek Pizza and pull out some old video games!  If your old video games are long gone, come on by my house.  We have a whole box full.

Did you ever play Nintendo back in the day?  What was your favorite game?

Love homemade pizza?  Try some of these other fun pizzas, too! 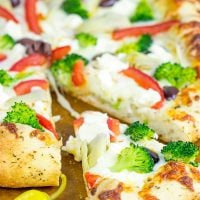 If your local grocery store has an olive bar, check to see if it has roasted garlic on the bar. It's often an easy way to pick up roasted garlic if you don't want to roast it yourself!