Baked in a gingersnap cookie crust, this Eggnog Cream Pie makes for one heck of a delicious treat during the holidays!  Cheers!

The early colonists in America loved their rum.  Given that rum from the Caribbean islands was plentiful and fairly inexpensive, it’s easy to see why it become the alcohol of choice for the colonists.  Early accounts of life in the 1700’s refer to rum quite often.  In fact, one of the more popular drinks, a “Bumbo,” was simply a mixture of rum, sugar, water and nutmeg.  Funny story about Bumbo: it was used to “bribe” voters in early elections.  Sure enough, even George Washington got in on the act.

“When twenty-four-year-old George Washington first ran for a seat in the Virginia House of Burgesses, he attributed his defeat to his failure to provide enough alcohol for the voters. When he tried again two years later, Washington floated into office partly on the 144 gallons of rum, punch, hard cider and beer his election agent handed out—roughly half a gallon for every vote he received.” ~Daniel Okrent, from his book Last Call: The Rise and Fall of Prohibition. 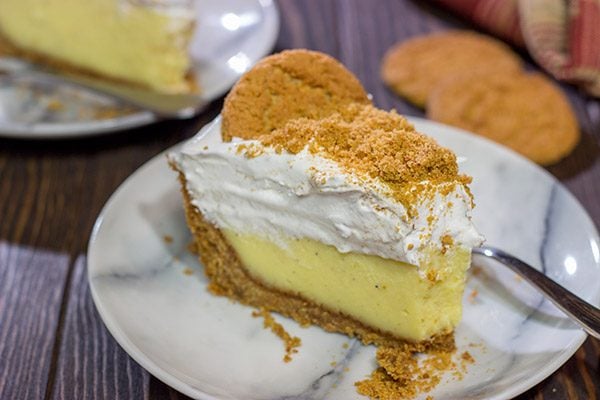 Rumors about bribing voters arise now and then, but they’re a far cry from the half a gallon of alcohol that George Washington handed out!  Speaking of George, it seems that our first president was quite fond of eggnog.  According to records, Washington’s recipe for eggnog was “one quart cream, one quart milk, one dozen tablespoons sugar, one pint brandy, 1/2 pint rye whiskey, 1/2 pint Jamaica rum, [and] 1/4 pint sherry.”  No wonder ol’ George was so popular…that drink has 4 kinds of alcohol in it!

I’ve always loved a good glass of eggnog myself, and Laura and I make sure to pick up a container as soon as we head into the holiday season.  (We actually have a local convenience store chain in the area that carries eggnog year-round.  It’s kinda awesome!  Although I must admit that drinking eggnog in June is a little bit strange…) 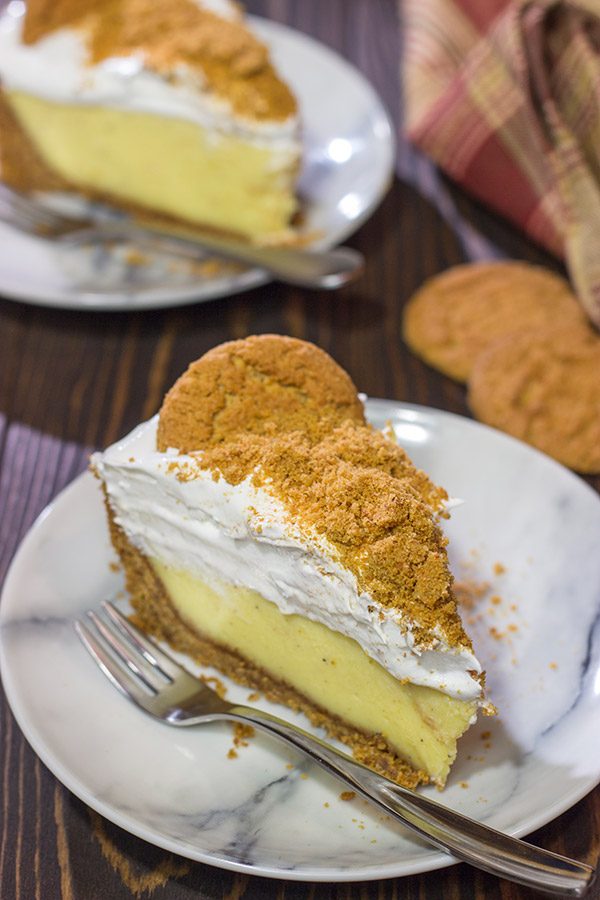 I got to wondering the other day whether eggnog could be used in a dessert.  I figured any dessert that relies on heavy cream would probably work well with eggnog…and I was right!  I’ve made several cream pies over the years, so I tweaked those recipes a bit until I ended up with this Eggnog Cream Pie.  Holy cow, this is delicious!  In keeping with the holiday vibe, I opted to make a gingersnap crust for this Eggnog Cream Pie.  (It was simply ground up gingersnaps, or ginger nuts as they’re called over in the UK, and butter.)  All together, the gingersnap crust topped with the creamy eggnog filling made for one heck of an excellent holiday dessert! 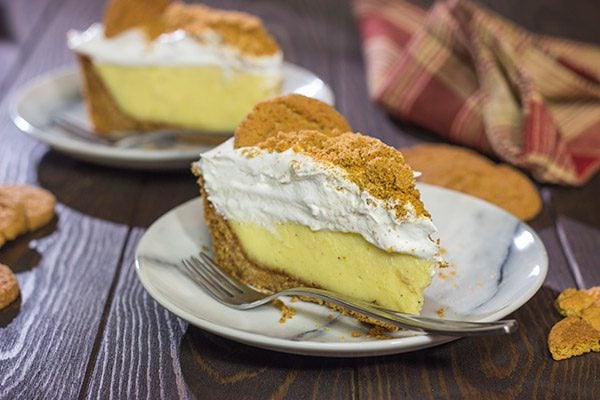 If you’re not in the mood to blitz some gingersnaps to oblivion, then I’m sure this pie would taste great with a store-bought graham cracker crust.  I do highly recommend garnishing the top of the pie with gingersnaps, though.

To rum or not to rum?

Funny enough, I actually prefer my eggnog unadulterated.  I love a good glass of bourbon, and I’ve gotten to where I can appreciate rum.  But when it comes to nog, I just like it plain.  I chose to leave the alcohol out of this Eggnog Cream Pie, although you could easily add a couple tablespoons based on your own personal preference.  I just chose to eat my slice of pie with a glass of bourbon on the side!  No matter how you serve it, I can promise that this Eggnog Cream Pie will be a hit among eggnog lovers in your house!  Cheers, friends, and Happy Holidays! 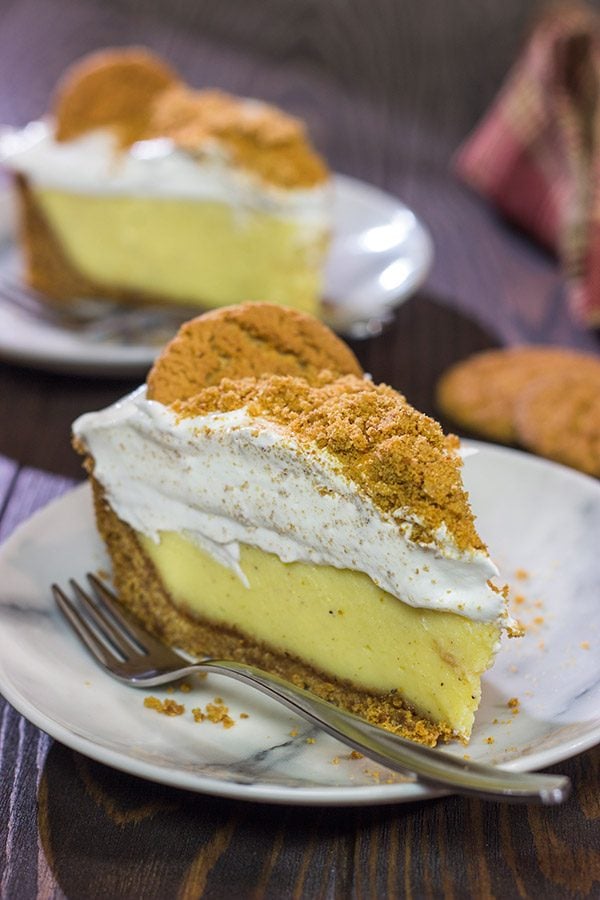 Did you make this Eggnog Cream Pie at home?  Leave a comment.  Or snap a photo and tag me on Instagram (@Spicedblog)!

Looking for other tasty holiday desserts?  Check out these other favorite recipes, too: 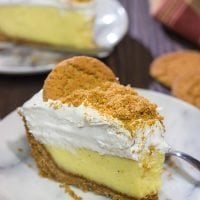 For the Eggnog Filling

For the Eggnog Filling