This Cinnamon Roll Twist is a fun twist – literally – a classic breakfast recipe! 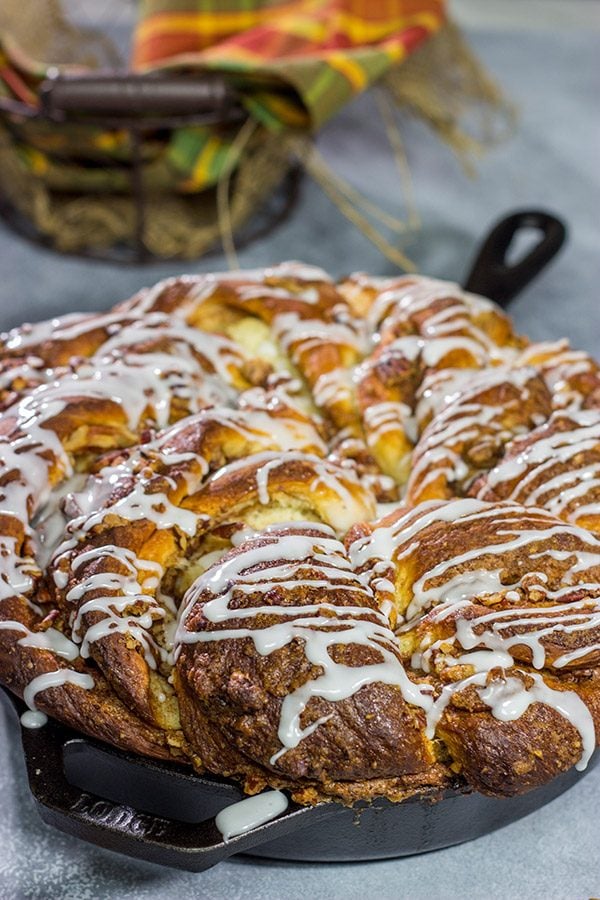 Keepsakes.  Robbie brings the best stuff home from preschool, and we recently made him a keepsakes bin that we store at the top of his closet.  (By keepsakes bin, I mean a big plastic container with a lid.)  Laura and I both have a box of our childhood things tucked away in the basement.  There are some pretty awesome things in those boxes!  So it only makes sense that we’ve started keeping some of Robbie’s better keepsakes. 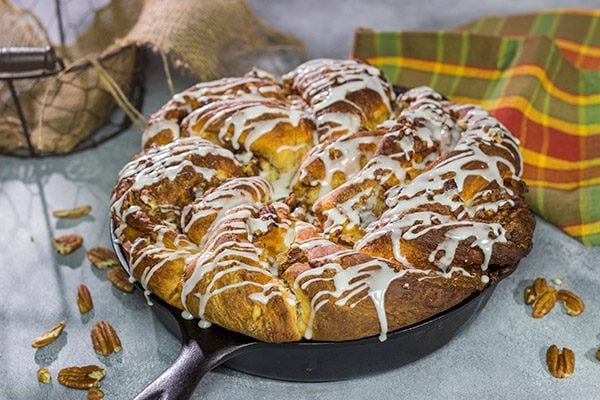 To be fair, Robbie brings a lot of stuff home from preschool.  Pages that he “colored.”  (i.e. Pages with one line drawn on them.)  Pages for the letter of the week…every week.  Not all of these things are making their way into his keepsake box.  Some have been landing in the circular filing cabinet.  Don’t worry…we’re keeping the good ones!  Like the Mother’s Day info sheet that Robbie filled out about Laura.  (Apparently her favorite food is quesadillas.) 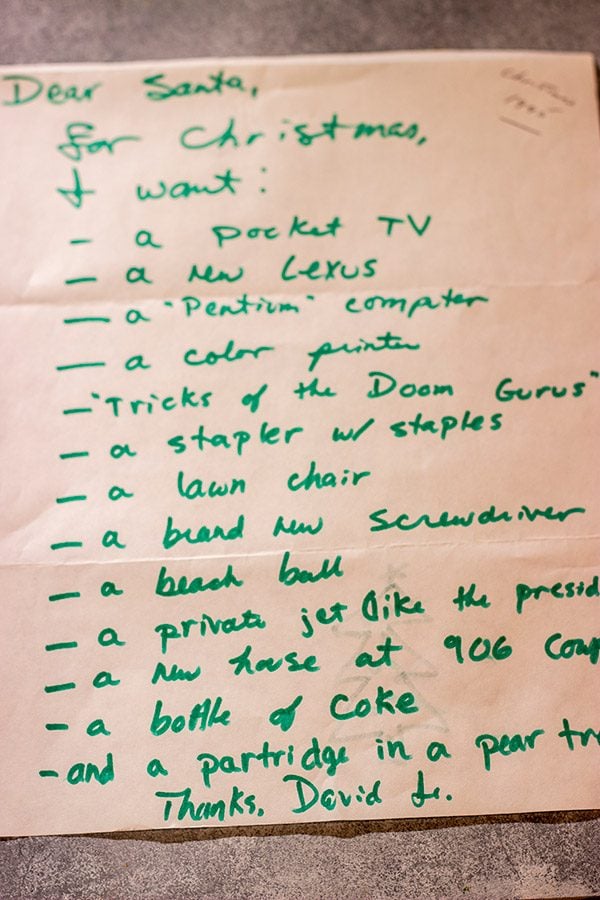 Last week, I got a letter from my Dad, and it turns out that he found a Christmas list that I made for Santa when I was 15 years old.  Apparently my 15-year-old self wanted a pocket tv, a new Lexus and a Pentium computer.  Let’s break this down for a minute.

I’m pretty sure I finally got that pocket tv.  It’s called a smartphone.

I never got a Lexus (yet), but I’m totally ok with that one. 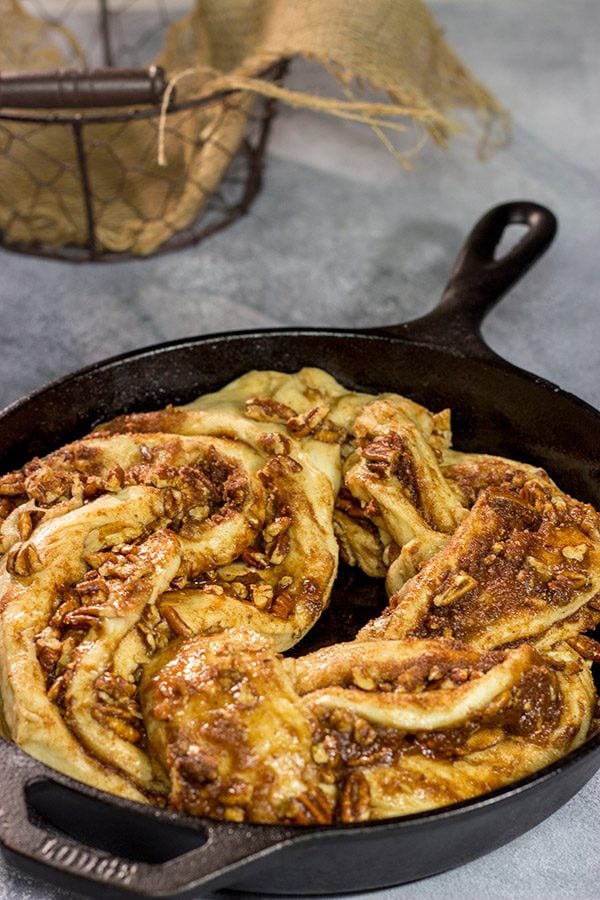 You see, I was quite the negotiator back when I was younger.  Or at least I thought I was.  I filled my list with ridiculous items in an effort to actually get the items I wanted.  In this case, I guess I really was after a book called “Tricks of the Doom Gurus.”  I must’ve had grand visions of learning how to program my own video games.  (Doom was a classic video game back in the day, and it’s still widely recognized as a major advancement in video game technology.)  As I recall, I actually did get that book for Christmas that year, but I didn’t get a pocket tv.  Bummer. 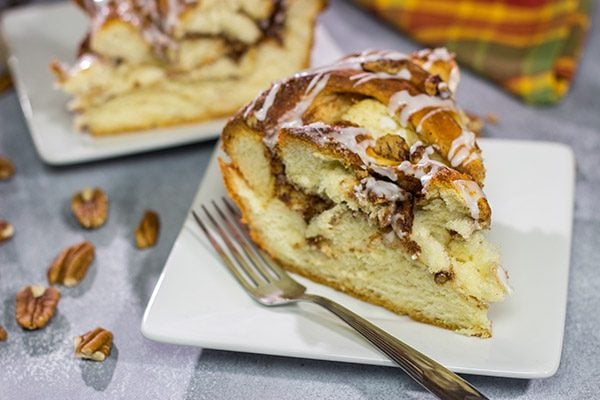 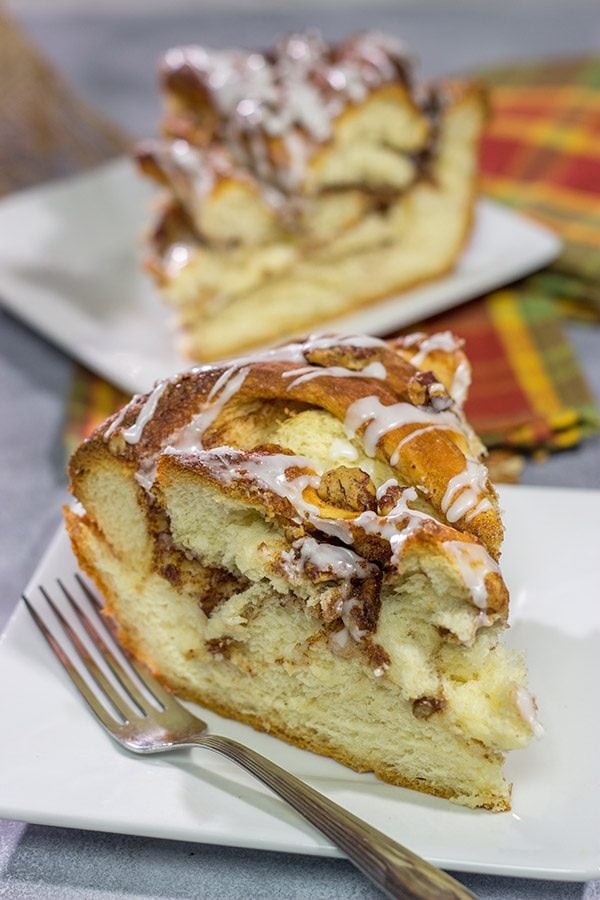 If you’ve ever made homemade cinnamon rolls, then this Cinnamon Roll Twist will look very familiar.  The dough is made the same way.  The filling is brushed the same way.  The process takes a slight turn when it comes to slicing up the rolls.  Instead of slicing 8-10 rolls out of the log of dough, you simply cut the log of dough lengthwise and twist the two pieces back of forth.  Pinch the two ends together to create a circle, and then let that dough rise in a cast iron skillet.  Bake it up and *boom* Cinnamon Roll Twist.  If you love cinnamon rolls as much as I do, then this twist needs a spot on your baking agenda.  It’s a fun one!

As for me, I’m off to wonder why my 15-year-old self asked Santa for “a stapler with staples.”  Happy baking!

Did you make this Cinnamon Roll Twist?  Leave a comment!  Or snap a photo and tag me on Instagram (@Spicedblog). 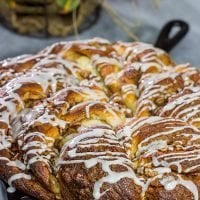