Fresh summer corn.  Crispy bacon.  Parmesan cheese.  This Creamed Corn with Bacon is a delicious side dish for summer grilling! 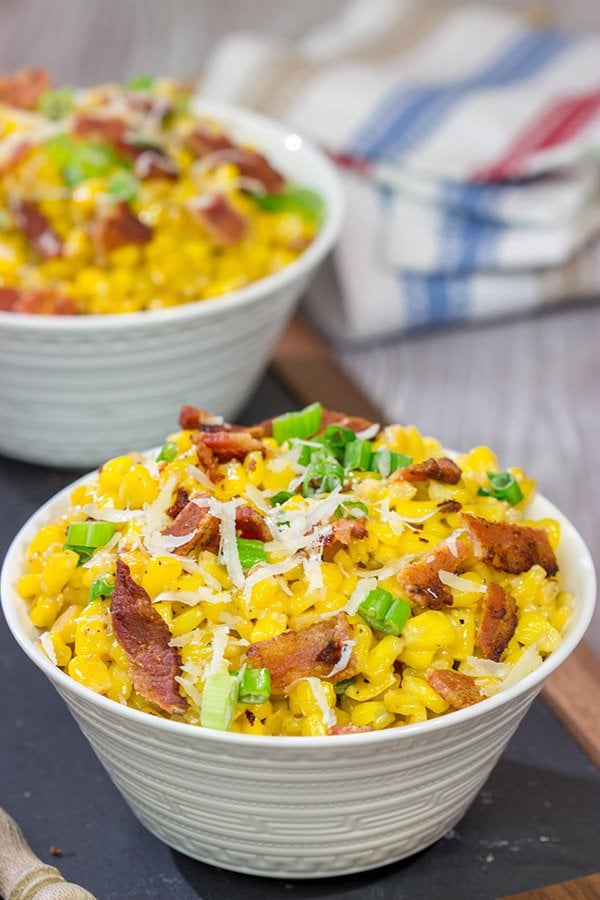 Did you know that each and every ear of corn has an even number of rows of kernels?  Not to get all nerdy here, but there’s a bit of science involved.  You see, each ear of corn is technically a group of flowers attached to a single stem (the cob).  Each of the flowers on the cob has the potential to turn into a kernel.  Like so many other things in nature, the rows are always even because they form as pairs.  Similarly, did you know that watermelons always have an even number of lines?  Next time you get a watermelon, count the lines.  The number might vary, but it will always be even.  Same with corn.  #FunFactsToKnowandShare 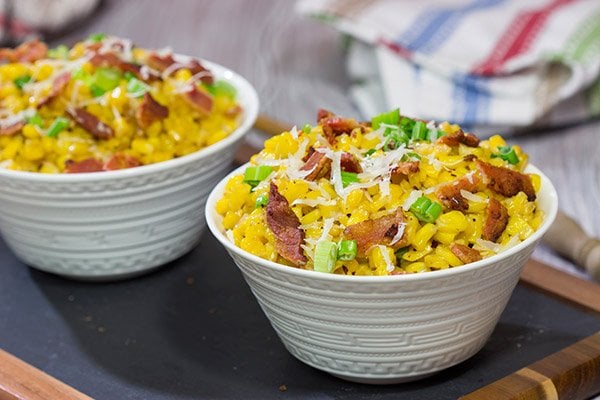 Moving on from today’s science lesson, let’s talk about how delicious fresh farm corn can be.  Frozen or canned corn is fine in the winter, but when fresh corn is in season, that’s the only way to go!

I read somewhere that nearly half of the sugars in corn turn into starch within the first 8 hours after that corn is picked.  That’s why sometimes you’ll get an ear of corn that tastes amazingly sweet and other times you get an ear that tastes “starchy.”  When possible, try to stop by a local farm stand for your corn…and then take it straight home to eat it! 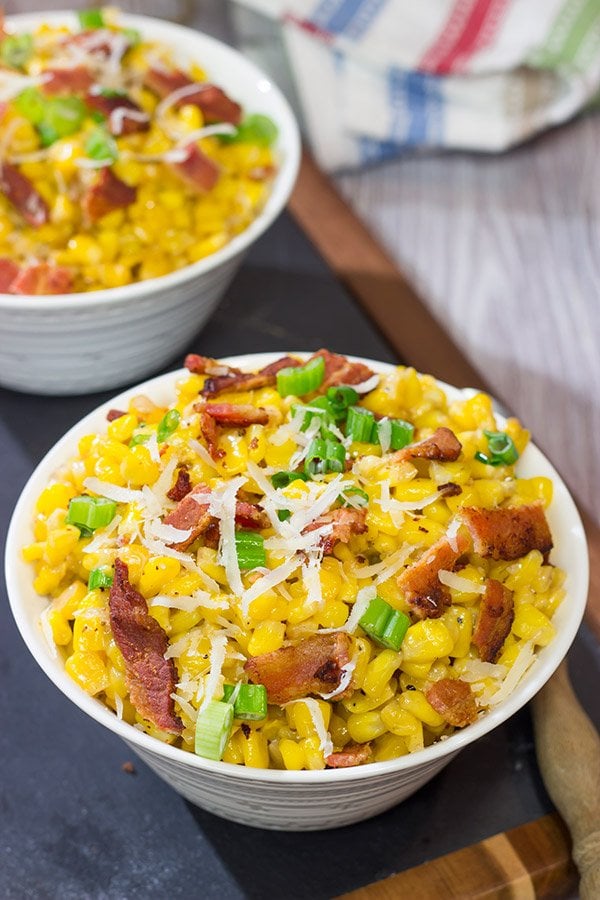 There’s absolutely nothing wrong with biting into an ear of fresh corn.  I love it!  However, if I’m feeling a bit adventurous, I’ll whip up a batch of creamed corn.  And then I’ll add bacon.  (Bacon makes everything better, right?)  This Creamed Corn with Bacon is a relatively easy recipe that really highlights the sweet flavor of fresh summer corn.  Oh, and did I mention the bacon? 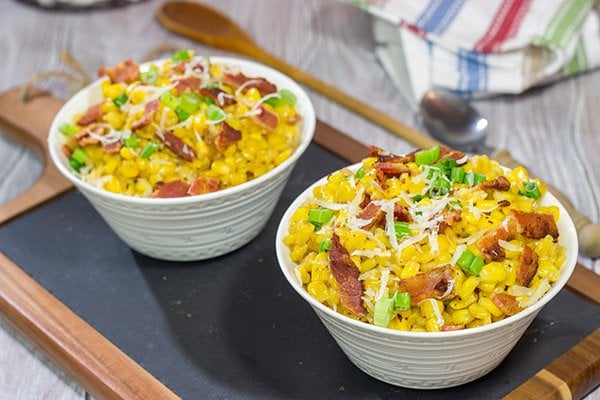 When it comes to recipes for creamed corn, you’ll see everything from corn swimming in cream to corn with just a bit of cream mixed in.  I tend to err on the side of more corn to cream ratio.  There’s enough cream in this recipe to add creaminess, but I prefer to go heavy on the corn.  Trust me – the flavor is there. 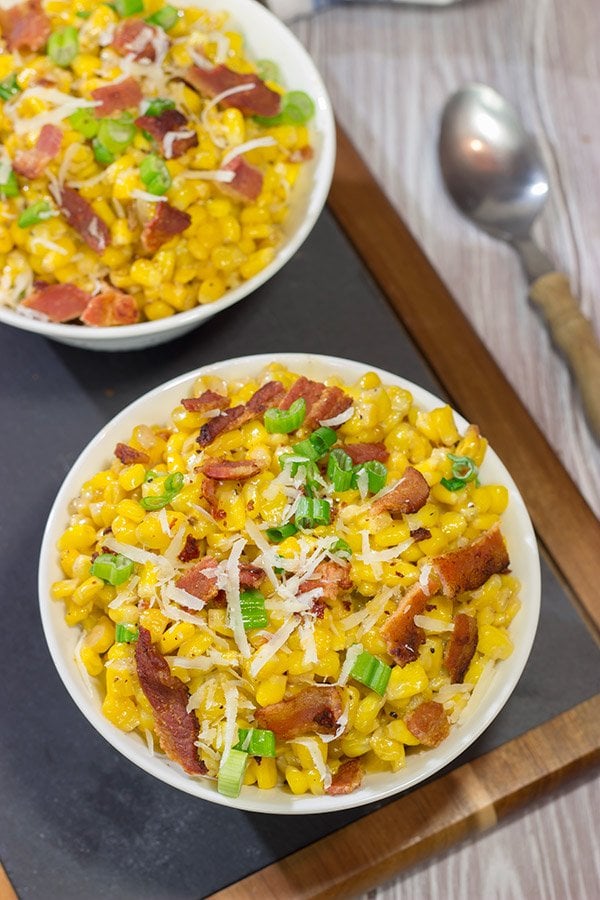 This Creamed Corn with Bacon is a staple summer side dish around here.  It’s a homey, comfort-food type of recipe that pairs well with nearly anything on the grill.  A grilled steak or chicken breast alongside creamed corn is a pretty fantastic meal!  So I say stop by that farm stand on the way home from work and pick up some ears of corn.  Eat a couple of ears plain, but then use the rest to make this Creamed Corn with Bacon.  Trust me when I say it will become a family favorite!

Note: This recipe calls for 12 ears of corn.  That’s a lot of corn.  We usually find that we can get about 8 servings from this recipe, however you could easily cut the recipe in half.

Did you make this Creamed Corn with Bacon at home?  Leave a comment, or snap a photo and tag me on Instagram (@Spicedblog).  I’d love to see your version! 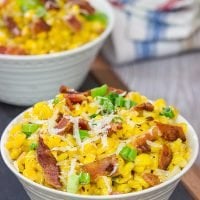 Looking for more tasty summer side dish recipes?  Check out these other favorites, too: 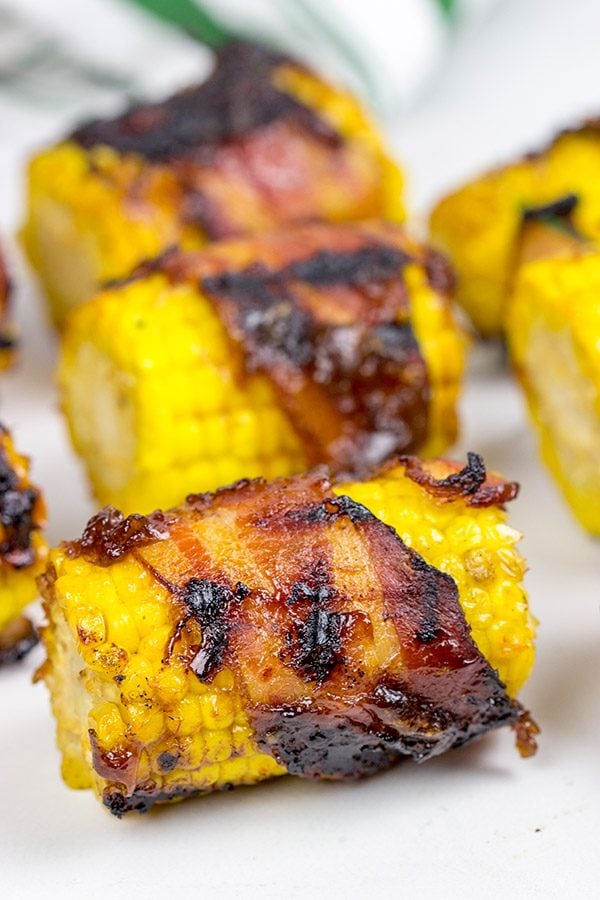 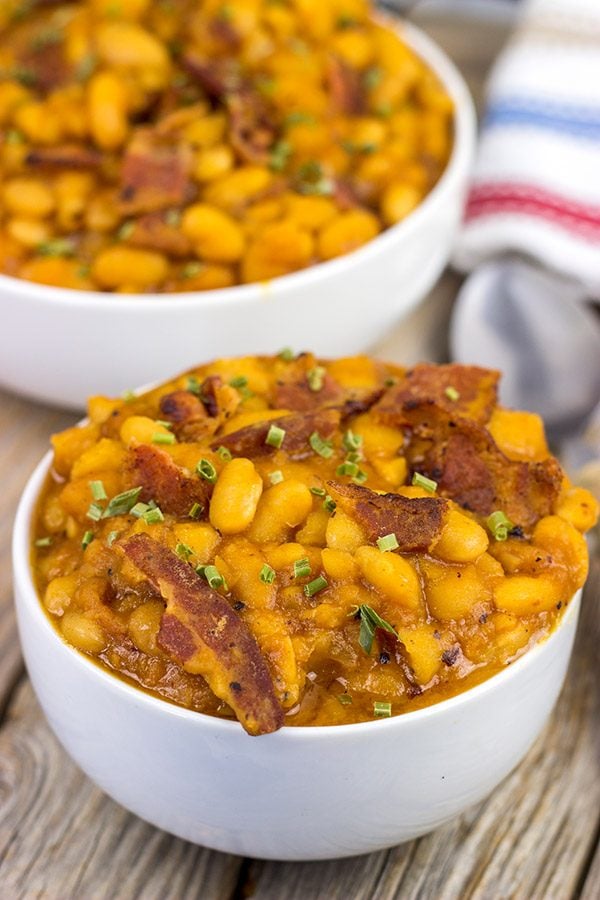 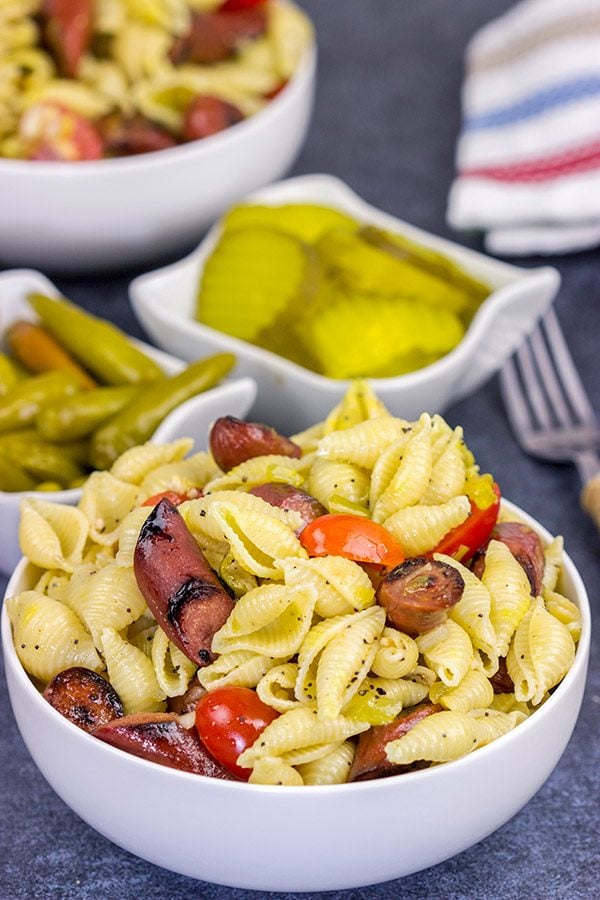