These tropical Coconut Lime Popsicles are a fun and refreshing snack on a hot summer afternoon! 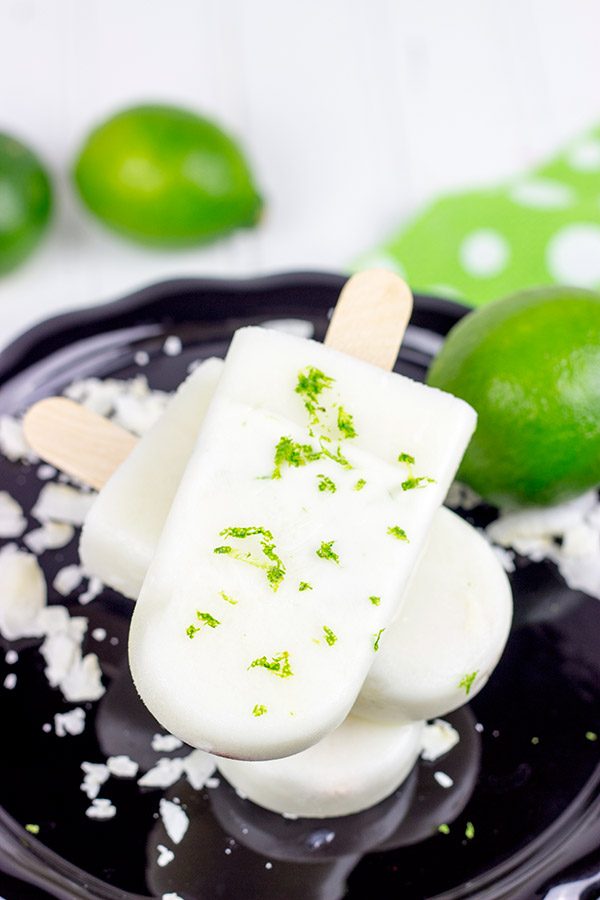 You put de lime in de coconut, you drink ’em bot’ up/

You put de lime in de coconut, you drink ’em bot’ up/

Ok, now that I have successfully put the coconut song in your head for the rest of the day, can we talk about popsicles?  Growing up, I was the popsicle king.  And my sister wasn’t far behind.  We could go through boxes of popsicles.  Of course, this is when we were younger, and we were always a sticky mess once we were done…but man, were those popsicles awesome! 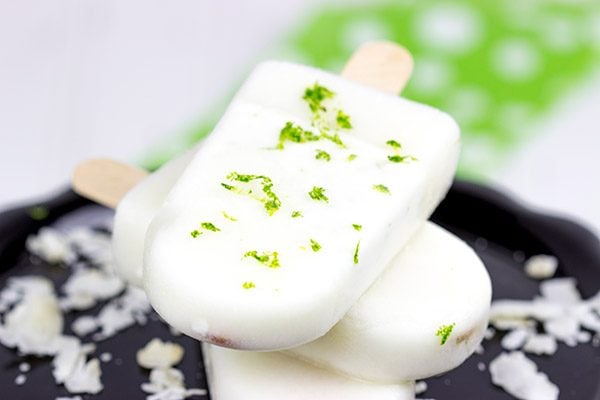 My all-time favorite popsicle flavor is grape.  Not even a debate there.  I don’t know what it is, but I’ve always had a weakness for grape-flavored anything.  Oh, but I just remembered pudding pops.  You know, the ones that Bill Cosby would advertise on tv back in the 80’s.  My Mom would get the variety pack, and my sister and I would fight over the chocolate + vanilla swirl ones.  I even remember my sister offering to let me hold her pet turtle if I gave her the last swirled pudding pop.  She was always the negotiator! 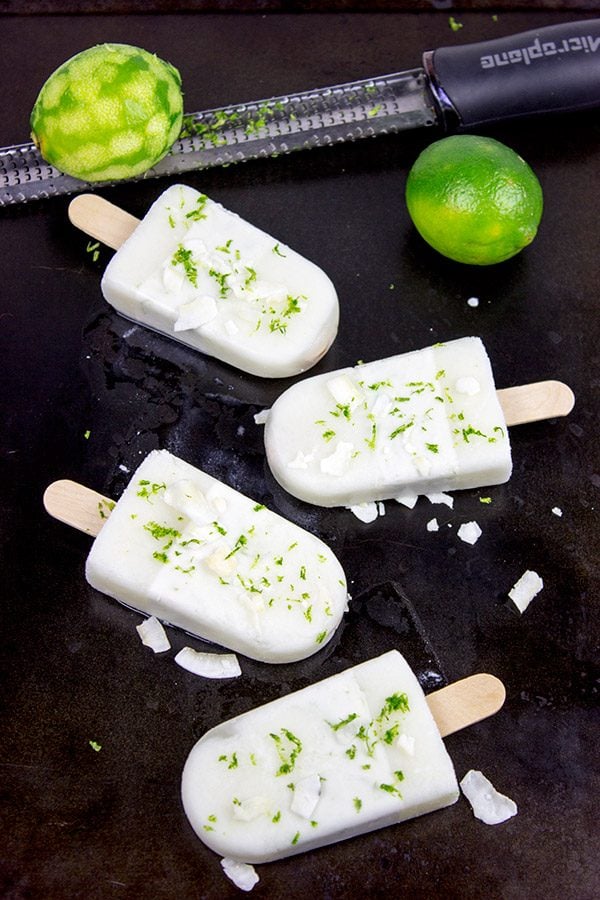 While grape popsicles will always hold a special place in my childhood memory, my taste buds have evolved a bit over time.  I know that upstate New York is nowhere near the tropical beaches of the Caribbean, but I’ve been craving tropical flavors lately.  And since it’s hot outside (well, upstate New York’s version of hot…), I decided some tropical popsicles were in order.  And that’s how these Coconut Lime Popsicles were born!

I set out to make these layered popsicles, but it turns out that you can’t really see the difference between the coconut and lime layers.  (Look closely…it’s there!)  In my mind, the limeade would be a bit more green.  I thought about adding a couple drops of green food coloring, but I decided to forgo that since we’re nowhere near St. Patrick’s Day right now.   But can I just tell you how delicious these Coconut Lime Popsicles were?  They didn’t last very long in our freezer!  (And my sister wasn’t even around to help polish these bad boys off this time.) 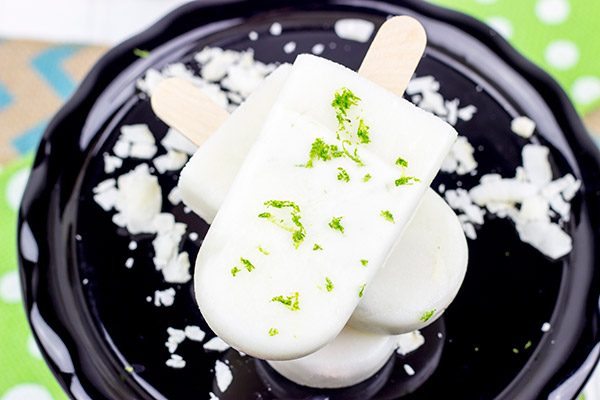 Since the colors of the two layers turned out so similar, you could easily just mix these together and skip the extra work of freezing the popsicles in layers.  However, I still found it kinda fun to go from lime to coconut and then back to lime again.  And the layers thing didn’t take that much extra work.  No matter which way you go, I can promise you that these popsicles will be the perfect treat on a hot summer afternoon.

You put de lime in de coconut…(I just had to make sure you didn’t forget about the coconut song!)

Did you make a batch of these Coconut Lime Popsicles at home?  Leave a comment.  Or snap a photo and tag me on Instagram (@Spicedblog).  Cheers!

Looking for more tasty summer treats?  Check out these other favorites, too: 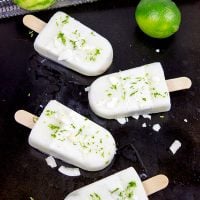 For the Coconut Portion

For the Lime Portion

For the Coconut Portion

For the Lime Portion

Full-fat coconut milk is often found in cans in the Asian section of the grocery store. It tends to separate in the can, so make sure to stir it together again before using.