Overrun with zucchini?  Grab some chocolate chips from the pantry and make a batch of this tasty Chocolate Chip Zucchini Bread! 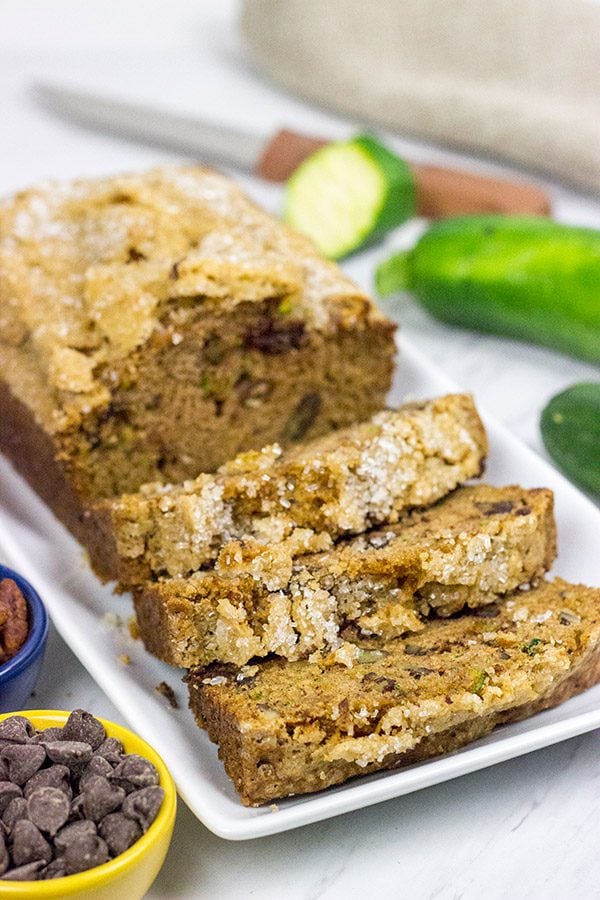 Back in June, I had the opportunity to travel out to the Blythe farm in eastern Kansas.  (I was out there to help Debbie Lyons-Blythe celebrate the painting of her barn as part of Certified Angus Beef® brand’s #BrandTheBarn tour.  (Disclosure: Certified Angus Beef® brand provided this trip, but all opinions are my own.)  If you want to see some really cool barn photos, follow the #BrandTheBarn hashtag on Instagram!

I met Debbie last year, and we became instant friends.  In fact, back in this Mediterranean Meatball Kabobs post, I wrote about how Debbie burns her pastures every Spring to create better grass for her cattle to graze on.  Last year, as we left to return to our respective areas of the country, Debbie told me that I needed to get out to her farm sometime.  Well, sometime arrived this past June! 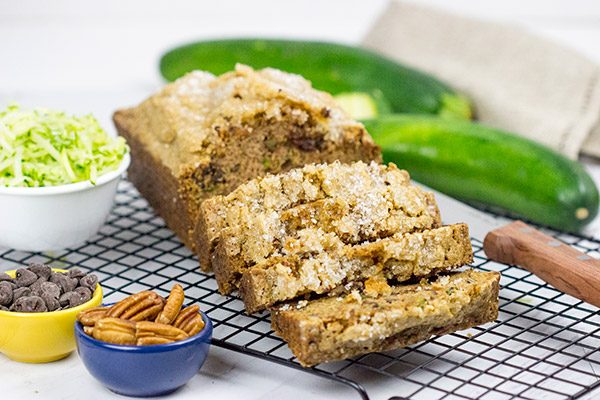 We had to drive about 30 minutes from Debbie’s place in White City to find a place to stay.  (We ended up at a really cool old inn in Council Grove, Kansas.  I’m nearly certain that place was haunted, but more on that in a future post!)  Another critical piece that Debbie left out of the invitation?  Kansas is hot in the summer.  Like really hot.  And you don’t want to be stomping around a cow pasture in shorts and flops.  Trust me on that one.  Fortunately, there is a steady wind that blows constantly across the prairie out there, so that helps a bit.  Granted, it’s a hot wind, but it’s still wind. 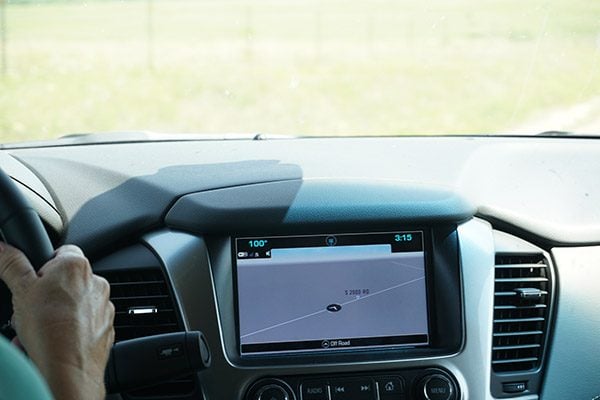 One advantage to all of that heat, though?  Debbie’s zucchini crop grows extremely well!  (Despite the zucchini crop, that part of Kansas is actually experiencing a bad drought this summer, and the lack of rain is truly causing a lot of hardships for local farmers and ranchers.)  Debbie posted this photo on Instagram a couple of days after I left her place.  Yes, back in June.  She had zucchini this large in June!  Also, note Debbie’s desciption for zucchini season: “Lock-Your-Car-Unless-You-Want-Surprise-Zucchini-In-Your-Front-Seat Season.”  She nailed that description perfectly.

While our zucchini season might be a bit behind Debbie’s, we still end up with more zucchini that we know what to do with.  Typically, we slice it, toss it in olive oil and then throw it on the grill alongside whatever else we happen to have on the grill for dinner that night.  But I managed to set aside a couple zukes recently to make this Chocolate Chip Zucchini Bread.  And I’m glad I did! 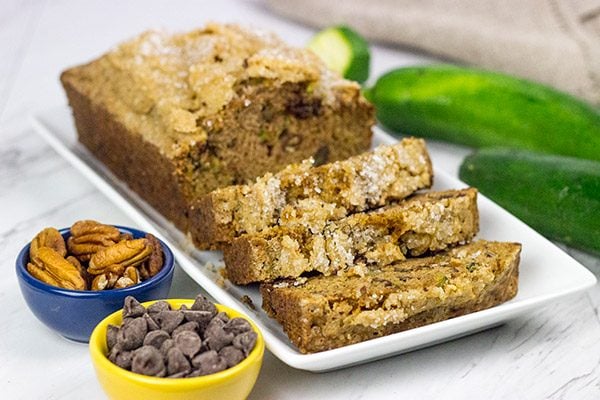 When I first heard of zucchini bread, I thought it was some kind of cruel joke.  I mean who wants a sweet bread made out of vegetables.  In fact, I had this same reaction when I first heard about carrot cake, too.  But I’ve seen the light with both carrot cake and zucchini bread!  This Chocolate Chip Zucchini Bread is based on a family recipe, except I bumped up the seasonings a bit and added chocolate chips.

At first, Laura wasn’t sure about the chocolate chips in this one.  I thought the Chocolate Chip Zucchini Bread turned out quite tasty, and I was overjoyed that I would be eating the entire two loaves by myself.  (Well, one loaf.  We gave the 2nd loaf to Robbie’s babysitter.)  But by the next morning, I caught Laura in the zucchini bread container cutting a slice for herself.  She was caught red-handed…err, green-handed! 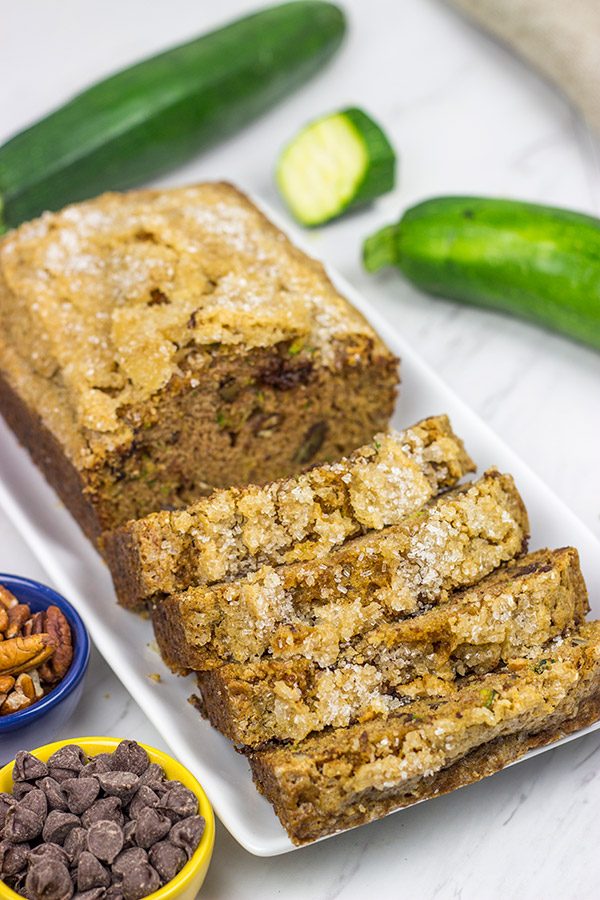 So if you happen to have extra zucchini floating around your kitchen (or if you live near Debbie and forgot to lock your car doors), then give this Chocolate Chip Zucchini Bread a shot.  The cinnamon + ginger flavors really shine through, and the chocolate chips are a nice complement.  Happy baking, my friends!  Oh, and if you try this recipe, make sure to swing back by and let me know what you think!