Say hello to a fun new pasta bake!  This Chicken Cordon Bleu Pasta features a delicious combination of chicken, ham, cheese and pasta.  Bake it up for dinner tonight! 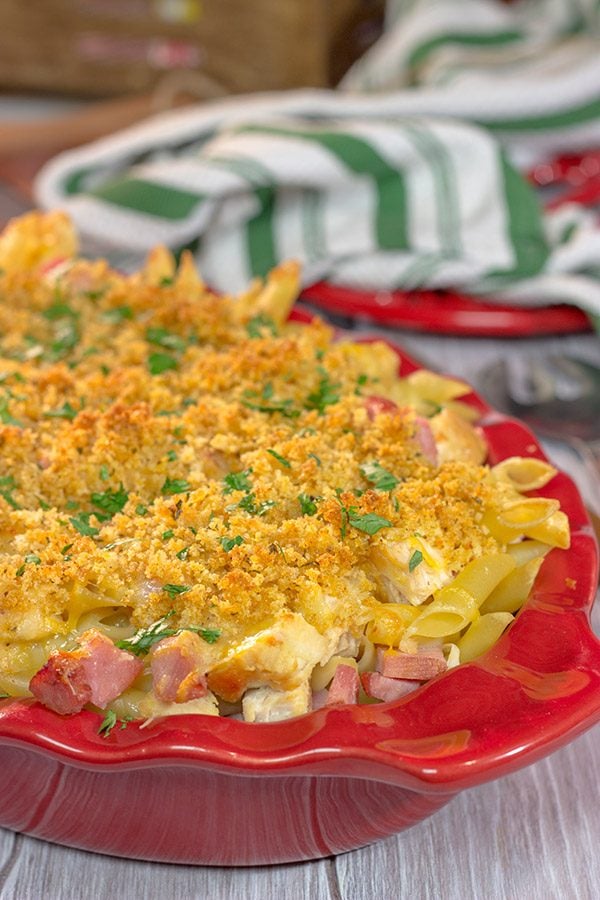 Have you ever noticed that first prize ribbons are often blue?  That didn’t happen just because the ribbon company randomly picked blue.  Nope, we actually can thank King Henri III of France for the blue ribbon.  Back then, they didn’t award ribbons for “Best Strawberry Jam” or “Best Homemade Wine” like you might find at county fairs these days.  Instead, the blue ribbon of King Henri’s time was associated with the Order of the Holy Spirit. 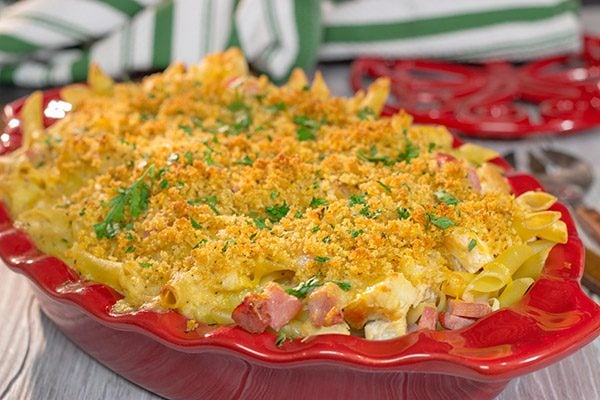 The Order of the Holy Spirit was a society of knights created by King Henri III in 1578.  Membership was only open to princes and nobility, and members wore a Maltese Cross decorated with several fleurs-de-lis as well as a dove.  This symbol hung from a blue ribbon, and thus the knights became known as Les Cordons Bleus, or The Blue Ribbons.  Since membership in Les Cordons Bleus was reserved for the elite, this term gradually began being used to represent the elite in other areas, too.  And that’s why the first place ribbon is blue. 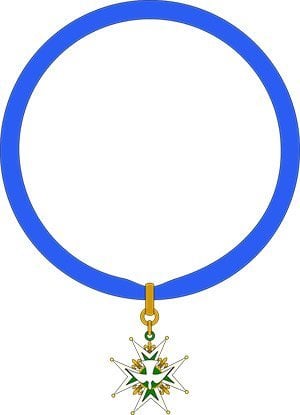 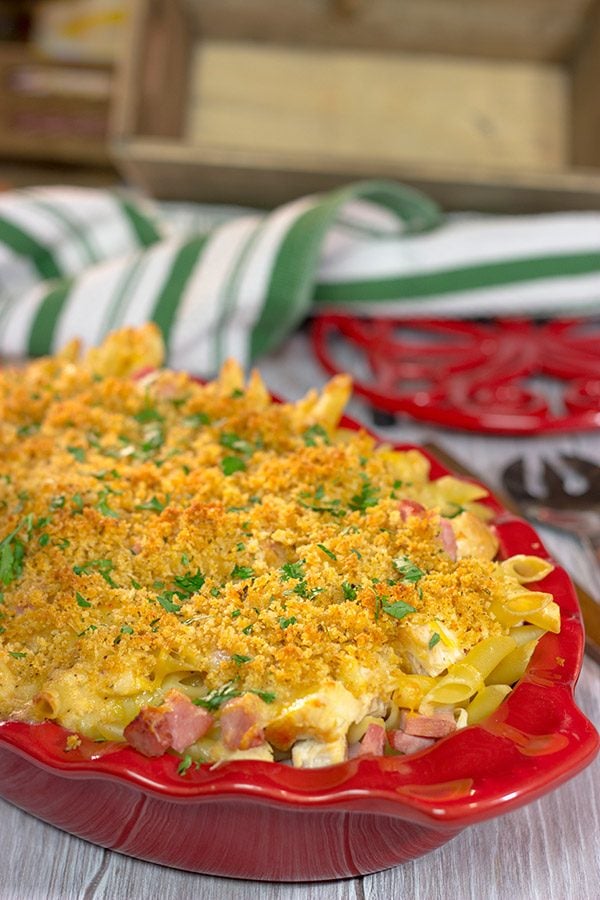 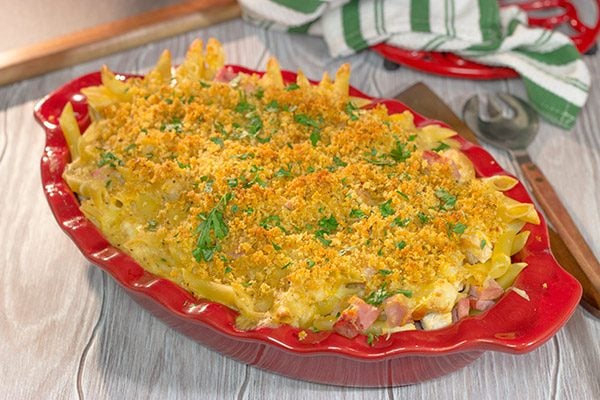 This Chicken Cordon Bleu Pasta features ziti mixed with two types of shredded cheese as well as cubed chicken and ham.  However, the real flavor booster here is the cream sauce that is poured over the entire mixture before it goes into the oven.  This cream sauce is an easy combination of butter, milk and flour along with several spices and seasonings.  As the Chicken Cordon Bleu Pasta bakes, the sauce gets absorbed into the pasta and creates a creamy, delicious combination of flavors.  Chicken Cordon Bleu is typically fried, so I sprinkled some panko bread crumbs on top to mimic the crunchy texture of the pan-fried chicken.  All together, this pasta is delicious, and I would certainly award it a blue ribbon!  I hope you enjoy this pasta as much as we did.  Cheers! 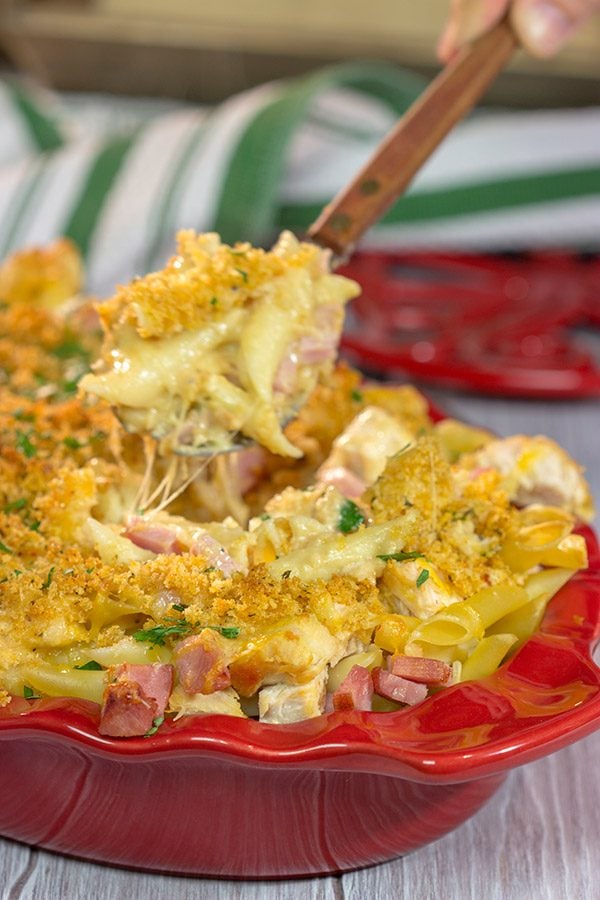 Did you make this Chicken Cordon Bleu at home?  Leave a comment.  Or snap a photo and tag me on Instagram (@Spicedblog)! 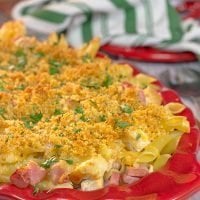 Rather than slices, ask for the ham to be cut into thick (¾”) pieces. Then just cut the ham into cubes at home.