Served right out of the cast iron skillet, this Bacon Spinach Dip with Garlic Knots makes for a fun and tasty Super Bowl appetizer! 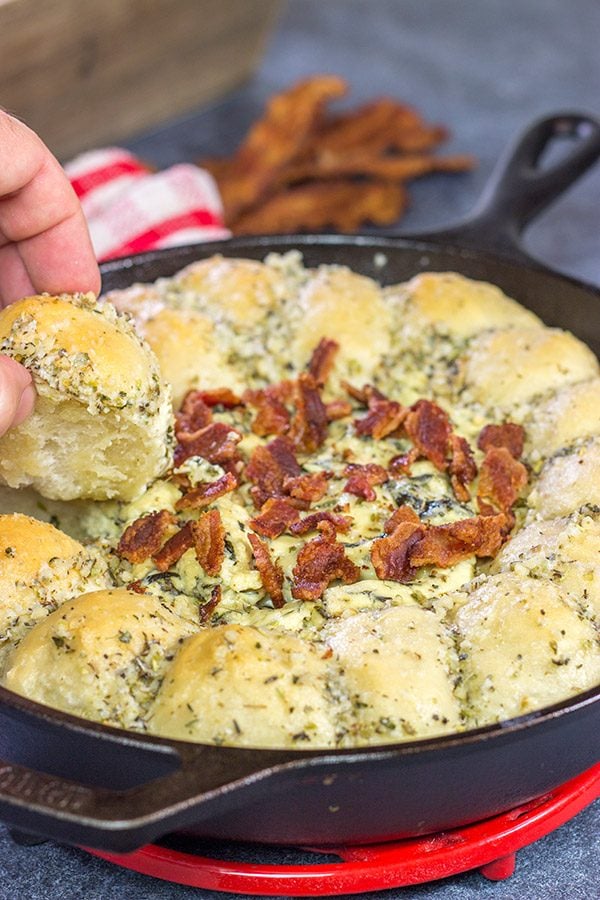 If you’re looking for a fun and tasty appetizer for the Super Bowl, then this Bacon Spinach Dip is it!  You’ve got tasty Parmesan garlic knots.  You’ve got creamy spinach dip.  You’ve got bacon.  (Bacon really does make everything better!)  Oh, and the entire thing is served in a skillet for a unique presentation style.  I promise there won’t be any of this one left at the end of the party.  Well, there might be one lone garlic knot…only because folks seem to be afraid of taking the last piece of anything.  (I don’t have that fear.  I will gladly take ownership of that last garlic knot!) 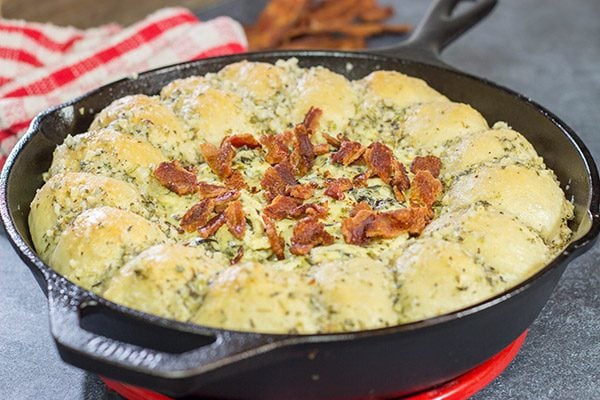 I love a good garlic knot, and I’ve adapted my original garlic knots recipe for this post.  (On a side note, I made a Muffin Tin version of garlic knots a couple of years ago.  That recipe continues to be one of my most popular each Super Bowl season!)  As good as those knots are by themselves, I have to say that they’re even better with this Bacon Spinach Dip.  The dip itself comes together quickly in a skillet, and then it gets spooned into the middle of the unbaked garlic knots.  Toss the whole shebang in the oven, and out comes this fun appetizer served right in the skillet itself!  (Be careful where you set that skillet as it will be very hot.) 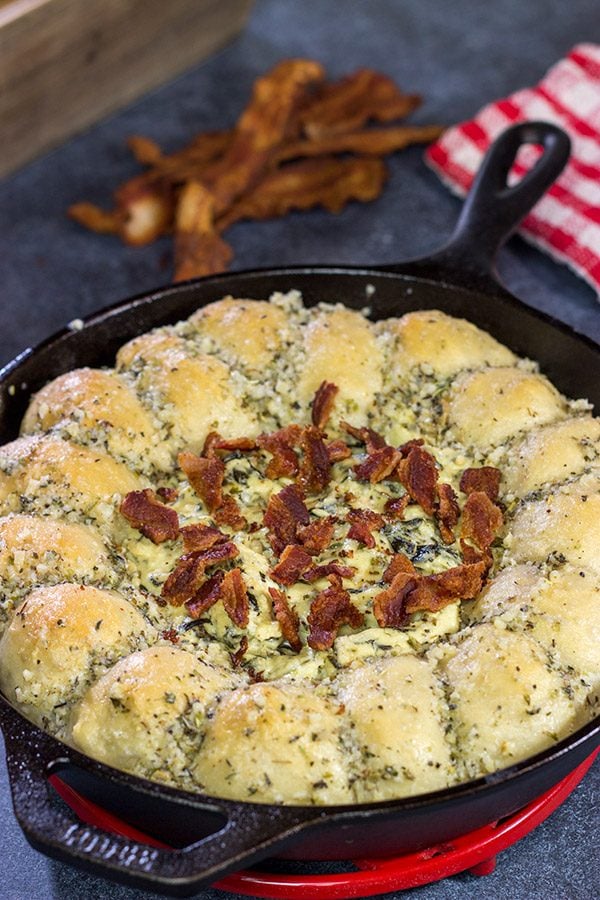 I used a homemade pizza dough recipe for the garlic knots, but there are other options if you don’t feel like making your own dough.  (On a side note, if you don’t make your own dough this time, then promise me you’ll come back and learn how to make homemade pizza dough some other time.  It seriously is amazing!)  The easiest option would be to pick up a bag of pizza dough from your local grocery store.  Our local store usually has bags of pizza dough for a couple of bucks.  (For some reason, they’re in the dairy section.  Go figure!) 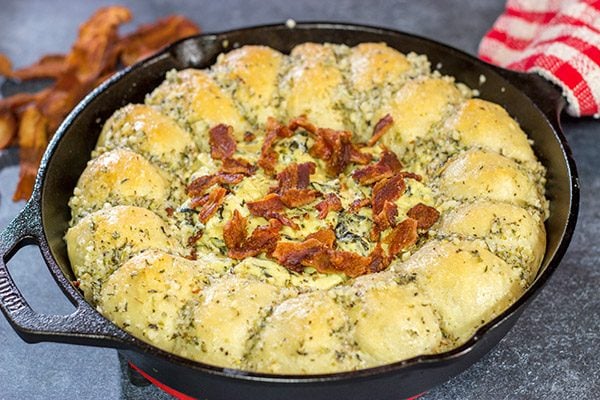 The in-between dough option is to call a couple local pizza shops and see if any of them sell their dough.  One of the key secrets to creating flavor in pizza dough is letting a small portion of the dough ferment overnight.  Pizzerias often use a portion of the previous day’s dough when they make the next big batch.  If you call around, you’ll likely find a pizza shop that is willing to sell you a ball or two of dough.

No matter which way you go with the dough, this Bacon Spinach Dip is sure to be a party favorite.  I know I could barely get the pictures taken before we dug into this skillet of deliciousness!  I hope you enjoy this dip as much as we do.  After all, if your team isn’t in the big game, then the Super Bowl is just an excuse to get together and eat tasty appetizers with friends.  Enjoy! 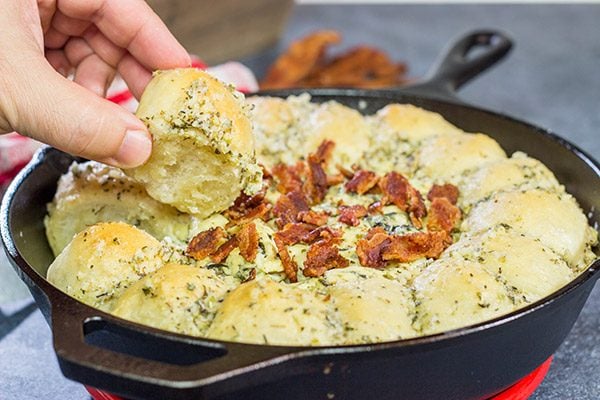 Did you make this Bacon Spinach Dip at home?  Leave a comment.  Or snap a photo and tag me on Instagram (@Spicedblog)!

Looking for other tasty Super Bowl appetizer recipes?  Check out these other favorites, too: 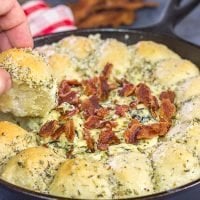 For the Bacon Spinach Dip

For the Bacon Spinach Dip