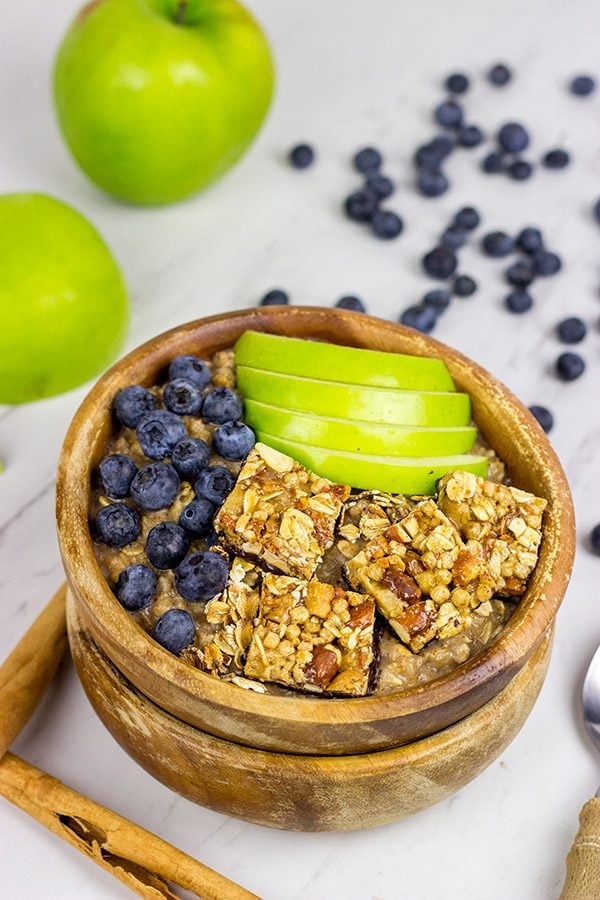 Brisk Autumn mornings and crisp local apples–these are a few of my favorite things!  Ok, so maybe I shouldn’t pursue a career following in the footsteps of Julie Andrews.  Nevertheless, we are still heading into one of my favorite times of the year here in upstate New York.  Autumn.  The nights have already started getting a bit chillier, and I love sitting outside in the evenings watching the sun set.  And waking up on Saturday morning and curling up on the back porch with a blanket and a mug of hot coffee (or Masala Chai) is seriously one of my favorites times of the week! 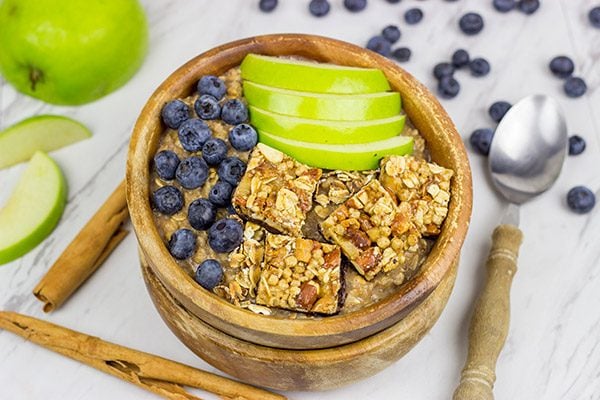 But aside from the weather, we’re in that time of the year where both the summer fruit farms and the apple orchards are open for business.  We took Robbie up to a local blueberry farm north of Saratoga Springs, NY a couple of weeks ago, and he had a blast!  He had his own little bucket, and he picked berries…only to promptly reach in his bucket and pull each berry right back out.  His bucket was empty by the time we were done, but his belly was definitely full!  Not to worry, though.  Laura and I picked a ton of fresh berries to bring home, and we’ve been nibbling on them for breakfast and lunch lately.

Oatmeal is one of my favorite breakfasts in the colder months.  Our morning routine is down to a science with Laura getting out the door to drop off Robbie and then get to work.  And then I take care of the dogs and eat a quick breakfast before heading off to work myself.  Sometimes in the hustle and bustle it’s easy to forget breakfast…but it really is the most important meal of the day!  This Apple Pie Oatmeal is a breeze to make, and it’s quite fun with all of the toppings on it, too!

In addition to fresh berries and local apples, we really enjoy topping this Apple Pie Oatmeal with a couple of goodnessKNOWS snack squares.  Have you ever tried these snack squares?  They’re delicious!  Laura picked them up for the first time on a work trip last year, and she’s been raving about them ever since!  These snack squares come in a variety of flavors, and each flavor features a combination of different fruits and nuts on top of a layer of dark chocolate.  Each individual two-bite square is approximately 40 calories.  Oh, and all goodnessKNOWS snack squares are gluten-free with no artificial colors, flavors or sweeteners. 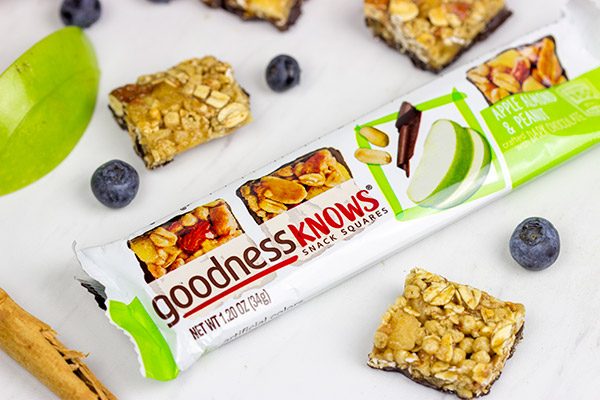 We keep packs of goodnessKNOWS snack squares around to get through the afternoon slump.  Anyone who has ever chased a toddler around the house in the late afternoon totally understands the need for a snack!  And now we’ve also started adding snack squares to our oatmeal in the morning.  How can you beat starting your morning off with a warming bowl of Apple Pie Oatmeal topped with a couple of apple, almond & peanut dark chocolate snack squares?

Not only is this Apple Pie Oatmeal delicious, but it comes together in a flash, too!  While the oatmeal is in the microwave, I chop up an apple and pull out some goodnessKNOWS snack squares from the pantry.  As soon as that microwave beeps, I’ve got those toppings on there, and I’m sitting down to catch the morning news before it’s time to go to work.  What is your morning routine? 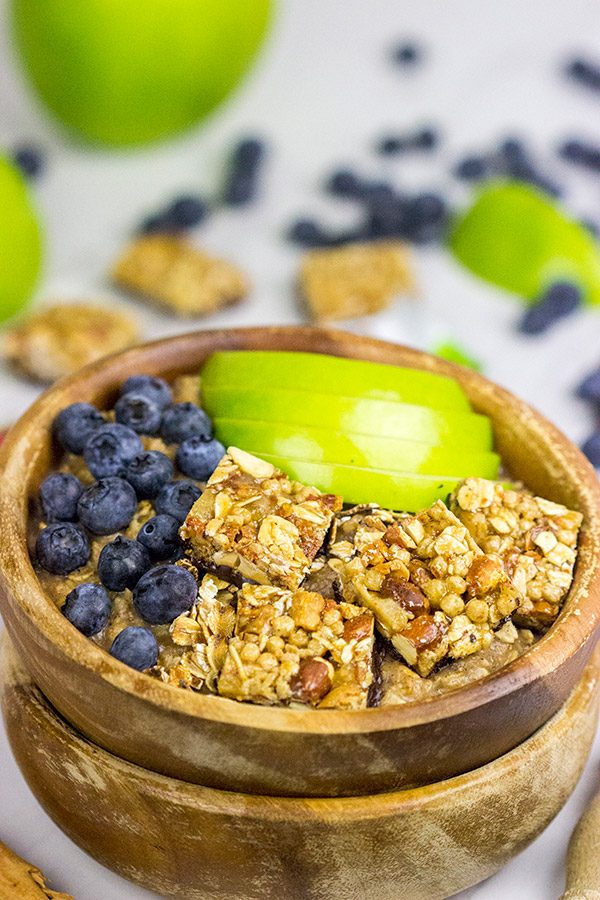 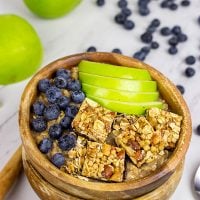 This is a sponsored conversation written by me on behalf of goodnessknows. The opinions and text are all mine.