This Virginia Peanut Pie is similar to pecan pie…but with peanuts instead.  This delicious sweet and salty dessert will have everyone asking for the recipe! 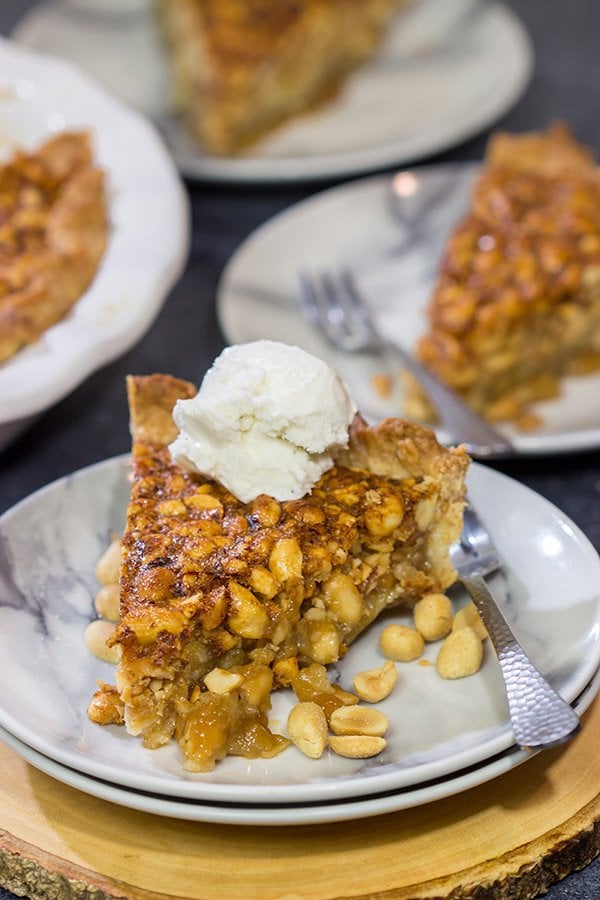 Animals are pretty resourceful creatures.  Take cows for instance.  Cows are ruminant animals, which means their digestive systems are able to extract nutrients from plant-based foods that ferment in a specialized stomach.  As such, cattle have adapted to be able to eat all sorts of things that we have in excess.  For the Northeast, that means excess chocolate from Hershey and other chocolate manufacturers.

Well, guess what?  Humans do the same thing.  (Heck, I’d gladly eat leftover chocolate from the Hershey plant!)  Take a look at New England.  Lobster shows up in all sorts of recipes in that area because the northern Atlantic is a key lobster producing area.  Same with crawfish along the Gulf Coast.  There are yearly crawfish boils, and then crawfish tails show up in everything from gumbo to etouffee to crawfish bread.  These areas have excess lobster and crawfish…so lobster and crawfish appear in lots of recipes! 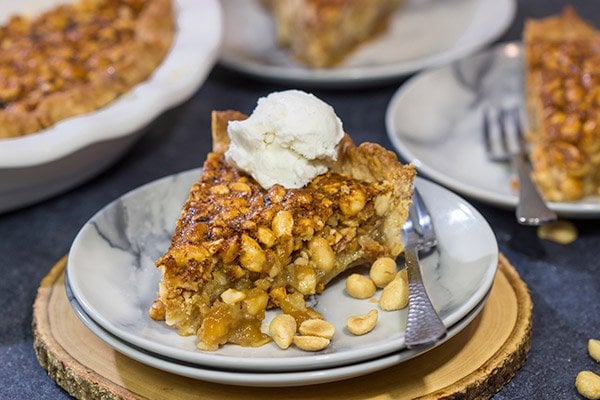 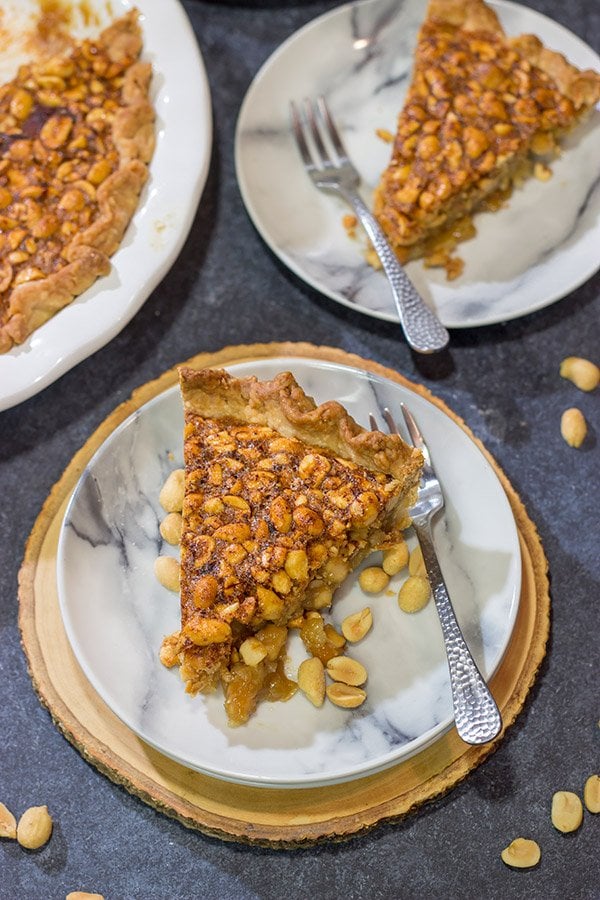 The first time I made this pie, it was back in the Spring during the coronavirus quarantine.  For some reason, the quarantine made me want to bake…like every day.  Sourdough bread, baguettes, cakes, cookies, pie.  You name it, I made it.  The weather can stay pretty chilly through most of April here in upstate New York, and there were a number of days when we couldn’t go outside to play.  So instead I taught Robbie about baking! 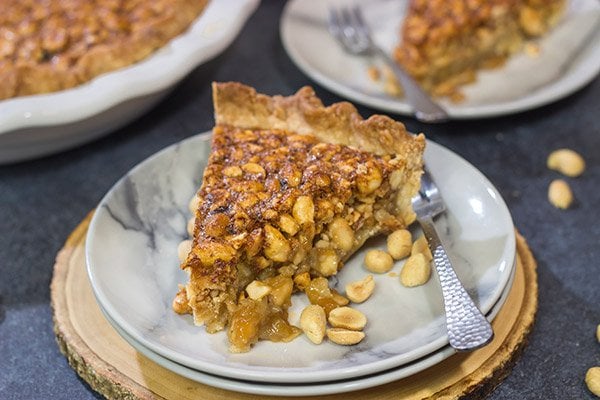 As we added different ingredients to our recipes, Robbie wanted to try each thing.  He liked the sugar and brown sugar.  He didn’t so much like the baking soda.  (Imagine that!)  But it’s funny to listen to him talk about baking now.  His 4-year-old brain was soaking up everything I was teaching him, and now he drops lines like, “The cake rose in the oven because of the baking powder.”  What the what!?

Laura walked through the kitchen as we were prepping to make this Virginia Peanut Pie, and she was like what is that?  I told her it was the state pie of Virginia.  She just scoffed at me.  She said the state pie of Virginia should be the Ukrop’s Chocolate Fudge Pie.  Ukrop’s was a grocery store chain in Virginia, but they were bought out by Martin’s in 2010.  They made an amazing chocolate fudge pie, and anyone who ever had a slice of that pie remembers it!  Fortunately for us, Ukrop’s still operates a bakery brand, and their chocolate fudge pie remains a cult favorite.  Several of these pies show up every year at Laura’s family reunion in Maryland. 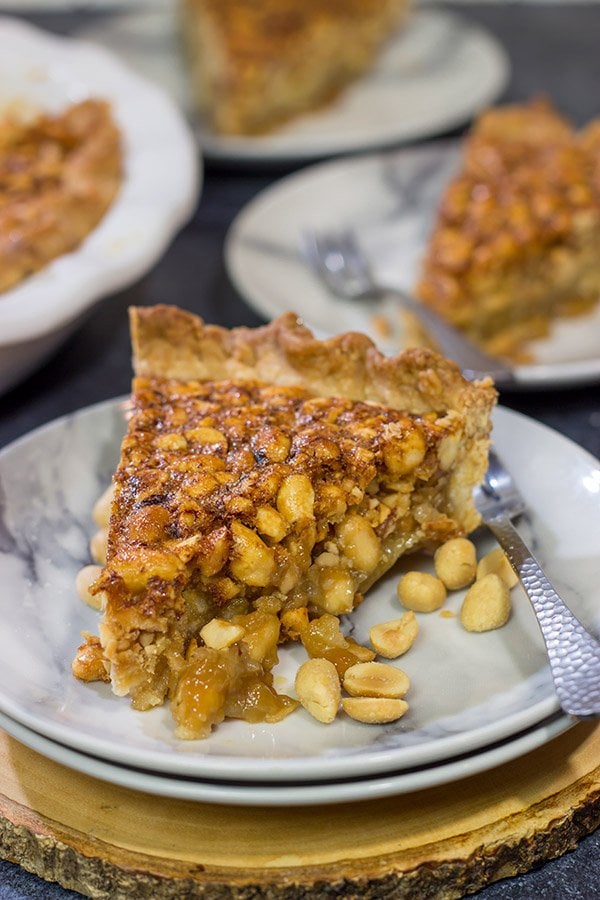 I digress.  Talking about chocolate fudge pies has that effect on me.  Back to this Virginia Peanut Pie, Laura took one bite and immediately proclaimed, “Why do we make pecan pie at Thanksgiving!?  We should make peanut pie instead!”  She’s right.  This peanut pie is essentially a pecan pie but with peanuts instead of pecans.  And it’s delicious!  I’ve always loved a good sweet + salty dessert, and this pie hits both of those categories.  Without a doubt, this peanut pie has earned a permanent spot on my list of favorite desserts.  If you’ve looking for a tasty dessert, I highly (highly!) recommend this one!

Did you make this Virginia Peanut Pie at home?  Leave a comment, or better yet snap a photo and tag me on Instagram (@Spicedblog).  Happy baking! 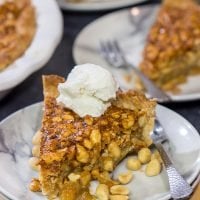 For the Peanut Pie

For the Peanut Pie

The alcohol in the crust will evaporate while baking. Substituting vodka (or another 80-proof alcohol) for ½ of the liquid in pie dough will lead to a flakier crust once baked. Try it out!

Looking for other delicious pie recipes?  Check out these other favorites, too: 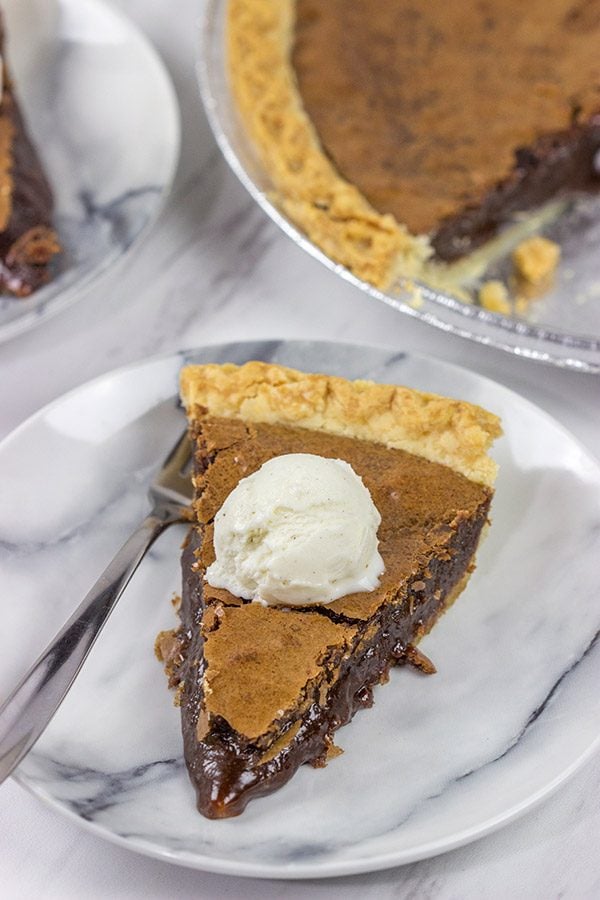 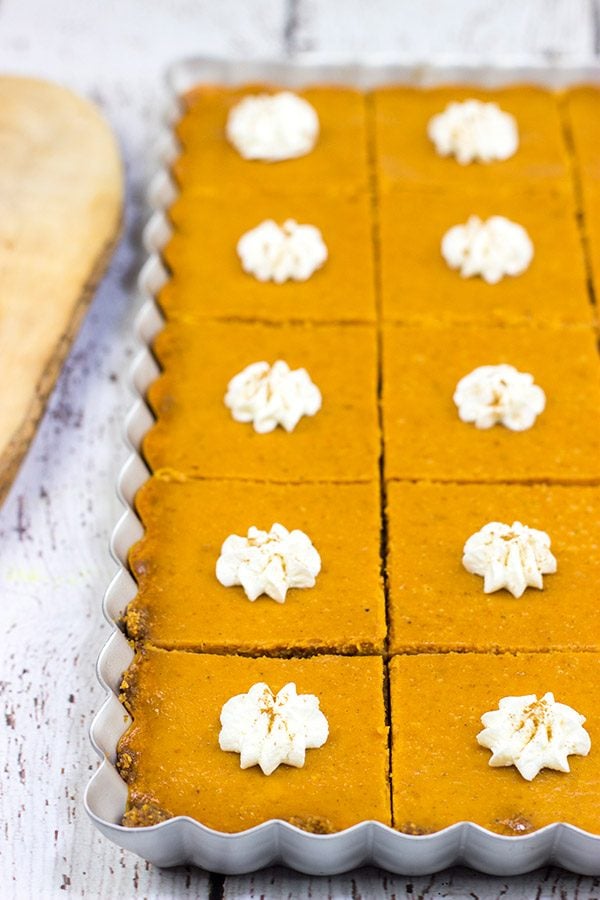 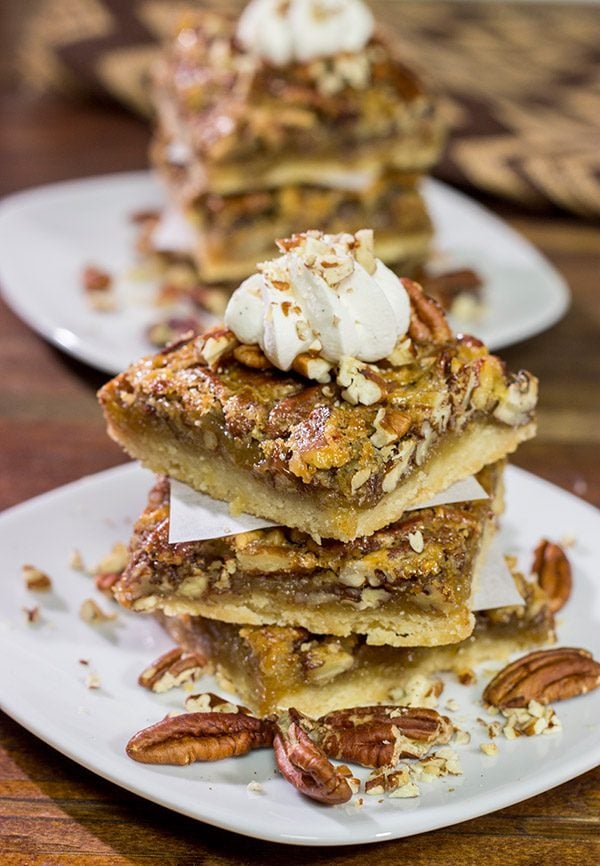