This Southern Garden Succotash is a great way to use your favorite garden veggies!

Sufferin’ succotash!  I occasionally talk about cartoons here on Spiced.  But c’mon…some of those childhood cartoons are still favorites.  (And I may or may not own a DVD or six of classic cartoons.)  Whenever I hear the word ‘succotash,’ I immediately think of Sylvester the cat and his slobbery pronunciation of ‘sufferin’ succotash.’  Poor Sylvester.  He just can’t ever quite catch Tweety. 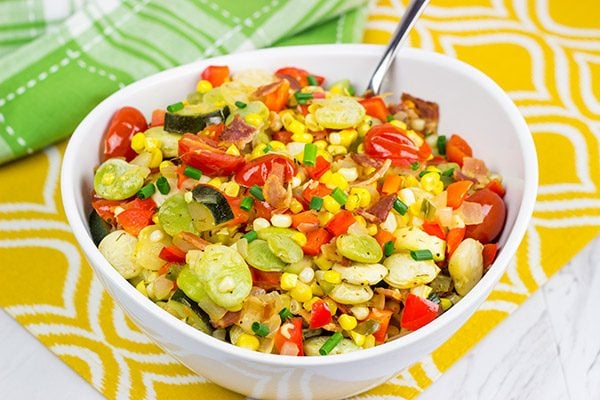 Growing up, I was a Looney Tunes kinda guy.  I know all of the Looney Tunes characters by heart, and they were always my favorite pastime on Saturday mornings.  (Along with these Powdered Sugar Doughnuts, of course!)  Since I chose to watch Sylvester, Taz and Marvin Martian, I managed to somehow miss all of the classic Disney films.

Laura and I recently went to see the Broadway musical Lion King, and she had to give me a quick rundown of the plot as we drove over.  Yup, I’ve never seen Lion King, Lion King 2, Lion King 3 (which is apparently called Lion King 1½) or Aladdin.  But I can tell you that the big, hairy, orange monster who chases Bugs Bunny is named Gossamer.  Chalk that one up as the one new thing you learned today!  (If you already knew that, then we need to be friends…just sayin’.) 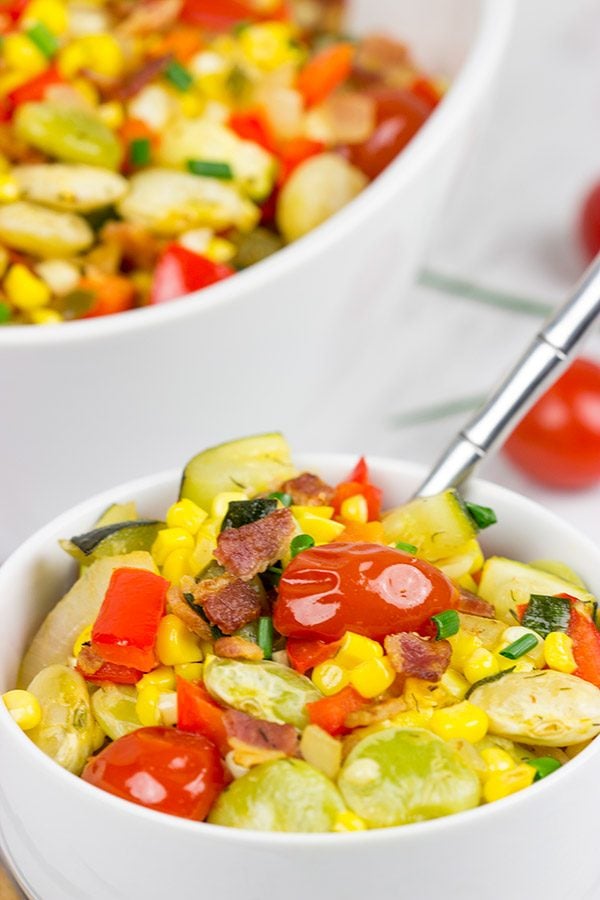 So what is actual succotash then?  Well, it’s pretty much whatever you want it to be.  In the South, succotash always starts with a base of lima beans and corn.  Add in some onion and garlic for flavor, and you’ve got a good thing going.  After that, it’s literally whatever you happen to have in the garden.  Tomatoes?  Throw ’em in!  Zucchini?  Sure, why not?  (After all, zucchini grows like wildfire.)  We always have chives growing in the garden, so those went in, too.  And of course I crumbled some bacon on top. 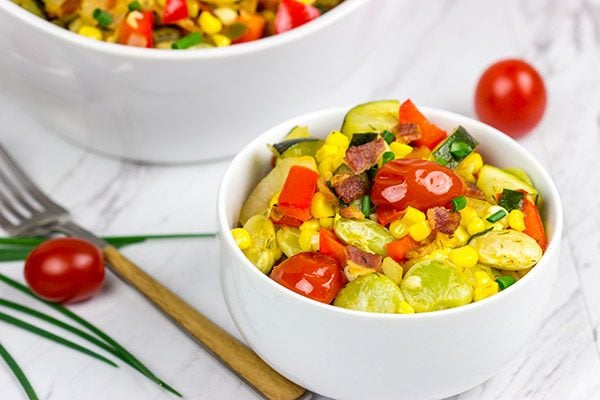 All together, this Southern Garden Succotash makes for a delicious summer side dish.  We typically serve this one hot the first night, and then we eat the leftovers cold.  It’s pretty darned tasty both ways! 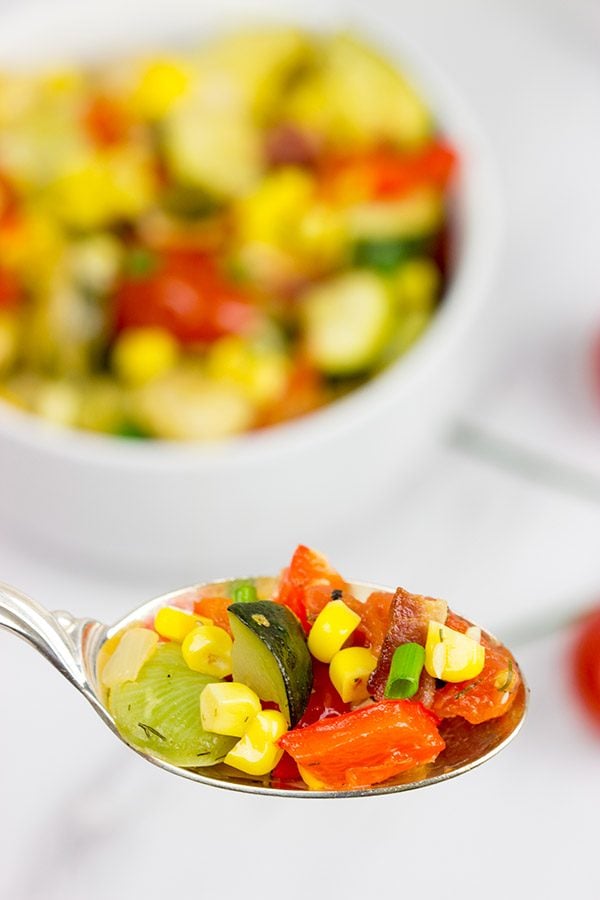 What other veggies would you add to this Southern Garden Succotash?

Have you seen the Lion King? 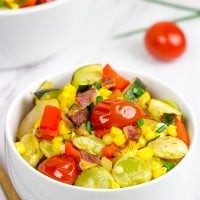