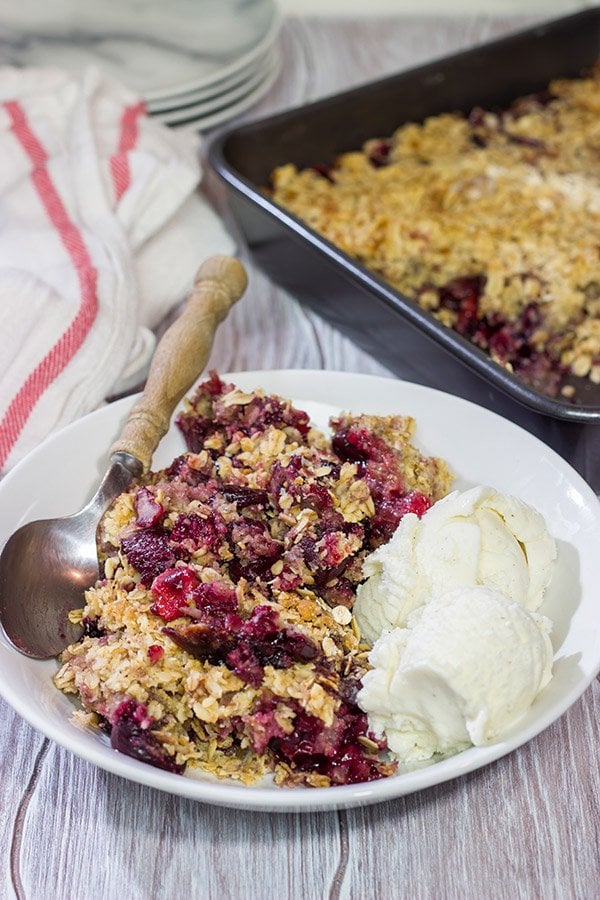 Everyone knows that cats make their own rules.  “What?  You want me to greet you at the door every day and be happy to see you?  Then get a dog.”  Even though cats are fickle, that apparently didn’t stop the US government from trying to create a spy cat.  Yes, you read that right.  A spy cat. 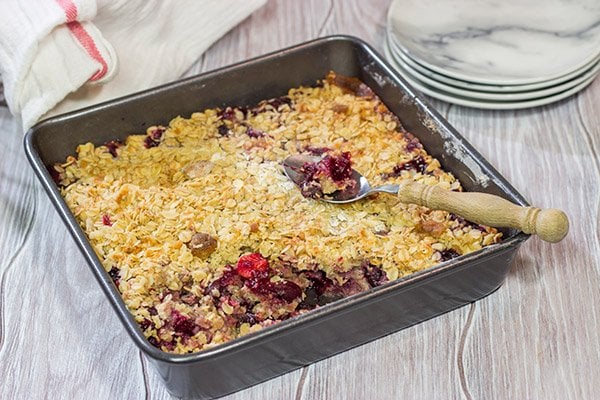 Back in the 1960’s (of course this happened in the 60’s…), the CIA actually tried to train cats to spy on Russia.  They implanted a small radio transmitter in the cat’s ear in hopes of being able to spy on conversations near the Soviet embassy in Washington, DC.  What I want to know is who thought this was a good idea!?

On paper I can maybe see what they were thinking.  Cats can go wherever they want, whenever they want.  No one would really think twice if Garfield happened to wander by while they were talking about super secret stuff.  So in theory the spy cat concept could have worked.  Maybe.  Ok, maybe not. 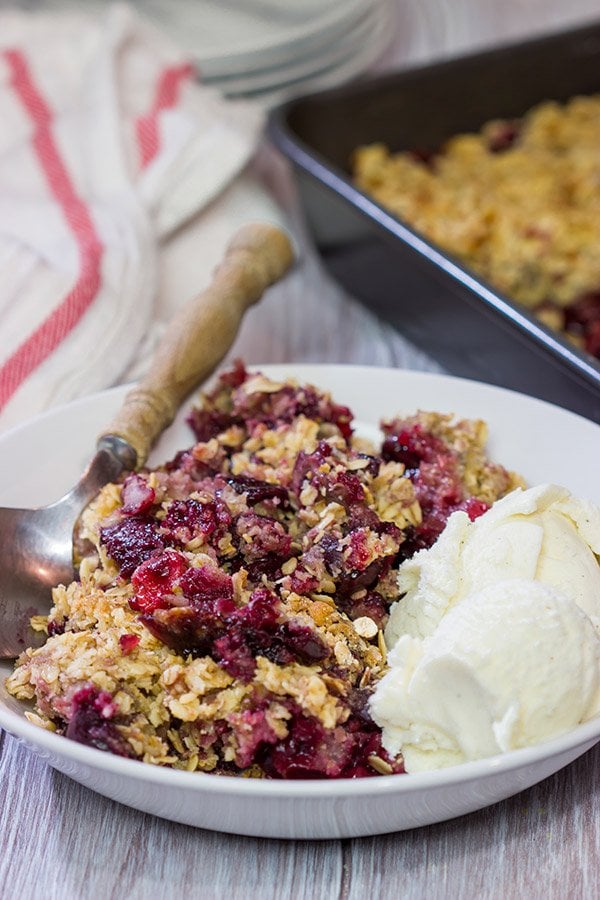 The first problem: the cat wandered off in search of food whenever he got hungry.  “Hmmm…two suspicious looking guys huddled on a park bench whispering to each other?  I should check this out…ooo, look, a box of Friskies!”  Not to be discouraged, the CIA attempted to resolve the food issue.  Acoustic Kitty (yes, that’s the real name) was sent back into the field.  The second problem: the poor cat was hit by a taxi and died in the line of duty.  At this point, Project Acoustic Kitty was terminated.  Shocking, I know.

Now how does Project Acoustic Kitty relate to this Sour Cherry Crumble?  Well, when I get hungry, I too go off script hunting for food.  And the other day, I totally went off script.  This Sour Cherry Crumble was sitting on the kitchen counter cooling while I was trying to do some work.  Much like Acoustic Kitty, I opted for the food.  “Hmmmm…go cross-eyed looking at charts and spreadsheets?  Or go sit down with a bowl of crumble topped with vanilla ice cream?”  It’s safe to say that I picked the crumble. 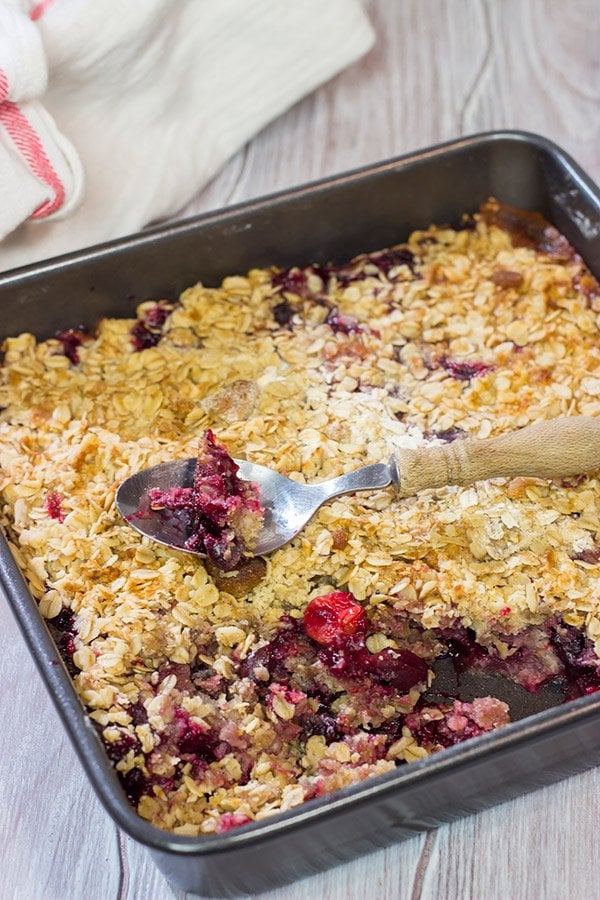 This crumble is a really simple recipe that highlights fresh summer fruit.  When cherries come in season, we buy a ton of them.  Laura takes ’em to work for lunch.  Robbie eats ’em for dinner.  I snack on ’em in the afternoon.  And then I use any leftovers to make things like this Sour Cherry Crumble.

The oat + brown sugar topping combined with the cherries is pretty darned delicious!  However, you could easily substitute other fruit in place of the cherries.  Apples.  Peaches.  Blueberries.  Blackberries.  Raspberries.  Or perhaps a combination of all of the above.  I’m pretty sure this crumble will be gobbled up no matter what fruit is used!  For me, the toasted oats on top take this recipe to the next level.  The flavors are all there, but the chewy, slightly crunchy oats bring it all together.  So I say celebrate summer fruits with this tasty crumble recipe…and don’t forget the ice cream!

Did you make this Sour Cherry Crumble at home?  Leave a comment, or snap a photo and tag me on Instagram (@Spicedblog).  If you try other fruits, let me know how they turn out! 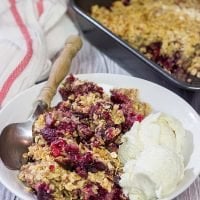 Looking for more summer fruit desserts?  Check out these other favorites, too: 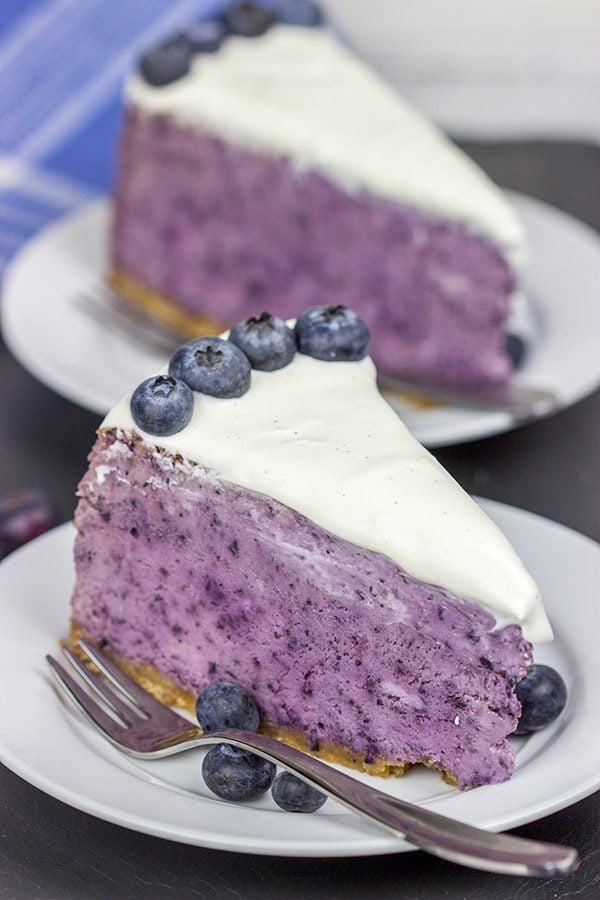 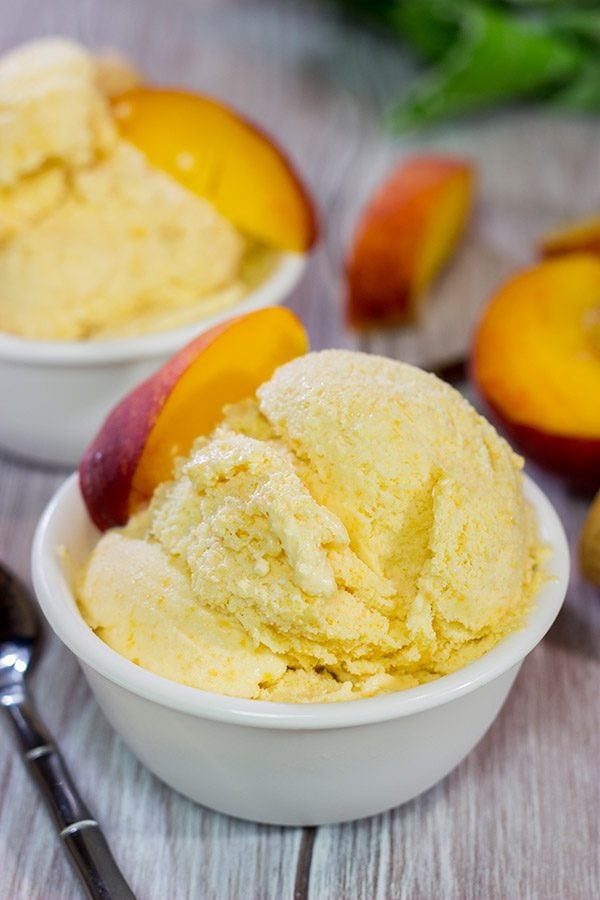 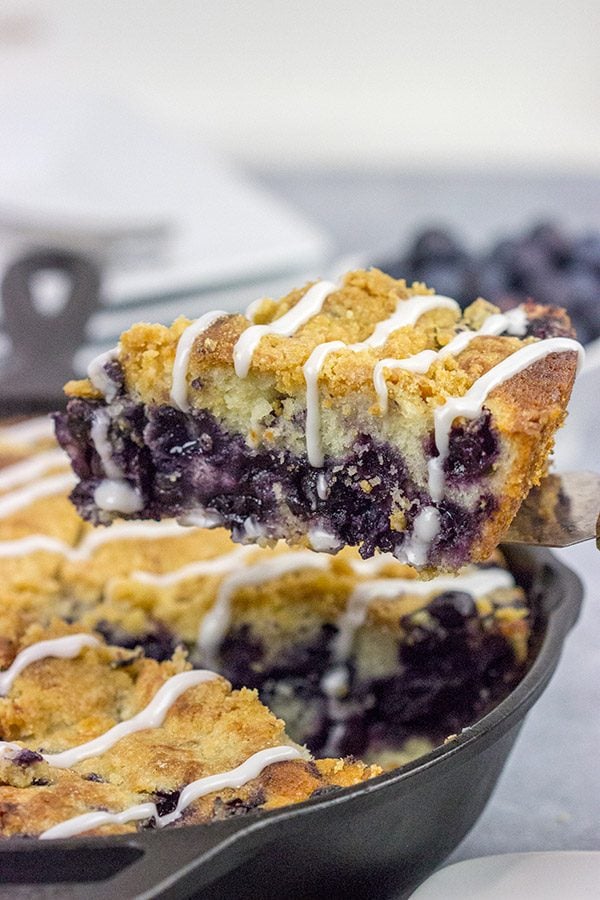