Are ham sammiches your thing?  Then you’ve got to try this Smoked Maple Glazed Ham! 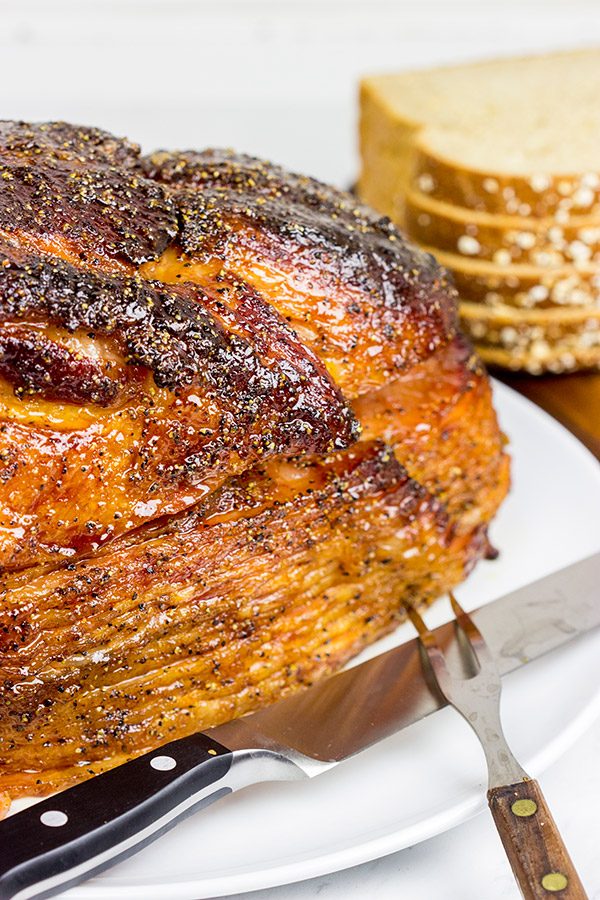 If it’s a Saturday in September or October, then you can count on finding me outside.  Chances are the smoker will be smoking away, and I’ll be outside enjoying the cooler Fall weather.  It seems strange to talk of cooler Fall air while we’re still in August, but it can start getting cool early up here in New York.  (In the South, it’d be early November before the weather turned nice and crisp.)  Since Saturdays are also college football days, I often rig up a tv outdoors.  I just haul a small tv out to the porch along with an extension cord and long cable cord, and *bada-bing-bada-boom* I’m watching college football outside. 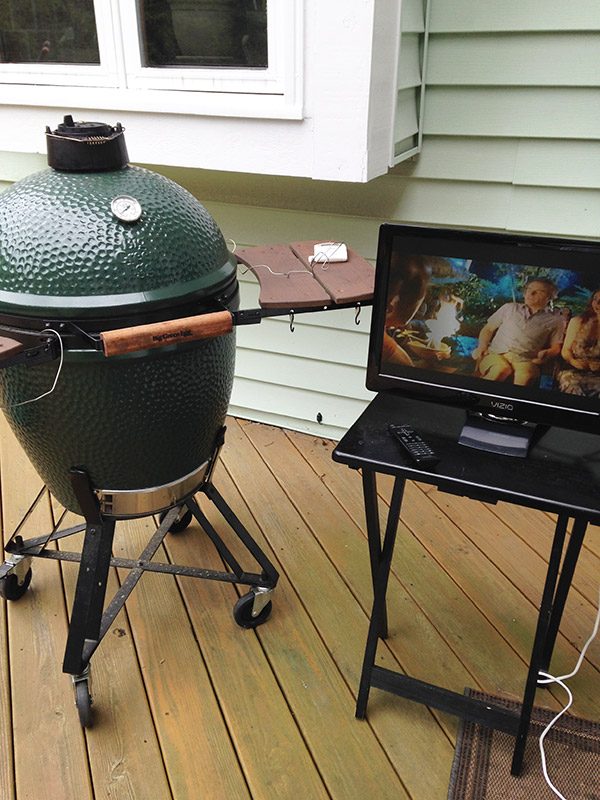 If the game is boring, I might wander off to rake leaves…or more likely I’ll just read a book.  But that smoker is always going.  We smoke all sorts of delicious meats in the Fall, and then we just vacuum-seal them into smaller dinner-size portions.  By the time the first snow arrives (usually late November or early December), we’ve got a freezer full of little packs of pulled pork and smoked brisket.  Hello, weeknight dinners on cold, winter nights! 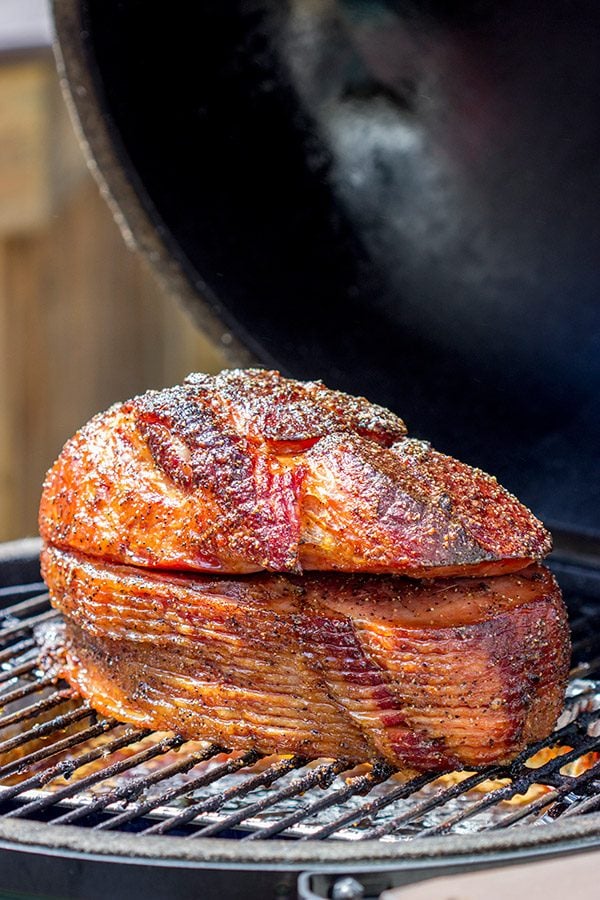 But this year I decided to expand the menu of smoked meats.  I still plan on smoking plenty of pulled pork and brisket, but I’ve added ham to the lineup, too.  After all, it’s really hard to beat a good ham sammich for lunch!

My initial thought was to get an uncooked ham (aka “green ham”), but then I realized it’s kinda hard to find green hams.  I’m sure I could have placed a special order at the meat counter of our local store, but eh.  I also realized that it would take a lot longer to smoke an uncooked ham.  So I cheated a little bit.

I started with a fully-cooked ham.  Bonus: The fully-cooked ham came spiral-cut, so I didn’t have to mess with slicing it.  Most of the hams in the store came with some sort of glaze or seasoning packet.  I just ditched that packet and made my own.  And I put a nice rub on that ham overnight, too.  All in all, this one didn’t require much work, and the flavor of this Smoked Maple Glazed Ham was out of sight!

In case you’re wondering, smoking a fully-cooked, sliced ham would indeed dry it out.  I countered this by putting a tray of apple juice on top of the coals.  The apple juice slowly evaporated creating a nice, humid smoker.  Between the juice and the glaze, this Smoked Maple Glazed Ham turned out quite well.  I suspect I’ll be making at least one or two more hams like this over the next couple of months.

After all, I gotta fill that freezer up before the winter snow arrives!  ( I recognize that this statement makes me sound like a bear getting ready to hibernate…but, well, we kinda do hibernate up here in the winter.  Hibernate and curl.) 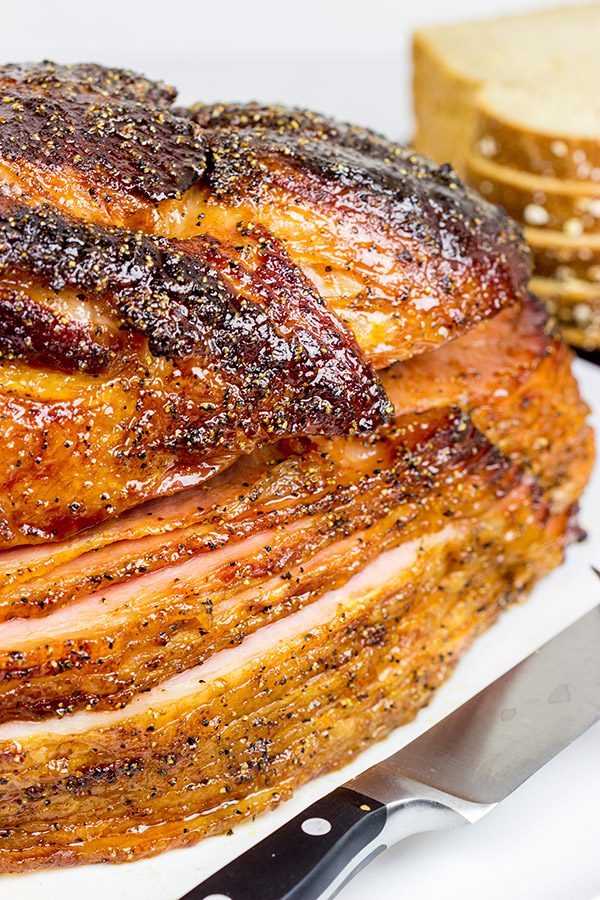 This ham can also be cooked in the oven, but you won’t be able to include the apple wood. While the ham won’t have a smoked flavor, it will still make for some delicious ham sandwiches!