As we head into the cold days of winter, let’s warm up with a batch of this tasty Slow Cooker Chicken Corn Chowder! 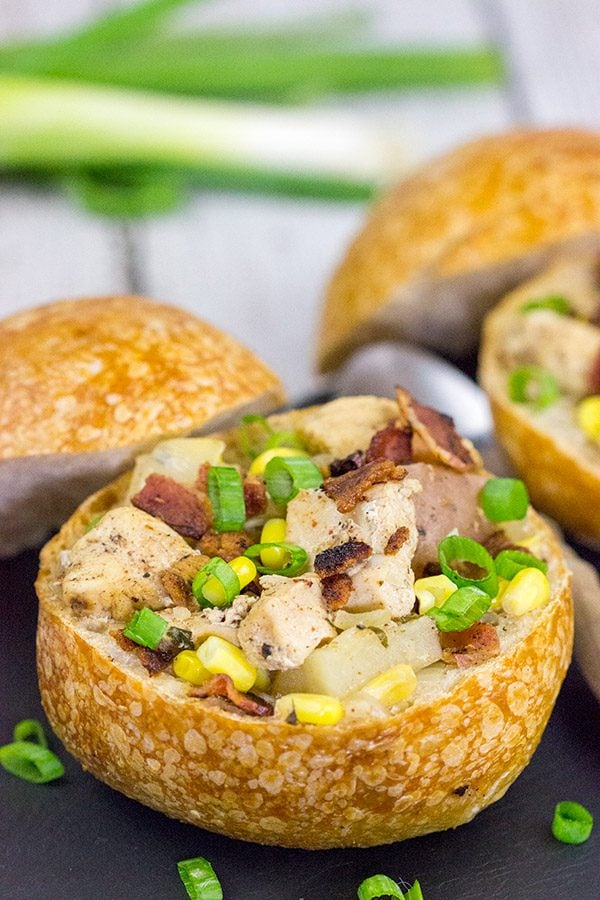 With the holidays over and the cold, brr-y (yes, brr-y is a word…at least in my dictionary) days of winter on the horizon, it’s time to settle down to some easy, comfort food meals.  We’ve been known to pull out the slow cooker all year long.  This Cajun Snack Mix and this Blueberry Apple Cobbler are both legit reasons to dust off the slow cooker in the middle of the summer.  But now it’s time to turn our attention to meals that that’ll warm your belly on the cold days ahead.

Soups, stews and chowders are always favorites in our house, and we typically make something along these lines at least once a week.  We might end up eating it for quick lunches at work, or we might save it to reheat for dinner.  Either way, a good stew or chowder is hard to beat in the winter!  The flavor of the week this week is this Slow Cooker Chicken Corn Chowder, and it’s definitely a tasty (and easy) meal for these early days of the year. 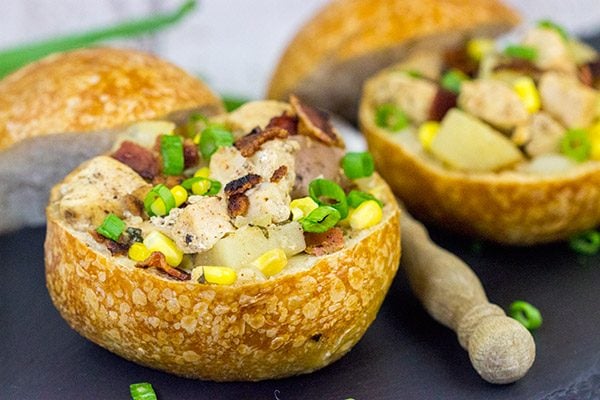 We opted for bread bowls for this Slow Cooker Chicken Corn Chowder, and they were the perfect accompaniment to this recipe!  I’ve always loved a good bread bowl.  I mean you get to eat the soup/stew/chowder, and then you’re left with a delicious piece of crusty bread that’s soaked with the flavors of the soup.  Plus, you get to eat your dishes…and that means less to clean up!  Bonus points for this one! 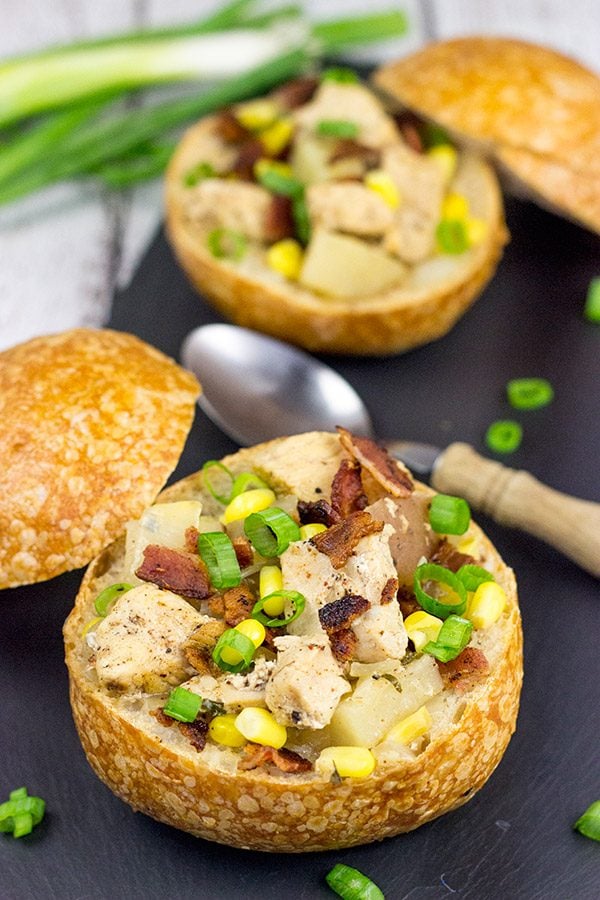 When it comes to slow cooker soups, I feel like the spices are key.  Sure, you’ve got chicken and potatoes in there to bulk up the soup, but the spices bring the flavor.  What are your go-to spices in your spice rack?  It depends on what we’re making, but chili powder, cumin and paprika are always at the forefront when it comes to soups and stews.  Oh, and garlic.  I know garlic isn’t technically a spice, but it’s definitely a staple when you need to add some flavor to soup!  (To be fair, I can’t really taste the garlic itself in this Slow Cooker Chicken Corn Chowder, but I can say that the combination of flavors totally works!) 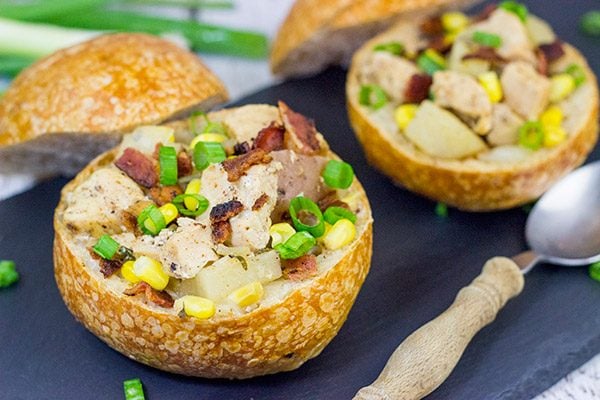 And then there’s the bacon.  Bacon just makes everything better, right?  I opted to cook the bacon early, and then I browned the chicken in the bacon grease before putting it on the slow cooker for the day.  When you start with a punch of flavor like that, things can only get better from there!  Truth be told, though, the hardest part of making this soup was not eating the bacon after I cooked it.  That bacon was destined to be crumbled on top of the Slow Cooker Chicken Corn Chowder, but that meant it had to wait for a number of hours…and crispy bacon is never safe around our house!

So as we head into the cold, brr-y days of winter, pull out the slow cooker and make a batch of this Slow Cooker Chicken Corn Chowder.  No matter how cold it is outside, this one will definitely warm you from the inside!  Cheers, friends! 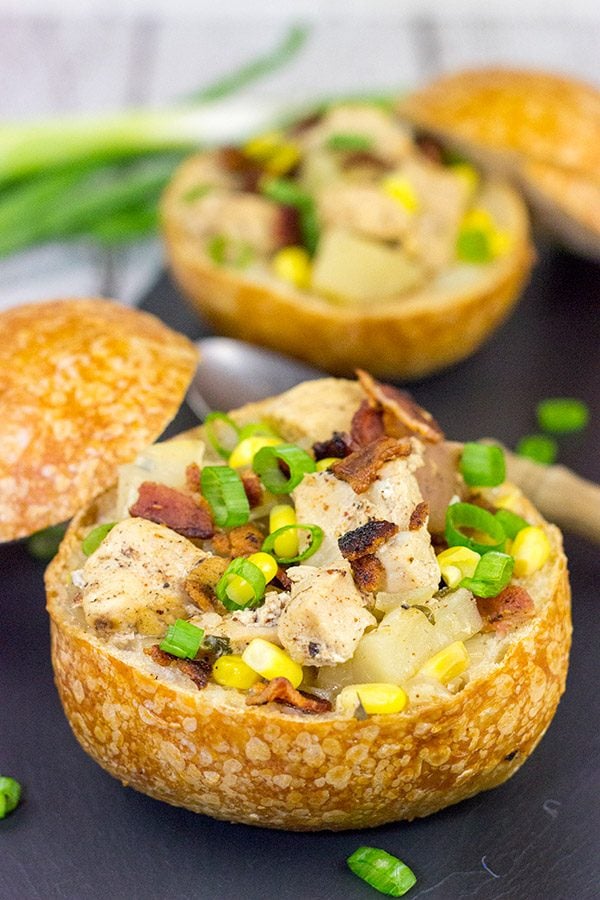 Did you make a batch of this Slow Cooker Chicken Corn Chowder at home?  Leave a comment and rating!  Or snap a photo and tag me on Instagram (@Spicedblog).

Looking for more tasty soups and stews?  Check out these other fun recipes: 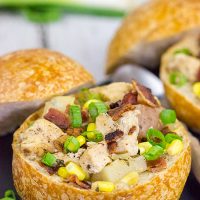