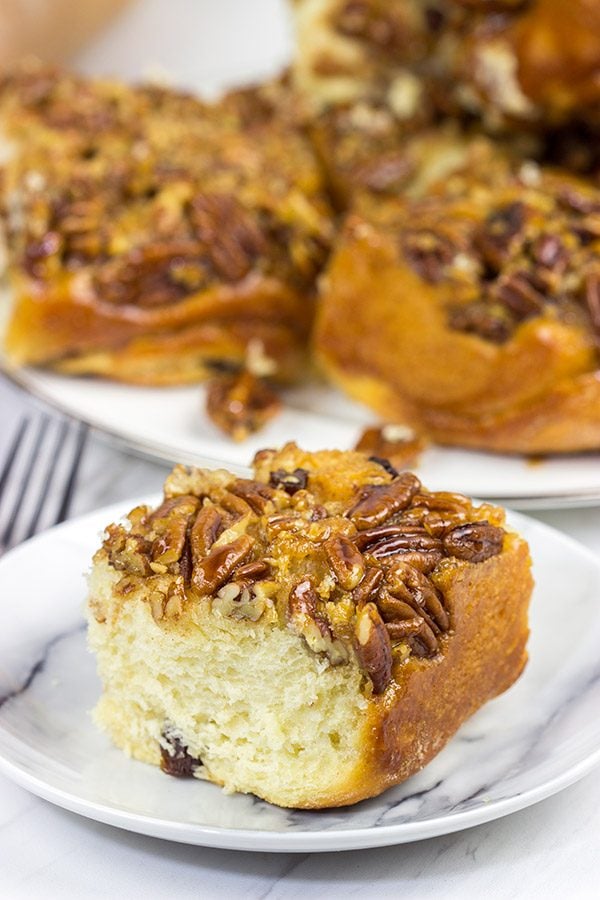 Schnecken, which means ‘snails’ in German, are essentially a German cinnamon roll.  Except these cinnamon rolls are topped with a honey + pecan mixture that is so tasty you’ll be scraping up the bits off the bottom of the baking pan!  I first learned about schnecken back in college when a former girlfriend introduced me to these amazing pastries.  She was from Cincinnati, and apparently schnecken are a favorite in the ‘Nati.  This makes perfect sense as German immigrants were among the first people to settle in this part of the country. 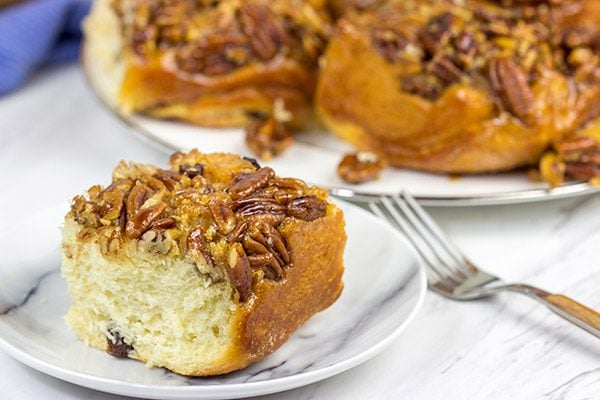 I remember trying to make this recipe way back in college.  I believe it was the Christmas break during my senior year, and I was back home in Raleigh.  I decided to learn how to make schnecken in an effort to impress my girlfriend.  The plan sounded great in theory…until my bowl of yeast blew up in the fridge overnight.  Ok, ‘blow up’ is a strong term.  More like ‘gradually oozed out of the bowl and all over the shelf’ is a better description.  That was my first experiment with yeast, and it wasn’t a good one. 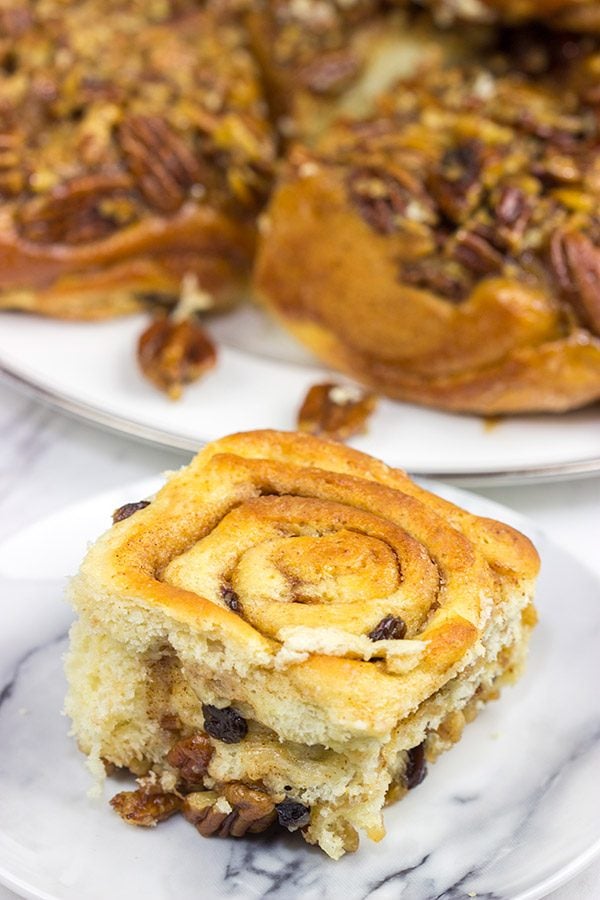 Not to be dissuaded, I tried this recipe several more times over the years.  What can I say?  I’m a bit stubborn at times.  I’m glad I stuck with this one, though, as this schnecken recipe has become one of my favorites.  Soft, pillow-y bread covered in gooey honey-coated pecans.  Are you hungry yet?  I know I am! 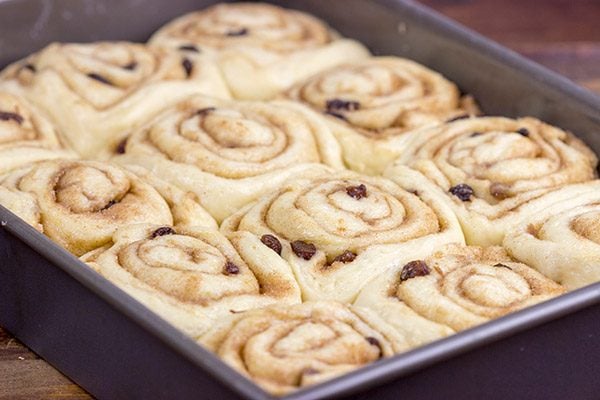 I took this batch into the curling club, and one of my friends just looked at me with a blank stare when I told him I made a batch of schnecken.  He said (and I quote): “That sounds like something teenagers used to do.”  He’s hilarious.

Even though the yeast monster took over my fridge when I first made this recipe, don’t let that discourage you!  Just make sure you put the dough in a large bowl as it will rise overnight.  Schnecken are a bit unique in that they get refrigerated overnight.  However, in my opinion, that actually makes this recipe easier as you can take care of the dough on Day 1.  Then on Day 2, you just need to roll it out, fill it and then let it rise for an hour.  Trust me when I say the process is worth it!  Cheers, friends! 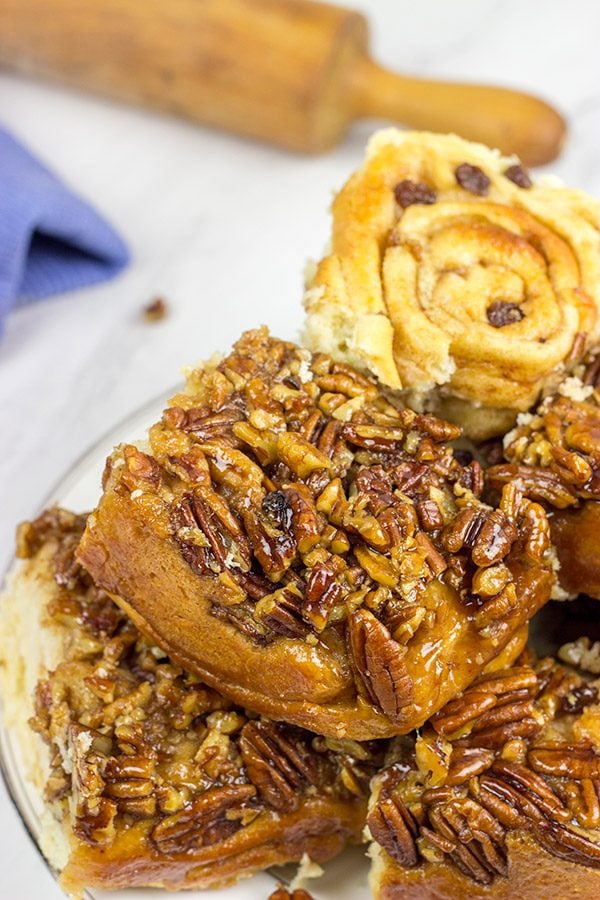 Did you make a batch of these Schnecken at home?  Leave a comment!  Or snap a photo and tag me on Instagram (@Spicedblog).

Looking for more tasty breakfast recipe ideas?  Check out these other favorites: