This Pesto Potato Salad is perfect for summer…and it doesn’t include any mayo! 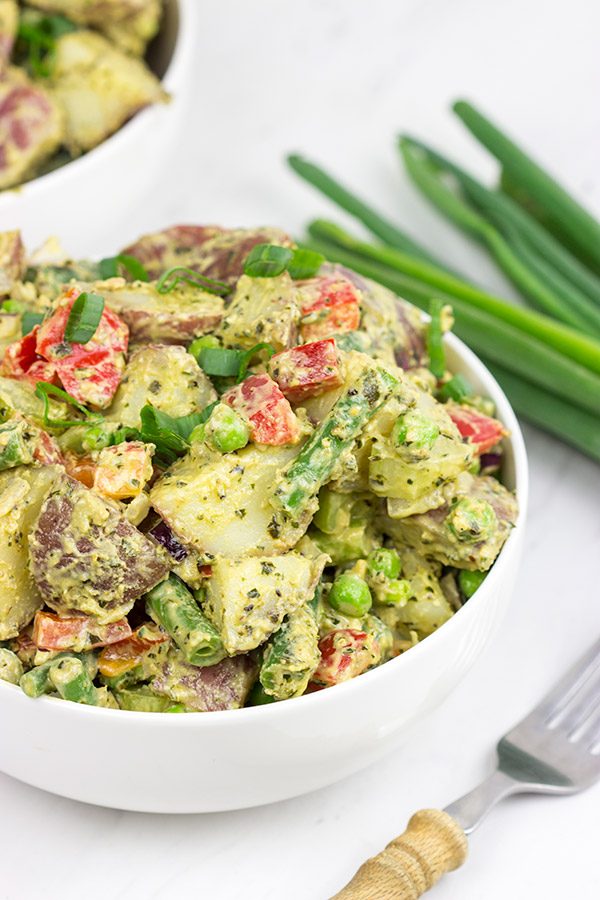 We are smack in the best time of the year for upstate New York.  Summer.  (Well, leaf season in Autumn gives it a run for its money…but summer really is great up here!)  When we lived down South, it was the opposite.  Winters weren’t too bad, but summers were just downright hot.  Like really hot.  Like set your alarm at 8am on Saturday morning to mow the lawn…because by 10am it’s too hot to be outside.  And we weren’t the only ones who did that, either.  In fact, it was pretty much a neighborhood yardwork party every Saturday morning down there! 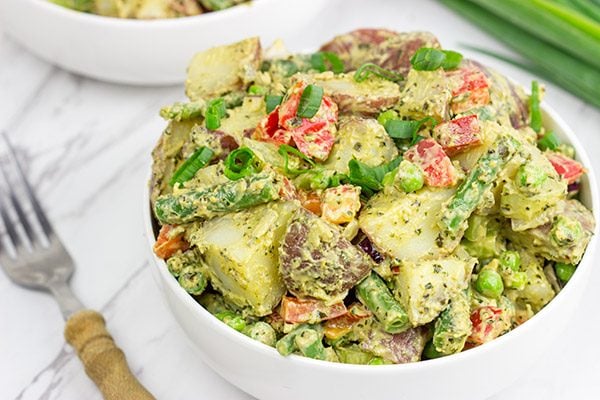 We spend a lot of time out on the back deck during the summer here.  If I’m not on the deck, then chances are you can find me laying in the hammock.  And chances are I’ll have one dog laying on the ground next to me with another one not far away.  I’ve mentioned our pups here from time-to-time, but they were our first children…and they’re spoiled.  Granted, they are less spoiled now than before Robbie arrived, but those dogs are still pretty darned spoiled! 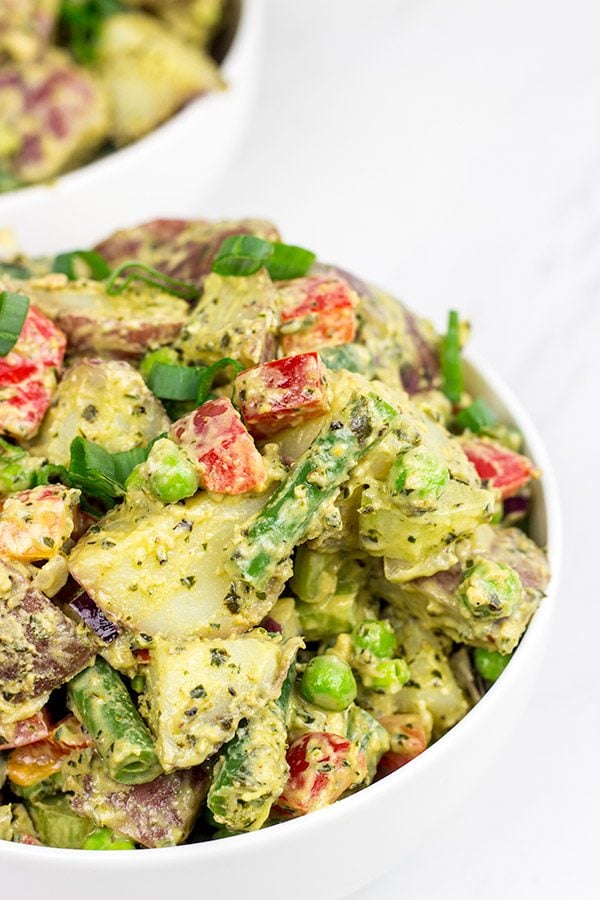 A while back, we discovered the whole concept of mobile dog grooming.  Max gets super shaggy super fast, so we have to make sure to keep him trimmed down…especially during the summer.  We tried a couple different services, but I never liked the idea of having to drop him off for an entire day to get his hair cut.  So when we came across a mobile dog groomer in our area, we jumped on that one.  And since I work from home, this is pretty much an ideal situation for us…and our pups! 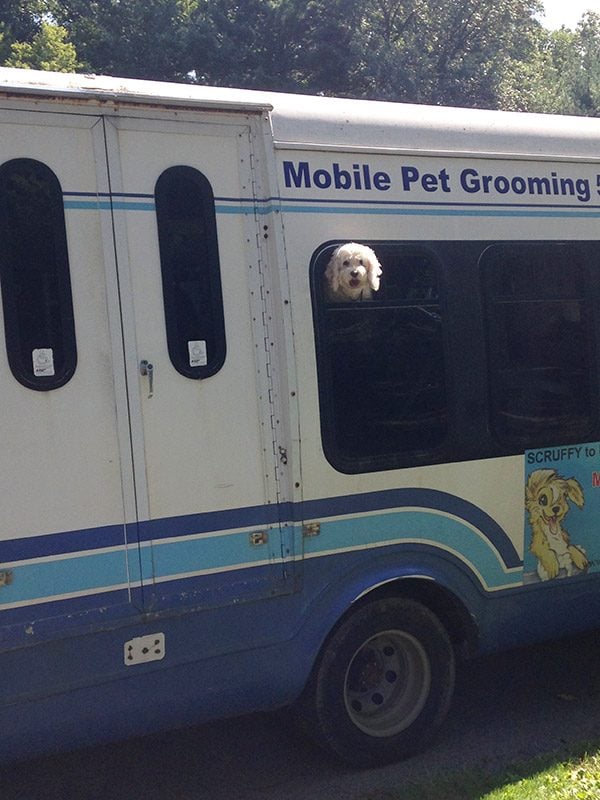 One day last summer, I looked out of the window and noticed Max had his head stuck out of the groomer’s van.  She was probably trimming his belly or tail, and he apparently just wanted to enjoy the summer air at the same time.  I literally laughed for about 5 minutes…and I had to sneak out and snag a photo.  This picture just screams summer to me, and it’s one of my all-time favorites of Max! 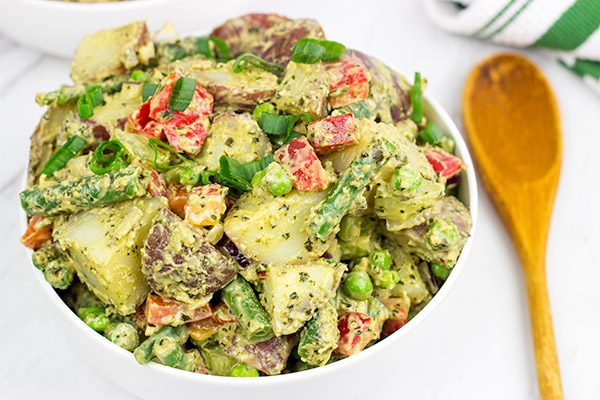 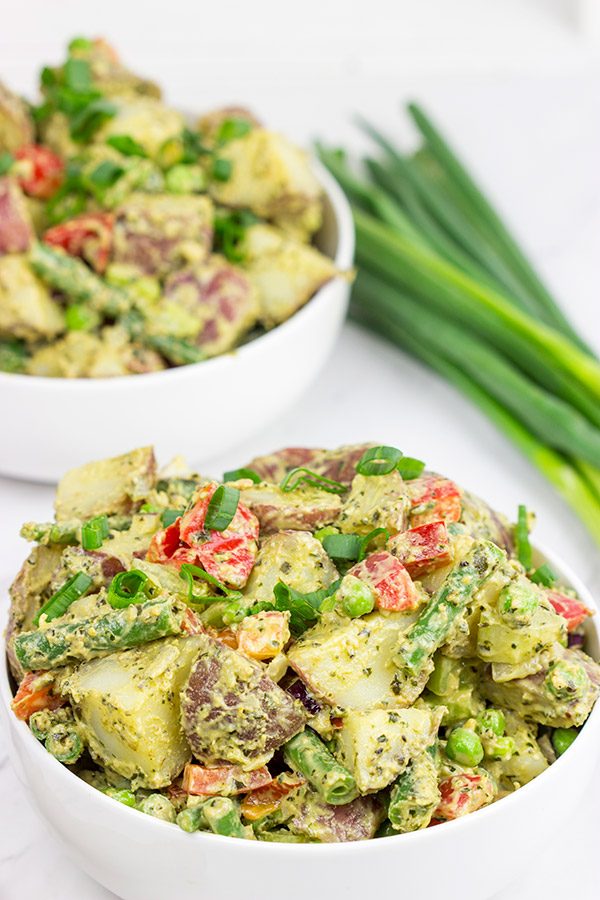 I’ve never been a fan of store-bought potato salads as I feel like they’re just a tub of mayo with a couple of potatoes hiding somewhere below.  (With that said, I don’t mind mayo in potato salads…just not too much!)  But this Pesto Potato Salad uses Greek yogurt instead of mayo…and it works quite well.  You won’t even miss the mayo here!  This potato salad is definitely a new favorite around here.  Make plans to get outside this week and enjoy the warmer weather…and make a batch of this Pesto Potato Salad to bring along with you! 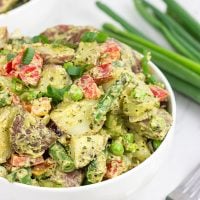