Topped with your favorite baked potato toppings, these Muffin Tin Loaded Baked Potatoes are a fun and tasty side dish! 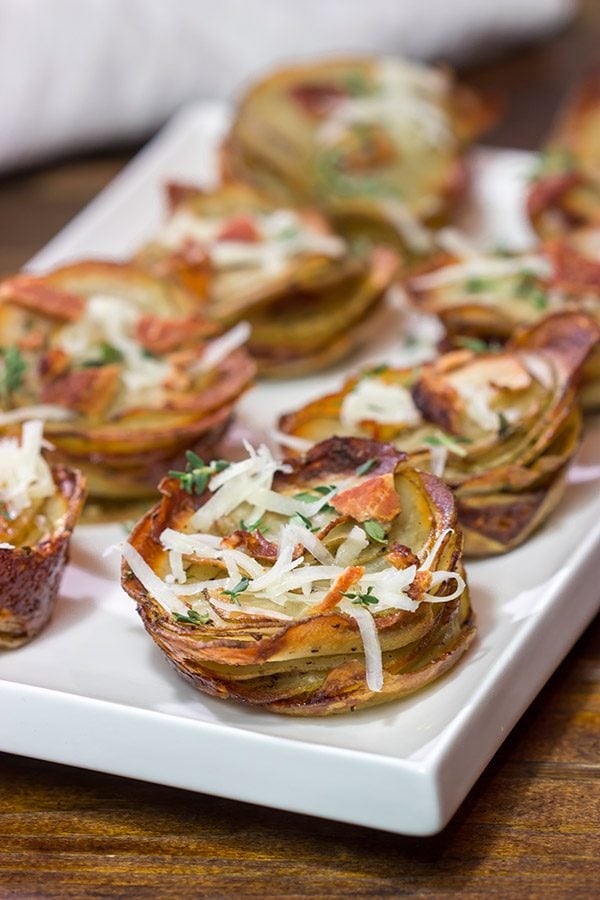 It’s customary to leave flowers, pictures or other small remembrances as memorials at grave sites.  But potatoes?  Potatoes are commonly left at the grave of Frederick the Great.  In order to explain this odd tradition, we need to take a step back.  Picture yourself in Germany in the mid-1700’s.  (More accurately, Germany was known as Prussia in those days.)  Frederick the Great was the ruler of the Prussia, and he was responsible for a number of major military and cultural advancements.  His accomplishments are too lengthy to list here, so we’ll focus on how he became known as The Potato King (Der Kartoffelkönig). 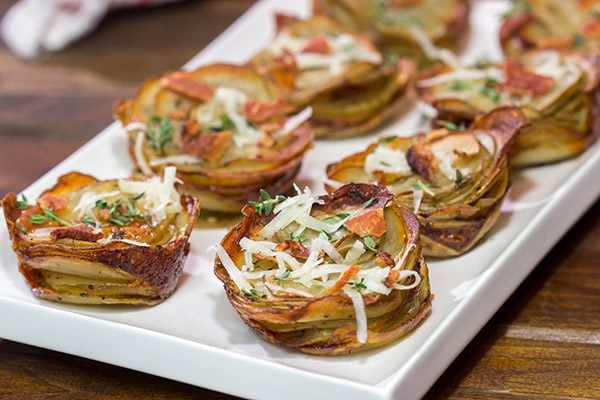 The kingdom’s food supply was a major focus of Frederick’s reign, and he made significant progress in draining swampland and transforming it into viable farmland.  As part of this project, Frederick introduced potatoes to the country.  He loved potatoes, and he is said to have eaten potatoes quite frequently.  Potatoes are also inexpensive to grow, and the newly reclaimed farmlands became excellent places to grow said potatoes.  Potatoes thrived in this part of the world, and they became a major staple of Prussian (and later German) food. 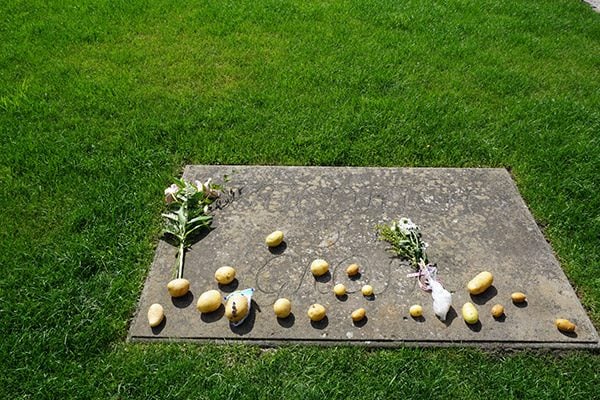 As an homage to Frederick for introducing potatoes to the country, people leave potatoes at his grave at the palace of Sanssouci in Potsdam, Germany.  (If Potsdam sounds familiar, it’s also the location where Churchill, Stalin and Truman met to divide Germany after WWII.)

Another fun fact about Frederick’s grave?  He wasn’t close to his wife, so he actually requested to be buried next to his two greyhounds.  Frederick’s modest grave (and the graves of his dogs) are located on one of the terraces on the back side of Sanssouci.  I took this photo last summer when we visited Potsdam, and if you look closely you’ll see that someone even dressed one of the potatoes up to look like Frederick the Great.  Dressing potatoes up in clothes = awesome. 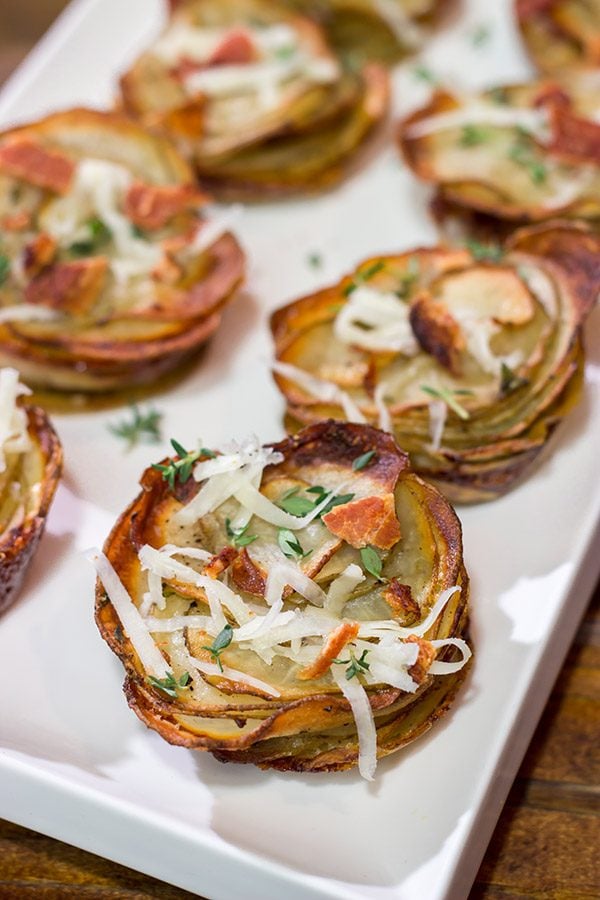 Keeping with the potato theme, we recently made these Muffin Tin Loaded Baked Potatoes for dinner.  We love potatoes around our house, and I could totally go all Bubba from Forrest Gump and start listing out our favorite potato recipes.  Uh, you can bake ’em, boil ’em, grill ’em.  Dey’s, uh, hasselback potatoes, garlic parm potato wedges, smashfries, truffle fries.  That’s, that’s about it.  Oh wait, there’s baked potato soup, too. 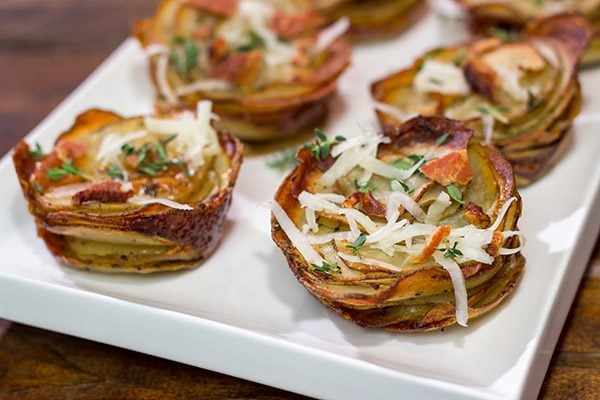 But today’s recipe is a bit different.  It’s essentially individual-sized scalloped potatoes, and it’s delicious!  These Muffin Tin Loaded Baked Potatoes are truthfully fairly easy to make, too.  Unless you’re Edward Scissorhands, you will need a mandoline.  I don’t pull out the mandoline very often, but it’s pretty essential to making certain recipes.  (I personally like this mandoline – aff. link.  It’s easy to use, and more importantly easy to clean.)

For these Muffin Tin Loaded Baked Potatoes, I kept it fairly simple with the toppings.  I layered some crumbled, cooked bacon along with shredded sharp cheddar cheese and fresh thyme in between the layers.  However, this would be a great recipe for playing with other flavors.  Add in some chopped chives.  Or perhaps a fun flavor of cheese.  (Cabot makes an excellent Hot Buffalo Wing Cheddar Cheese and a delicious Tuscan Cheddar Cheese.  Both would be fun mixed in or shredded on top of these baked potato stacks.) 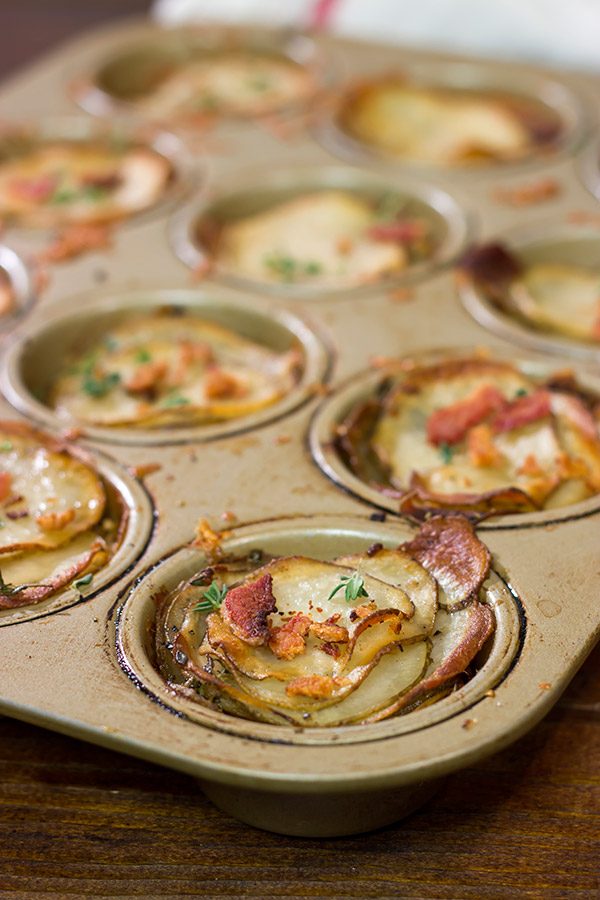 As far as amounts, I found that a medium russet potato yielded ~4 baked potato stacks.  (I sliced the potatoes 1/16″ thin.)  For this recipe, I used 4 medium baked potatoes, and it yielded 18 baked potato stacks.  These Muffin Tin Loaded Baked Potatoes are a fun side dish that go well with all sorts of recipes.  The first night, we served these with delicious grilled ribeye steaks, and then the next night we actually ate the leftovers just by themselves.  No matter how you serve ’em, these Muffin Tin Loaded Baked Potatoes are a fun and tasty dish.  I hope you enjoy these as much as we did!

Did you make these Muffin Tin Loaded Baked Potatoes at home?  Leave a comment, or snap a photo and tag me on Instagram (@Spicedblog).  I’d love to see your version and your toppings! 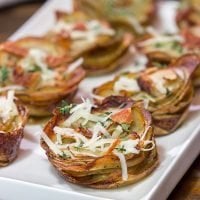 Looking for other fun potato recipes?  Check out these other favorites, too: 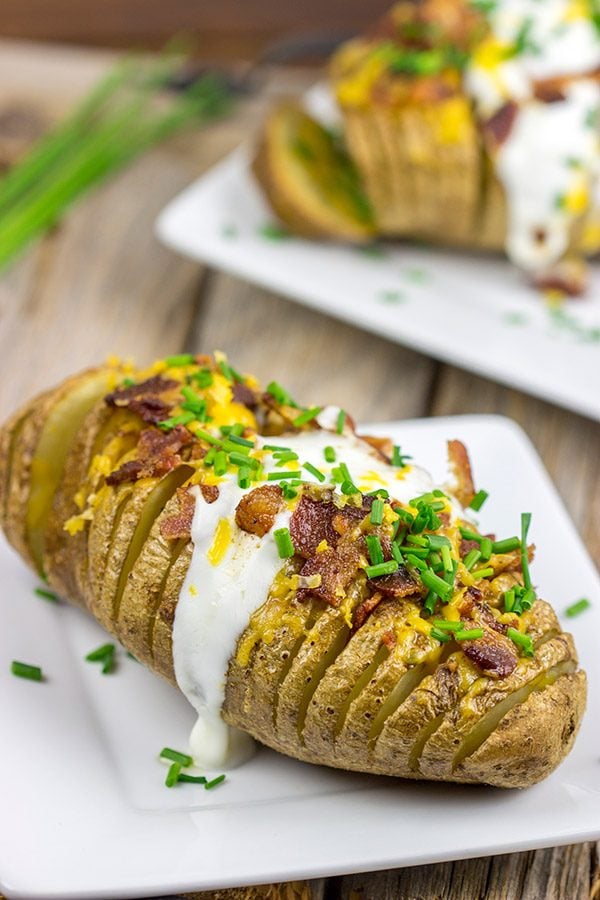 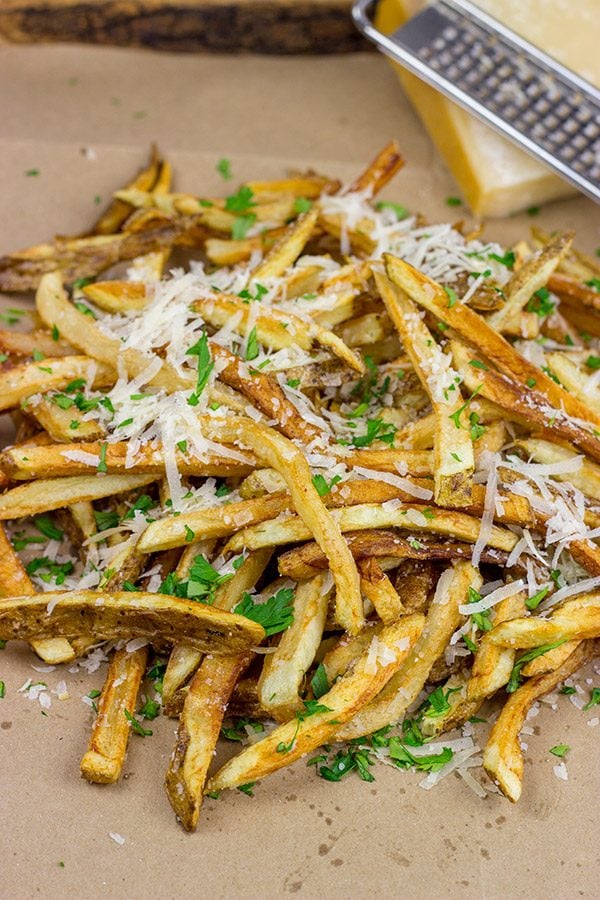 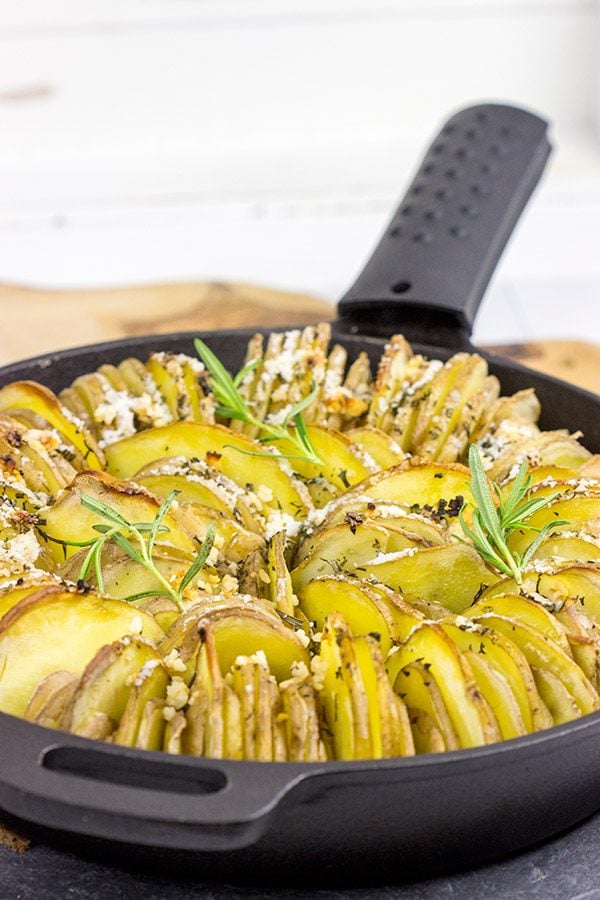