Grab some beads and celebrate Mardi Gras with this tasty Muffaletta Pasta Salad! 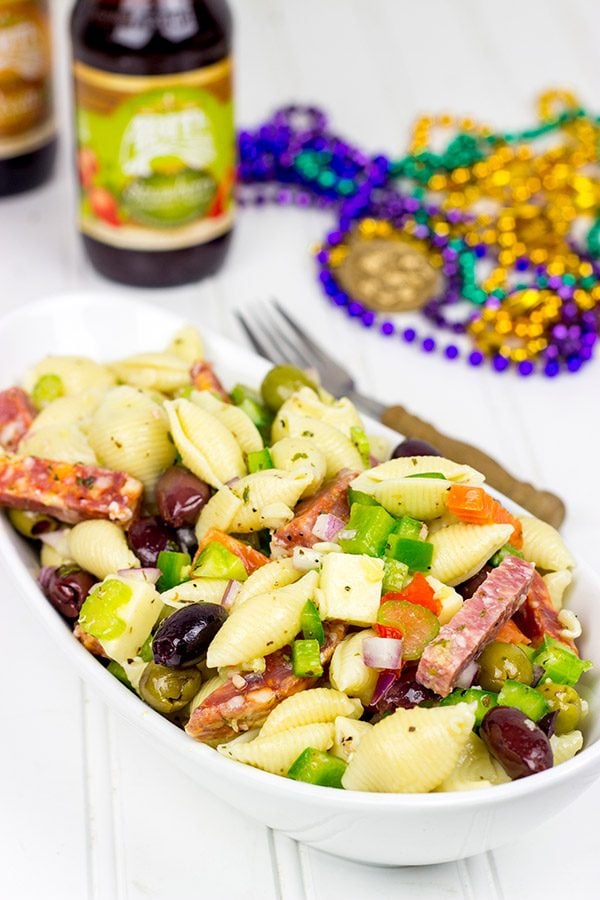 So my wife and I have been catching up on old episodes of The Sopranos lately.  And yes, I am aware that show ended years ago…so by catching up, I mean watching them for the first time.  Somehow we missed this entire show when it originally aired, but now we have a Netflix account…so there’s no better time than the present to catch up on 10-year-old shows!

All of the mob and Italian references in The Sopranos totally reminds me of my wife’s family.  I mean I don’t think they’re in the mob…but there is a door in their basement that I have no idea where it leads.  I wouldn’t be one bit surprised if the other side opened into Satriale’s Pork Store or Bada Bing.  Aside from all of the late 90’s clothes, one of the things I’ve found most humorous about The Soprano’s is all of the Italian slang.  There’s “gabagool” for capicola and “rigaht” for ricotta.  Because those phrases sound so much like the original, right? 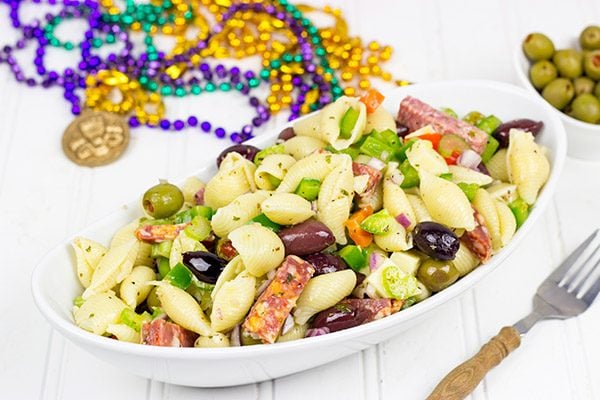 But here’s the thing.  Rigaht isn’t unique to The Sopranos.  My father-in-law totally refers to ricotta as rigaht.  He grew up in an Italian household, and ricotta was just rigaht.  And capicola was gabagool.  And prosciutto was pruhzhoot.  And mozzarella was mutzadell.  I couldn’t make this stuff up if I tried!  And now that I think about it, I’m pretty sure my father-in-law is related to Tony Soprano somehow.

All of this talk about Italian meats and cheeses reminds me of the classic New Orleans muffaletta.  This sandwich is iconic to the Crescent City, and it’s quite delicious.  It’s loaded with Italian meats, but most importantly, a good muffaletta features a tasty olive spread.  When my wife and I last visited New Orleans (which was sadly about 6 years ago now), we totally grabbed a muffaletta from Central Grocery and sat on the banks of the Mississippi with our sandwiches.  And a bag of Zapp’s potato chips and an Abita beer, of course. 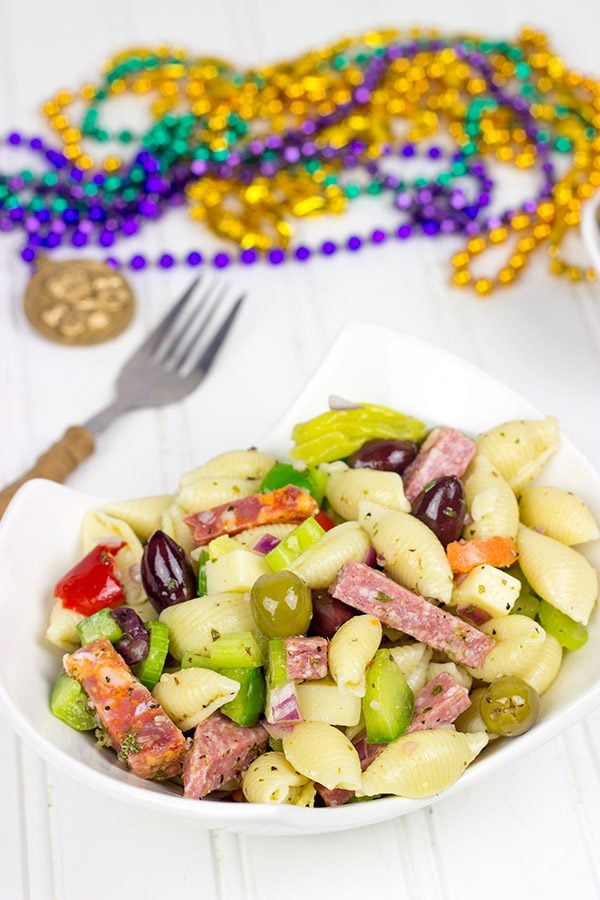 I posted my take on the muffaletta a while back when I first started this blog.  In honor of Mardi Gras this year, I decided to recreate that muffaletta…in pasta salad form.  Truthfully, this Muffaletta Pasta Salad is just a slight twist off of this Antipasto Salad, but that pasta salad is still one of our favorites around here…so I figured why not adjust it slightly to reflect the muffaletta.  One of the key changes is the addition of more olives.  A muffaletta starts with a good olive spread.  So this Muffaletta Pasta Salad needed to start with a bunch of olives. 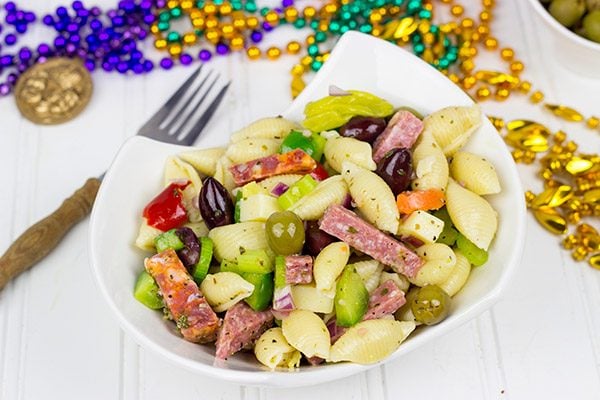 Olives.  I used to hate ’em.  I mean, I wanted to like them out of principle…but I just didn’t.  But then it all changed a year or two ago…and now I love olives.  I even picked up some blue cheese stuffed olives from the olive bar at our local grocery store the other day.  Blue cheese stuffed olives.  Talk about two things that I would never have touched 5 years ago!  And now I seek them out and hoard them all to myself.

So grab some beads and a mask and celebrate Mardi Gras.  Laissez les bon temps rouler!  (That’s the state motto of Louisiana, and it means “Let the Good Times Roll!”) 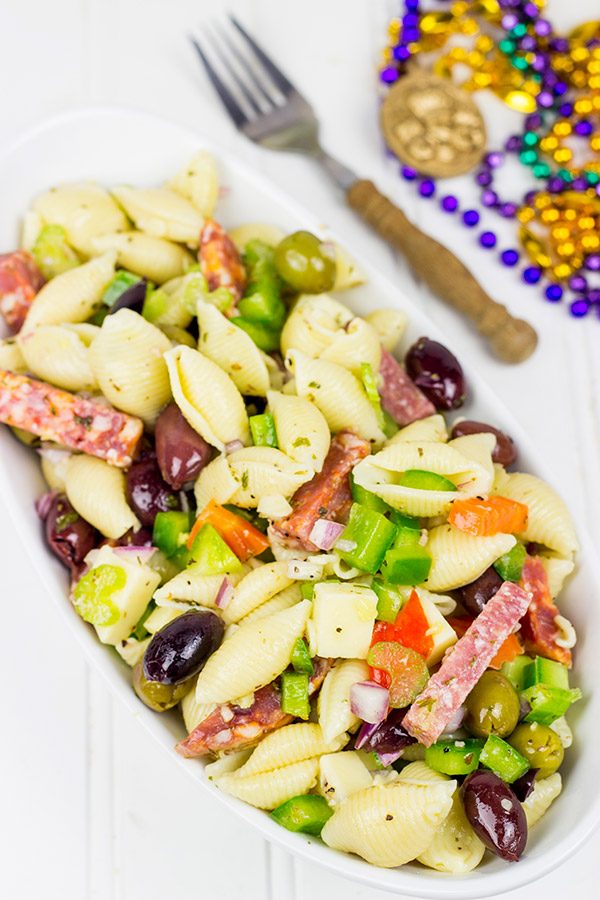 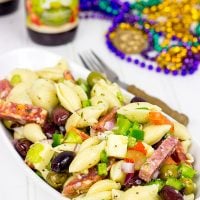