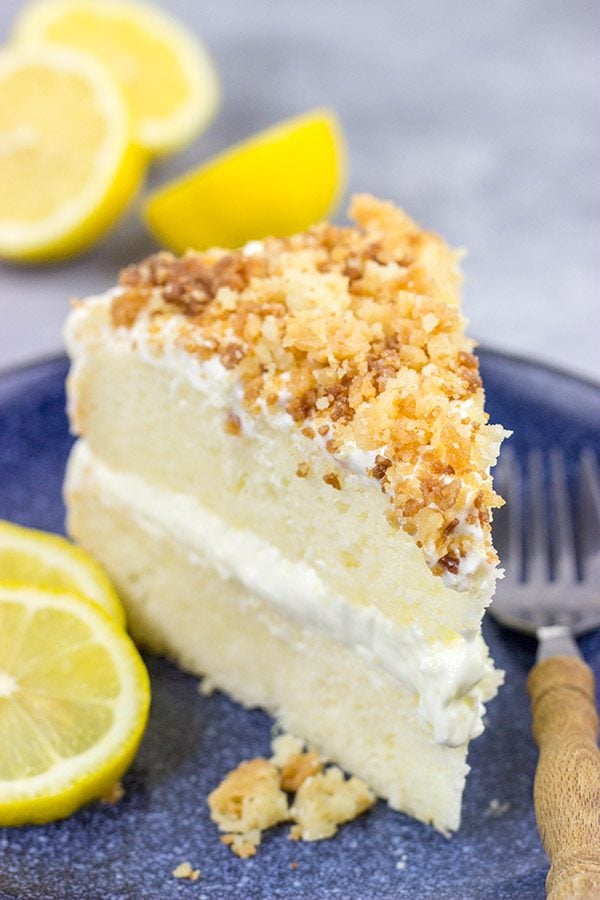 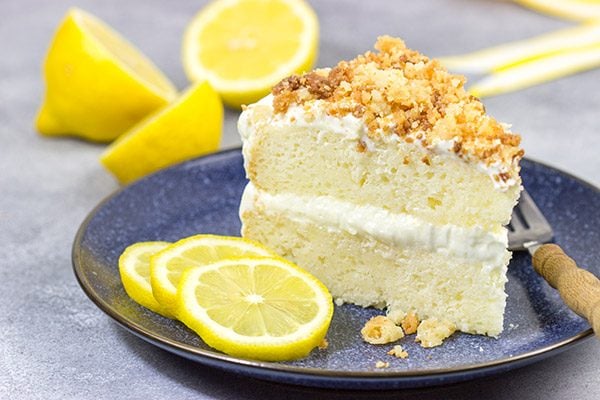 Let’s talk about truth for a moment.  Have you heard of the Bocca della Verita?  Allow the Roman historian in me to take over for just a brief moment here.  I promise we’ll talk about this Lemon Cream Cake soon!

The Bocca della Verita (aka the Mouth of Truth) is a large marble statue of sorts located in Rome.  According to legend, if someone places their hand inside the statue’s mouth and then tells a lie, the statue will bite off the liar’s hand.  Ouch!  For you movie buffs out there, this scene was reenacted by Audrey Hepburn and Gregory Peck in Roman Holiday.  The Bocca della Verita currently hangs on an outside wall of Santa Maria in Cosmedin near the site of the Roman Forum.

Testing one’s fate at the Mouth of Truth is a classic stop for Roman tourists.  It’s free to visit…unless you lie and come away with one less hand.  Plus, it’s just fun to recreate that scene from Roman Holiday.  To up the ante a bit, legend has it that a priest used to hide behind the statue with a scorpion and ‘dispense’ justice to suspected liars.  Now I’m not a liar, but I’m not too eager to stick my hand in a closed space full of scorpions.  Call me crazy and all. 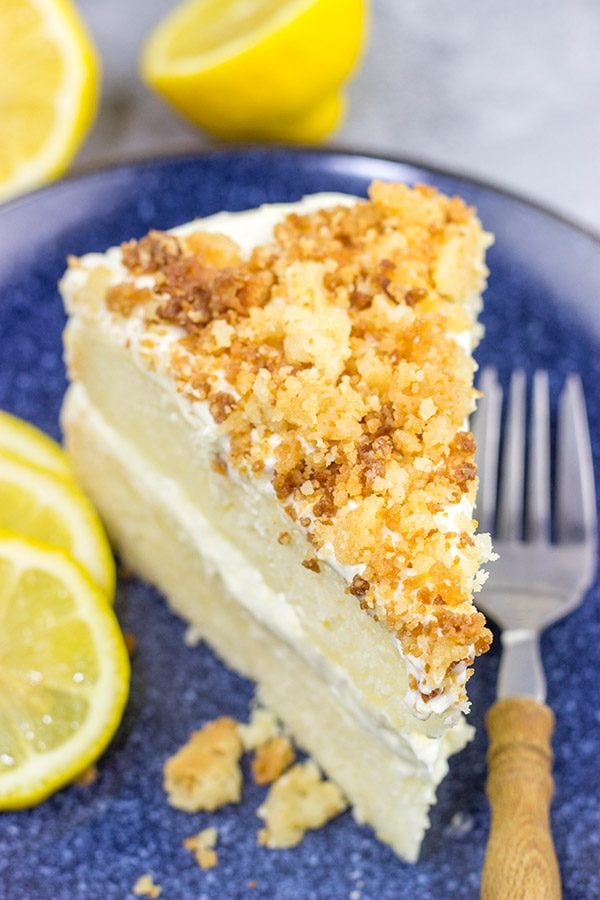 Shifting attention away from truth, lies and scorpions, let’s talk about this delicious Lemon Cream Cake.  The cake itself is packed with lemony goodness, but the frosting is what makes this one really fun!  Instead of a traditional buttercream, I decided to go with a lighter version here.  I thought about a cream cheese frosting, but it just felt too heavy for the bright lemon flavors going on in this cake.  In the end, I went with a cream cheese frosting folded with whipped cream.  This lightened up the frosting a bit, and it’s an excellent match for the lemon flavor in the cake.  Truth be told, I could’ve eaten that frosting by the spoonful.  And I’d say that with my hand in the Bocca della Verita! 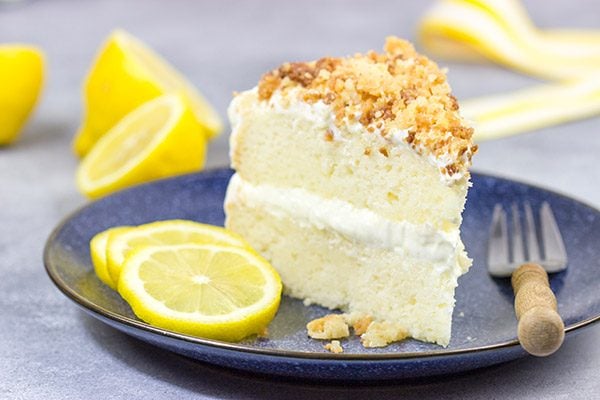 As much as I love the lightened-up frosting here, I did want to include a bit of crunch to this cake.  I wasn’t sure how to go about this.  At first I thought about chopping up vanilla Oreo’s and sprinkling them on top.  But that required a trip to the store, and I was feeling lazy.  So I experimented a bit.  I took my streusel topping recipe and tried baking it by itself.  In my head, the streusel would’ve browned in beautiful clusters like it does on top of muffins or coffee cakes.  In truth, it melted into a thin sheet once it got baked.  (Good thing I put foil down on that pan, eh?)

I was about to go back to the crunchy drawing board when I realized that the cooled streusel could still be chopped up and sprinkled on top.  So that’s what I did!  Feel free to do the same, or experiment with another crunchy option.  Either way, I hope you enjoy this Lemon Cream Cake as much as we did!  Cheers, friends! 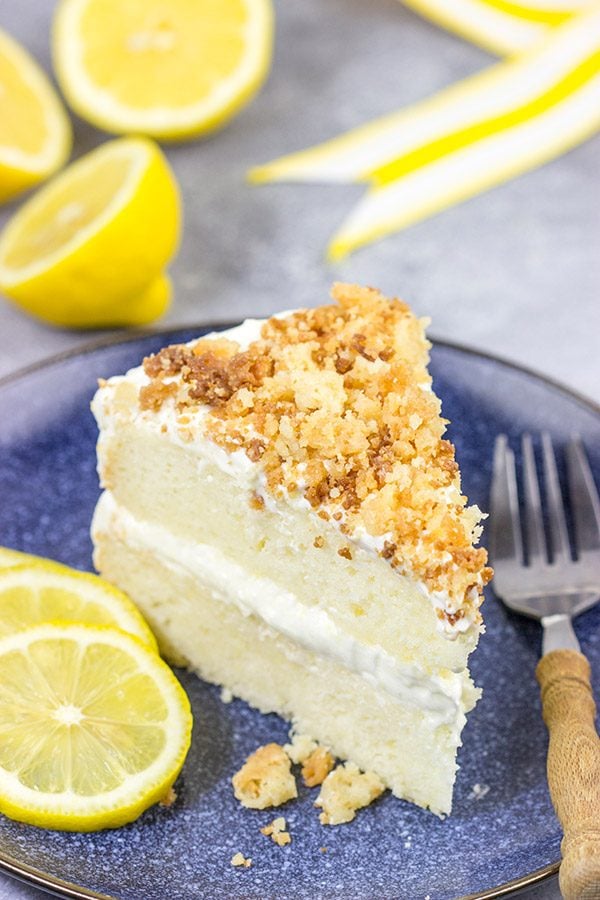 Did you make this Lemon Cream Cake at home?  Leave a comment and let me know!  Or snap a photo and tag me on Instagram (@Spicedblog).

Looking for more lemon desserts?  Check out these favorites: 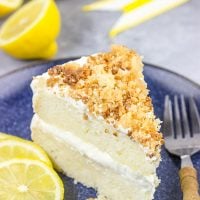