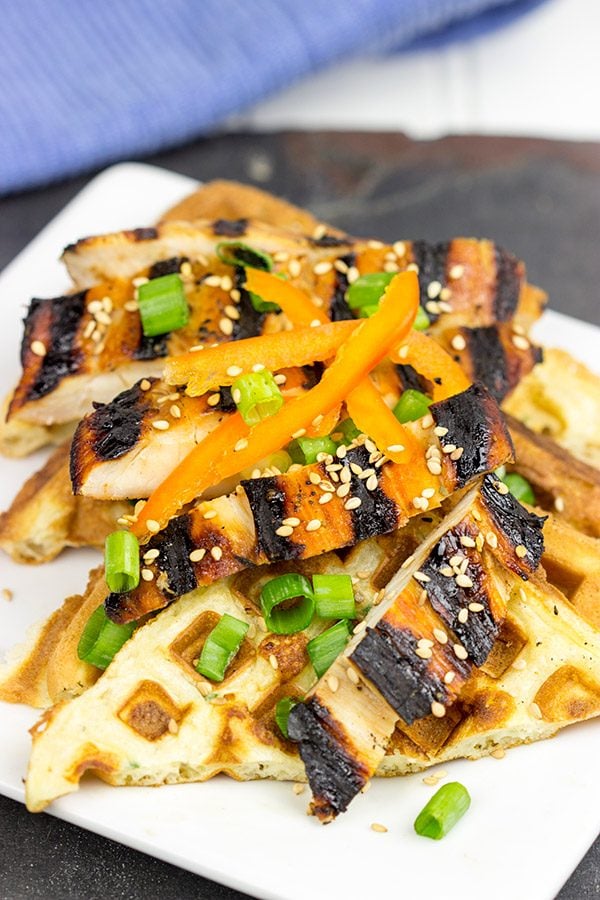 As a Southern boy, I grew up with chicken and waffles.  The combination is a staple in Southern cuisine, and I remember seeing it quite often on restaurant menus.  My mother never made chicken and waffles at home, but it was still a common recipe.  It wasn’t until years later that I realized that fried chicken + waffles is a bit of a strange combination.  A delicious combination…but nevertheless still a strange one.

In recent years, I’ve noticed chicken and waffles popping up at trendy restaurants…and rightfully so.  It’s a fun dish that provides chefs the opportunity of putting a creative twist on a classic Southern dish.  We stumbled upon one of these creative twists several months back when we stayed at Smuggler’s Notch in Vermont for several days.  (Remember these Maple Glazed Cinnamon Rolls?  They were another Smugg’s classic!) 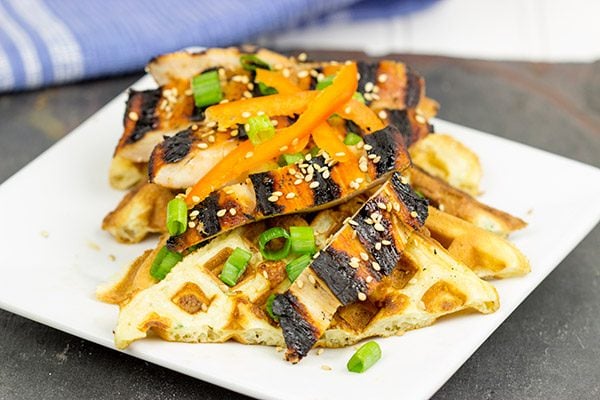 My wife and I were incredibly impressed with our experience at the Hearth & Candle, which is one of several restaurants on site at Smuggler’s Notch.  One of the featured entrees on the night we visited was Korean BBQ Chicken and Waffles.  Woah.  My mind was blown.  I’ve come across some delicious fried chicken and waffles, but adding a Korean spin?  Genius!

And this wasn’t just a plain waffle, either.  The chef had created a Green Onion + Ginger Waffle to serve as the base.  Savory waffle topped with delicious Korean BBQ and house kimchi.  I didn’t even need to ask my wife what she was ordering.  I guessed she was eyeing up the Korean BBQ Chicken and Waffles…and I was right! 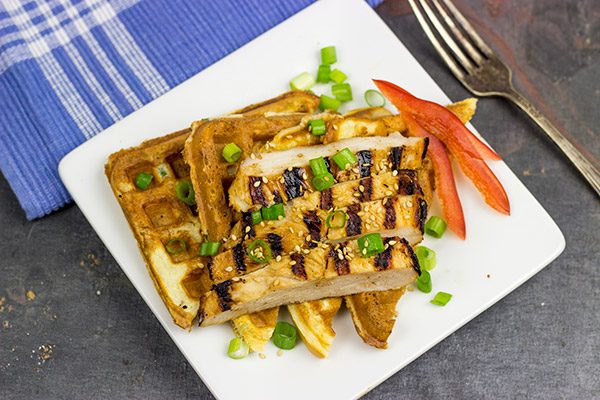 The folks at Hearth & Candle were nice enough to share their recipe for the Green Onion and Ginger Waffles.  It didn’t take long after we got back for me to whip up a batch of these waffles…they’re insanely delicious!  In fact, these waffles would be a fun side dish to serve along with all sorts of different meals.  A couple of weeks ago, I decided to channel my inner Smugg’s spirit and come up with a Korean BBQ-inspired chicken recipe to go with these waffles.

I’ll be the first to admit that I’m no expert when it comes to Korean BBQ.  I’ve eaten it a couple of times, and it’s tasty…but I’ve never made it at home.  Since I love grilling, I decided to marinate chicken in a Korean BBQ-inspired marinade.  (You could certainly go with the more traditional route and stir-fry the chicken instead.) 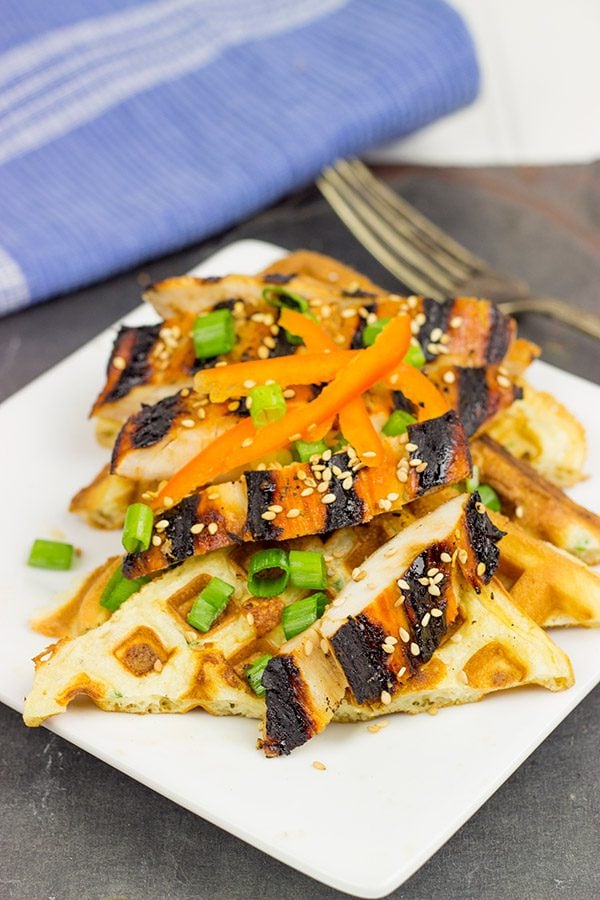 I sliced up that grilled chicken and served it on a stack of tasty Green Onion and Ginger Waffles.  I’ve got to say that this combination made for a really fun meal!  It doesn’t replace the delicious dishes served at Hearth & Candle, but it will certainly hold me over until I can get back up to Smuggler’s Notch again!

Did you make these Korean BBQ Chicken and Waffles at home?  Come back and leave a comment!  Or better yet, snap a photo and tag me on Instagram (@Spicedblog).  Cheers, friends!

This post is not sponsored.  The folks at Smuggler’s Notch and Hearth & Candle were just nice enough to share their recipe with me!