The addition of oats into this classic banana bread recipe yields a delicious Banana Oat Bread that will leave you begging for another slice! 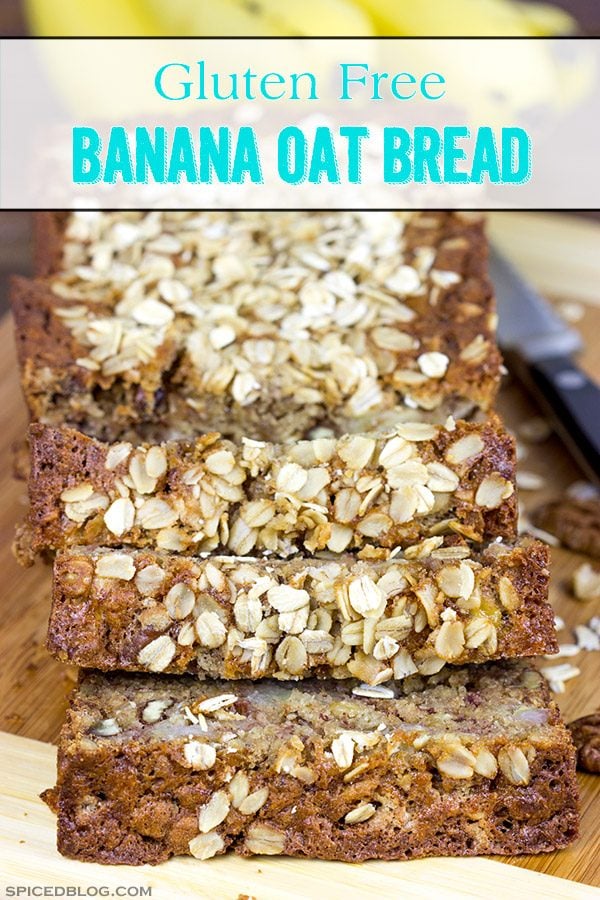 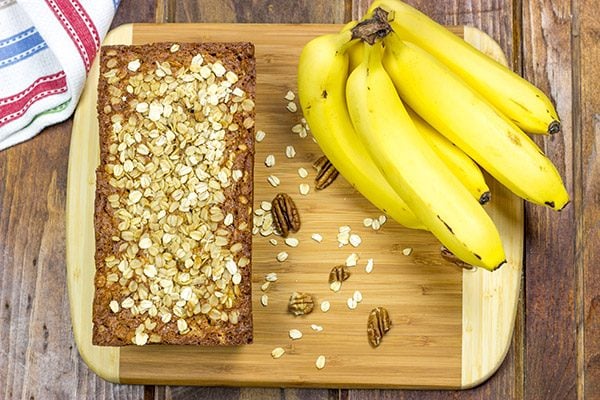 As I mentioned, my mom made banana bread all the time when I was growing up.  It showed up in several different forms, and it was always delicious.  Full loaves, mini-loaves, muffins.  The only difference was how long you baked it.  (Truth be told, I’ve always been partial to the full loaves.  The end pieces are the best, and my mom and I would “fight” over who got the glorious edge pieces.)  In fact, I believe my mom’s banana bread recipe was the very first thing I ever baked on my own.  Seriously.  The first.  So what in the, I say what in the name of Jesse James am I doing changing her recipe? 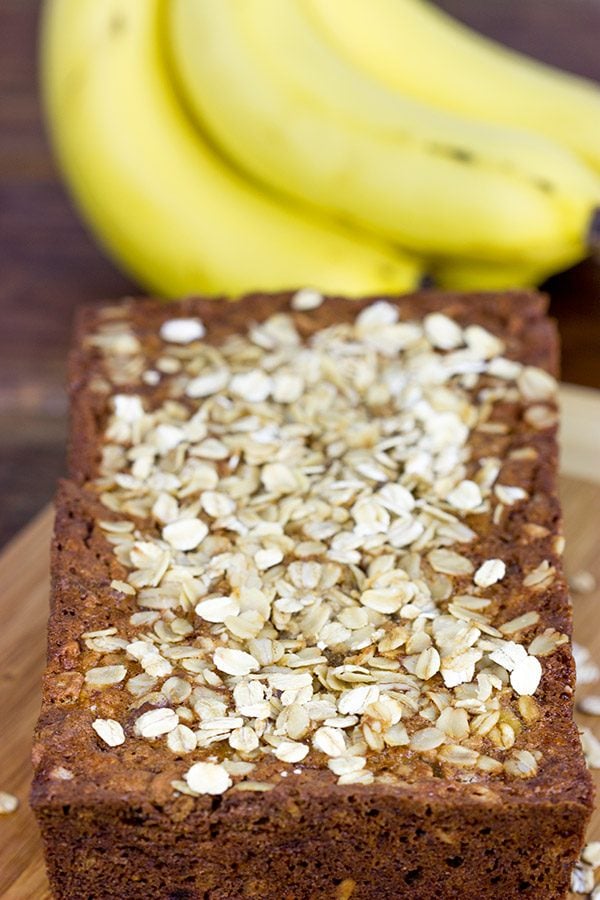 I’ve become incredibly fond of adding oats to my bread recipes, so I decided to go for it and add some oats to my mom’s classic banana bread recipe.  I wasn’t sure what exactly would happen, but I had a good feeling about it.  Oats provide a great texture in breads, and plus it’s kinda fun to top the bread with oats before it goes in the oven.  I grabbed some bananas at the market recently, and I purposely let them turn a bit brown.  Those bananas were destined for this Banana Oat Bread, and I wanted them to be super ripe.

I baked up a full-sized loaf (my favorite!) of this Banana Oat Bread one afternoon.  My wife came in the door not long afterwards and grabbed a piece for a quick snack.  The look on her face said it all.  In fact, she actually said that she thought the Banana Oat Bread was better than the version without oats.  (Sorry, Mom!)  I thought she was spot-on, too.  The oats provided an awesome structure and flavor to the bread.  Banana bread is normally a breakfast type of thing around our house, but we totally ate a slice of this Banana Oat Bread for dessert that night.  (And I got the end piece…so all was good in the world of banana bread.) 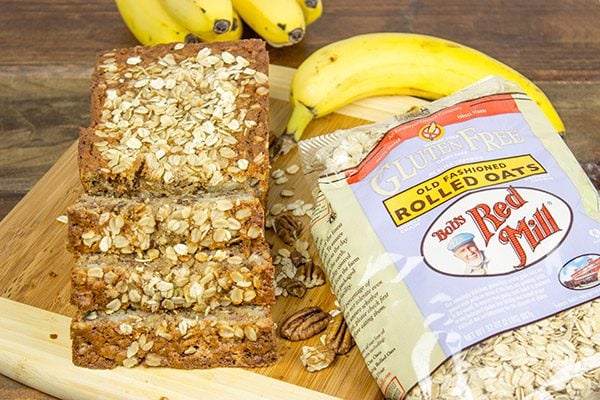 Not only did I use Old-Fashioned Rolled Oats from Bob’s Red Mill in this recipe, but I also used this as an opportunity to try their Gluten Free 1-to-1 Baking Flour.  I’ve dabbled with a couple of non-wheat flours, but I must admit that gluten free baking is not my forte.  There was a time when we lived back in Atlanta when we thought that my wife would have to eat gluten free, though.  We tried it for a couple of weeks, and honestly I was less than impressed.  (We tried a gluten-free pasta that claimed it tasted just like regular pasta.  It didn’t.  Not even close.)  Fortunately, we found out that my wife wasn’t allergic to gluten.  Given my propensity for baking, that was pretty much akin to a kid coming down the stairs on Christmas morning to see if Santa had come during the night. 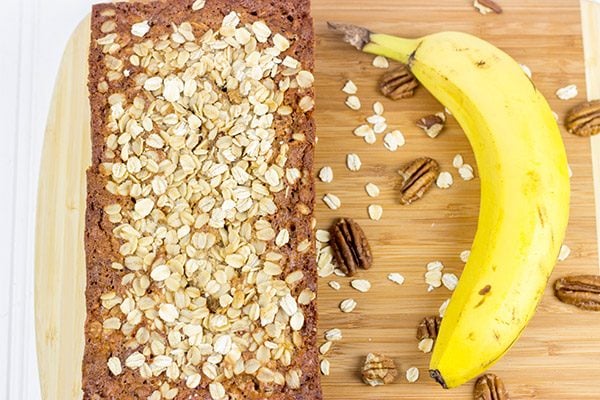 But back to the Gluten Free 1-to-1 Baking Flour.  I was a bit skeptical since I know that the baking properties of wheat flour are hard to mimic.  But this flour totally worked!  It’s a combination of rice flour, potato starch, sorghum flour and xanthan gum…and it works like a charm.  You just substitute it into your regular baking recipes instead of wheat flour, and *boom* you’ve got a gluten-free recipe.  (You do have to make sure that all of the other ingredients in the recipe are still gluten-free, of course.)

Lucky for me, Bob’s Red Mill’s Rolled Oats are naturally gluten-free, so I was all set.  Don’t tell my mother, but I think I may have just updated her classic banana bread recipe.  The oats in the bread provided a depth of flavor that leaves you wanting another slice.  Just don’t expect to get an end slice…I’ve already eaten both of ’em. 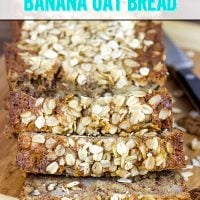 I used Bob’s Red Mill’s Gluten Free 1-to-1 Baking Flour. Traditional all-purpose flour may also be used, although the recipe would no longer be gluten free.

This is a sponsored post written by me on behalf of Bob’s Red Mill.
The opinions and recipe are all my own.  Thank you for supporting the brands that support Spiced!