Who says you need tortillas for tacos?
These Enchilada Baked Potatoes make for a delicious dinner! 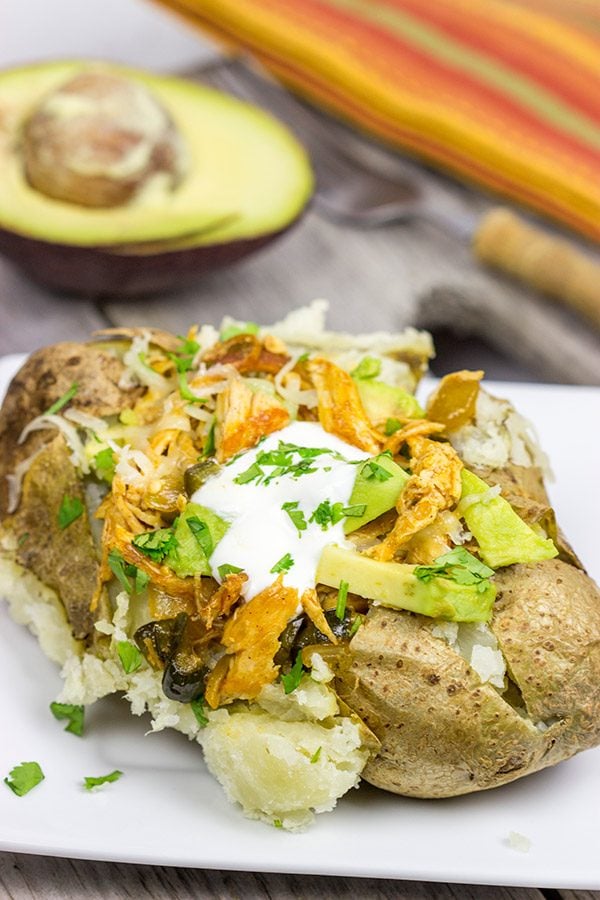 How do you guys do baked potatoes?  Normally, we just go for the traditional ‘loaded’ style tater.  Butter, salt, pepper and perhaps some sour cream.  If it’s summer, I’ll toss some chives on there since we always have chives in the garden.  Absolutely nothing wrong with those toppings.  But these Enchilada Baked Potatoes came about by mistake.  And sometimes mistakes are a good thing! 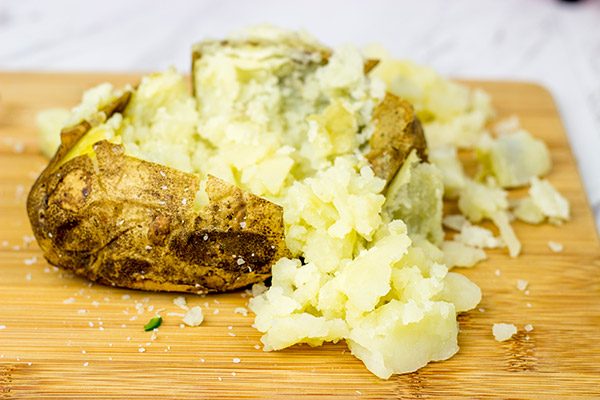 A couple of weeks ago, we had some leftover taco filling that needed to be eaten.  (I know, I know…who actually has leftover taco filling!?)  We also had a couple of Russet potatoes.  Well, it didn’t take long before the taco filling met the baked potatoes and fell madly in love.  Ok, maybe it was us that fell madly in love with this one.  I mean, c’mon people, tacos and potatoes can’t actually get married.  That’s just silly talk. 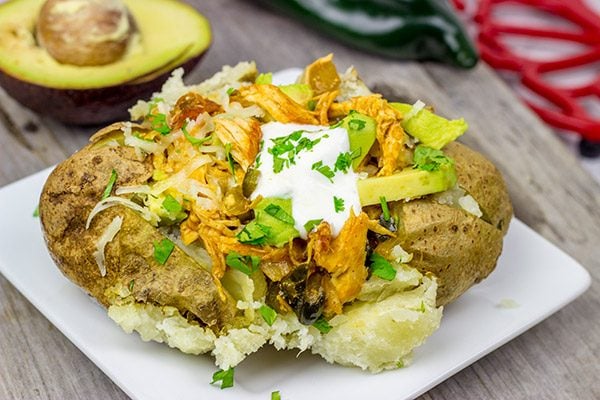 Those Taco Taters were so tasty that we’ve started making them for dinner…on purpose.  These Enchilada Baked Potatoes were the latest creation, and they made for one heck of a tasty meal.  The shredded chicken is simmered in red enchilada sauce along with some diced onions and poblanos.  It would make an excellent taco filling by itself, but I do highly suggest adding it to the top of a fluffy, baked potato.  Trust me on this one! 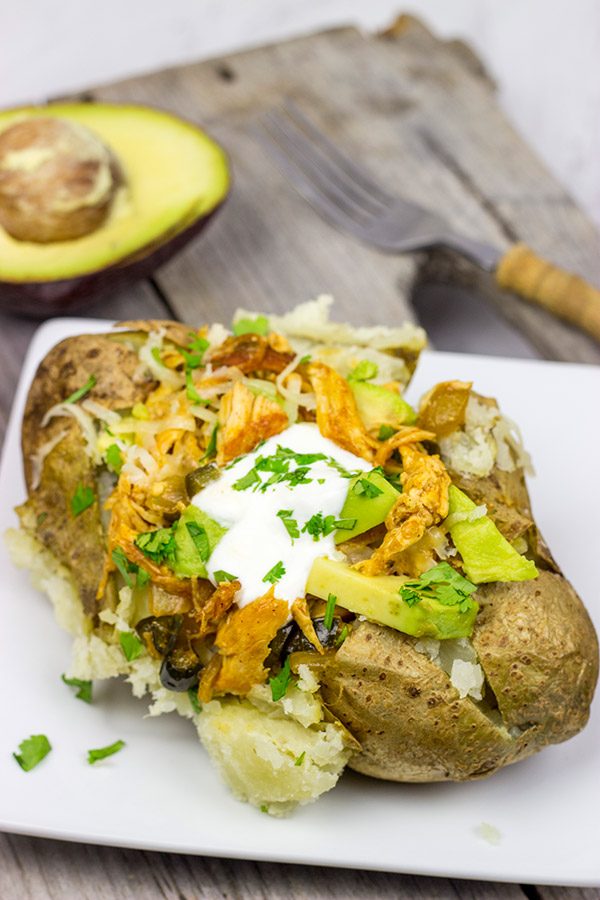 And as luck would have it, I’m actually sharing these on #TacoTuesday.  I normally don’t post on Tuesdays, but I took the long weekend off from posting and social media in general.  I did the unthinkable for a food blogger.  I put the phone down and walked away.  In fact, at one point, I thought I’d lost the thing.  I called myself using Laura’s phone and found mine hiding in the couch.  I was tempted to just leave it there!  (To be fair, I do love the world of social media, but sometimes I just need a break!  I’m sure that resonates with at least some of you guys, right?)

As we get back into the routine following the long weekend, I suggest making #TacoTaters for dinner one night.  Enjoy! 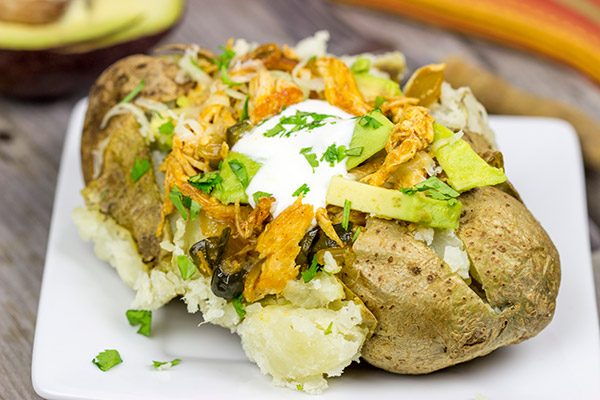 For the Enchilada Topping

For the Enchilada Topping