This Chicken Fajita Skillet is packed with flavor!  It starts on the stove top and then finishes baking in the oven – this easy one-pan meal is perfect for weeknight cooking! 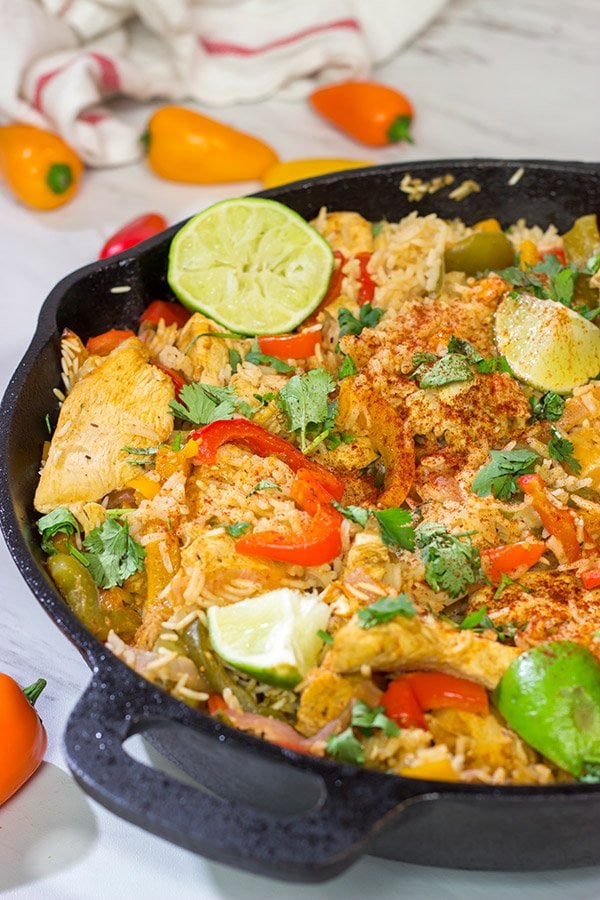 Have you ever dropped your phone in the water?  I have.  Well, technically I didn’t drop it in the water.  I just walked right into the pool with my phone in my pocket.  About 2 seconds later, I was yelling a string of obscenities as I yanked my phone out of my pocket.  Those obscenities didn’t help.  Neither did the whole ‘put your phone in a bucket of rice.’  It was shot.  I ended up having to get a new phone.  That was a sad day in our household.  (It was also several years ago.  Smart phones have supposedly gotten more waterproof.  However, I’m not willing to test that claim just for fun.  Call me crazy.) 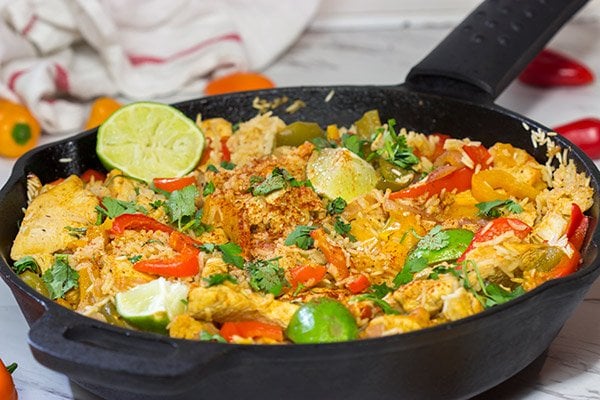 Despite the fact that the rice hack didn’t work for my phone, rice does indeed absorb a lot of water.  It always amazes me how much water gets added to the pot whenever I make a batch of rice.  It seems like rice shouldn’t absorb that much water – but it does.  Today’s recipe is another example of rice absorbing a lot of water. 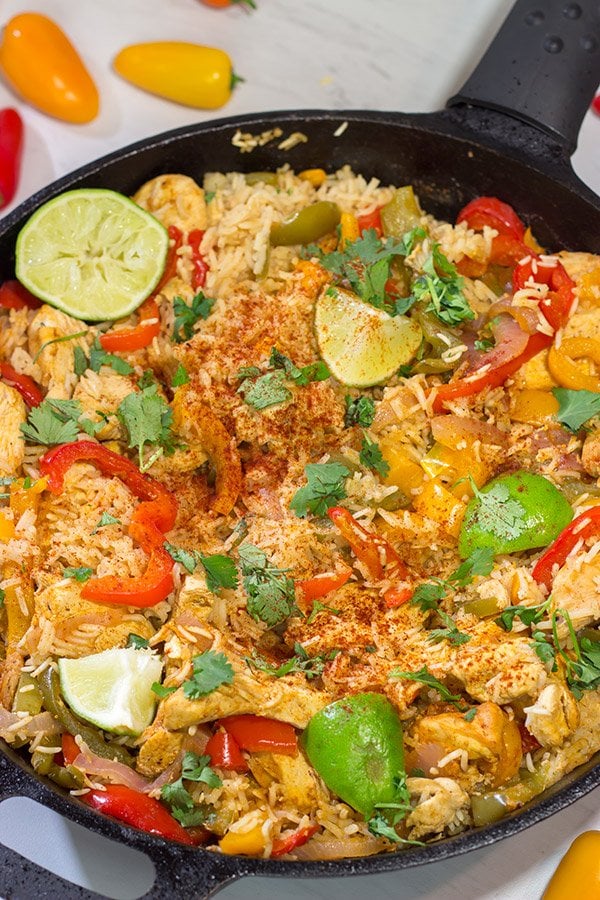 This Chicken Fajita Skillet is a fun recipe to make.  The chicken, peppers and onions all get cooked in a cast iron skillet.  Then the rice gets added (along with a bunch of water), and the whole thing gets moved into the oven to bake.  Yup, the rice gets baked in the oven.  It’s a fun little trick that saves a bunch of time when making this Chicken Fajita Skillet recipe – in fact, this recipe is perfect for weeknight cooking since the active time is only about 15 minutes or so.  That leaves you time to check your email, find your next Netflix obsession or clean up the kitchen.  (Let’s be real – finding the next Netflix obsession *ahem – Lupin – ahem* is way more interesting than cleaning the kitchen!) 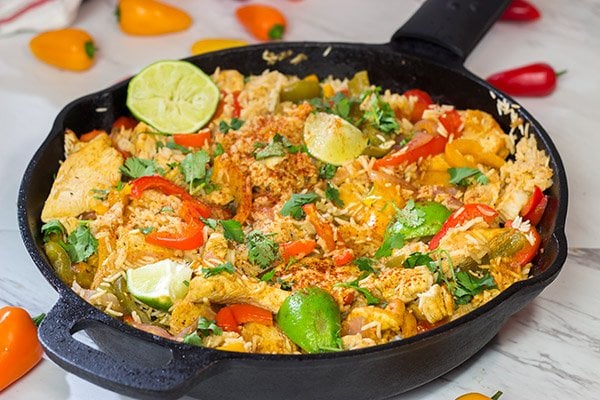 We love fajitas around our house.  In fact, this Copycat Chili’s Fajitas recipe is one of our tried-and-true comfort food meals.  It’s amazing!  The key to flavorful fajitas is marinating the chicken overnight.  I used the exact same marinade for this Chicken Fajita Skillet.  Delicious!  The peppers and onions add a bunch of flavor for sure, but the real key here is the fresh lime juice and chopped cilantro.

Once this skillet came out of the oven, I squeezed in a fresh lime and added a handful of chopped cilantro.  Truth be told, I mixed in an extra handful after I took the photos – I love cilantro!  We also added a spoonful of sour cream.  I highly recommend this for the added flavor and creaminess – the sour cream balances the acidity from the lime, and it’s quite tasty. 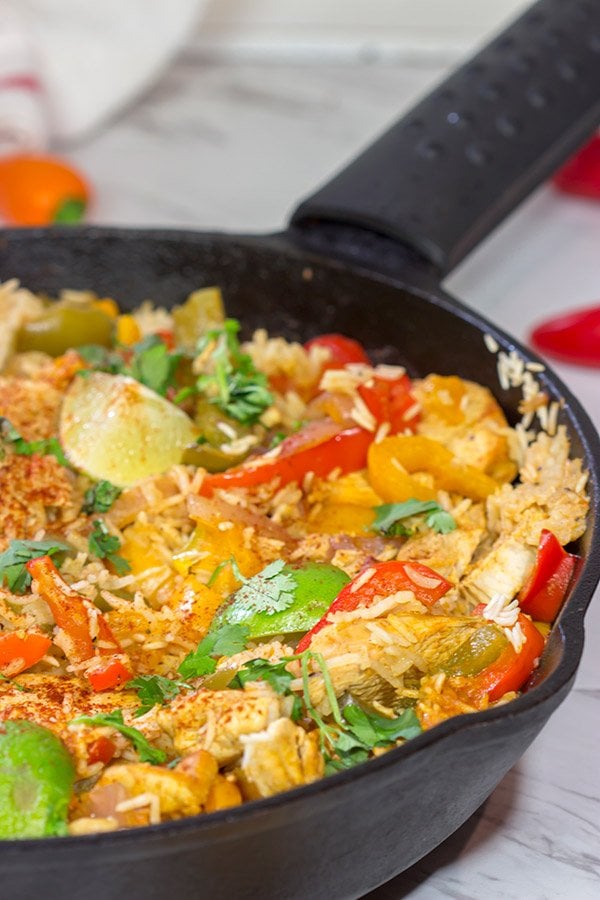 If you’re looking for an easy dinner recipe that’s still packed with flavor, then this Chicken Fajita Skillet deserve a spot on the menu!  And depending on the size of your family, you might be lucky enough to have leftovers.  We turned the leftovers into burritos on Night #2, and then we still had just enough to make a quesadilla to split between us on Night #3.  I hope you enjoy this skillet as much as we did!

Did you make this Chicken Fajita Skillet at home?  Leave a comment, or snap a photo and tag me on Instagram (@Spicedblog).  I’d love to see your version! 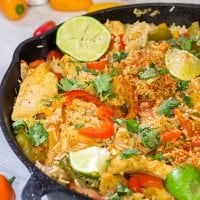 For the Chicken Marinade

For the Fajita Skillet

For the Chicken Marinade

For the Fajita Skillet

Looking for more fajita recipes?  Check out these other favorites, too: 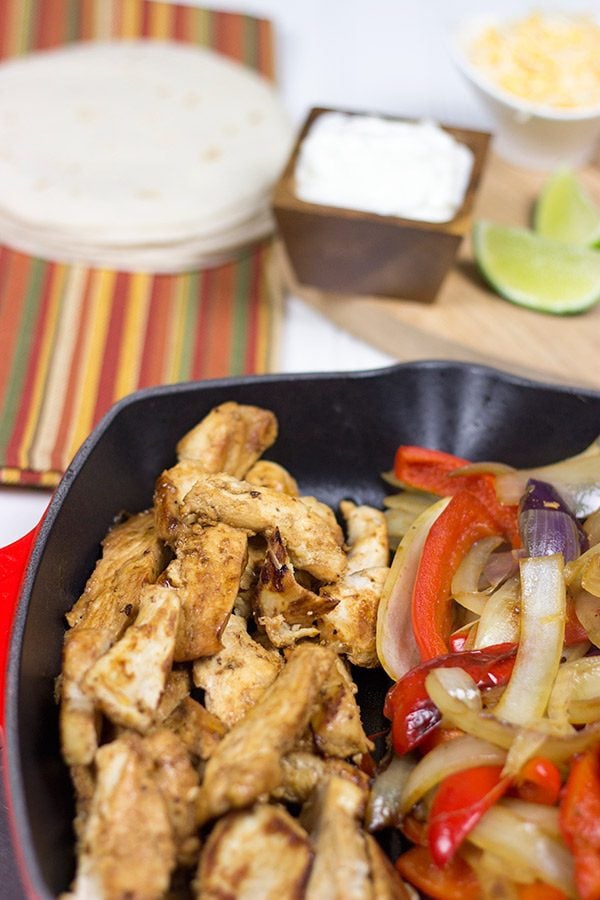 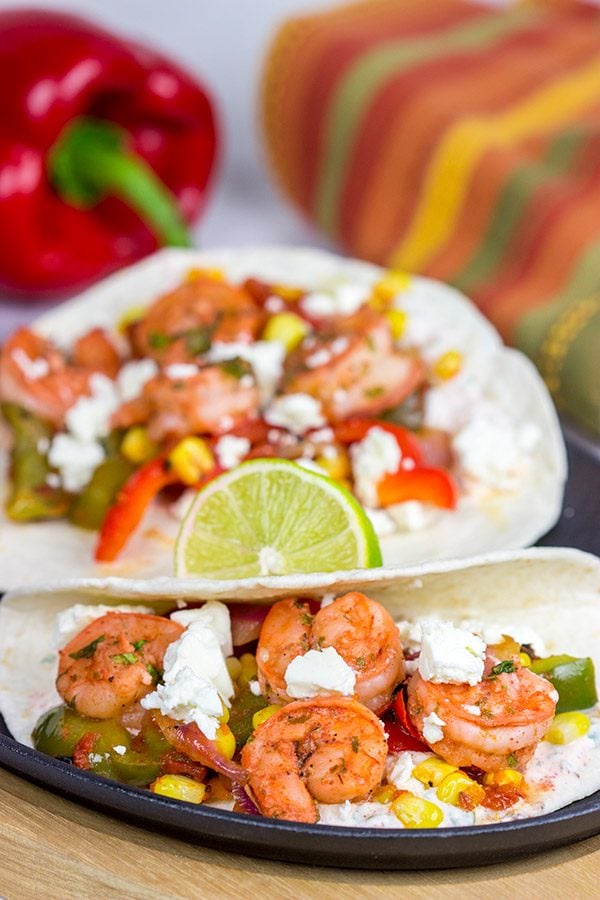 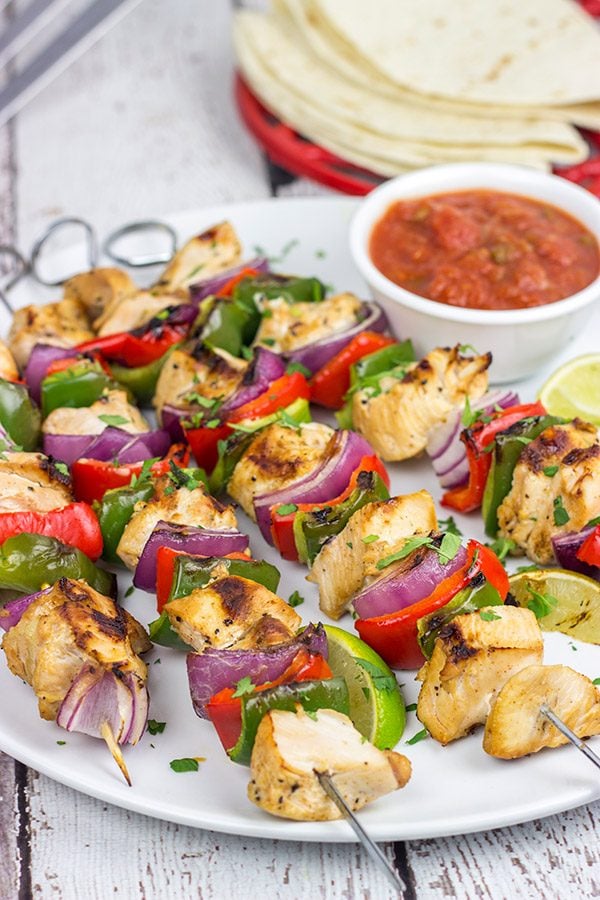