Disclosure: I’ve partnered with Mahon-Menorca Cheese and Thought for Food & Son to create this Cheesy Potatoes au Gratin post.  The recipe and opinions are entirely my own. Thank you for supporting the brands that support Spiced! 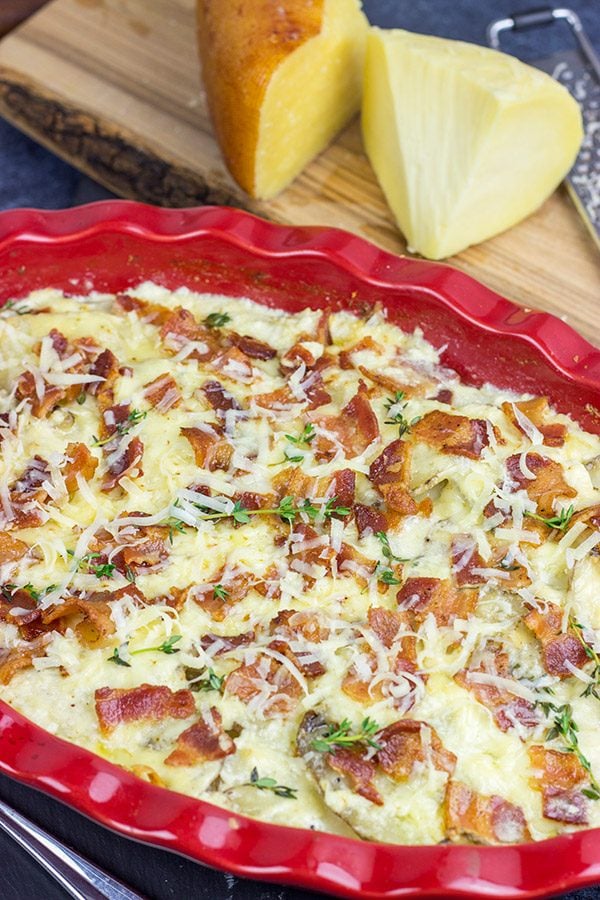 I’ve always been fascinated how local environments impact the flavor of our food.  Take sourdough bread for example.  Sourdough is made from wild yeast captured from the local air.  As such, a sourdough made in San Francisco could very well taste different than a sourdough made in upstate New York.  Sure, the general sour taste will be there, but there could be slight differences due to the variation of wild yeasts in these areas.  I personally love sourdough bread, but I’ve yet to eat sourdough bread made in San Francisco.  That’s on my foodie bucket list! 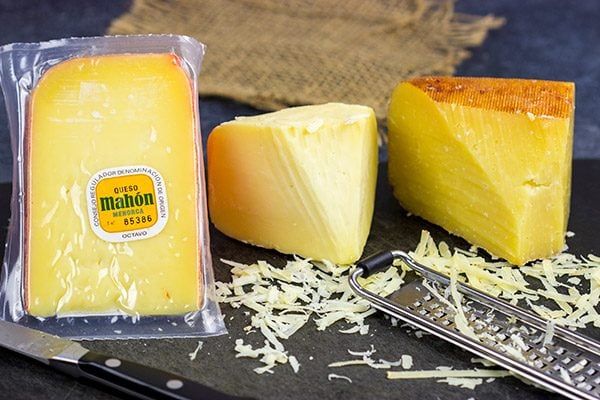 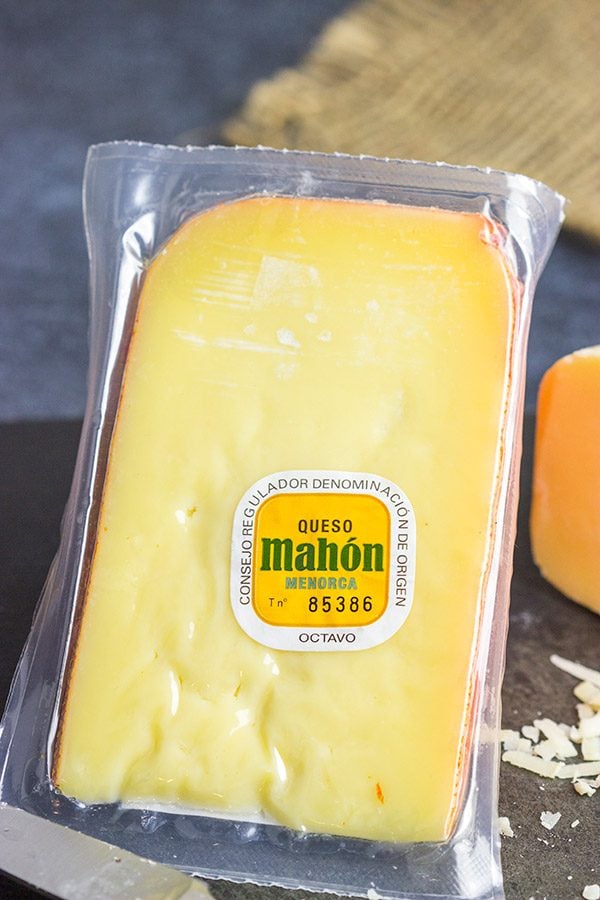 The island of Menorca is only about 300 square miles, and its fields are irrigated largely by rainfall.  Thus, the grasses and pastures on Menorca have a higher sea salt content.  The dairy cattle on Menorca eat these grasses, and this in turn gives Mahón-Menorca cheese a unique, slightly salty flavor.  I love all cheeses, and I’ve got to say that Mahón-Menorca cheese is delicious! 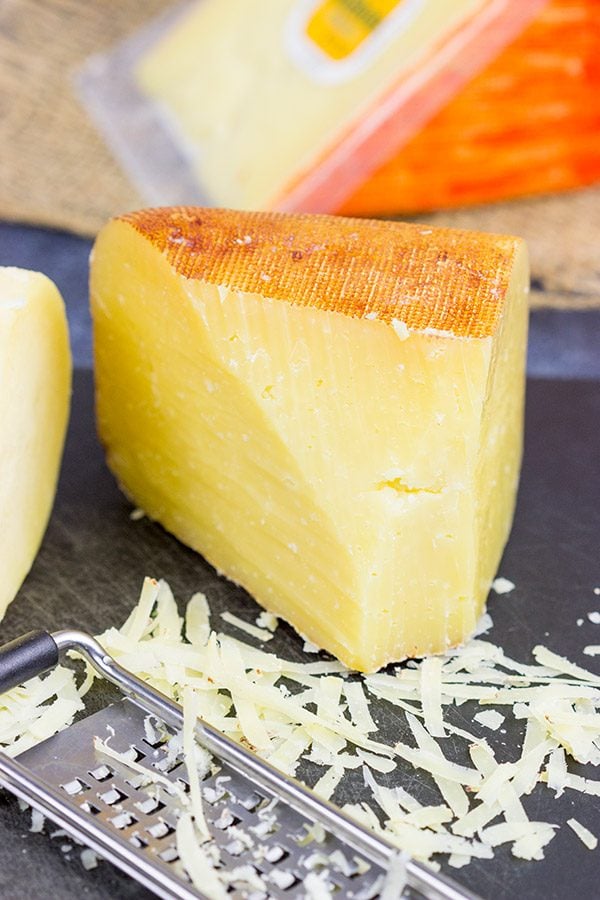 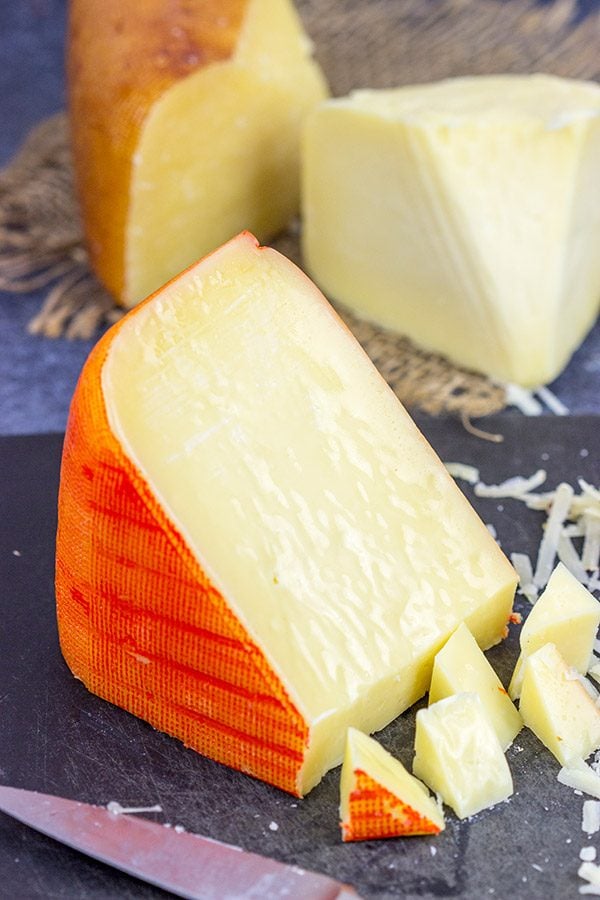 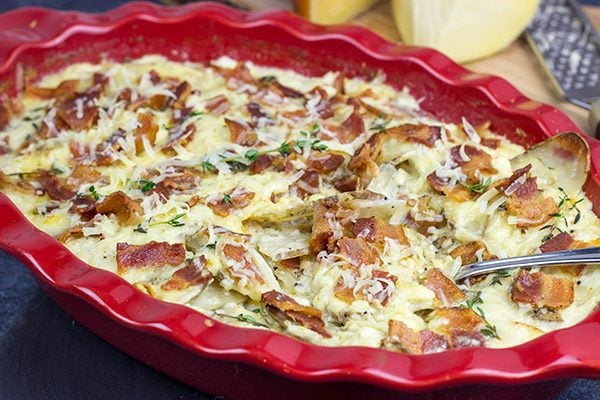 The traditional way of eating Mahón-Menorca cheese is simply drizzling the cheese with olive oil and a sprig of fresh rosemary.  However, the creamy texture of this cheese also lends itself to grating over pasta and potatoes.  So I grabbed my trusty cheese grater, and I grated off a bit of both the Semi-Cured and Cured Mahón-Menorca cheeses. 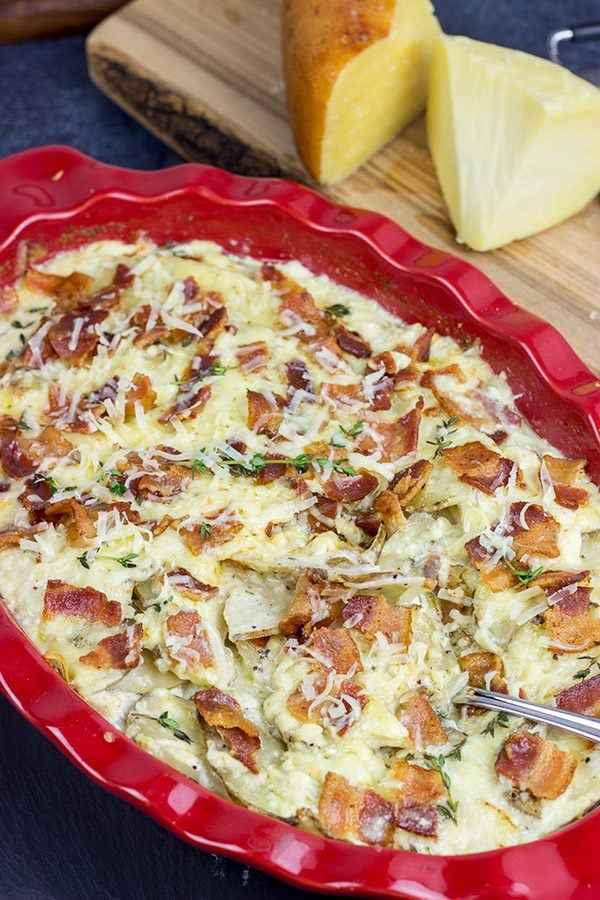 For making this Cheesy Potatoes au Gratin, I highly recommend using a mandolin to slice the potatoes as thinly as possible.  (The thicker the potatoes, the longer they will take to cook.)  From there, just layer the potatoes into a baking dish with milk & cream as well as the shredded cheeses.  After a little more than an hour, you’re left with a side dish worthy of company!  I also decided to sprinkle crispy bacon on top of these Cheesy Potatoes au Gratin because I love the texture as well as the taste of bacon when combined with cheese and potatoes. 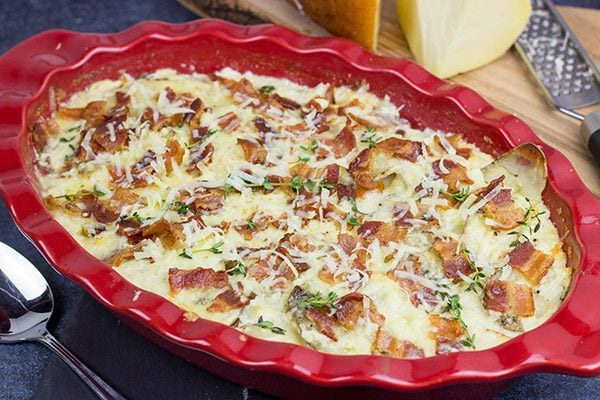 As we kick off the holiday season, I encourage you to stop by your local cheese shop, grab a couple wedges of Mahón-Menorca cheese and then whip up a batch of these Cheesy Potatoes au Gratin at home.  Cheers, friends!

Did you make these Cheesy Potatoes au Gratin?  Leave a comment and let me know!  Or snap a photo and tag me on Instagram (@Spicedblog).

Looking for more cheesy recipes?  Check out these favorites, too: 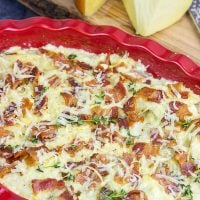 If you have a mandolin, slice the potatoes ~1/8” thick. For best results, use a baking potato such as Russet or white.