Is it a brownie?  Is it a blondie?  No, it’s both!  These Caramel Marshmallow
Brownie Bars are a delicious combination of caramel, marshmallow and chocolate!

What is it about desserts in bar form?  They’re just too easy to eat.  With cake or cheesecake, you at least have to make the conscious effort of getting out a plate and a fork.  But bars?  There’s nothing there to slow you down.  Take these Caramel Marshmallow Brownie Bars, for instance.  They came out of the oven.  No problem.  They cooled on the countertop.  No problem.  I sliced these bad boys into bars.  Problem.  I seriously had to restrain myself from eating all of them before I took the pictures.  But once those pictures were done?  Yeah, I started nibbling on them again.  Then I had to do it.  I had to pack them up to send to my wife’s co-workers.  I just can’t be trusted around delicious desserts. 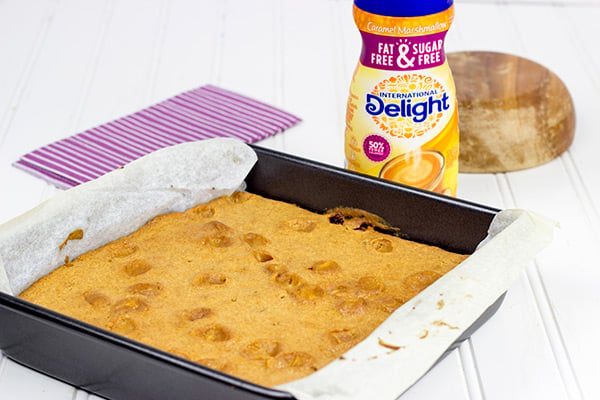 I look forward to my cup of coffee in the morning.  And now that it’s cold outside?  Yeah, I really look forward to that cup of coffee!  I’ve even taken to brewing up a cup of decaf in the evenings.  And you know what goes great with that after-dinner cup of coffee?  Brownies.  And blondies.  That’s where these Caramel Marshmallow Brownie Bars come in.  But don’t blame me when these bars magically disappear off of your countertop! 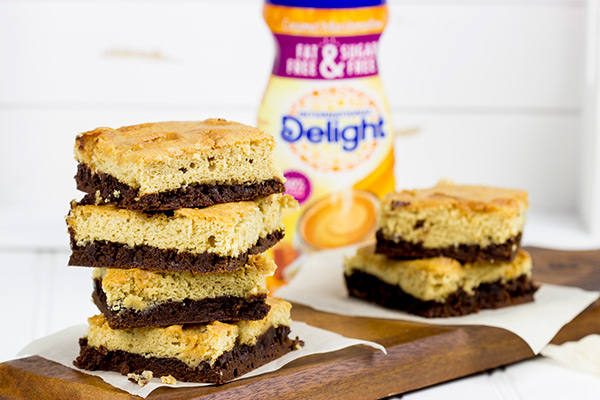 For a fun little twist with these brownie bars, I folded some mini-marshmallows into the blondie batter.  I thought I’d get little bits of toasted marshmallows on top of the bars, but the marshmallows ended up melting in the oven.  It still worked out, though.  The melted marshmallows just created little pockets of marshmallow deliciousness throughout the bars.  Either way, these bars were incredibly tasty…and incredibly addicting!  Maybe I’ll put my bar on a plate next time…that way I’ll actually have leftovers the next day.  I hope you enjoy these Caramel Marshmallow Brownie Bars as much as I do…uhh, did! 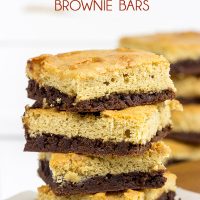 Is it a brownie?  Is it a blondie?  No, it’s both!  These Caramel MarshmallowBrownie Bars are a delicious combination of caramel, marshmallow and chocolate!
Print Pin
Prep Time: 20 minutes
Cook Time: 45 minutes
Total Time: 1 hour 5 minutes
Servings: 16 servings
Calories: 205kcal