This Braided Cinnamon Roll is a fun twist on a classic…literally! 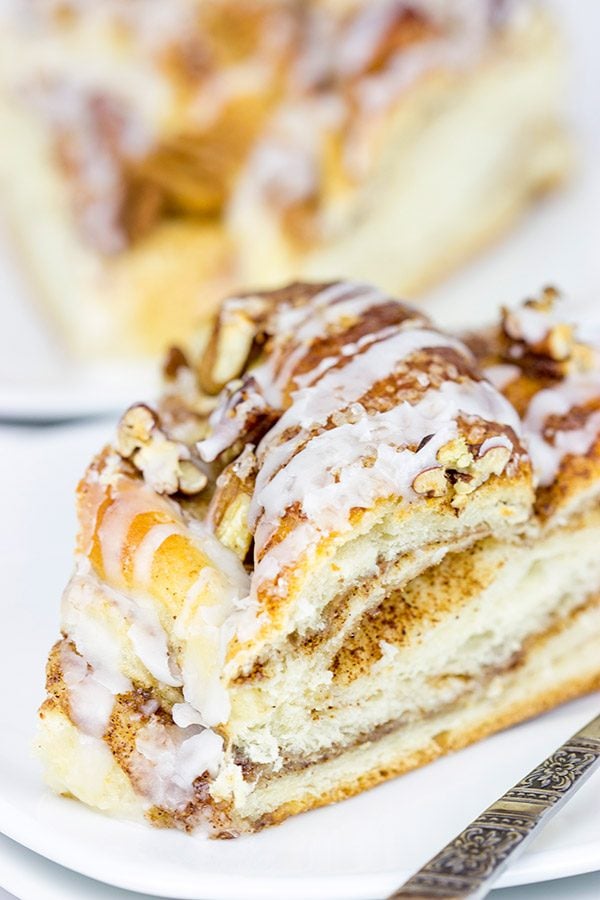 Boo!  Here we are at the start of another week.  As we wrap up all of the Halloween fun today, it’ll soon be time to turn our attention to turkey, pecan pie and football on the couch.  We’re smack in the middle of my favorite time of the year right now.  From the beginning of October through the end of December, there’s a steady run of holidays.  Holidays mean visiting friends and family.  Holidays mean tasty food.  Holidays mean fun!

And in addition to Halloween, Thanksgiving and Christmas, we now get to include Robbie’s birthday in this lineup.  (He turns 1 on Nov. 19.  1-year-old…already.  It feels like we were just bringing the little guy home from the hospital…and now he’s ready to smash his face into a birthday cake.  More on that one coming up soon!) 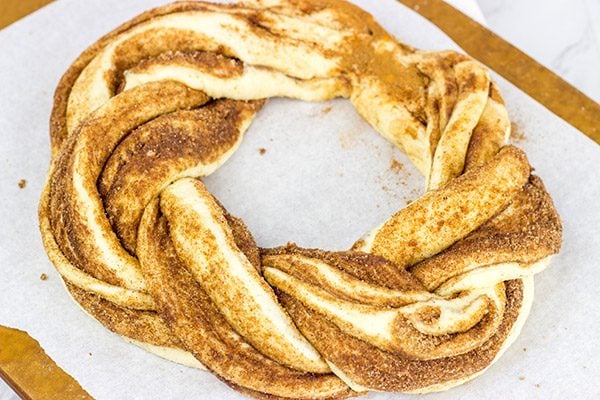 Cinnamon rolls are one of my favorite recipes to make whenever we have company in town.  Perhaps it’s because I don’t usually make them when it’s me and Laura.  Or perhaps it’s just because they’re delicious!  One of my favorites is this Overnight Cinnamon Roll recipe…it’s definitely a keeper.  Another favorite are these Maple Cinnamon Rolls that Laura and I discovered on a trip to Vermont a couple of summers ago.  So many cinnamon roll options…so little time! 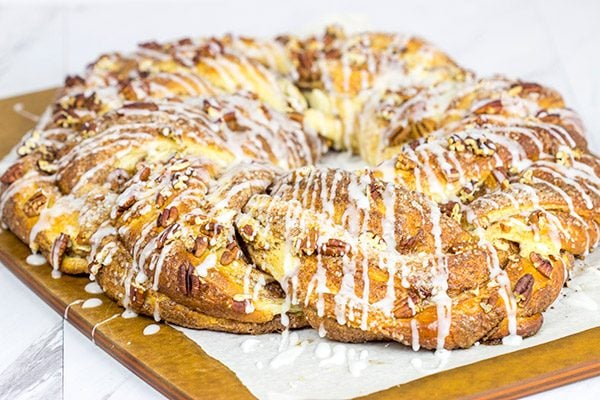 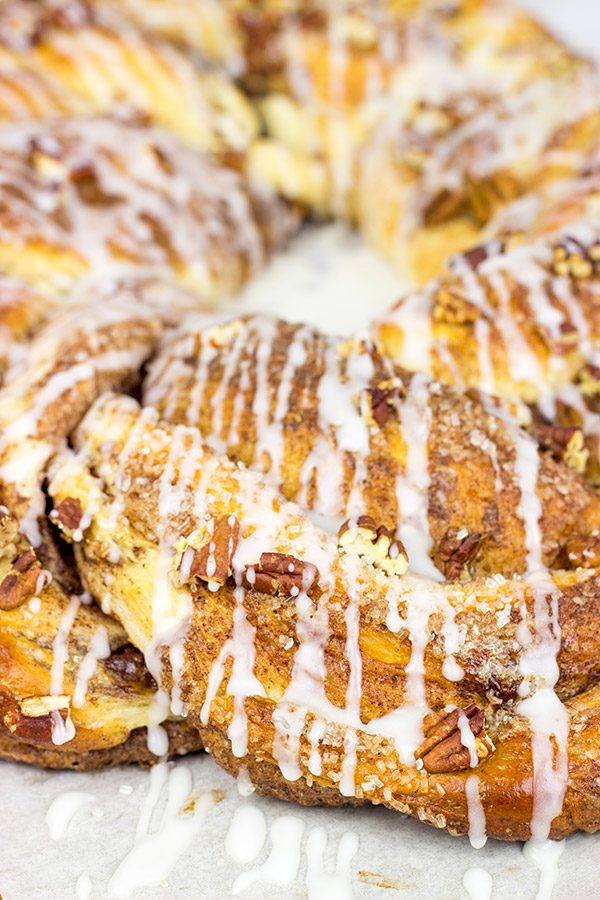 So I took that Maple Cinnamon Roll recipe, but I changed it up a bit.  Instead of cutting the dough into individual cinnamon rolls, I cut the dough lengthwise.  Then I just twisted it back and forth keeping the filling on top as I went.  (No point in letting all that delicious cinnamon roll filling sit on the bottom of the Braided Cinnamon Roll, right?)

Then I twisted that braid into a circle and baked it up in the oven.  Woah!  Talk about a fun recipe!  This Braided Cinnamon Roll really sprung up once it hit the heat of the oven, and we ended up with a nice, large ring of buttery, cinnamon-y deliciousness.  Needless to say, this one was a hit! 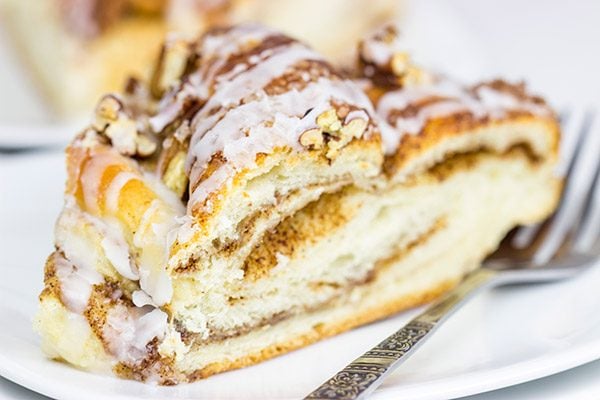 I didn’t make this as an overnight recipe, but you could easily adapt this so that the bulk of the work is done the evening before.  Once the braid is made, just cover and refrigerate the dough until the next morning.  Then just let the dough rise in a warm place the next morning for 30-45 minutes.  No matter what time of the day you serve this Braided Cinnamon Roll, I can assure you that it will be a hit!  Enjoy! 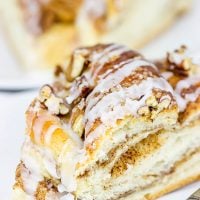 For Top of Crescent