These New Orleans-style BBQ Shrimp and Grits don’t involve barbecue sauce…but this recipe is a New Orleans classic for a reason!  Talk about delicious comfort food! 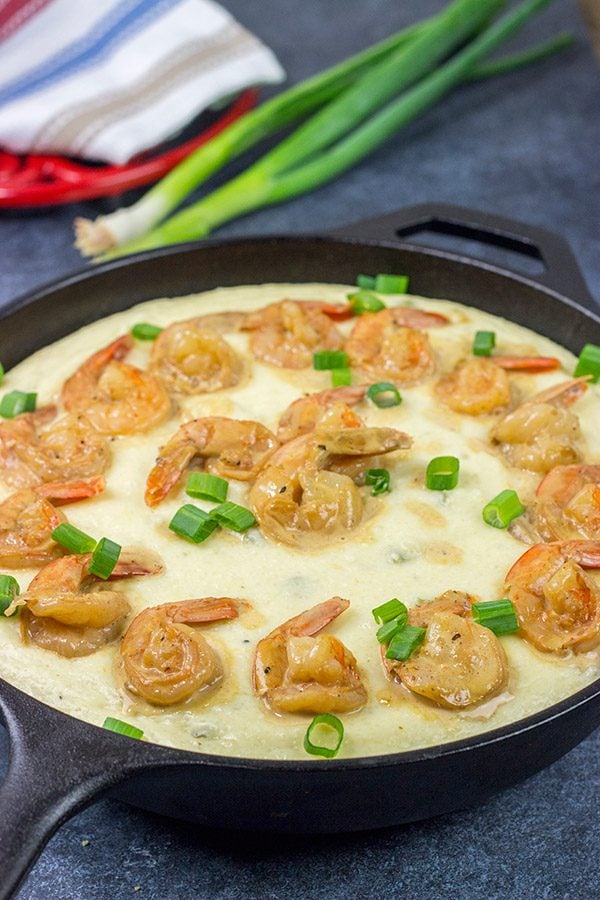 It’s no secret that I love New Orleans.  We all have our favorite cities, right?  It might be the city where you grew up.  Or it might be a small town where you spent summers visiting grandparents.  I definitely have several towns and cities that I count among my favorites, and New Orleans is right up there near the top of the list.  I didn’t grow up in New Orleans.  Heck, I didn’t even grow up in Louisiana.  However, I did grow up in the southeast, and I did move to Louisiana shortly after college.  From the football to the general Southern charm to even the ghost stories, I love everything about south Louisiana.  Oh, and I haven’t even mentioned the food yet! 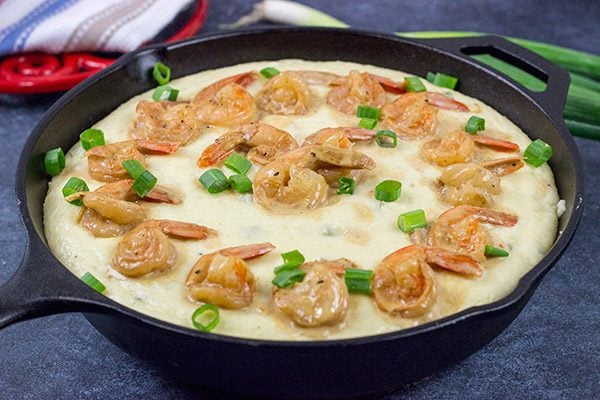 When I was down in NOLA earlier this year, I noticed a number of famous quotes posted around the city.  One of my favorites is from Bob Dylan: 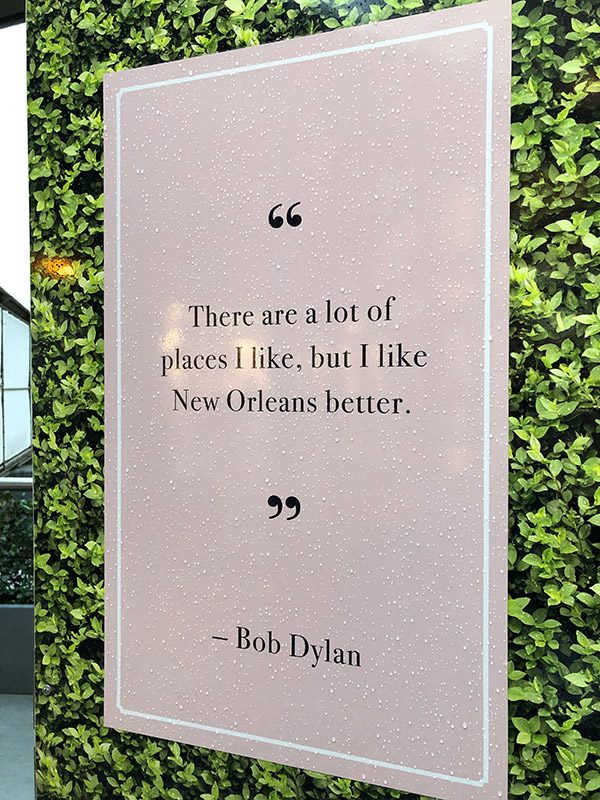 And Tennessee Williams sums it up nicely with this one.  (No offense to Cleveland here.  I actually like Cleveland…but it’s not New Orleans!) 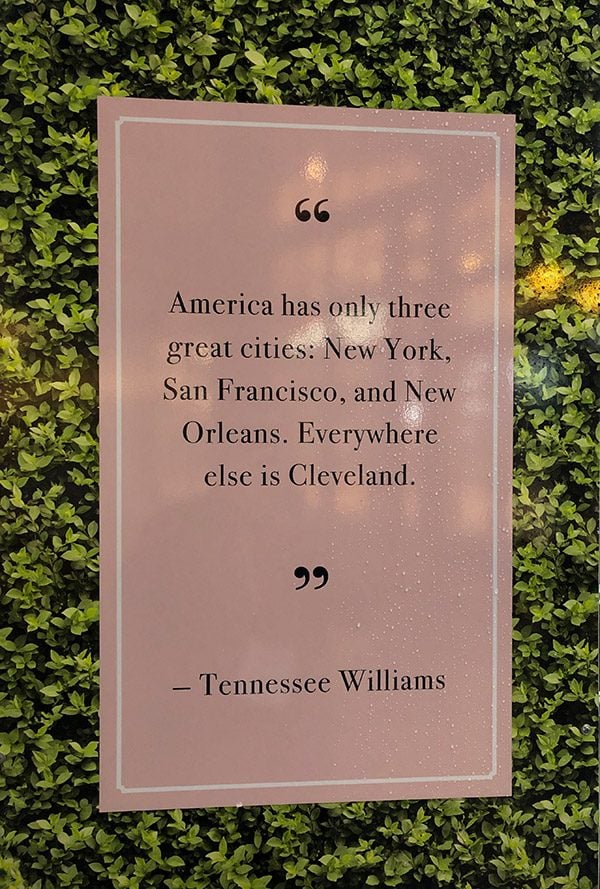 Another favorite (although I can’t seem to find this photo in my iPhone folder) is from Mark Twain:

“New Orleans food is as delicious as the less criminal forms of sin.” ~Mark Twain 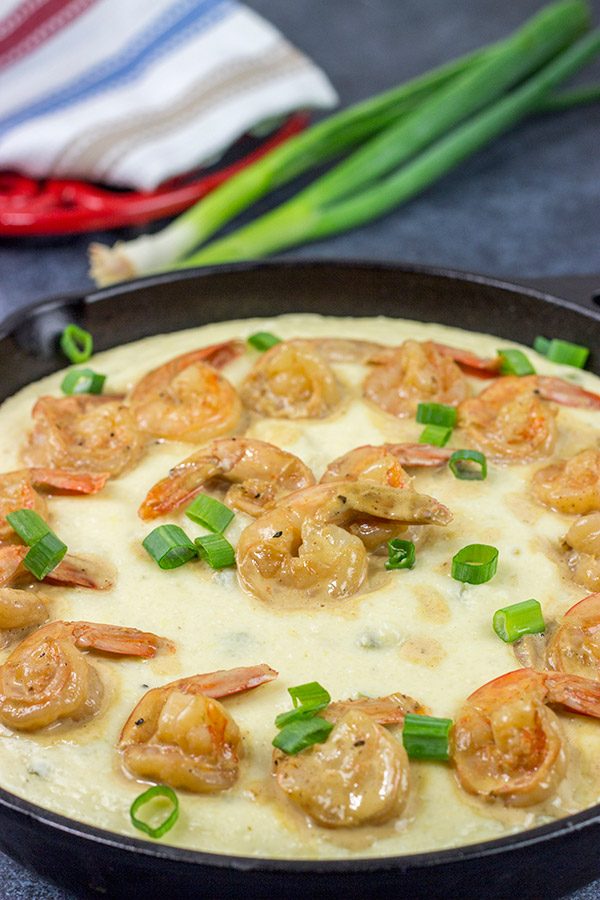 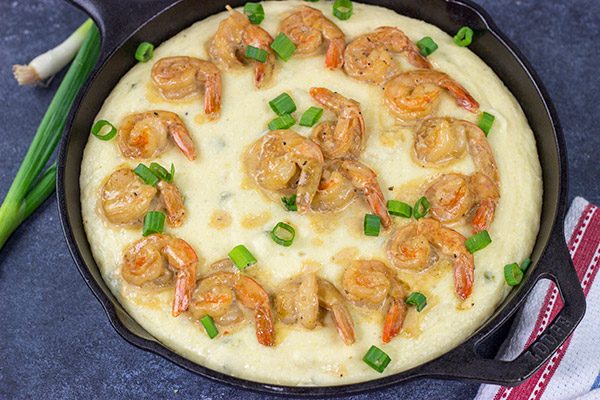 BBQ Shrimp and Grits involves shrimp sauteed in a Worcestershire sauce and then served over a pile of cheesy grits.  This recipe is comfort food at its finest!  BBQ Shrimp is often served by itself or perhaps with a side of rice.  I opted for grits here because they’re (1) delicious and (2) the perfect way to catch all of that delicious sauce that comes with the shrimp.

Grits sometimes get a bad rap.  I get it.  I’ve had some bad grits before.  But to say you don’t like grits is like taking a bite of powdered eggs and proclaiming you don’t like scrambled eggs.  One bite of good grits, and you’ll understand why they’re a staple in so many Southern recipes. 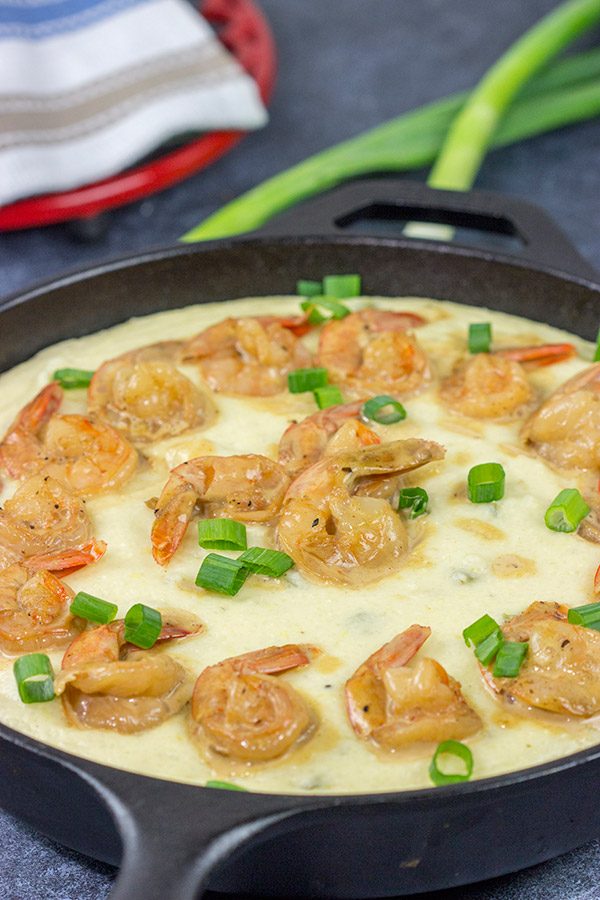 For these BBQ Shrimp and Grits, I used my go-to grits recipe that involves jalapenos and shredded cheese.  (Sometimes I add bacon, but I omitted it this time since the shrimp have so much flavor.  But I doubt anyone would complain if you add some bacon to these grits!)  I hope you enjoy this recipe as much as we do.  Whenever I’m craving some good Creole food, this recipe is near the top of the list.  Enjoy!

Did you make this BBQ Shrimp and Grits recipe at home?  Leave a comment.  Or snap a photo and tag me on Instagram (@Spicedblog)!

Looking for more classic Cajun and Creole recipes?  Check out these other favorites: 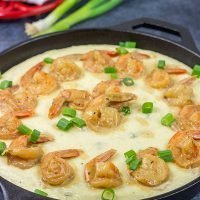