I’ve partnered with Hormel and Collective Bias to create this Bavarian Ham Sandwich.
Mix up with your Thanksgiving leftovers with this tasty sammich!
#ForTheLoveOfHam #CollectiveBias 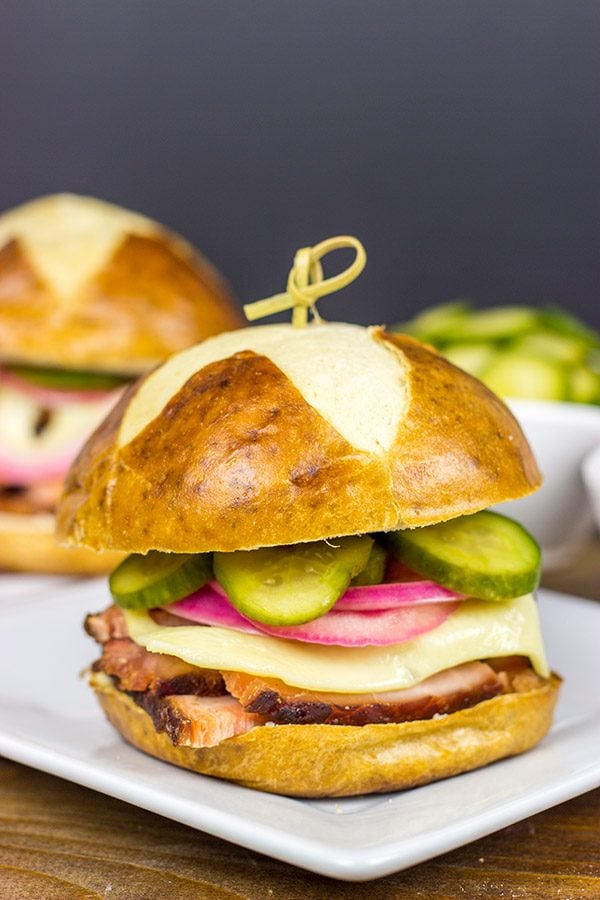 Oh, hey there Cyber Monday shoppers!  Were you online at 3am to score some epic deals this morning?  We were up at 3am.  But we weren’t shopping online.  We happen to have a newborn who likes to spend time with us in the middle of the night.  He’s just such a caring little guy.  I mean he misses his parents so much that he just likes to tell us hello at 3am.  And since he’s awake, he usually decides he wants a little snack, too.  It’s ok, little guy, I do the same thing.  Nothing like a sandwich in the middle of the night, right?

I hope everyone here in the States had an awesome Thanksgiving weekend!  I know we did.  We hung out with family and ate all of our favorite Thanksgiving dishes.  (Yes, mac and cheese is a Thanksgiving staple around our house…and it’s one of the most popular side dishes.  Go figure.)  One of the best parts about Thanksgiving is all of the leftovers.  You know exactly what I mean here!  We have friends who order a Thanksgiving spread just for leftovers every year.  That’s legit leftovers right there! 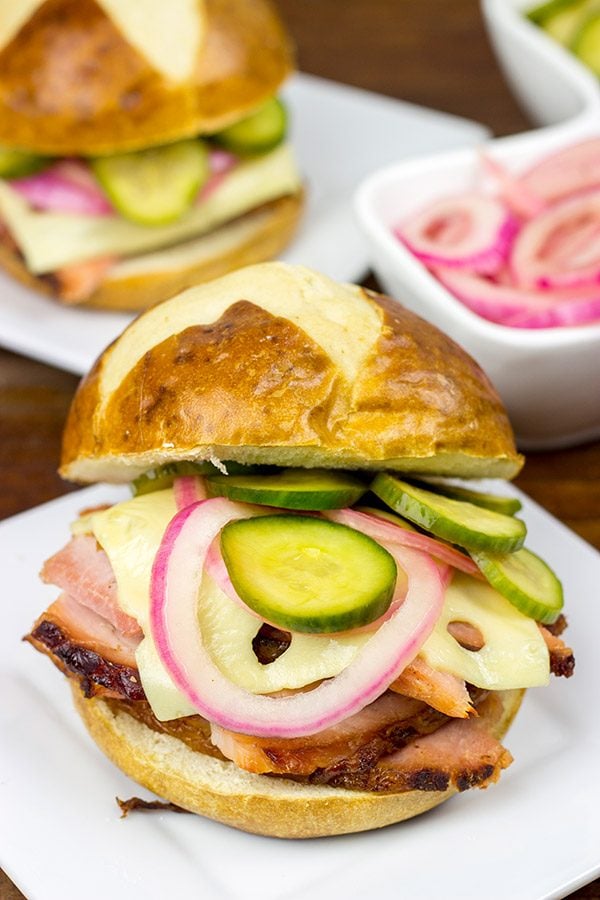 As much as I love my leftovers (and not cooking for a week), I still have to mix it up a bit.  You can’t eat Thanksgiving meal leftovers for every.single.meal…or can you?  Hmmm…  I love taking leftover Thanksgiving dishes and turning them into delicious treats…especially delicious sandwiches.  Or sammiches as I like to say.  This year, the leftover creation was this Bavarian Ham Sandwich, and it was a huge hit around our house.  This sandwich is essentially just the older, more sophisticated cousin of the classic ham + swiss sammich. 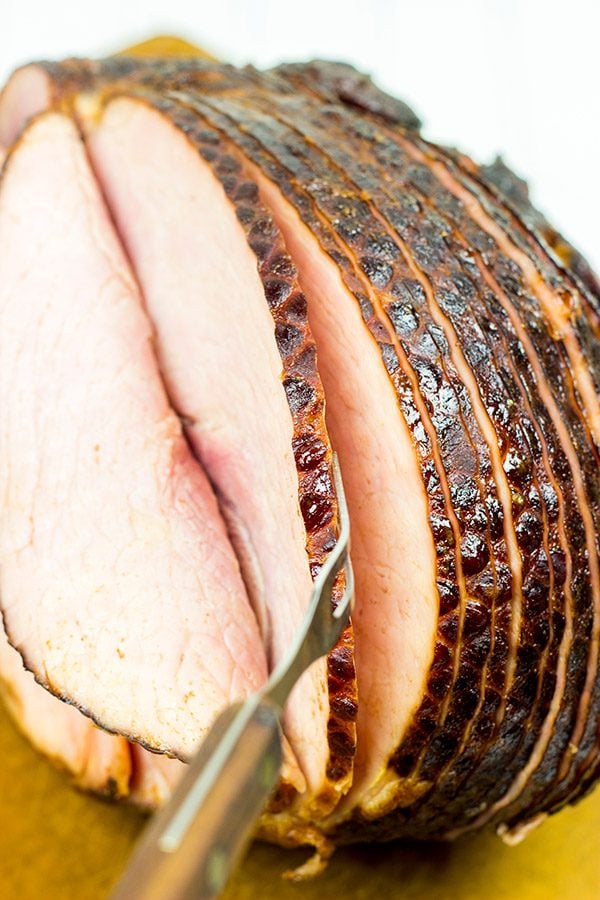 But this isn’t just any Bavarian Ham Sandwich.  I normally reserve the quick-pickled cucumbers and red onions for Cuban sandwiches, but my wife had the genius idea of adding them to this sandwich, too.  And you know what?  It worked!  The cucumbers (i.e. cukes) and red onions provide a bit of a crunch to the sandwich.  And the sweetness combined with the saltiness of the pretzel buns creates one heck of an awesome leftover snack!  All I need now is a football game and a couch for napping. 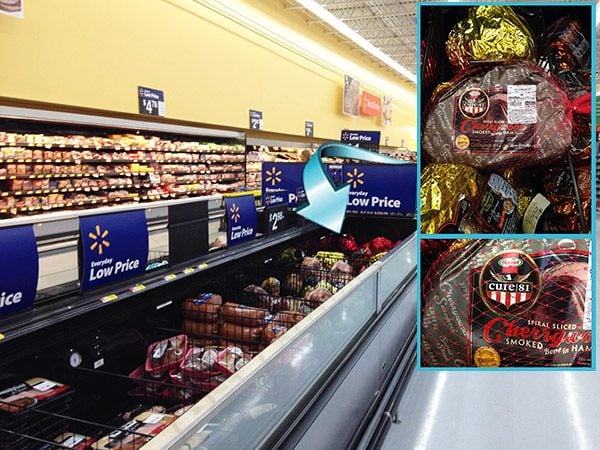 The real star of this sandwich is of course the ham.  I grabbed a Hormel Cure 81 bone-in ham on a recent Walmart run, and this ham didn’t disappoint!  We have a house full of family thanks to the new baby, and everyone was circling the kitchen as I was cooking this ham.  I got the Cherrywood Smoked version, and the house was filled with mouth-watering aromas as it cooked in the oven.  Even the dogs were circling the kitchen island like sharks. Fortunately, we had plenty of leftover ham for these sandwiches, so we are all set for a week of football and leftovers on the couch.  And maybe a couple more visits with our son at 3am. 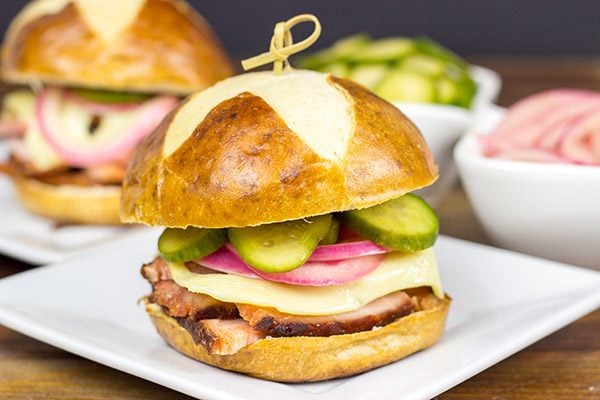 What is your favorite way to use Thanksgiving leftovers? 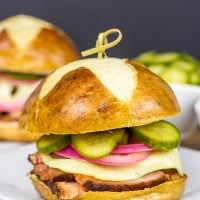 For the Pickled Cucumbers and Onions

For the Pickled Cucumbers and Onions