Welcome to 2012! Now that we are in a new year, what are the current trends for baking that we can expect to see continue or pop in 2012!

1. Forbes Magazine is predicting that “uplifting foods” that boost our mood will see a rise in 2012. Bring on the CHOCOLATE! Not only that but they are suggesting that people will return to their cookbooks (or online blogs, hint hint) to make recipes from scratch again. 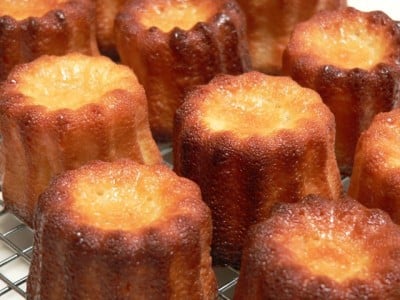 2. According to editors of the latest food trend report from the James Beard Foundation in New York, canelés (also spelled cannelés), a pastry native to Bordeaux, France, are poised to be the new new cupcake in 2012. Made with a crepe-like batter of flour, egg yolks and sugar, canelés are known for their chewy, dense texture and their thick, dark, caramelised crust. 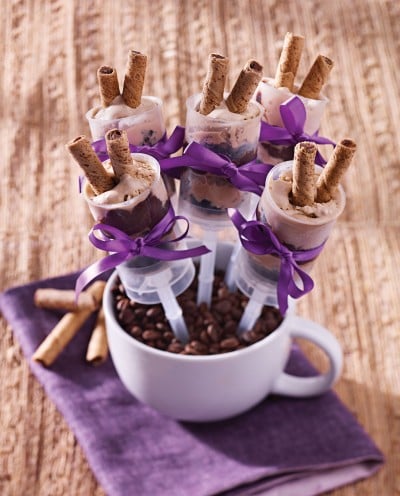 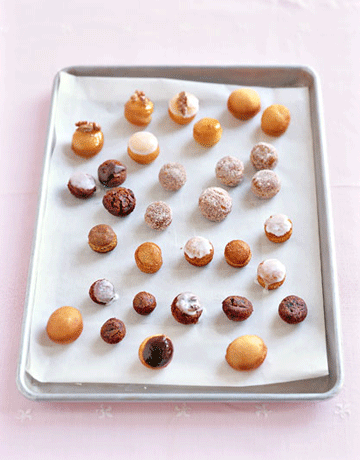 3. The same report says donuts will continue to be a popular dessert in 2012. On a personal note, I’d like to predict that PUSH-UP POPS make it to the top of 2012’s popular list! 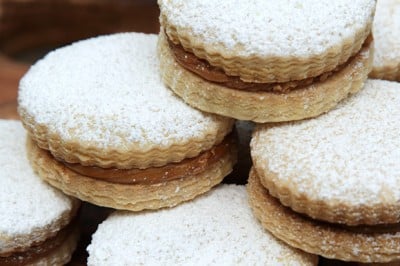 4. Next up on the trend list and giving cupcakes a run for their money as well are South American Alfajores. In Argentina, its basic form consists of two round, sweet  biscuits joined together with mousse, dulce de leche  or jam, and coated with black or white  chocolate (many alfajores are sold in “black” and “white” flavours) or simply covered with powdered sugar.

5. ABC News dubbed 2012 as the “Year of the Potato”! So we don’t categorize french fries as “baking” per se but there are, in fact, a few candy recipes that use potatoes as a base. Below is a more updated version of the potato candy recipe but here is an old, vintage clipping from the 1960s showing that this candy has been around for quite some time! 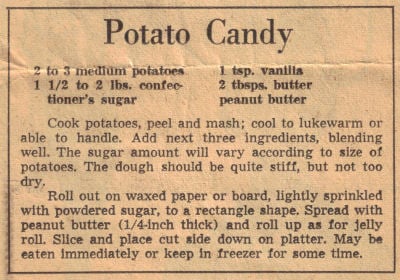