Who said donuts are reserved for breakfast only?  These Baked Chocolate Peanut Butter Donuts make for a tasty dessert…or afternoon snack! 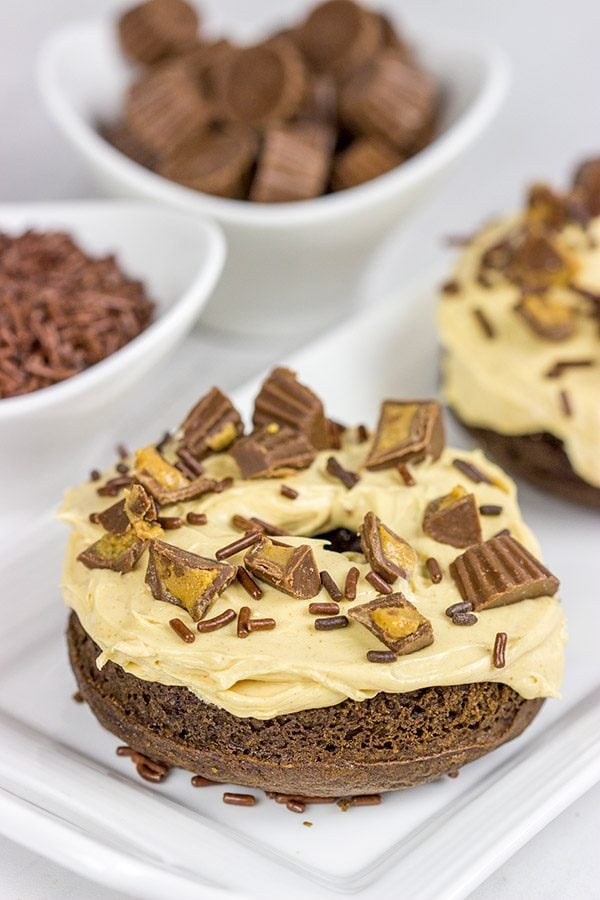 I grew up in the South, the land of sweet tea, buttermilk biscuits, fried chicken and sprinkles.  Yes, sprinkles.  However, sprinkles don’t exist in upstate New York (or the entire New England region, for that matter).  Nope, up here “sprinkles” are “jimmies.”  Say what?  According to popular legend, the Just Born candy company in Pennsylvania had a guy named Jimmy running the sprinkle-making machine.  Thus, they became jimmies. 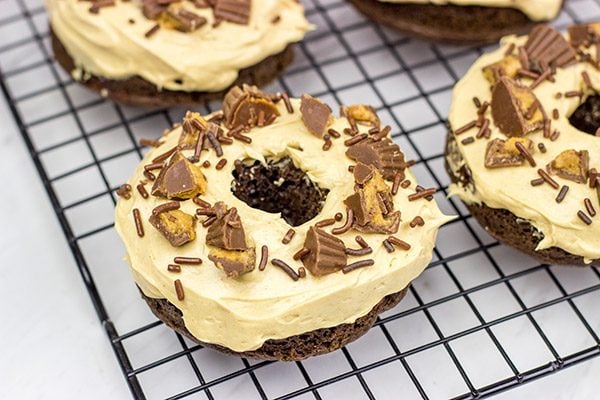 To further complicate the issue, some folks say jimmies refer to the chocolate version while the multi-colored version are still called sprinkles.  In reality, no one really knows where the terms comes from.  It’s just one of those differences in regional dialect.  However, no matter what you call them, sprinkles/jimmies make for a fun decoration…especially on these Baked Chocolate Peanut Butter Donuts. 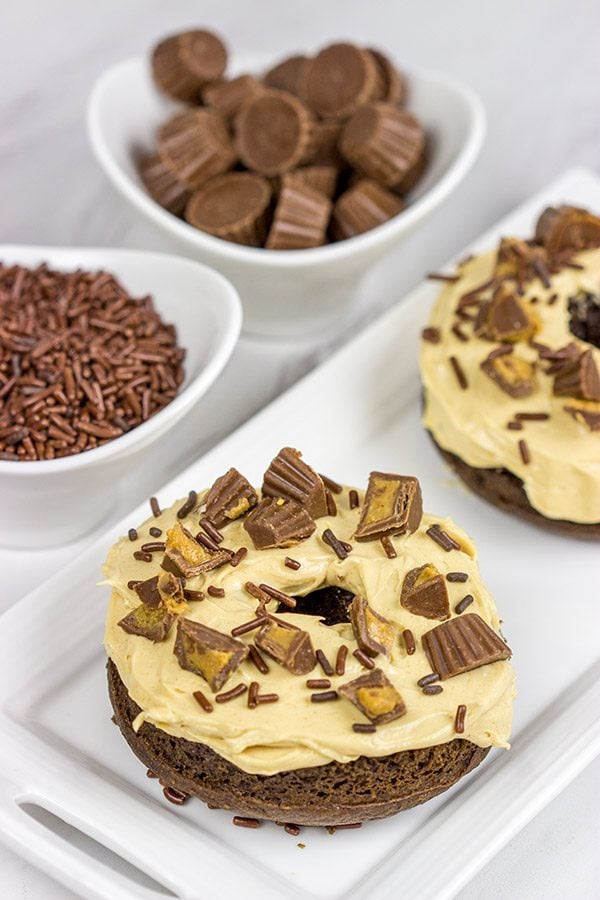 These Baked Chocolate Peanut Butter Donuts came about thanks to my No Bake Peanut Butter Pie.  Yup, that pie led to these donuts.  How’s that, you ask?  Well, Laura pointed out that the no-bake filling of that pie would make an excellent frosting for cinnamon rolls.  At first, I thought she was a little nuts, but then I realized she might be onto something.  I haven’t gotten around to those peanut butter cinnamon rolls (yet), but I did experiment with these Baked Chocolate Peanut Butter Donuts. 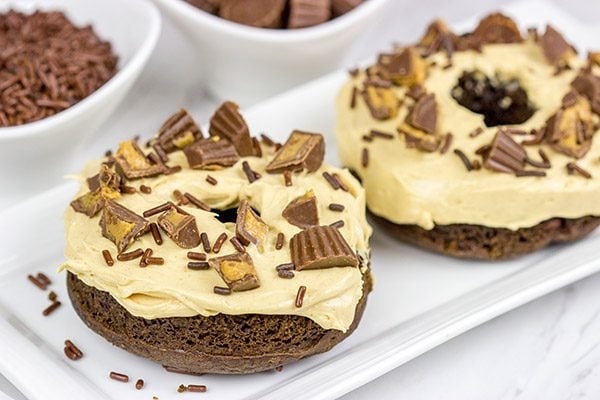 Sure enough, that filling works perfectly as a fluffy frosting recipe!  In fact, I kinda wanted to eat spoonfuls of it while I was frosting these donuts.  One spoonful for you, Mr. Donut.  One spoonful for you, David’s mouth.  But I refrained from eating the frosting directly from the bowl.  (Mostly.)  Instead, that frosting got spread on top of these donuts.  Then some chopped peanut butter cups went on top as a garnish.  And, of course, I finished off these bad boys with a shake or two of chocolate sprinkles.  Or jimmies.  Or whatever you call ’em.  Enjoy! 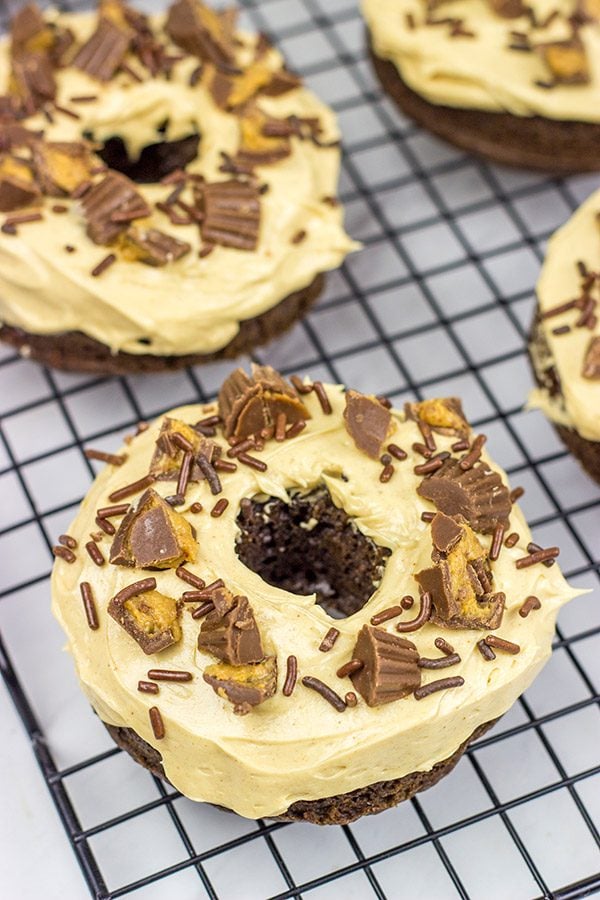 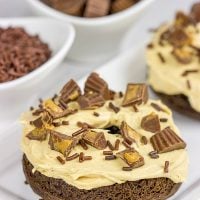 Note: You'll need either a 12-cavity donut pan for this recipe. I happen to only have a 6-cavity pan, so I simply baked these donuts in 2 rounds.