Filled with extra-sharp cheddar cheese and crumbled bacon, these Bacon Cheddar Popovers are perfect for a hearty weekend brunch! 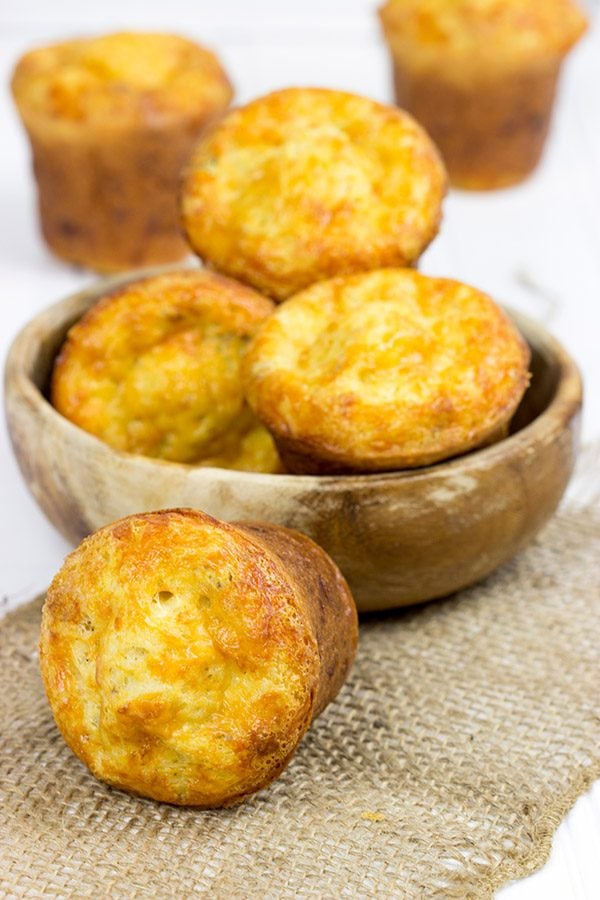 I’ve mentioned here before that my wife and I try to hit the gym 3-4 mornings a week.  Her company has a gym on site, so we drive down and get a workout in before heading off to our respective jobs.  (Of course, Snowmageddon 2015 has interrupted our workout plans more than once lately.  We tried heading out before the snow plow came through one morning…we made it about 1/4 mile before coming back home.)

I’ll be honest.  I don’t love the gym.  But I view it as a necessity since we always seem to have a counter full of tasty desserts like these Gooey Turtle Brownies or these Baked Powdered Sugar Doughnuts.  Life is all about balance, and by balance I don’t mean a cookie in each hand.  I mean a workout in the morning so that I can enjoy dessert at night. 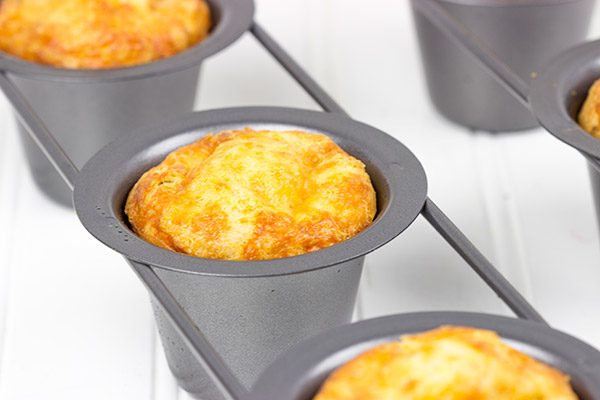 My workout routine typically involves about 40 minutes of cardio followed by a bit of weightlifting.  Thankfully, the gym has tv’s right in front of the cardio machines…otherwise I’m pretty sure those 40 minutes would feel like an eternity.  I always flip on the 6am SportsCenter to catch up on the action from the previous day.

I’m pretty sure one of my favorite parts of SportsCenter is Neil Everett, one of ESPN’s anchors for that early morning edition of the show.  He frequently works song lyrics into his stories.  He’s a character.  And he always refers to #’s as hashbrowns.  Instead of “#SCTop10,” it’s “Hashbrown SC Top10.”  Instead of “#DukeBBall,” it’s “Hashbrown DukeBBall.”  Seeing as how I live in the world of social media and foodie hashtags, I love the hashbrown reference.  Although, I wonder how Neil would refer to hashbrowns on Twitter?  Would it be “Hashbrown Hashbrown”? 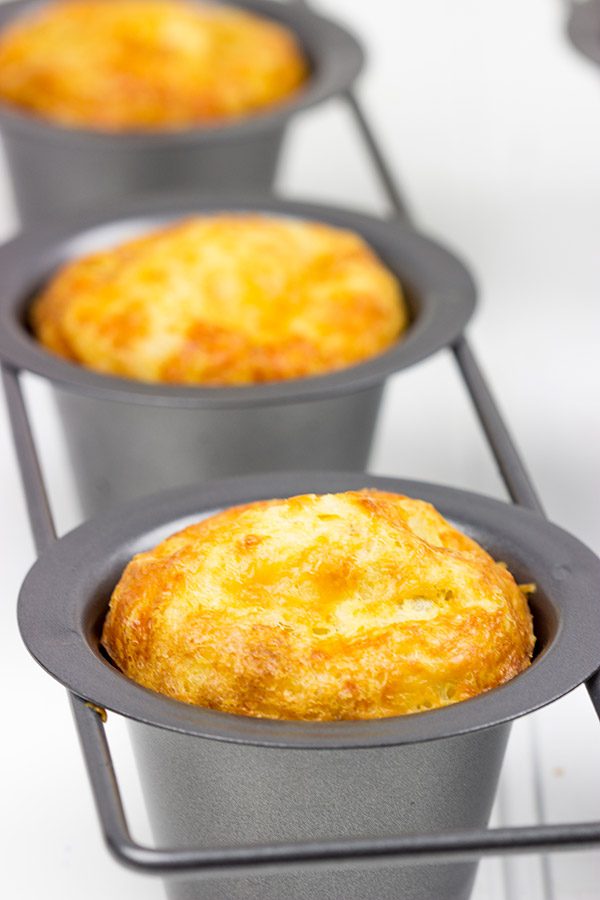 So how does all of this morning workout and hashtag talk relate to these delicious Bacon Cheddar Popovers?  Well, popovers are pretty much the best brunch food ever!  They’re right up there with hashbrowns in my opinion.  They’re relatively quick to make, and they’re perfect for a hearty weekend breakfast.  Sure, I’ve heard all the talk about how popovers are difficult to make.  They don’t rise.  Or they rise and then deflate before they’re done baking.  A basic popover recipe only calls for 5 ingredients, and those 5 ingredients can be rather ornery when it comes time to bake ’em up. 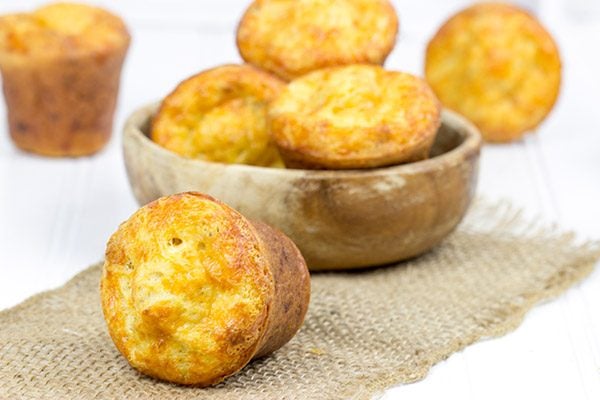 This popover recipe has proven successful for me time-and-time again, though.  My only rules are: (1) whisk the batter well (no lumps!) and (2) don’t open the oven door while baking (no peeking!).  The result is a beautiful pan of golden brown popovers.  For this version, I added some crumbled bacon and extra-sharp cheddar cheese (I used Cabot’s Vermont Sharp).  These may be my favorite version of popovers yet!  Although I do wonder how Neil Everett would refer to these.  Would it be “Hashbrown Popover”?

Have you tried making popovers at home?  What are your favorite popover flavors? 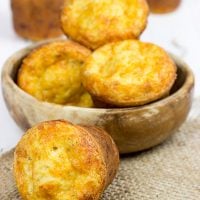 These popovers can also be baked in a jumbo-muffin pan. If you make smaller popovers using a standard muffin pan, then you will also need to reduce the baking time.