These Bacon and Cheddar Cheese Curd Bites make for a delicious appetizer…especially while watching sports!  And the smoky ranch dressing?  It’s tasty enough to be a dip all by itself! 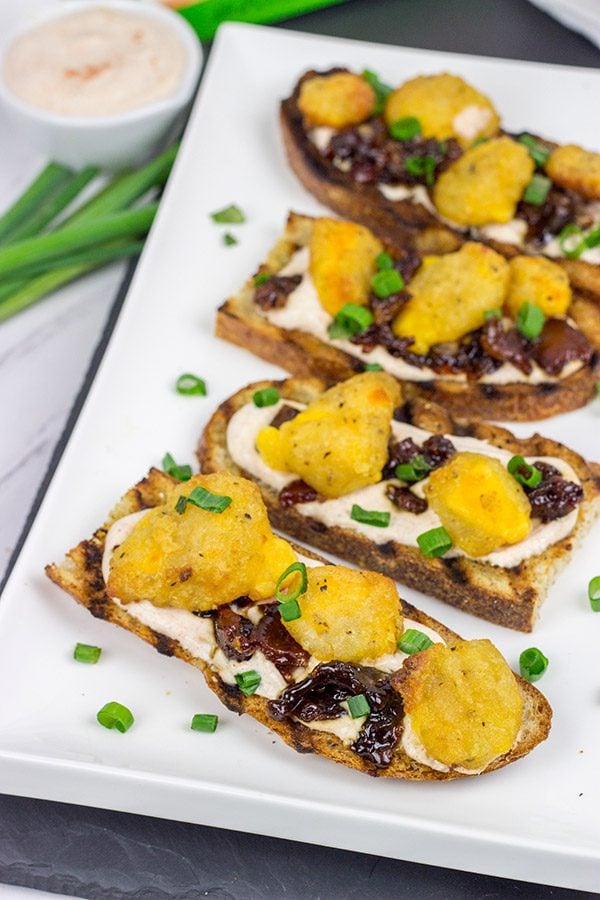 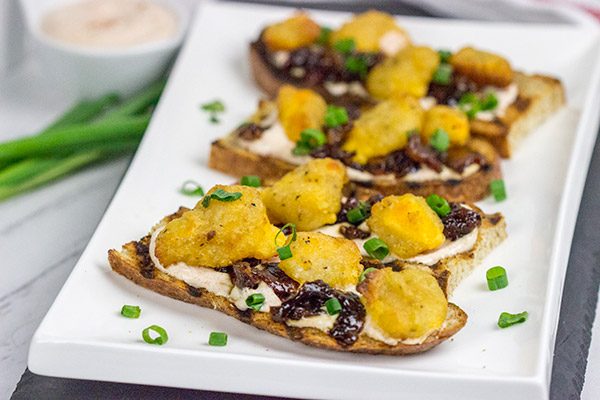 My first job out of college was at a local bank in Durham, North Carolina.  I’m not kidding one bit when I say that we set up big screen tv’s in the bank lobby so that customers (and us employees, too) could keep up with the tournament games.  After moving away, I began taking vacation days during the tournament just so I wouldn’t miss any of the action.  Seriously.  The first Thursday and Friday of the college basketball tourney?  I’m on vacation.  I’m at home getting ready to watch 12 straight hours of games…only to turn around and do it again the next day! 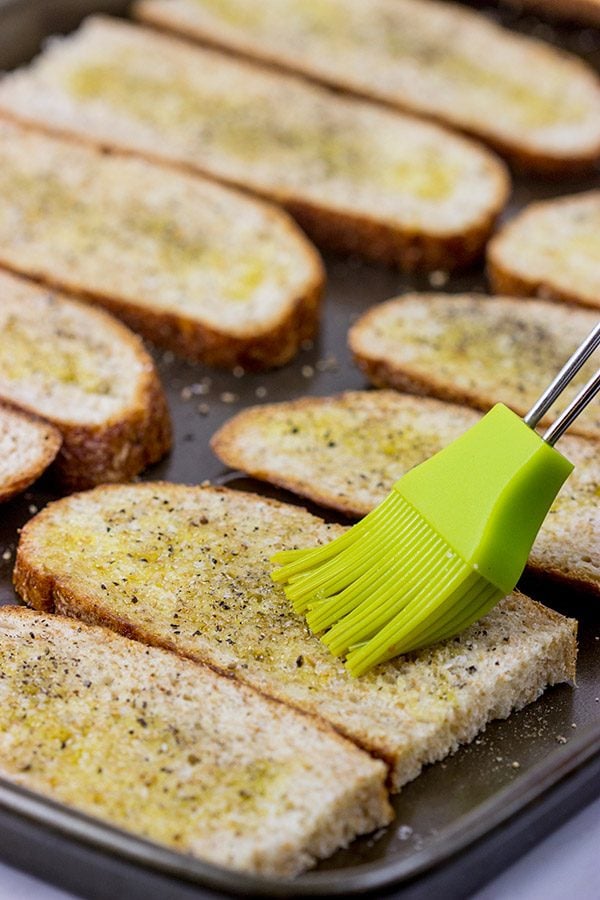 Do you fill out a bracket every year?  I do.  Back in college, it was a big deal, and we’d have a bunch of friends competing in the pool.  Now I just fill out the bracket as a fun test against myself.  Here’s some fun facts about the tournament: 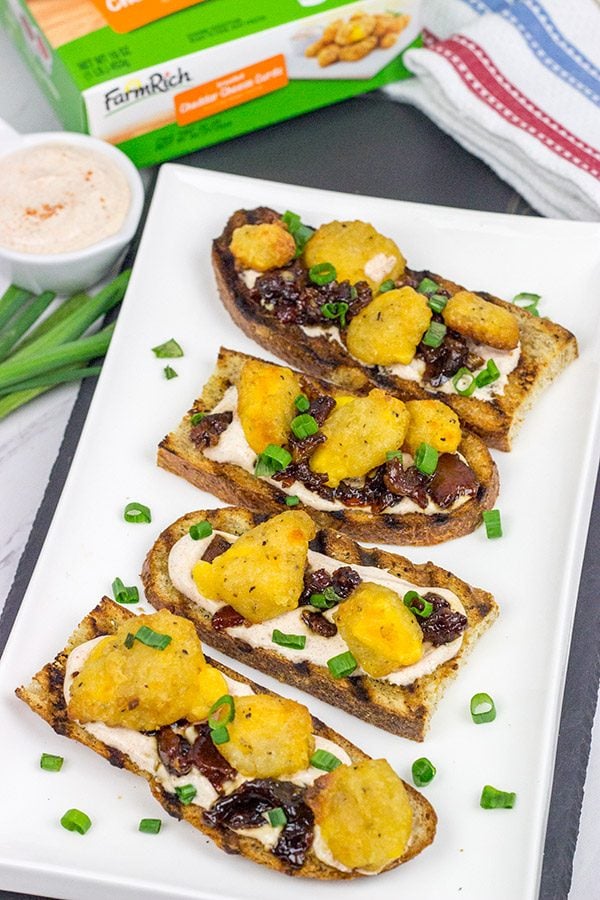 I say let’s put the pizza on hold and make a batch of these Bacon and Cheddar Cheese Curd Bites!  Bacon and cheese.  Talk about the perfect flavor combo for a delicious appetizer!  Have you ever had cheese curds?  I’d never had ’em until we moved up here to upstate New York about 7 years ago.  Cheese curds (aka “squeaky cheese”) are hugely popular as part of poutine.  Poutine is a regional Canadian dish consisting of french fries topped with cheese curds and gravy.  It’s amazing!  One bite, and I was hooked. 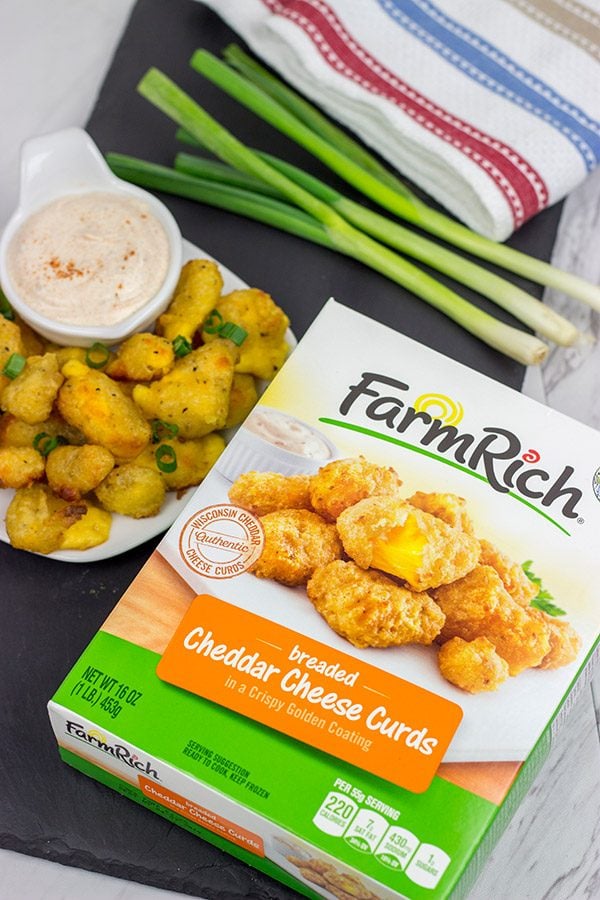 So what exactly are cheese curds?  Cheese curds are a by-product of the cheese-making process.  They usually have a fairly mild, cheddar-like taste.  Cheese curds are considered a local delicacy in the northeast and midwest, and many restaurants offer fried cheese curds on their appetizer menus.  Don’t live in this part of the country?  Have no fear!  Farm Rich carries Breaded Cheddar Cheese Curds that are made from Wisconsin cheddar cheese, and they’re available in the freezer section of your local grocery store.  (There’s also a coupon available via that link!) 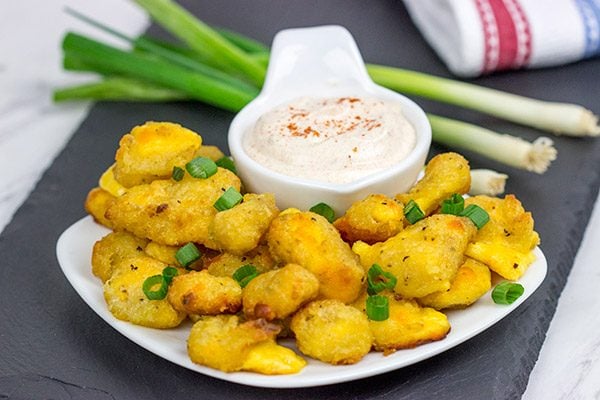 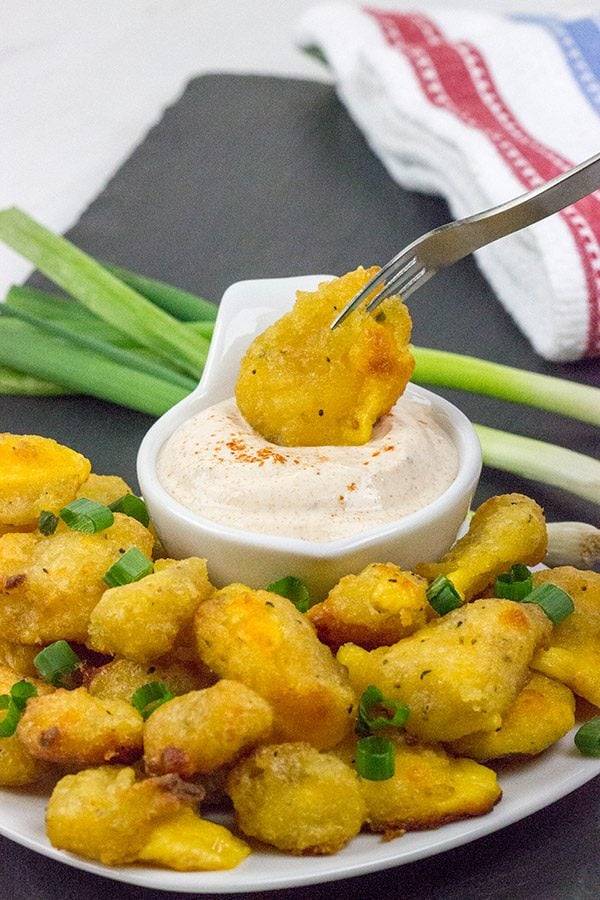 Oh, and for the record, this Smoky Ranch Dressing is tasty enough to serve as a dip all by itself!  I whisked this up in about 60 seconds, and then Laura and I both dipped in a cheese curd to try it out.  Woah!  Mind blown.  Farm Rich makes a whole assortment of snacks and appetizers, and I’m thinking their Mozzarella Sticks dipped into this smoky ranch dressing will be a winner.  Or the Jalapeno Peppers.  Or the Boneless Buffalo Chicken Bites.  I mean ranch and buffalo sauce were just made for one another, right?  Maybe that trio will be my snack while watching tomorrow’s games!  Farm Rich’s products are wholesome, feel-good foods that are perfect for when you need great-tasting food in minutes! 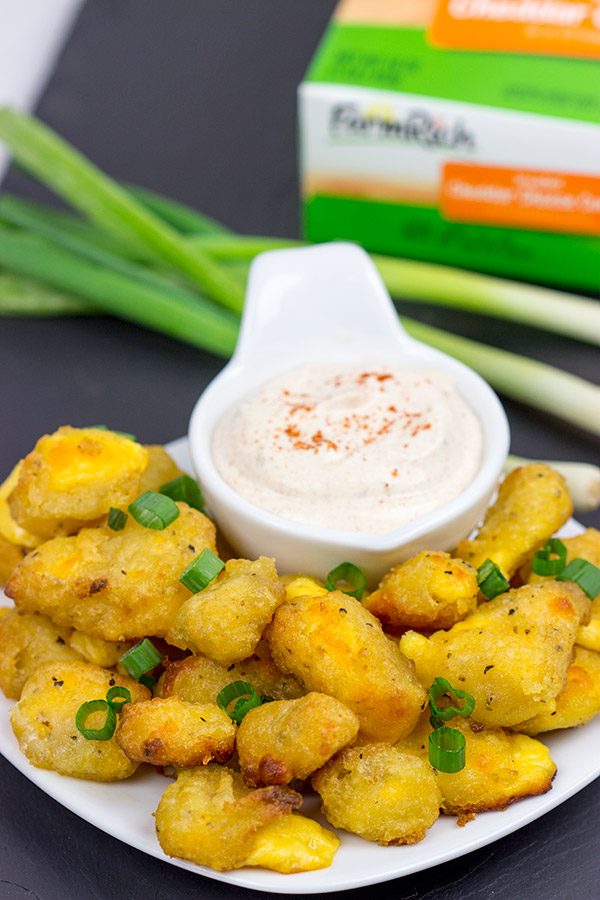 Click here to find Farm Rich products near you.  Good luck with your brackets and may the best team win!  Cheers, friends! 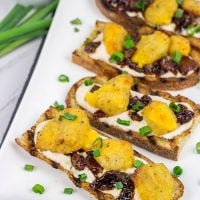 If you don’t have a grill pan handy, these toasts can be baked in a 350°F oven for 20 minutes, flipping half-way through.

Disclosure: This Bacon and Cheddar Cheese Curd Bites post was sponsored by Farm Rich, but the recipe and opinions are entirely my own.  Thank you for supporting the brands that support Spiced!