Filled with almond paste and topped with sliced almonds, these Almond Bear Claws are a fun and tasty breakfast treat! 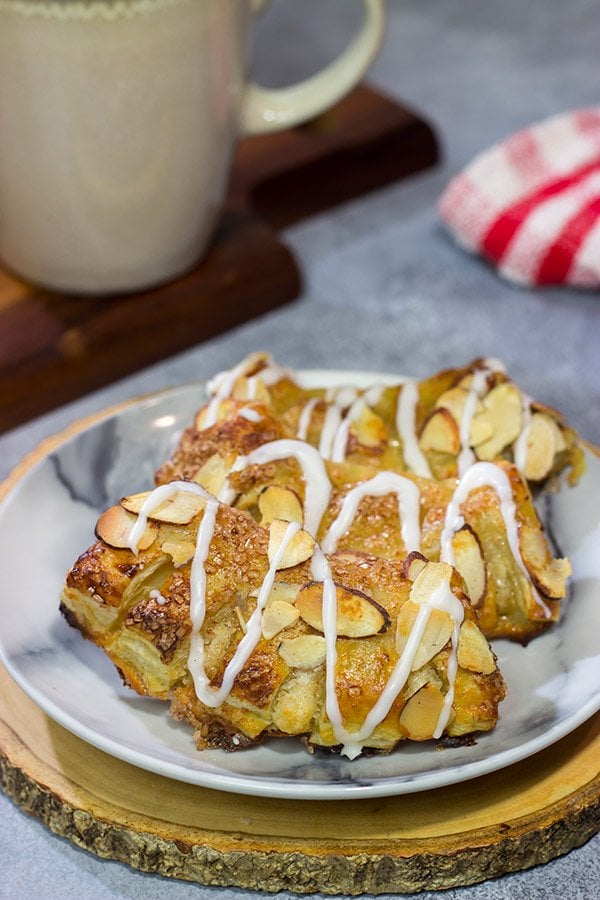 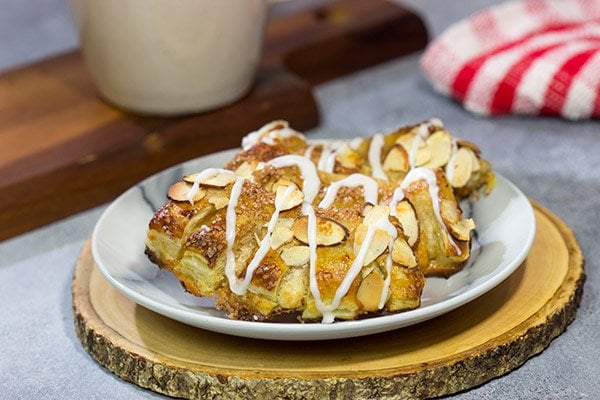 That’s right – a worm.  Did you know that Slimey the Worm’s birthday is September 19?  Yup, Oscar the Grouch’s pet worm celebrates his birthday on September 19.  You know who else also celebrates a birthday on September 19?  My wife.  And you better believe I remind her each and every year that she shares a birthday with a worm!  (On a side note, I think Slimey the Worm has to be one of the best Muppets characters of all time – talk about a trip back to my childhood.)

September 19 also happens to be famous for another reason.  It’s International Talk Like a Pirate Day.  Arrrr, matey!  Avast!  Yo, ho, ho and a bottle of rum!  <– Did pirates actually say this?  Methinks not.  Nevertheless, I spend the entire day walking around celebrating Slimey’s birthday while talking like a pirate.  It’s pretty epic!  Oh, and there’s my wife’s birthday in there, too.  Hah! 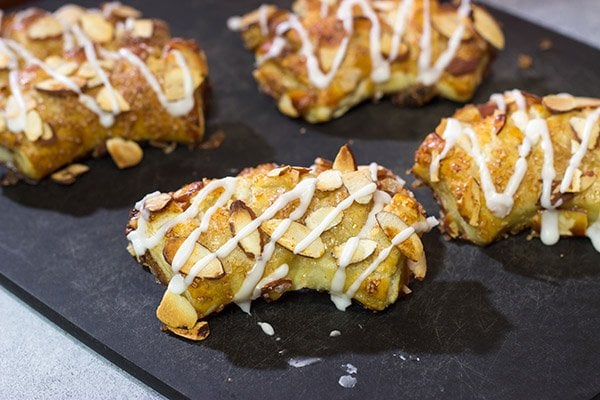 In honor of Laura’s birthday, I made her a batch of these Almond Bear Claws over the weekend  She absolutely loves anything and everything involving almond paste, and these bear claws are almond-y in the most delicious way possible!  Panera made Bear Claws famous, but these really are quite simple to make at home.  All you have to do is make an almond filling and fold it up inside of puff pastry.  Add a couple of slices to one edge and bend the pastry to look like a bear claw, and that’s it.  Nice and easy! 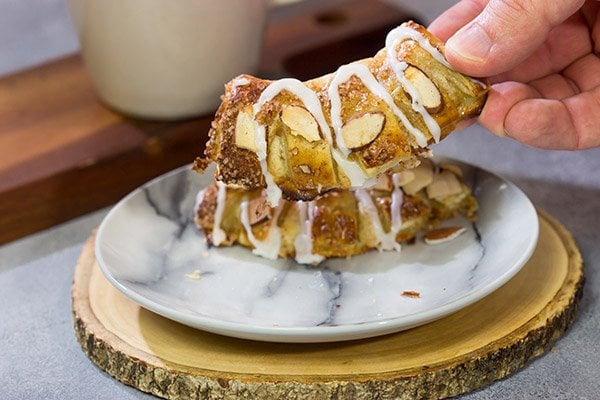 For the longest time, I confused a bear claw with a fritter.  I have no idea why.  Perhaps way back in my childhood, someone gave me a fritter and called it a bear claw.  Whatever the reason, I always told Laura I wanted bear claws.  Then we showed up to a family event at her workplace and they had bear claws for breakfast.  Laura was all excited.  Me on the other hand?  I was in the corner looking around for the fritter! 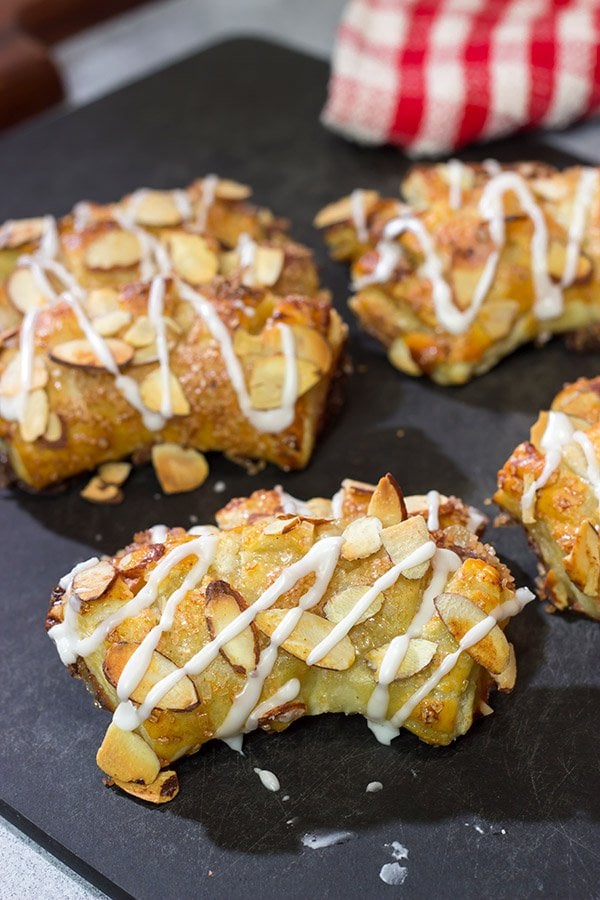 It turns out I was completely wrong about bear claws.  They are quite tasty, but they are nothing like a fritter.  In truth, I’d still go for a fritter…but I wouldn’t be sad about either one.  This recipe for Almond Bear Claws is a keeper for sure!  We enjoyed this batch quite a bit, and I can promise you these will become regular treats around here – perhaps for Slimey the Worm’s birthday each year!  Enjoy!

Did you make a batch of these Almond Bear Claws at home?  Leave a comment, or snap a photo and tag me on Instagram (@Spicedblog).  I’d love to see your version! 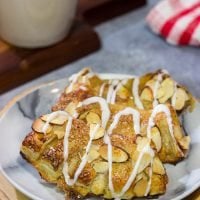 For the Bear Claws

For the Bear Claws

Looking for more tasty pastry recipes?  Check out these other favorites, too: 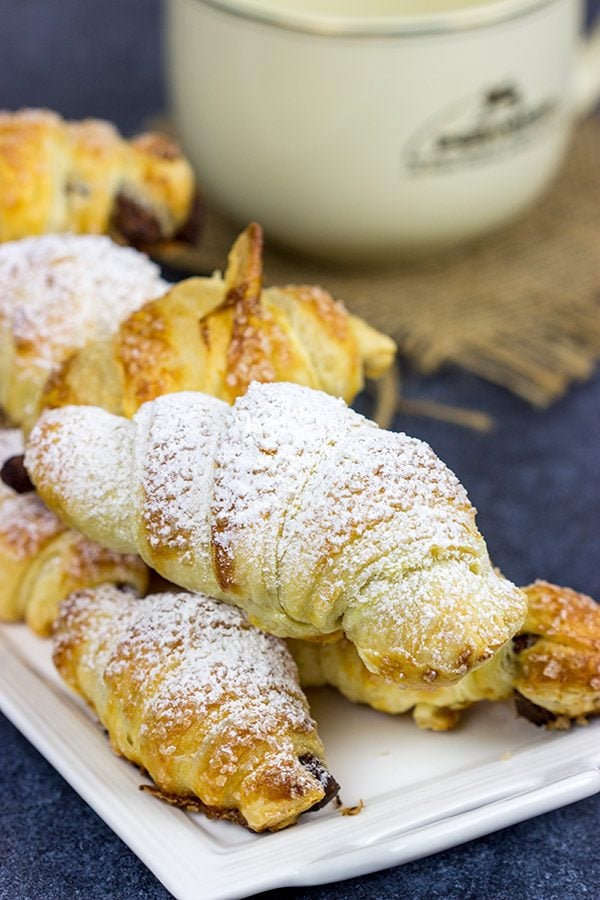 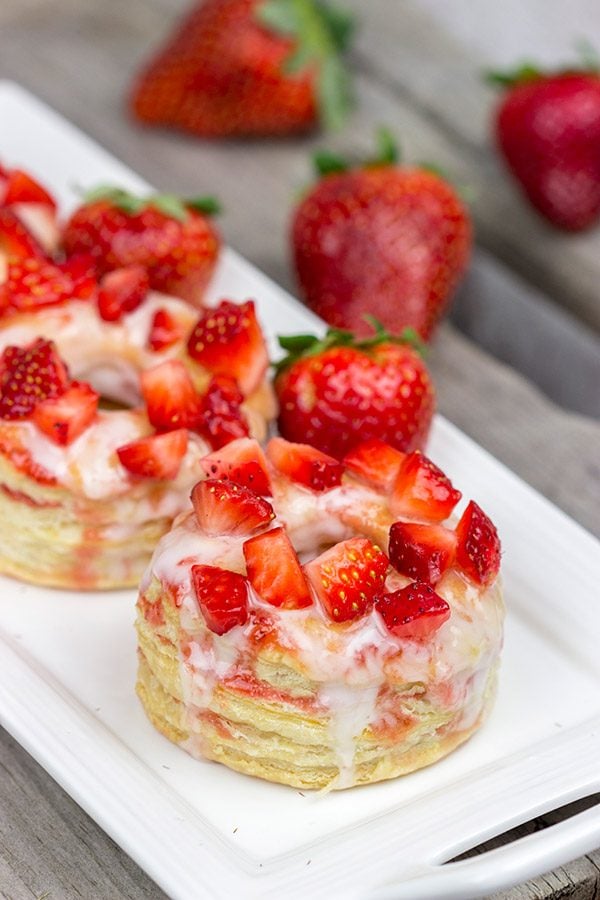 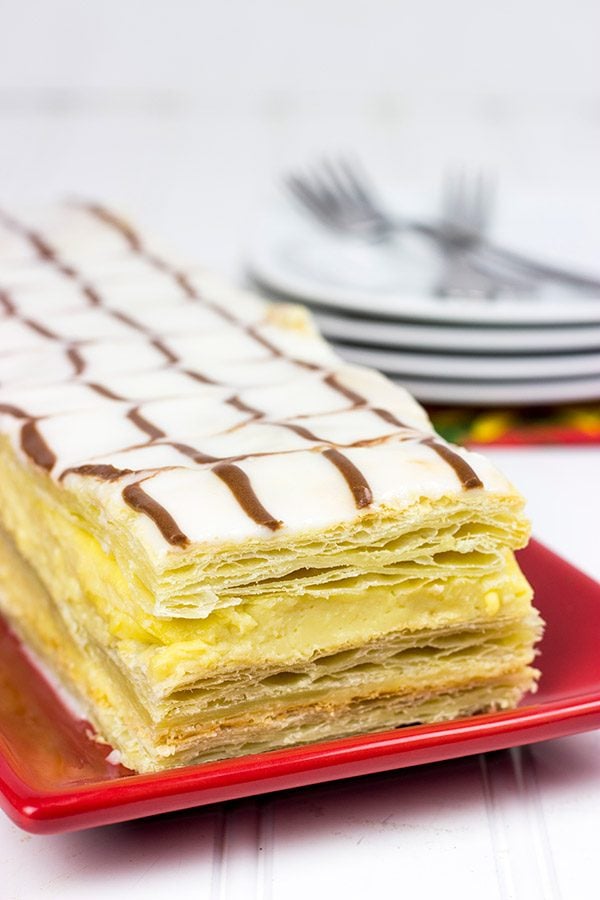