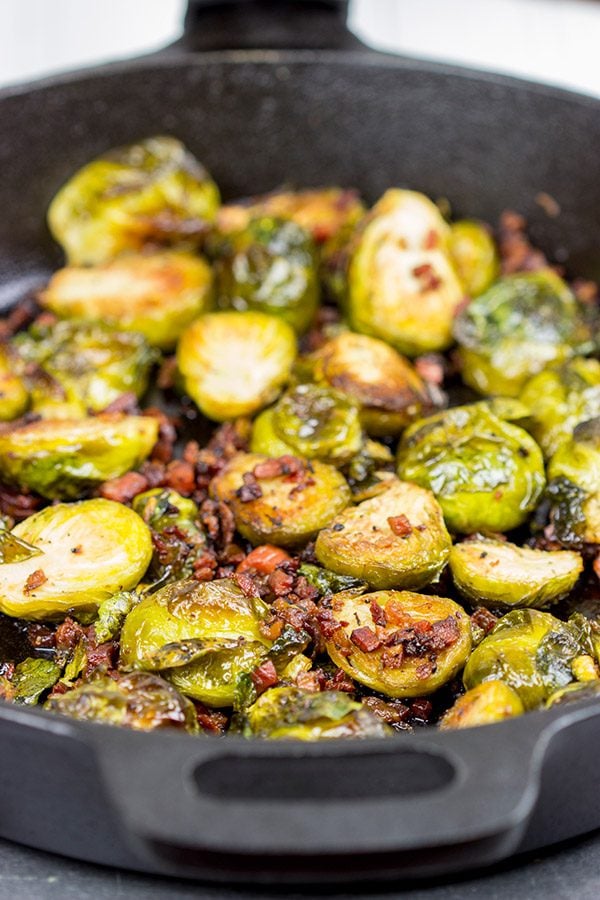 I’ve always had a natural curiosity when it comes to the kitchen.  Whenever I see a new type of food, I often look at it and think, “Hmmm…I wonder if I can make that at home?”  Sometimes it works.  Sometimes it takes several attempts before I’m satisfied.  And sometimes, a food is so decadent that I’m perfectly happy enjoying it and not even attempting to recreate it.  (That happened more than once when we were sampling lots and lots of chocolate truffles in Belgium.) 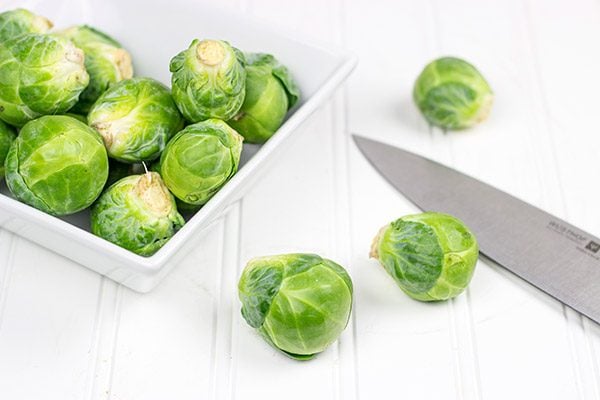 This same natural curiosity extends into the garden for me.  I’ve mentioned on a number of occasions how we grow all sorts of fruits and veggies in our backyard.  When we bought our house here in upstate New York several years ago, I spent that first summer clearing the back corner of the yard and building several raised beds for our garden.  (I used the planks from the old back porch that we took out to build the beds…it was a fun project!)  The next spring, we planted all sorts of veggies.  I researched the types of plants that grow well in upstate New York, and I pretty much planted all of them.  That first year’s garden was a bit of a jungle.  Let’s just say I learned my lesson about overplanting. 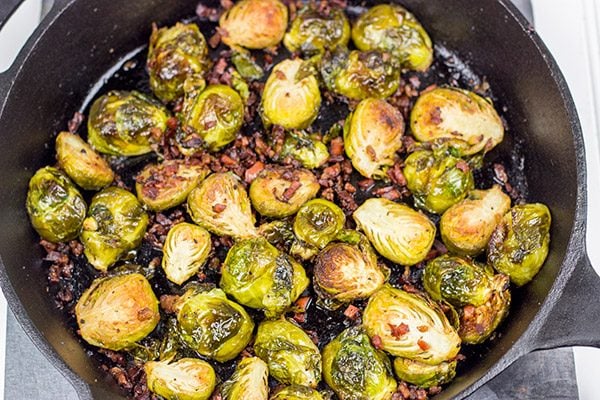 One of the many veggies we grew in the garden that year was Brussels sprouts.  That same curiosity from the kitchen carried into the garden.  I told my wife, “Hey, Brussels sprouts apparently grow well up here.  Wanna plant some?”  She was game, so we popped those sprouts into the garden and watched them grow.  Truthfully, we had to Google what Brussels sprouts plants looked like…that’s how clueless I was about them.  Sure enough, by the end of the season, we had a big plant full of sprouts.  And we grew ‘em.  How cool is that??

It turned out that Brussels sprouts take up a lot of garden space and overshadow other nearby plants.  We decided that the amount of realty is too much for how many sprouts you get off of each plant, but it was still a fun experiment!  Now we just pick up sprouts in the grocery store whenever we need them for a recipe.  One of my favorite ways to eat Brussels is actually just simply roasting them up in a cast iron skillet.  It’s a quick and tasty side dish that can easily be made on a weeknight. 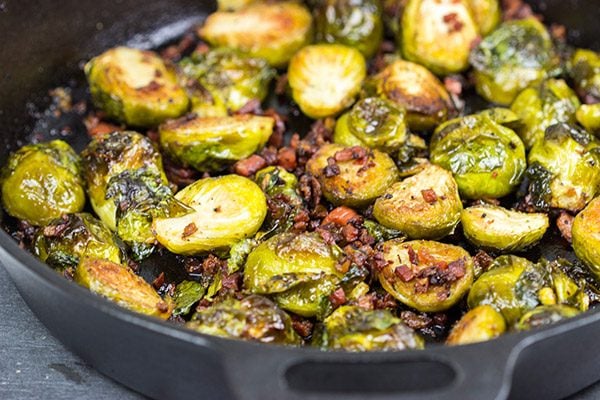 These Roasted Brussels Sprouts with Pancetta aren’t your mom’s Brussels sprouts.  “You can’t get up from the table until you eat your Brussels.”  Nope, you won’t hear that around this roasted Brussels sprouts recipe.  Instead, you’ll be asking if there are any more in the skillet.  These sprouts are golden brown on the outside and tender on the inside, and they partner well with the crispy, flavorful pancetta.  If you want to mix it up a bit, consider adding shaved Parmesan or a couple small spoonfuls of goat cheese (trust!) to the Brussels before serving.  Both variations work, and both add a new twist on this classic side dish.  Enjoy!

Looking for more Brussels sprouts recipes?  Check out these! 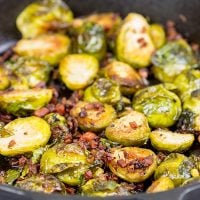