With chilly Winter days around the corner, grab some leftover bread and make a pot of Ribollita.  This Tuscan White Bean Stew is a delicious way to warm up on a cold day! 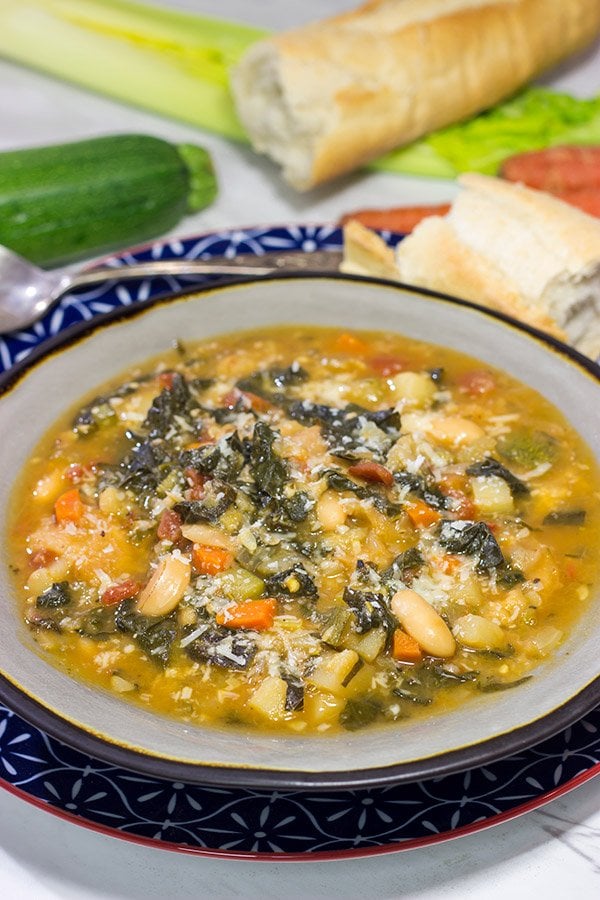 With Halloween right around the corner, let’s chat about one of the creepiest things out there: Ouija boards.  Now we love our board games around here, and I chat about them from time to time.  But Ouija boards?  Nope.  Nada.  No, thank you very much.  My brain says they are just fun parlor games, but nevertheless there’s a tiny bit of curiosity and doubt that lingers in the corners of my mind.  Enough curiosity to hold a seance?  No chance in hell! 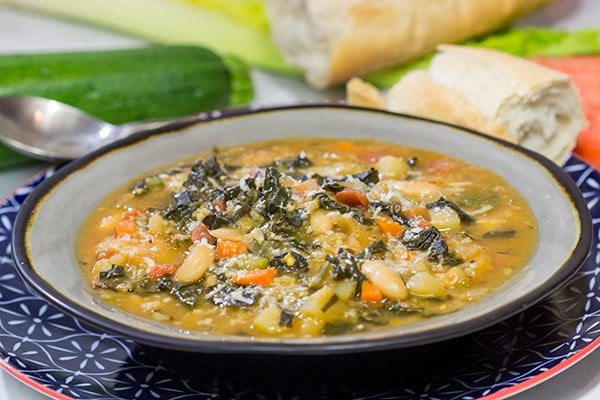 In case you aren’t familiar, Ouija boards are flat boards printed with numbers and letters.  People using the boards place their fingers on a movable tool called a planchette.  According to legend, spirits can communicate to the living via the planchette.  The meter moves and spells out words to answer questions.  I know it’s all fun and games, but you won’t catch me in a dark room with a Ouija board.

Speaking of communicating with the dead, did you know that Mary Todd Lincoln held seances in the White House after one of her sons died of Typhoid fever in 1862.  The First Lady supposedly held several seances as a way to communicate with her son.  What’s more, Abraham Lincoln may have participated in several of these seances as well.  The First Lady claimed that she was able to communicate with her son’s spirit, and this brought her peace. 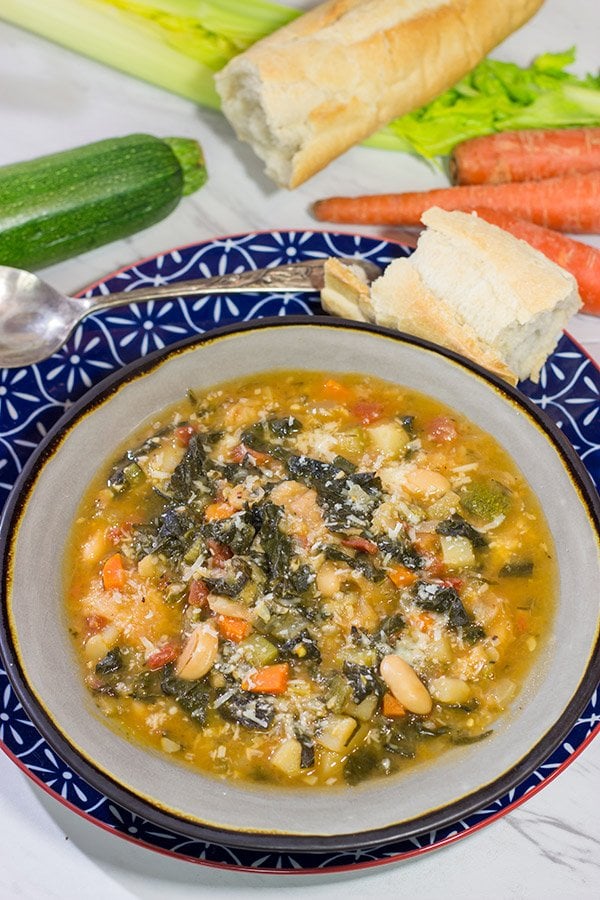 I do love the mysteriously and slightly creepy vibes that come around during Halloween.  Heck, I grew up in Charleston, SC, and I’m fairly certain I saw something in the shadows early one Christmas morning – and it wasn’t Santa Claus.  However, you still won’t catch me in a seance or playing with a Ouija board!

Switching gears to something I do understand, let’s talk about delicious food!  Have you ever had Ribollita?  This thick stew comes from Tuscany, and (like many soups and stews) there are endless variations of this classic recipe.  One piece that is standard, though, is the use of bread to thicken the stew.  Ribollita literally means ‘re-boiled,’ and this stew came about as a way of reusing leftovers from the previous day’s meal. 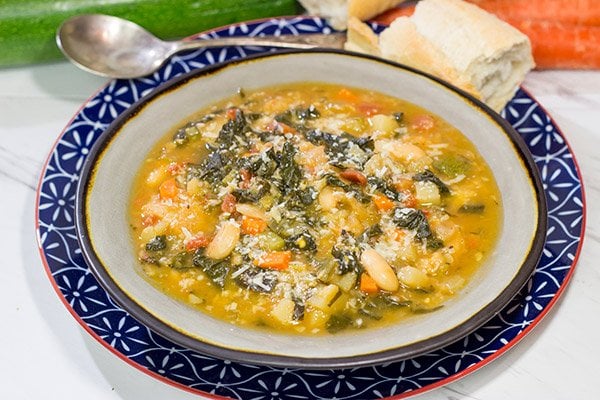 During the Middle Ages, soup was often served in bread bowls called “trenchers.”  According to legend, commoners would collect leftover trenchers after feasts and then reboil them with whatever vegetables happened to be around.  I have no idea whether this is accurate, but it certainly seems believable enough.

Nowadays, Ribollita is often made as the meal in itself…no need to collect your neighbor’s leftover trenchers.  Ribollita is delicious!  The bread cubes soak up excess broth and help thicken this Tuscan vegetable stew.  Oh, and speaking of vegetables, this stew has plenty of ’em!  Sure, onions, carrots and celery are classic ingredients for a stew, but Ribollita also calls for a potato, zucchini, some Tuscan kale and Swiss chard.  As a result, this stew has a ton of flavor!  In fact, over the past couple of years, this stew has become a household staple – I’d bet we make this one at least 3-4 times each winter. 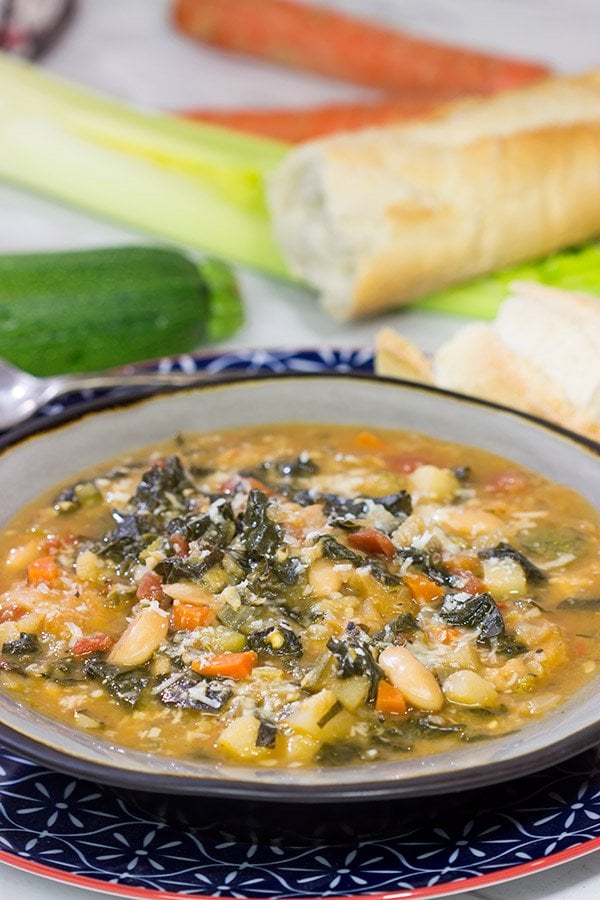 As we head into the colder parts of the year (at least here in the Northern hemisphere), I highly recommend putting Ribollita on the menu!  It’s a hearty stew that’s packed with flavor, and it’s pleasantly low in calories as well.  Enjoy!

Did you make a batch of this Ribollita at home?  Leave a comment, or snap a photo and tag me on Instagram (@Spicedblog).  I’d love to see your version! 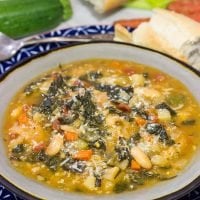 Looking for more tasty soups and stews?  Check out these other favorite recipes, too: 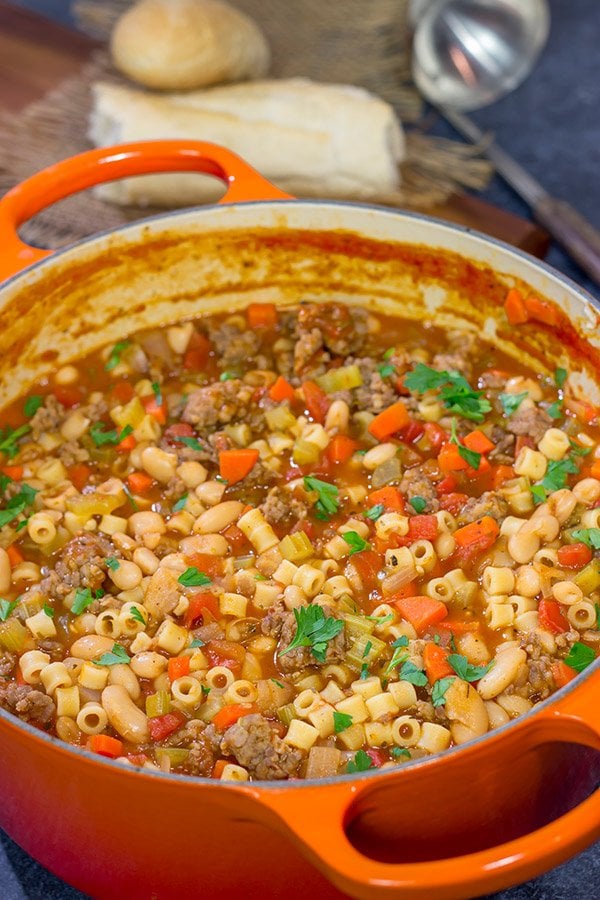 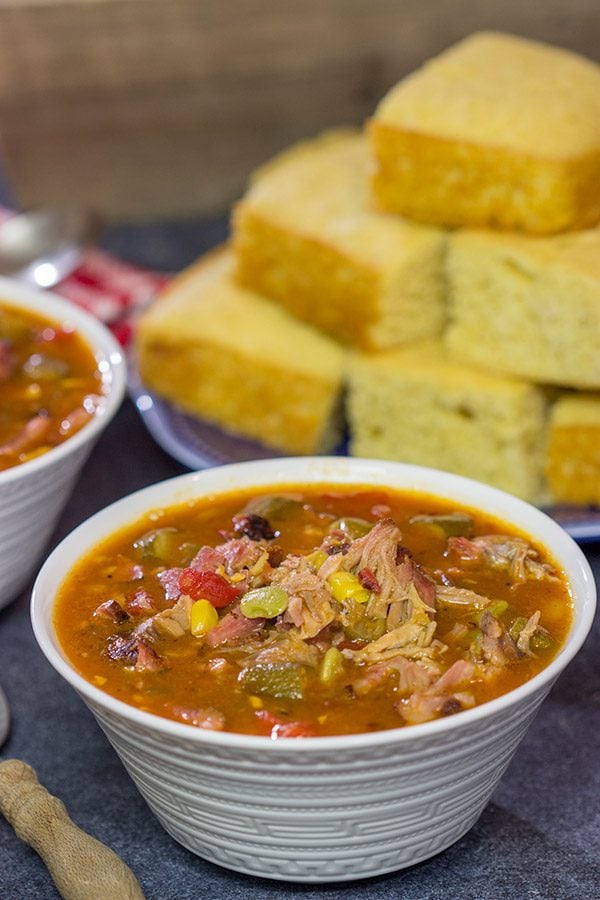 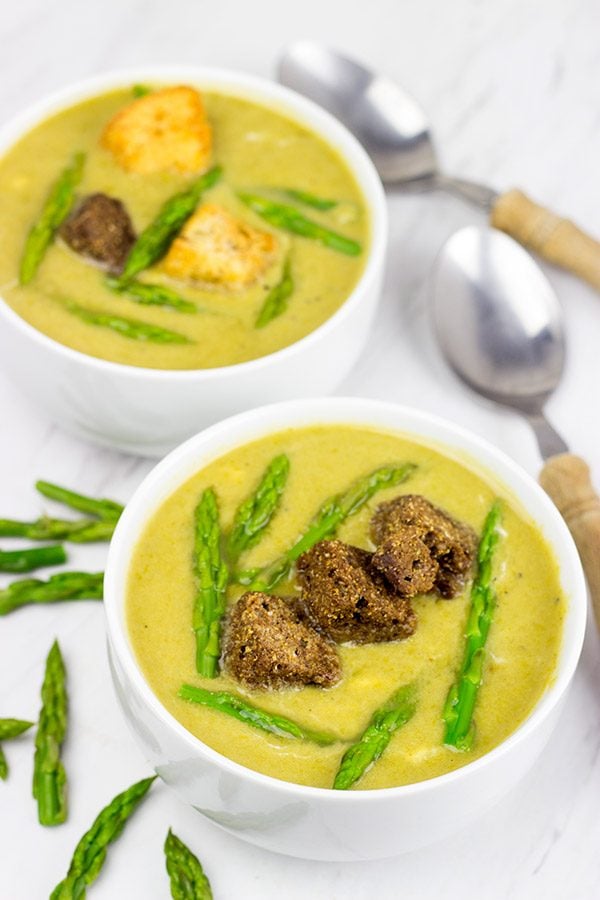