Penne alla Vodka features penne pasta with an easy, creamy pasta sauce (and, yes, the pasta sauce calls for a bit of vodka)! 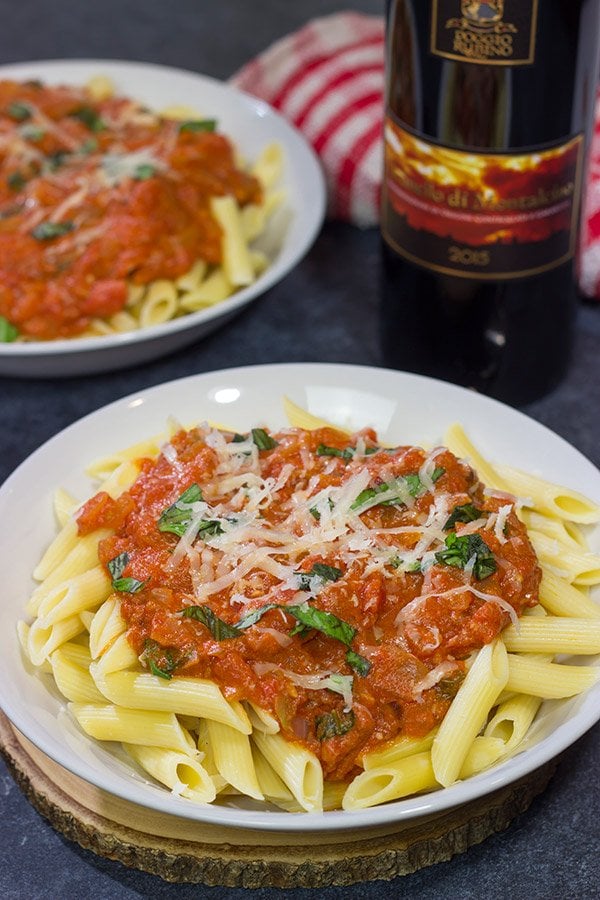 I’m fairly certain adding vodka to a tomato sauce didn’t originate in Italy.  In Italy, adding red wine is fairly common with sauces.  However, as those recipes migrated from the Old Country to America, the alcohol changed from wine to vodka.  So it’s safe to say that vodka sauce is a distinctly Italian-American thing…or perhaps even an American-Italian thing.  Much like Spaghetti & Meatballs.  Or Italian Beef Sandwiches.  That’s ok.  Penne alla Vodka (aka penne pasta with vodka sauce) is delicious, so I’ll just save the red wine and drink it with dinner instead! 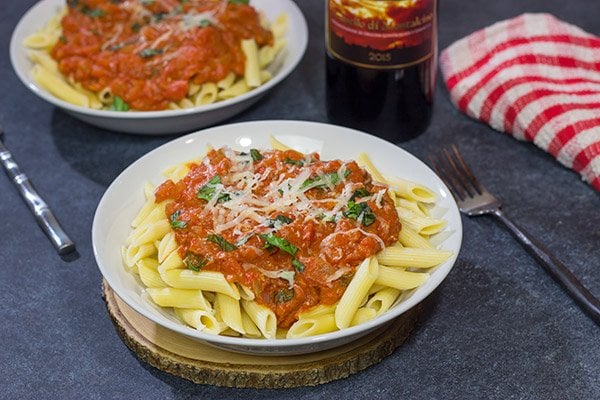 My wife is part-Italian, and Penne alla Vodka has been one of her favorite pastas for pretty much as long as I can remember.  On the few occasions when we went out for Italian food in Atlanta, Penne alla Vodka was always her go-to.  Like most Italian recipes, this recipe is super easy.  In fact, the sauce comes together in about the same time as it takes to boil the water and cook the pasta.  As such, I recommend using the best ingredients possible – San Marzano tomatoes, real Parmesan cheese, fresh basil.  The one place where you can “cheat” is the vodka.  Any standard vodka will do just fine here – no need to reach for the top-shelf stuff.  Save that for your martinis! 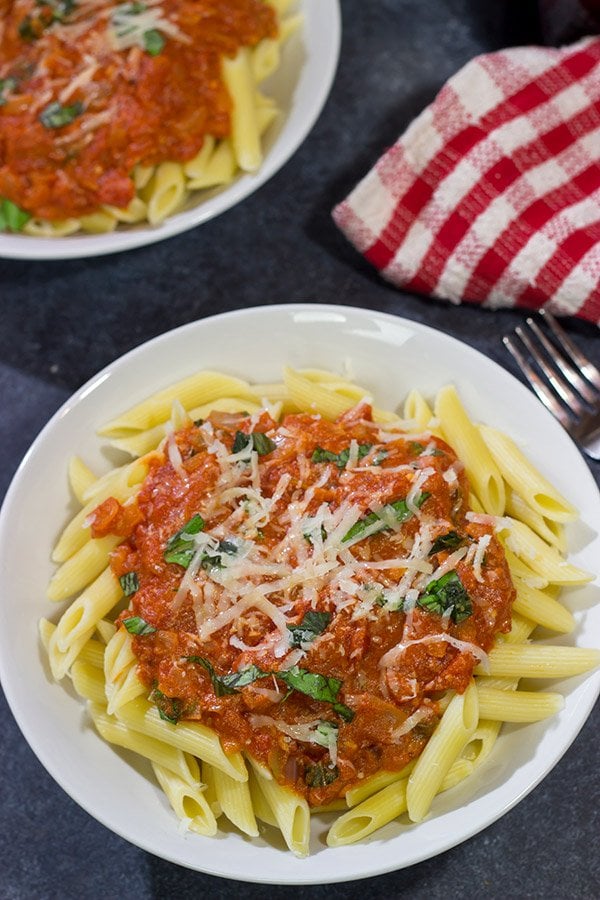 Vodka sauce is traditionally served with penne pasta, but don’t let that stop you.  We’ve made this sauce several times before using whatever pasta we happened to have in the pantry at the time.  (Oh, who am I kidding?  We always keep an impressive – some might say ridiculous – variety of pastas in our pantry!)  In addition to the obvious vodka, Penne alla Vodka also calls for a bit of heavy cream.  Combining cream with tomato sauce is somewhat uncommon as the acidity in the tomatoes can make the cream separate.  However, in this case, the vodka actually serves as an emulsifier that keeps the sauce from separating. 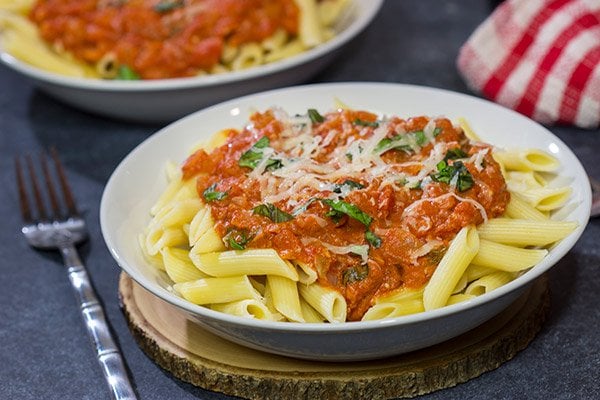 If you google various recipes for Penne alla Vodka, you’ll see a wide range in the amounts of cream.  I love the cream in this recipe, but in an effort to be (somewhat) healthy, I’ve gradually pared the cream down to just ½ cup.  (Some recipes call for 1½ cups!)

Thanks to the sugars in the vodka, the sauce for Penne alla Vodka is a little bit sweeter than most tomato sauces.  I personally don’t find it overly sweet, and I think the vodka (or perhaps the cream) does temper the acidity of the tomatoes.  Serious Eats did a really interesting test regarding the amount of vodka recommended for a vodka sauce.  In the end, the result was ¼ cup of vodka per quart of sauce.  And simmering the sauce after adding the vodka was a requirement. 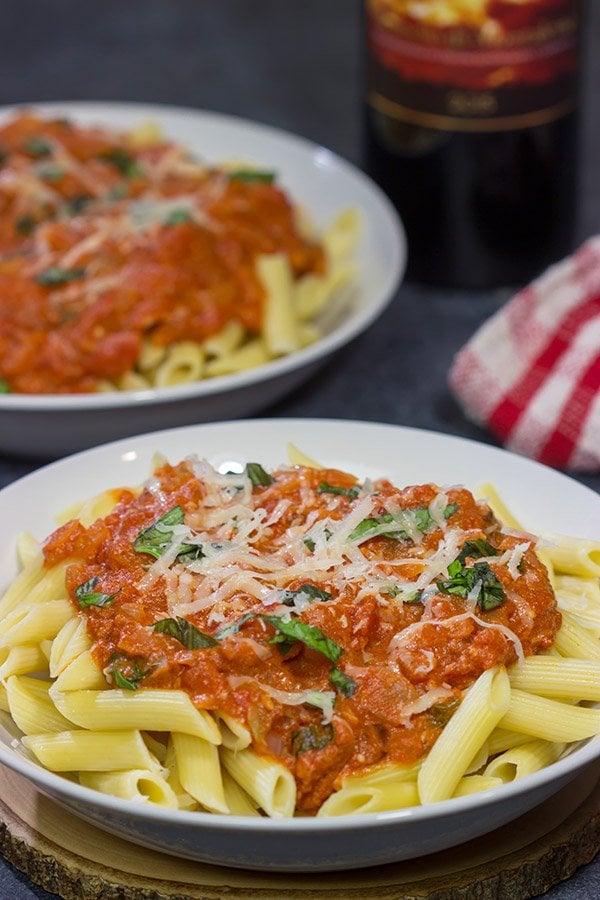 So does Penne alla Vodka taste like vodka?  No.  At least I don’t think so.  It does taste delicious, and it’s become one of my favorite pasta sauces.  This recipe comes together quickly.  It’s easy enough to make for a weeknight dinner, but it’s still fancy enough to serve at a dinner party.  After all, ears tend to perk up a bit when you say you’re making a sauce with vodka.  Funny how that works, huh?  I hope you enjoy this recipe as much as we do.  Cheers!

Did you make this Penne alla Vodka at home?  Leave a comment.  Or snap a photo and tag me on Instagram (@Spicedblog).  I’d love to see your version of this recipe! 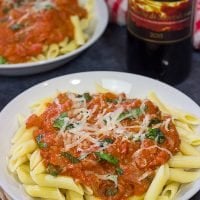 Looking for more tasty pasta recipes?  Check out some of these other favorites, too: 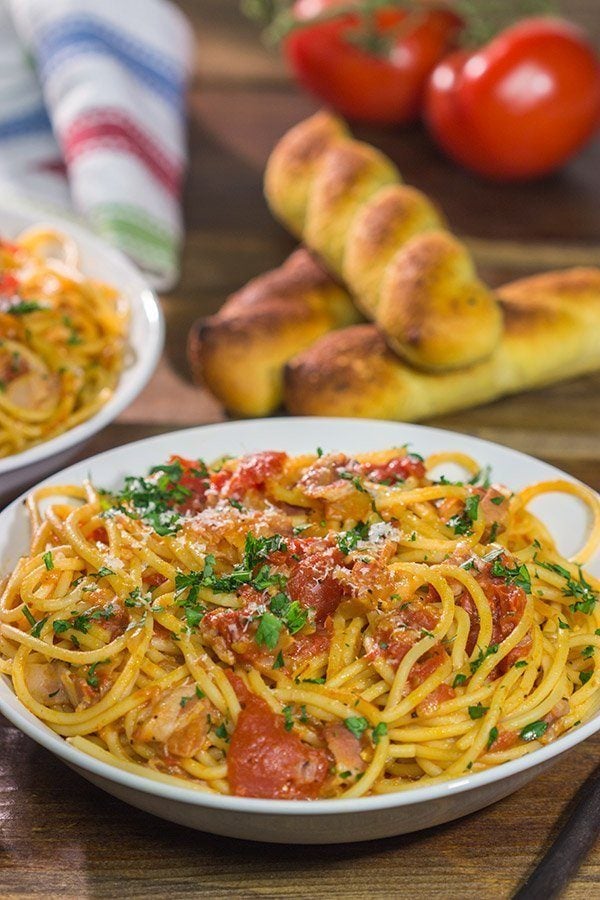 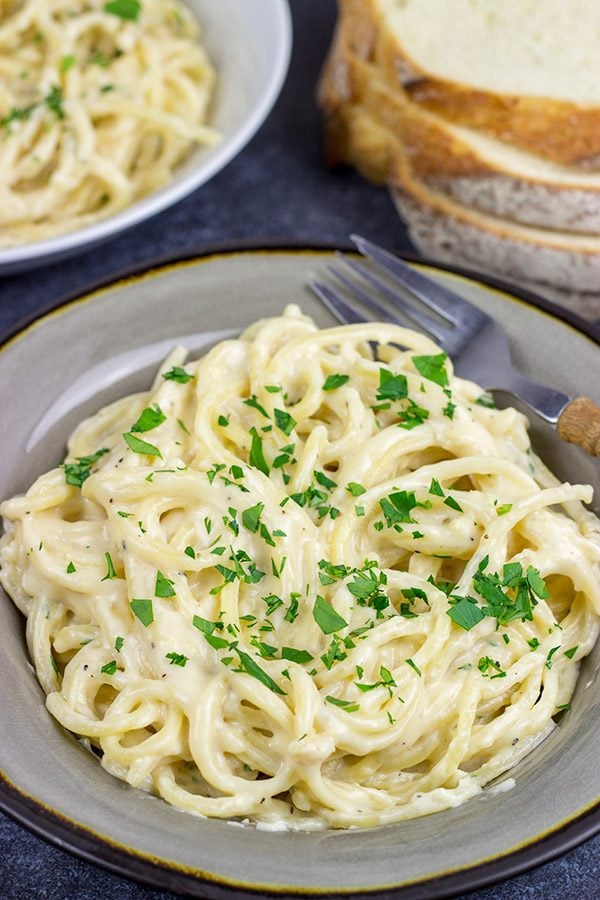 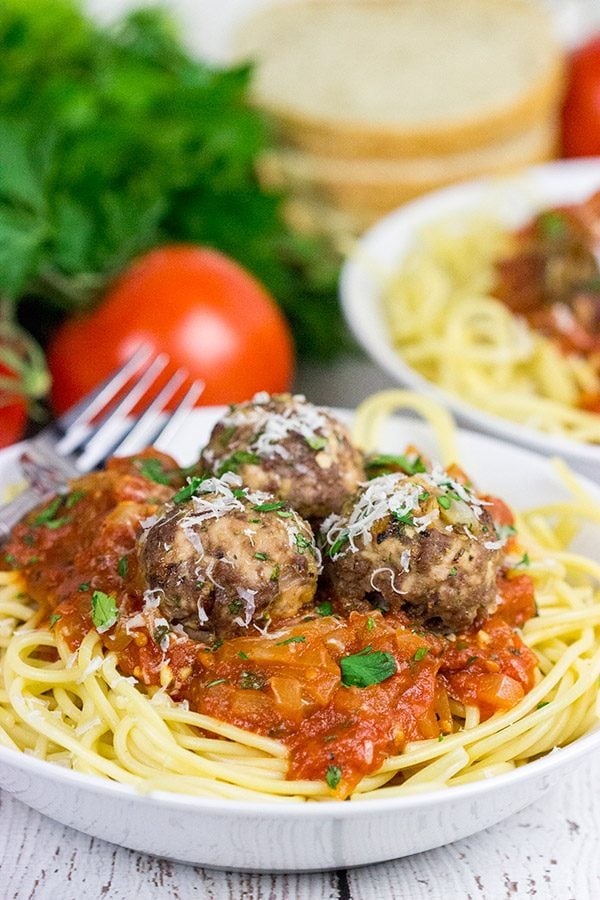