This Mixed Berry Coffee Cake is loaded with blueberries and raspberries for a tasty morning (or night) treat! 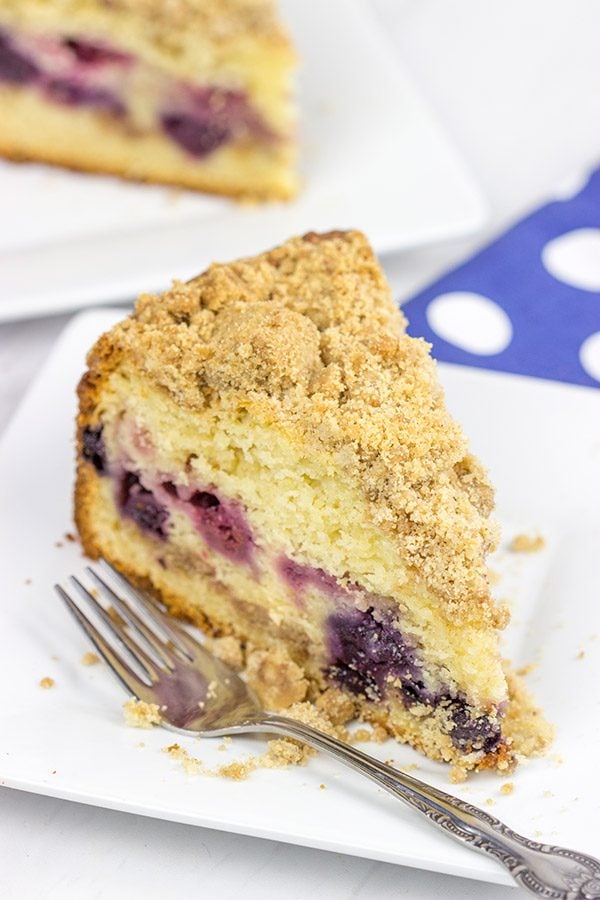 When I first got into baking bread, it was like a whole new world opened up to me.  First and foremost, I was literally in awe at the fact that I could make a loaf of bread.  And if you’ve ever eaten warm Italian bread right out of the oven (especially dipped in olive oil!), then you’ll understand how I could eat an entire loaf in one sitting.  (Not that I’ll ever confess to doing that.)  But in the learning process, I picked up a whole new repertoire of baking terminology.  Crust, crumb, biga and poolish all sounded like another language at first, but they soon became household terms. 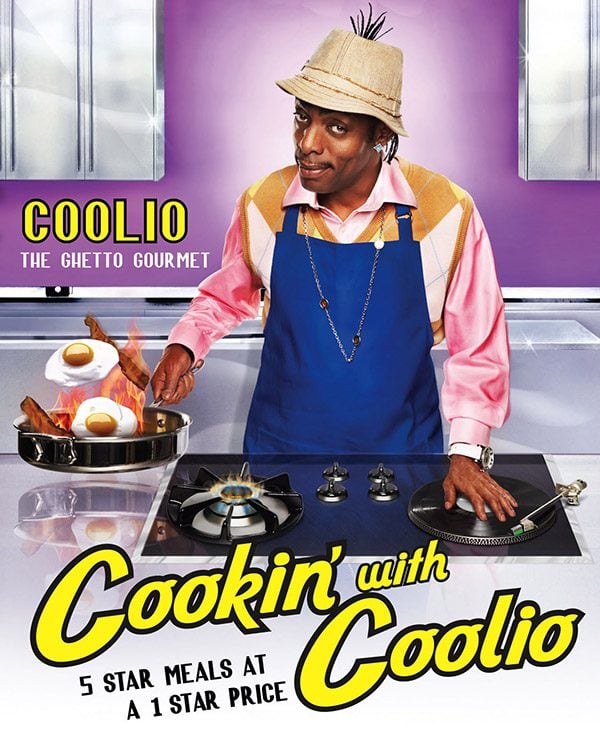 The same thing happened when I stumbled across a copy of Coolio’s cookbook.  Yes, that Coolio.  The rapper who hit fame in the mid-90’s with songs like Gangsta’s Paradise and Fantastic Voyage.  Coolio has a cookbook.  And it features recipes like “Tricked-out Westside Tilapia” and “Heavenly Ghettalian Garlic Bread.”  Uh, say what?

Regardless of your affinity for rap, Coolio’s book is a hilarious read.  For one of his recipes, he starts by saying “Light a fire under your frying pan and pour a little olive oil in there.”  For the record, he also recommends rolling spring rolls “nice and tight like a blunt.”  And the term ‘a dime bag of pepper’ might show up in his book, too.  Don’t ask me how much pepper that is. 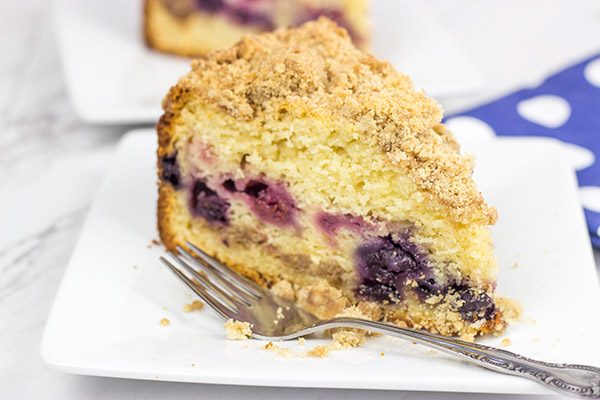 In total fairness, though, Coolio seems like a great guy.  Sure, he’s a self-proclaimed ‘Ghetto Martha Stewart,’ but he refers to his mom quite a bit.  And he always refers to her with respect.  He describes her as a really, really great cook who inspired his interest in food.  Oh, and in case you get bored, Coolio has expanded his cooking ventures into a YouTube cooking show. 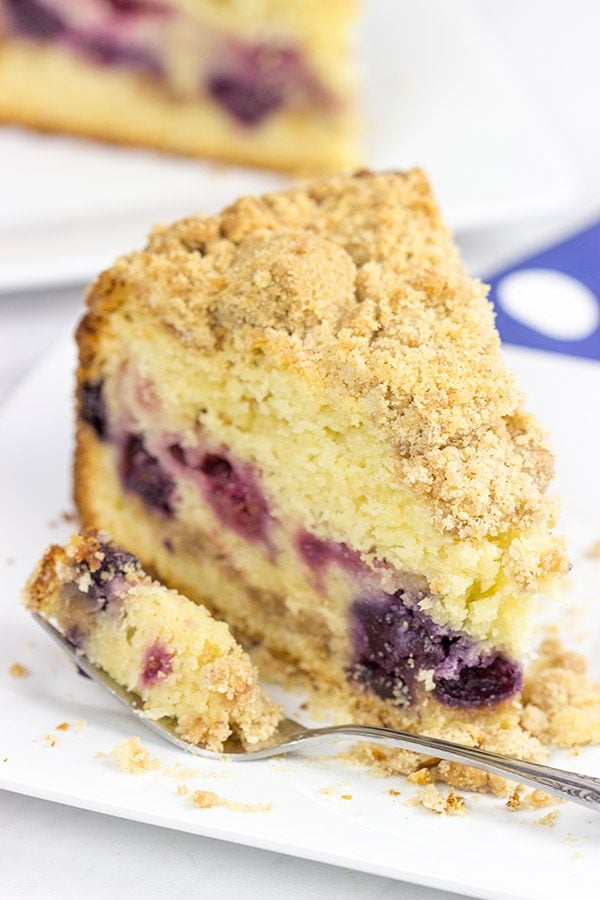 Tender crumb.  Streusel vs crumble.  Cream together the butter and sugar.  These are all terms and phrases I had to learn when I got into baking.  While baking loaves of bread is probably still my favorite kitchen activity, baking cakes and other sweet treats isn’t far behind.  Coffee cakes are an all-time favorite, and I’ve even been known to get a coffee cake for my birthday.  No shame in my coffee cake game. 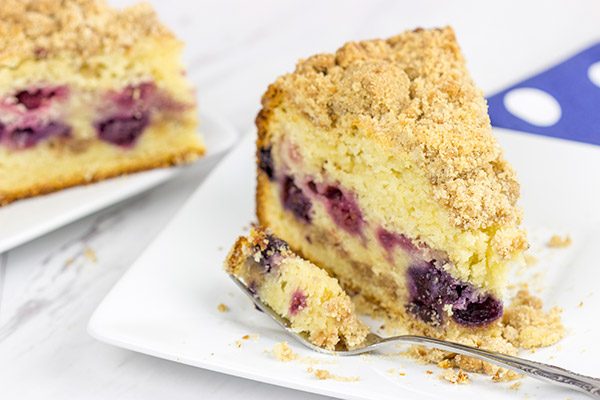 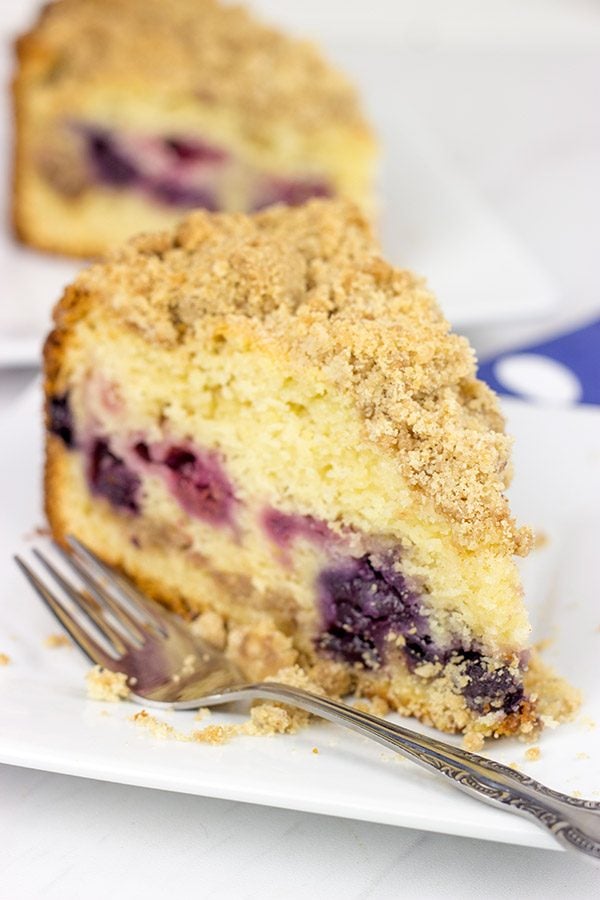 I’m not sure if Coolio has ever baked a Mixed Berry Coffee Cake, but I sure would love to see how he describes it.  I’m hoping it’s something along the lines of how he described an appetizer: “Seriously, if someone don’t like this appetizer, you gotta grab they scruffy a** by the back of their neck and throw them out on the lawn.  I can’t help people like that.”

I can’t make this stuff up, folks.  Enjoy the coffee cake! 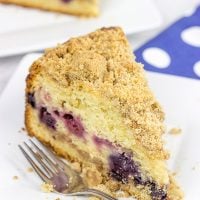 It’s important to use a deep cake pan for this cake. (I actually used a 9”x3” springform pan.) If you don’t have a deep pan, then you can split the batter into two smaller pans and reduce the overall baking time.