This Lemon Shrimp + Quinoa-Lentil Salad is a delicious and healthy recipe that works as a side dish or a main course! 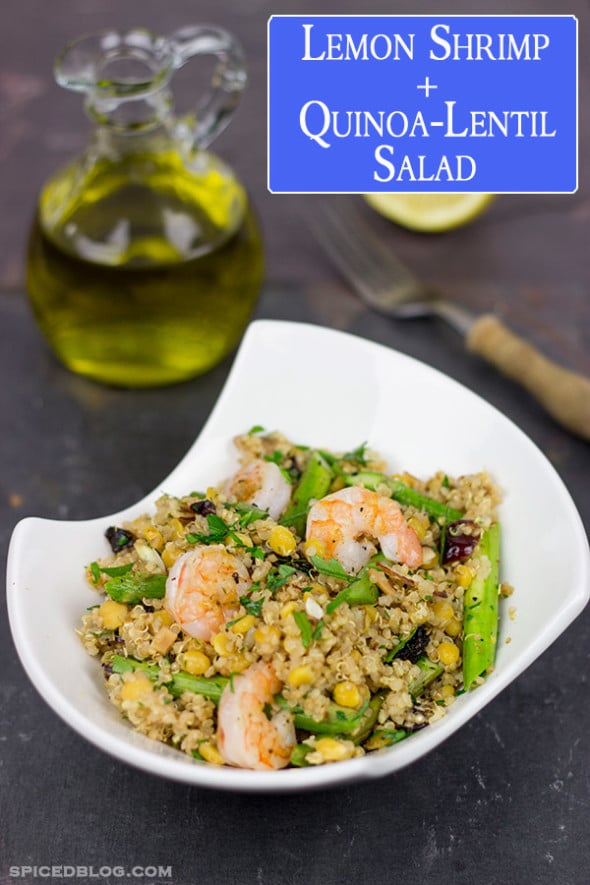 Valentine’s Day is just a week away now.  While I really enjoy the V-Day festivities, I’m getting a bit tired of all the desserts.  I can’t believe I actually just typed that sentence.  Me…tired of dessert…what the heck is going on??  With all of the cakes and cookies coming out of the Spiced kitchen lately, I think I’ve grown a bit spoiled.  I needed a small break from the sweets, so the other night I decided to throw together a healthy dinner for my wife and myself.  I found some shrimp in the freezer, and I had a fresh bag of quinoa in the cupboard…and the next thing I knew I had this Lemon Shrimp + Quinoa-Lentil Salad staring back at me.  After all of the Valentine’s Day desserts and general winter comfort foods, this Mediterranean-inspired dish was like a ray of bright sunshine on a cold winter day!  (Now if only that ray of sunshine would go ahead and melt some of the snow on my back porch, then I’d be a really happy camper.) 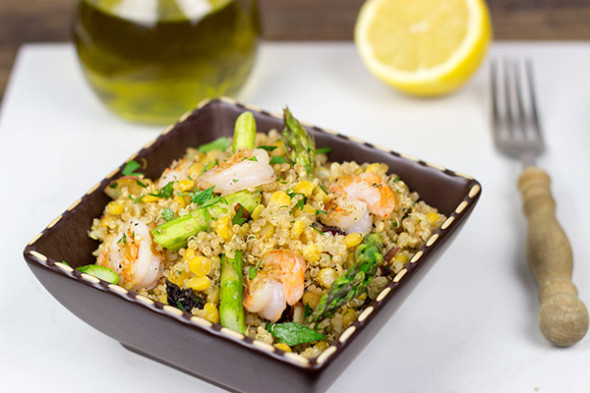 Have you ever tried quinoa?  It’s a relatively new grain to me, so I did a bit of research on it.  I found out that it’s actually a seed, but it often gets grouped into the whole grain category because it’s cooked in a similar way as many grains.  Sometimes quinoa gets a bad rap, but I find it to be pretty darn delicious…especially when you toast the quinoa first.  I still crack up laughing at the commercial where the guy’s wife sends him off to tailgate with quinoa burgers and he convinces himself that they’re the reason why his team is winning.  Love it!

Ever since I’ve known her, my wife has been into healthy eating.  In fact, on our first date back in Atlanta, we met at a dog park and then I tagged along with her to a local farmer’s market.  She’s quick to remind me that I only bought a bag of oranges on that trip while she filled her cart to the brim with all sorts of healthy and delicious foods.  Hey, gimme a break…I just wanted some freshly-squeezed orange juice!  (And I might have just been looking for a way to extend the date a little longer, too.)  Either way, I have to give my wife some credit for this recipe, too.  It was her idea to add the craisins and lentils…and she nailed it!  I was nervous about adding craisins to this salad, but the relatively small amount adds a slight sweetness that is really quite tasty.  And the lentils add a wonderful texture, too. 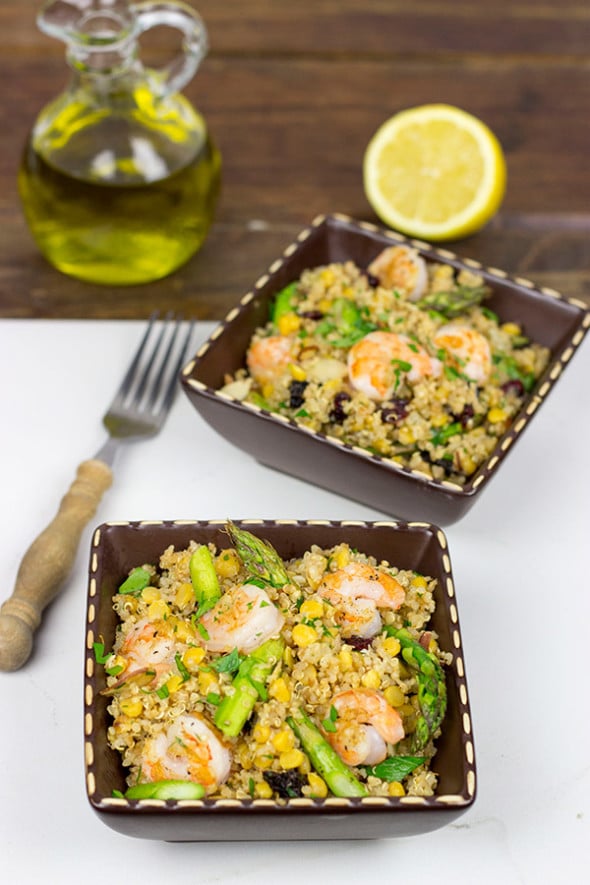 This post and recipe has been entered into a contest hosted by Yummy Food and Canarias.com.  I received no compensation for this post and the recipe is an original Spiced creation.