Featuring a raspberry sauce made with limoncello,
this Lemon Raspberry Semifreddo is a perfect way to welcome in warmer temperatures! 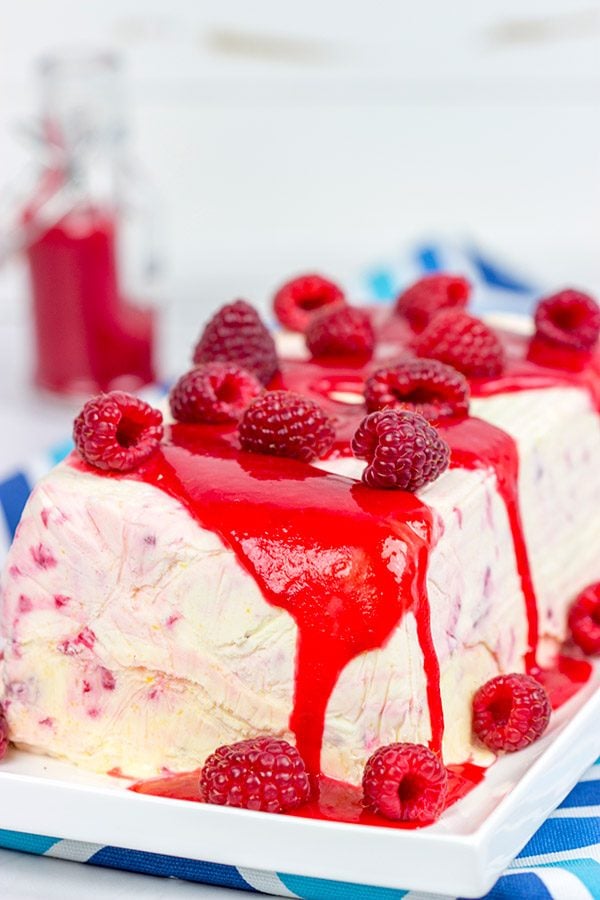 Capri is an island located off the Italian coast near Naples.  Capri is also one of my favorite places in the entire world.  From the craggy cliffs to the windy roads to the crystal clear blue water, I’m fairly certain I could settle down in Capri and be one happy dude.  I visited Capri for an afternoon back when I studied in Italy during college.  I immediately fell in love, so it’s no surprise that Capri was a must-visit when my wife and I went to Italy on our honeymoon several years ago.  (We traveled all over Italy, and she ranked Capri and the Chianti region as her favorite spots.) 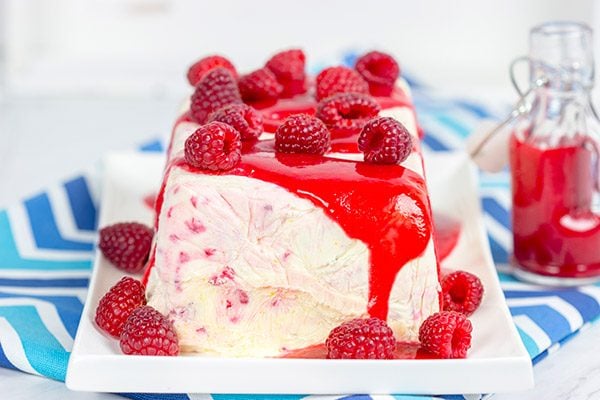 Capri has been a resort location since the days of the Roman empire.  The emperors Augustus and Tiberius both had lavish villas on Capri, and both would visit to escape the craziness of Rome.  As a former Latin teacher and Roman history guy, this whole side of Capri’s history makes the island even more appealing to me.  (For some reason, tromping off looking at ruins of a wall that were once part of Tiberius’ villa just didn’t appeal as much to my wife…but she was a trooper for my sake!) 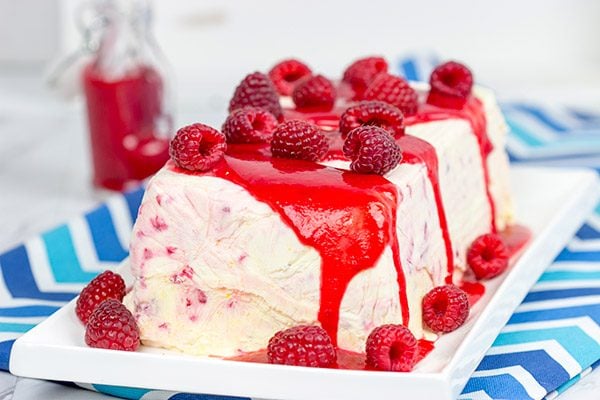 As if the views and food weren’t enough, one of our favorite moments on Capri was when we hung out with members of a French Rotary Club who were also vacationing in Capri.  Short version of the story: There was a group of people making a bunch of noise outside of our hotel room one afternoon.

We peeked out of the back door to see a group of older French folks celebrating with a late-afternoon bottle of wine…or two or six.  As soon as they saw us, they invited us out to visit.  The only problem was we didn’t speak French, and they spoke very broken English.  But we communicated via charades and hand signals.  Wine truly is a universal language! 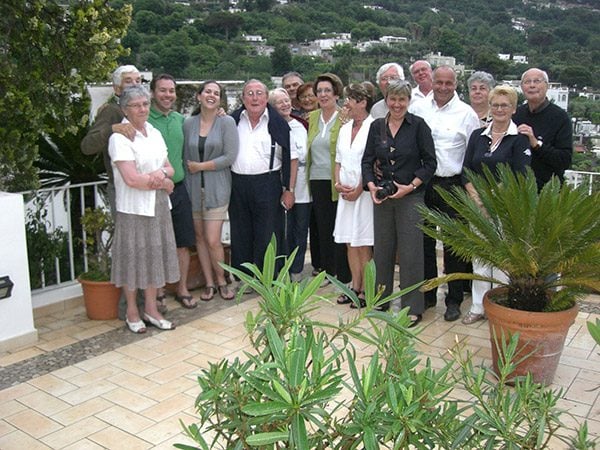 If you’ve ever traveled to Capri, then you’re certainly familiar with limoncello.  Lemon trees grow all over the island, and limoncello is a liqueur made from these lemons.  Laura and I picked up a couple of bottles of limoncello in Capri, and one of those bottles may or may not have been in our backpack each day as we explored the island.  Seriously, though…when in Rome…err, Capri… 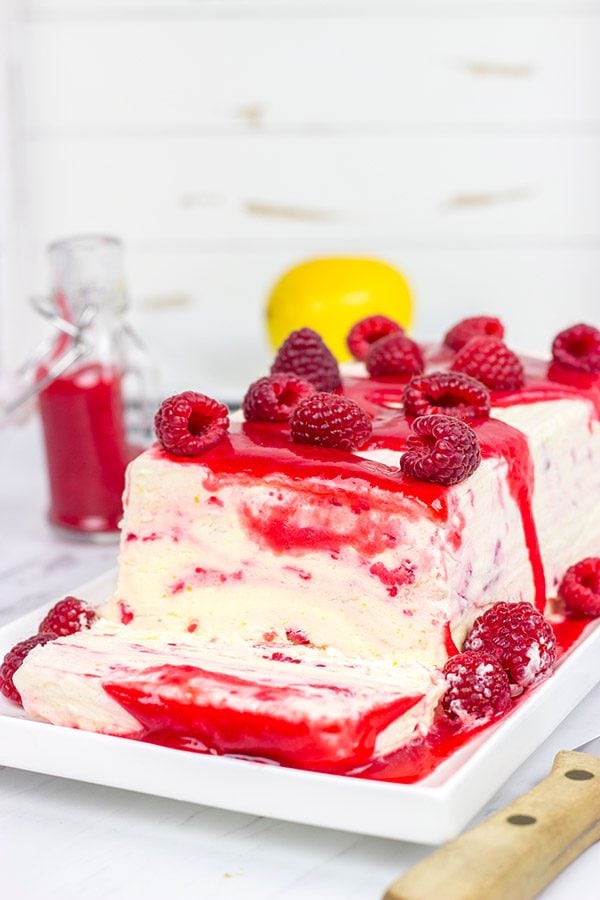 Limoncello can be found easily enough here in the States, and I used a bit of limoncello for the raspberry sauce on top of this Lemon Raspberry Semifreddo.  Translated as half-cold, semifreddo is closely related to ice cream.  Instead of adding cream and then churning the mixture into ice cream, the cream in semifreddo is whipped first.  Then the whole mixture is frozen and served the next day.  I like to think of semifreddo as no-churn ice cream’s classy older cousin. 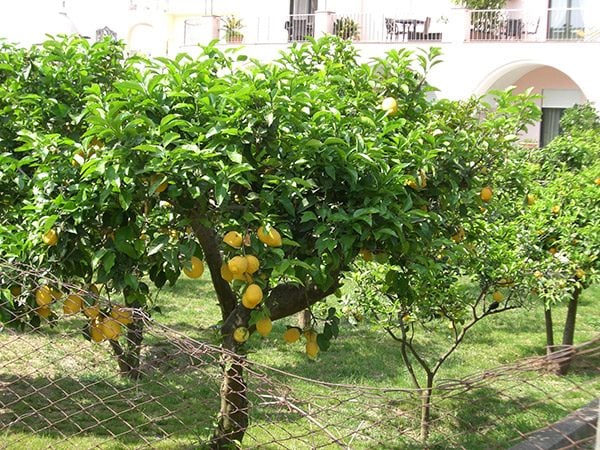 But here’s the thing about semifreddo: it’s incredibly easy to make!  Aside from whipping the cream and then cooking the egg yolk + sugar mixture, there’s really nothing else to it.  And it’s an impressive dessert to serve.  This Lemon Raspberry Semifreddo is a favorite around our house.  It’s quite tart by itself, but the sweetened raspberry sauce (made with limoncello!) helps balance that tartness.  I hope you enjoy this one as much as we do! 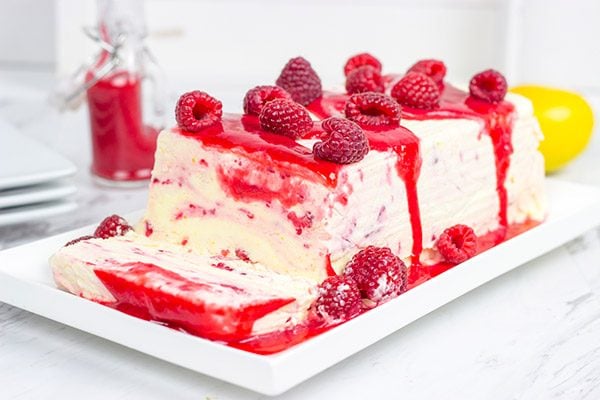 Have you ever been to Capri?

What are your thoughts about limoncello? 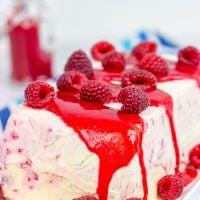 For the Raspberry Sauce

For the Raspberry Sauce