These baked Kahlua Donuts feature a tasty donut base topped with a Kahlua glaze.  Serve ’em with a Kahlua Milkshake for a real treat! 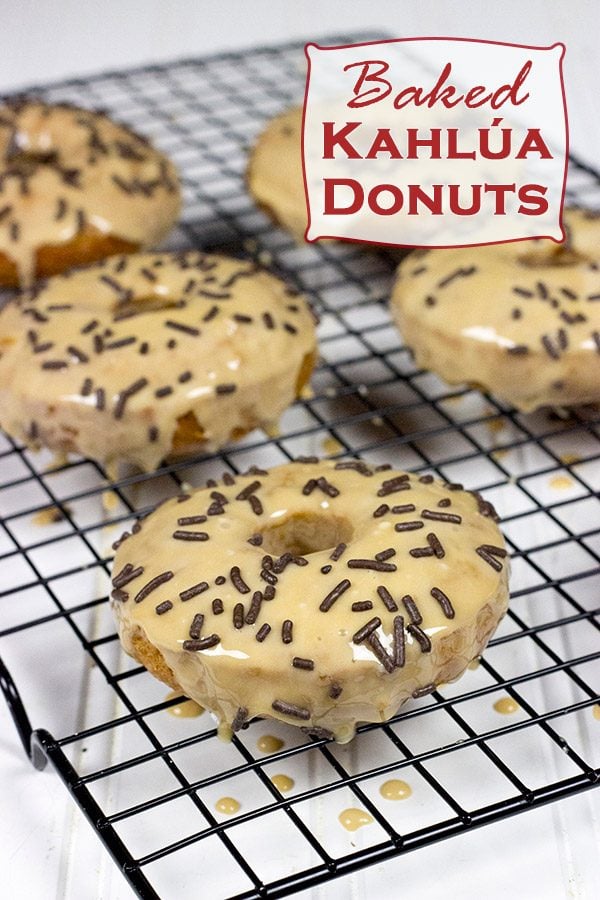 Ah, coffee and donuts…talk about a classic partnership!  But instead of serving this duo for breakfast, I decided to mix it up a bit and turn this traditional breakfast fare into a dessert.  And trust me when I say these treats would be delicious any time of the day!  In case you haven’t noticed, I have a serious love for Kahlúa, and both of today’s treats feature this delicious coffee liqueur.  Of course, either the donuts or the milkshake would be a respectable dessert by itself.  But since the holidays are here, you have total permission to treat yourself and go for both!  After all, you wouldn’t want to get thirsty while you eat your donuts, right?

One of my favorite things about this donut recipe is that it’s baked instead of fried.  (I don’t mind frying all that much, but it’s a bit more work…plus, the baked version is not as bad for you!)  I’ll be honest, though.  I bought a doughnut pan some number of months ago, and I hadn’t really gotten around to using it yet.  I had a few ideas in mind, but something else always seemed to pop up instead.  So the pan just sat there looking lonely.  But then when Kahlúa asked me to create a special treat using their coffee liqueur, I knew exactly what I wanted to make.  Yup, it was time to put that donut pan into action!  I was a little skeptical of how these donuts would taste since they were baked instead of fried.  Who knew baked donuts are so easy to make…and still taste so gosh darned delicious??

Plus, they have sprinkles.  And sprinkles make everything better.

Even though they were quite tasty, the donuts just looked lonely sitting there all by themselves.  So I decided a milkshake was in order here …you know, just to give the donuts some company!  I went with coffee ice cream for this milkshake because I really wanted to highlight the coffee flavor of the Kahlúa, but you could easily substitute vanilla or chocolate ice cream depending on your taste preferences.  Add a little milk and Kahlúa, and you’re all set!  Both of these are really fun desserts to serve to company…especially now that the holidays are upon us.  So whip up some milkshakes or a batch of these donuts and sit back and enjoy the season.  Cheers!

This Kahlua Donuts post is a sponsored conversation written by me on behalf of Kahlúa. The opinions and text are all mine. 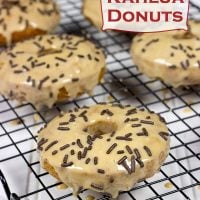