Packed with spices and real vanilla beans, this Gingerbread Cake with Vanilla Bean Frosting is the perfect holiday dessert! 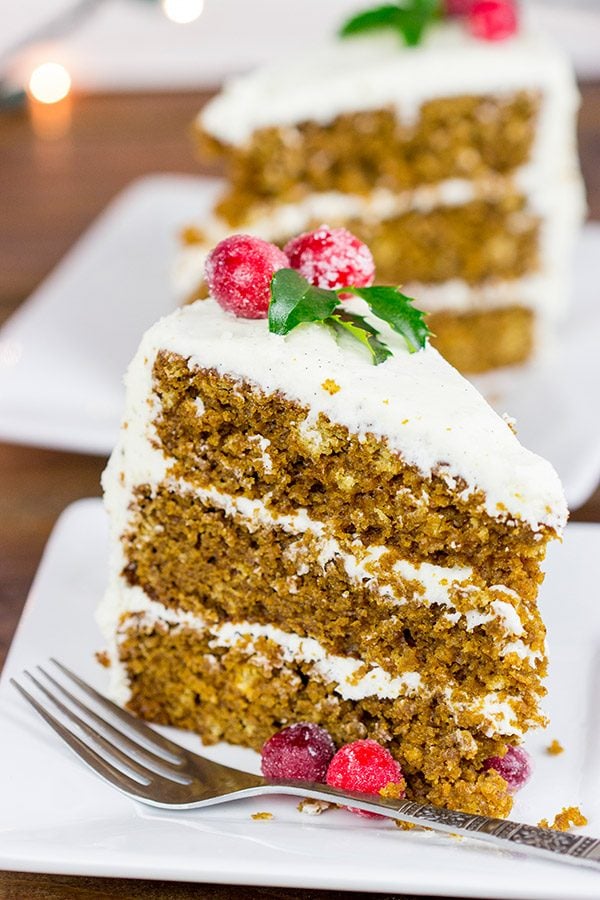 I have a problem when it comes to sales.  Laura wasn’t aware of this when she met me, but soon after I showed up with 14 boxes of cereal following a grocery store run.  Now she’s aware of my problem.  What?  They were on a great sale!  And you know we’ll eat them!  So the post-Christmas shopping sales are one of my favorite times of the year.  I usually pick up new Christmas lights to replace the burnt-out strands.  And then there’s the boxes of holiday cards at 90% off.  And last year I grabbed a new Santa hat for 79¢.  You know, to replace the one I lost running through the neighbor’s backyard on Christmas Eve.  Oh, I guess I should explain that one, huh?

To explain the missing Santa hat, I need to go back a couple of years.  You see, I was out shopping some holiday clearance sales (surprise, surprise), and I stumbled across a Santa outfit.  A real deal Santa outfit.  It took me all of about 4.3 seconds to decide that I needed it.  (Laura just rolled her eyes when she came home and saw it…)  But, yes, I do indeed own a Santa outfit. 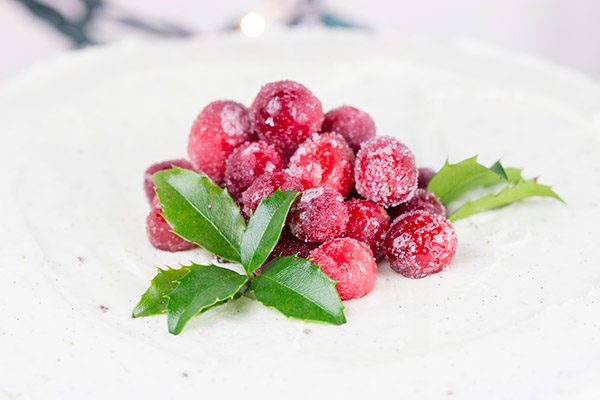 So last year, we decided to stay home for Christmas since Robbie was only a month old…and we weren’t about to hit the road with a newborn baby.  Our neighbors were kind enough to invite us over for their family Christmas Eve party.  They were so incredibly nice to allow us to join in the festivities with their extended family.  (I think there were ~25 people there…including a bunch of kids.)

I got the idea that it would be fun to dress up as Santa and just run through the backyard.  The kids would just catch a glimpse of me and get excited for Christmas.  Well, my plan worked…better than expected.  I snuck back across the street and got dressed in my Santa gear.  I then called one of the adults and told them to get the kids ready at the back window.  Success!  Santa trotted across the backyard with a huge bag of toys (i.e. bubble wrap) in tow.  But there was only one problem: one of the kids didn’t see me.  So the adults asked me to make another trip through the backyard.  No problem, right? 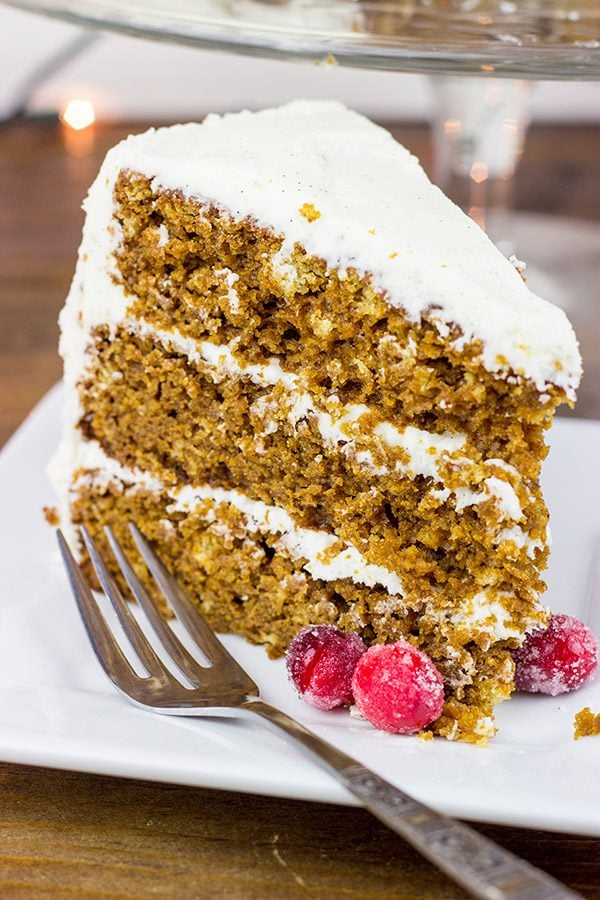 Problem.  This time, some of the older kids decided they were going to catch Santa.  And those older kids are also on the track team.  So while Santa was getting ready to make a 2nd pass through the backyard, he heard “Santa!  Get him!  Tackle him!” from about 10 feet away.  Let’s just say Santa hasn’t run that hard in years.  Somewhere along the way, Santa’s hat fell off.  (The kids kept it as proof that they almost caught Santa.)  I somehow made it back across the street in one piece.  In fact, there was a guy out there walking his dog.  Can you imagine the look on his face when he saw Santa run by at full sprint on an otherwise quiet and peaceful Christmas Eve night?

So yeah, this happened.  (If you look closely, you can see a certain very fast kid not far behind Santa…) 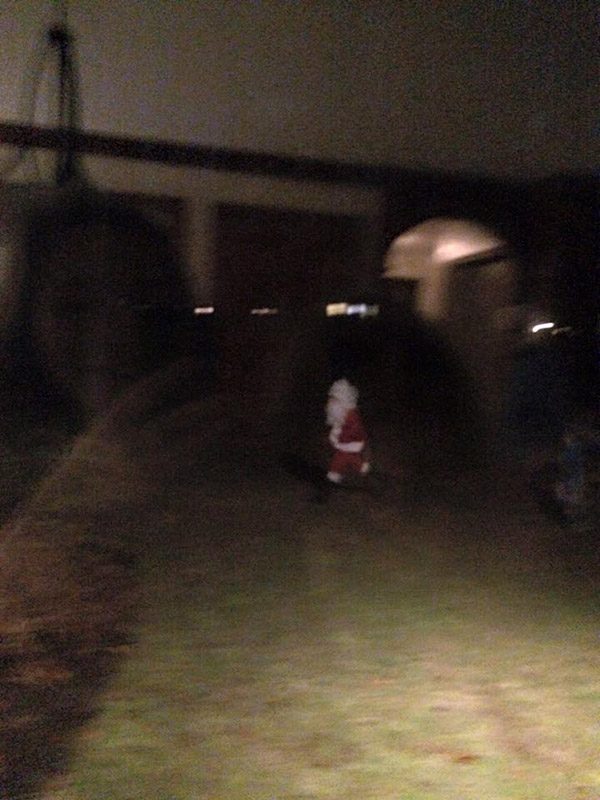 Our neighbors invited us to join them again on Christmas Eve this year…but I’m thinking I should just stick to baking delicious cakes this time.  As you guys know, gingerbread is my all-time favorite holiday flavor.  (This Gingerbread Pound Cake turned out quite well a couple of weeks ago!)  So I decided to hit the kitchen one more time before the holidays and create a traditional Gingerbread Cake.  As if improving on gingerbread is even possible, I upped the ante with this Vanilla Bean Frosting. 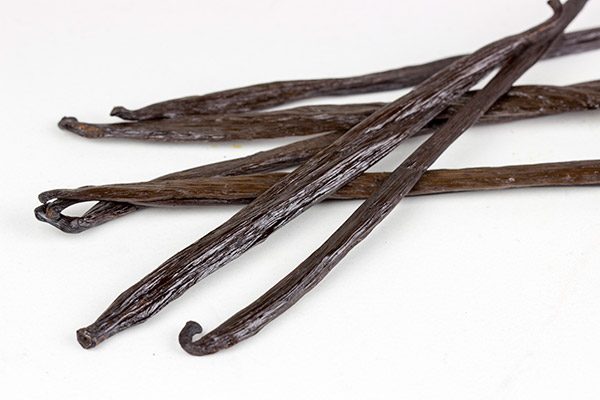 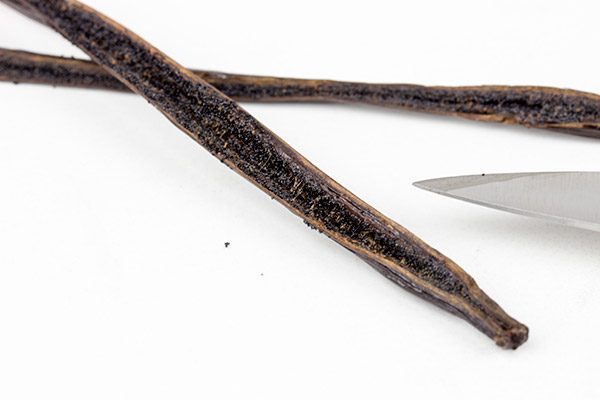 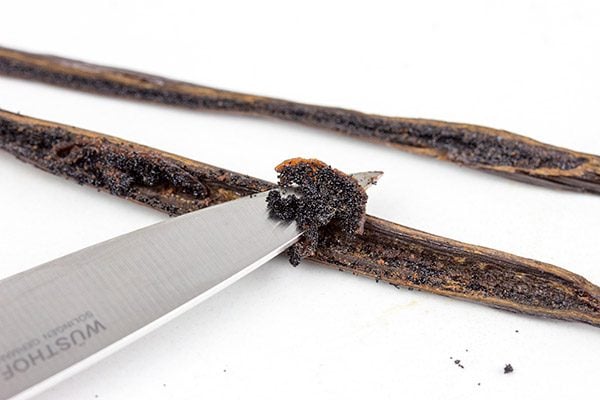 You guys probably already know this, but you can totally make vanilla extract at home, too.  Just buy some quality vanilla beans and let them soak in a decent quality liquor.  (Vodka works best, but my Mom has used rum before, too.)  After a couple of months, *boom* homemade vanilla extract. 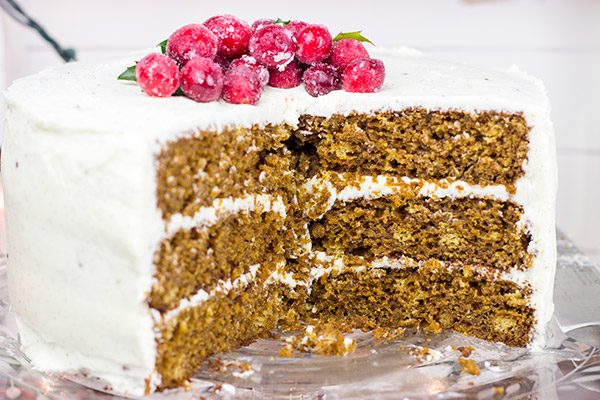 This Gingerbread Cake was a huge hit around here.  Even Laura, who readily admits that she doesn’t like gingerbread, enjoyed her slice.  We’re trying our best to be good during the holidays, so I sliced up the rest of this Gingerbread Cake and wrapped each slice individually in plastic wrap.  Then I put them all into a freezer bag and off to the freezer for safe keeping.  I am most definitely planning on enjoying a slice of that cake by the fire on a cold day in January! 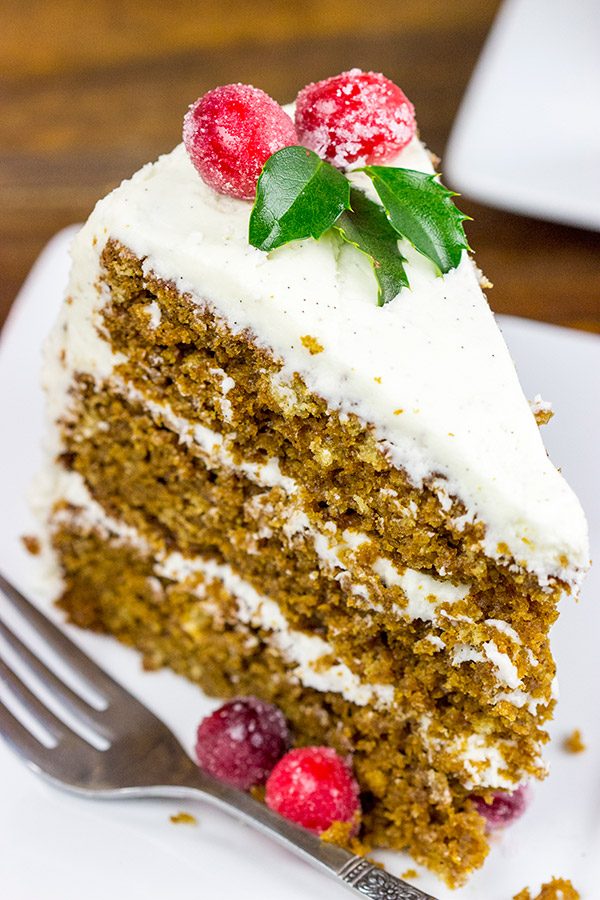 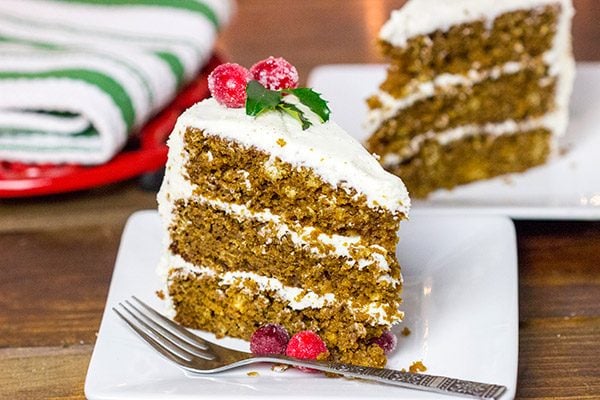 I highly recommend ordering vanilla beans from SLOFoodGroup.  The company was founded by chefs, and they clearly understand how to select top quality beans.  In addition to vanilla beans, they also sell saffron, Ceylon cinnamon, edible gold leaf and dried morel mushrooms!  The mushrooms make me want to hit the kitchen and come up with a tasty soup for winter lunches!  (You can order directly through SLOFoodGroup, but they also have an Amazon storefront, too.)  Give real vanilla beans a shot in your next baking adventure…trust me on this one! 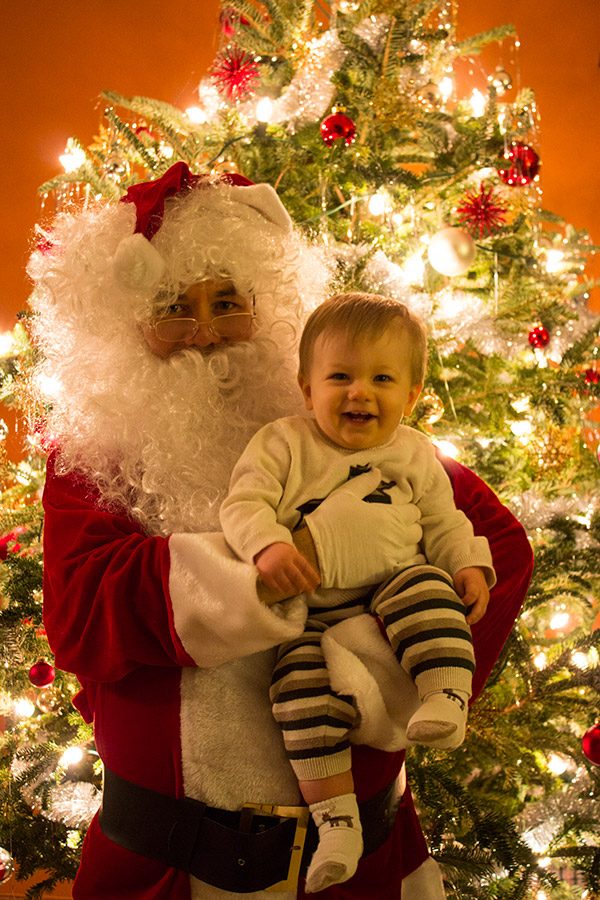 And don’t forget to keep an eye on your backyard this Christmas Eve.  You never know who might come running by!  (But if he’s being chased by a bunch of teenagers, please help him.  Or just invite him in for a slice of Gingerbread Cake!) 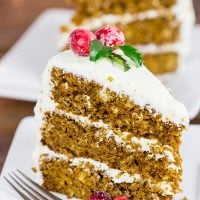 For the Sugared Cranberries

For the Sugared Cranberries

As the sugared cranberries need to soak overnight, I recommend making them the day before you make the cake!

This Gingerbread Cake with Vanilla Bean Frosting post was sponsored by SLOFoodGroup, but the recipe and opinions are entirely my own.
Thank you for supporting the brands that support Spiced!