These Easy Carrot Cake Cinnamon Rolls are perfect for breakfast…especially when topped with a cream cheese frosting! 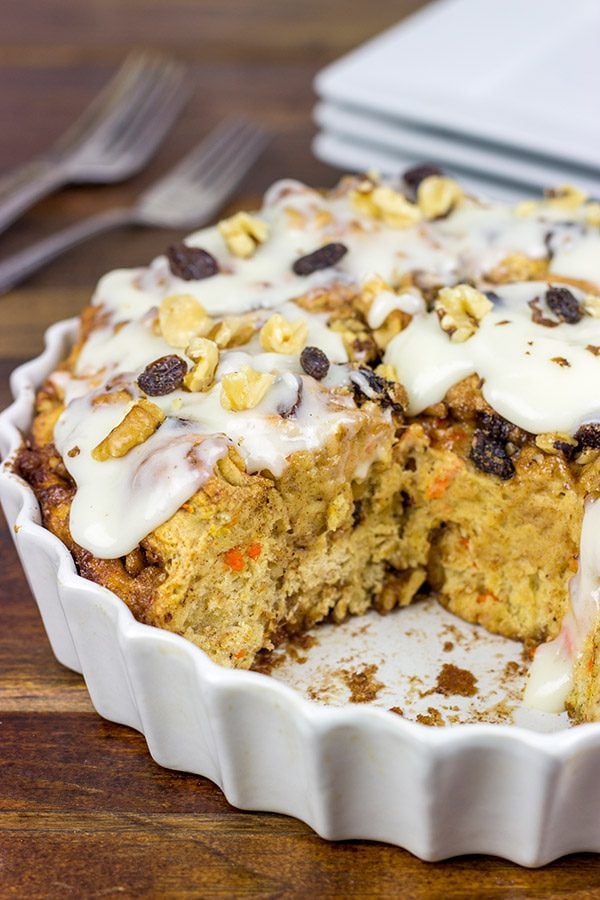 I grew carrots.  Seriously!  Last year, I was at the garden center picking up my herbs and veggies, and they had a tray of carrot seedlings ready to go.  I’d never grown carrots before.  Come to think of it, I don’t think I’d even seen carrot seedlings before.  So I said what the heck, and plopped that tray of seedlings right into my cart.  They got transferred into my garden later that day, and somehow those carrots managed to make it the entire summer without getting mowed down by rabbits.  (The rabbits demolished our peas instead.) 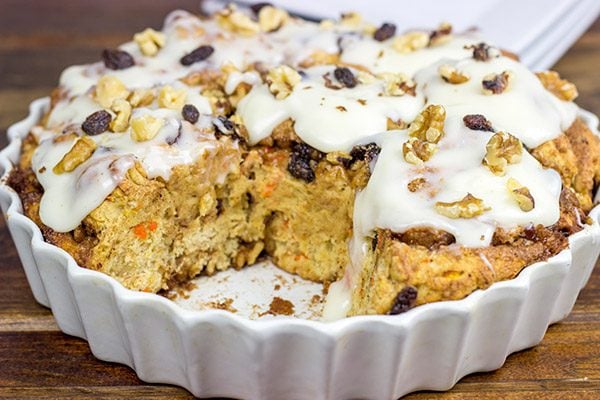 Starting in about late August, I tried pulling a bunch or two of carrots every couple of weeks…but I was always pretty disappointed.  Then I was out there cleaning up the garden for the winter, and I happened to notice that carrots were peeking up through the ground on several of the bunches.  Sure enough, I had some legit carrots!  Those carrots look like they might have grown on the Island of Misfit Toys, but they’re still legit carrots! 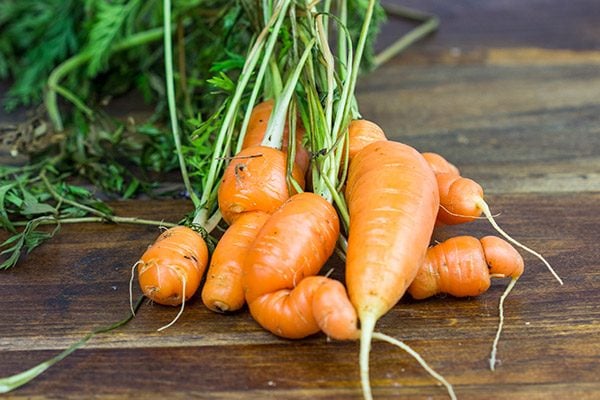 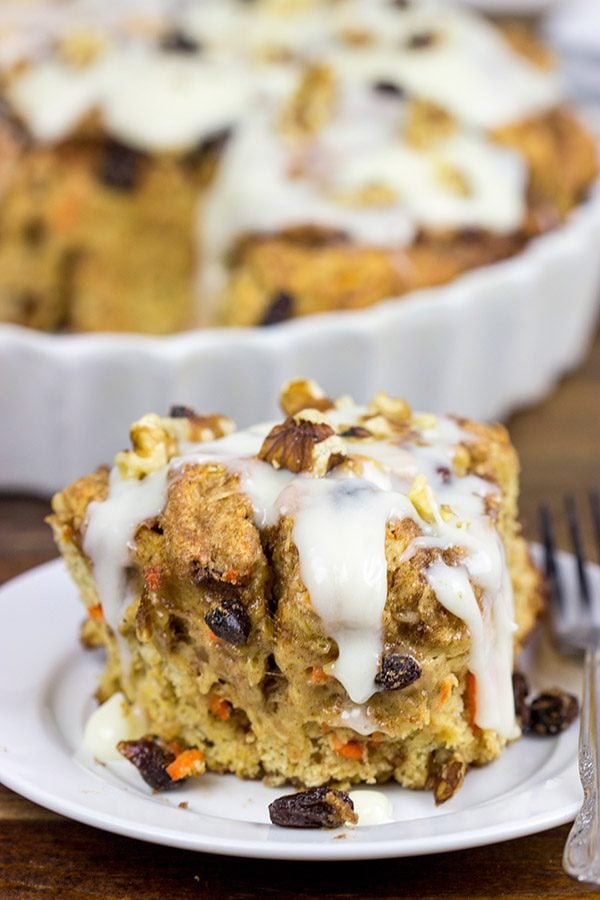 These Easy Carrot Cake Cinnamon Rolls still require a bit of time to make, but you don’t have to account for letting the dough rise.  In fact, after making the dough and rolling it into a log, I was a bit worried.  There is a lot of deliciousness stuffed into these cinnamon rolls, and the log of dough was rather large.  But I sliced it up and laid the rolls into a greased baking pan.  The rolls literally filled the entire pan.  Like I kinda had to squeeze them into the pan.  As I’m used to yeasted cinnamon rolls, I was certain that I would open the oven door to find that the rolls had escaped and run amok all over the place.  (Amok! Amok! Amok!) But nope.  Not at all!  These Easy Carrot Cake Cinnamon Rolls did rise just slightly while baking, but they didn’t escape the pan. 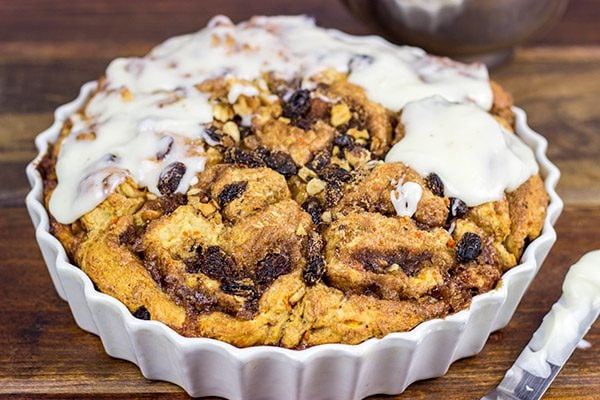 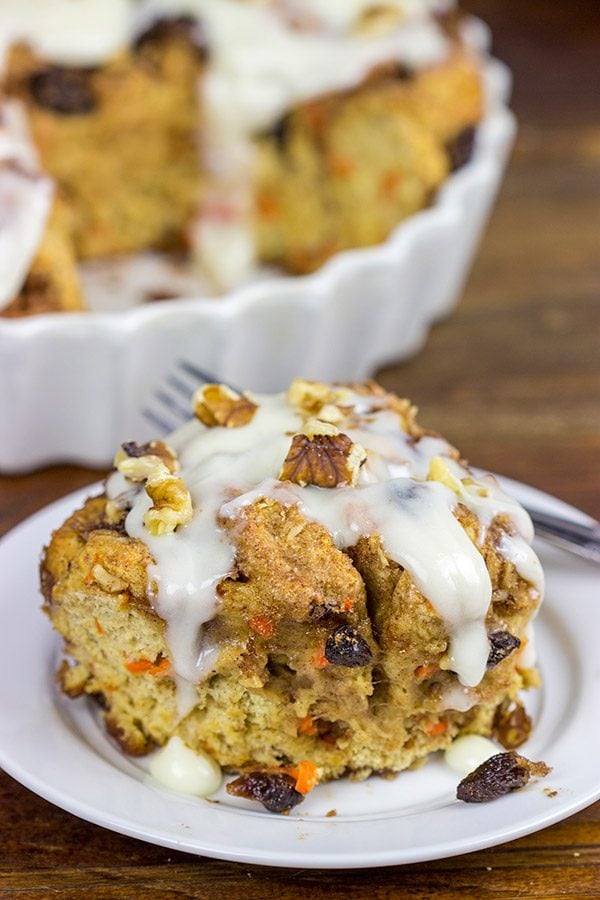 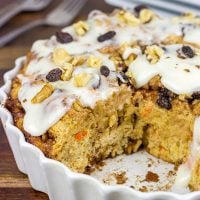