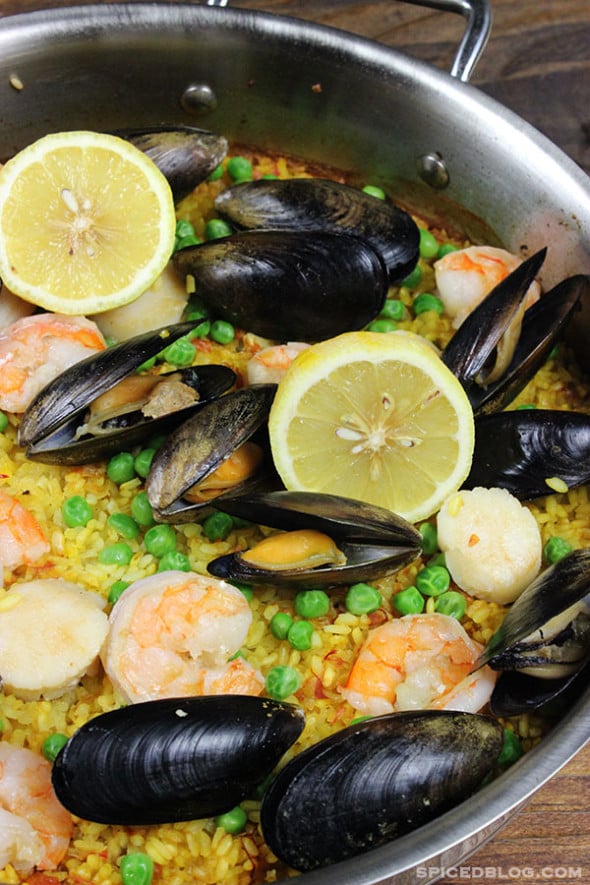 Until a couple of weeks ago, I had never tried making paella at home.  I’d had paella in several restaurants, and I always thought it was a delicious entree.  So I decided the time had come to give paella a shot at home!  If you aren’t familiar with paella, its a classic Spanish dish that features the unique flavor of saffron.  I’ve even heard paella described as the unofficial national dish of Spain.  One of the nice things about paella is that you can go in many different directions using a similar base of ingredients.  I’ve seen chicken and chorizo paella, seafood paella, and also several mixed paellas, which include a combination of chicken and other land game along with various types of seafood.  No matter the choice of meat, the cooking style is always similar…and paella always features saffron along with tasty olive oil.

Saffron is a unique spice in a variety of ways.  First, rather than a ground spice, saffron is typically found as loose strands.  These strands are actually dried stigmas from a specific variety of crocus flower.  When my wife and I went to Italy a couple years ago for our honeymoon, we visited a vineyard that also produced saffron.  The owner of the vineyard described how the crocus would bloom for only a couple of weeks each year, and they would go out early in the morning each day to harvest the strands by hand before the flowers wilted from the heat of the sun.  No wonder saffron is one of the most expensive spices in the world!  But the good thing is that saffron is a very potent spice, and most recipes call for a very small amount. 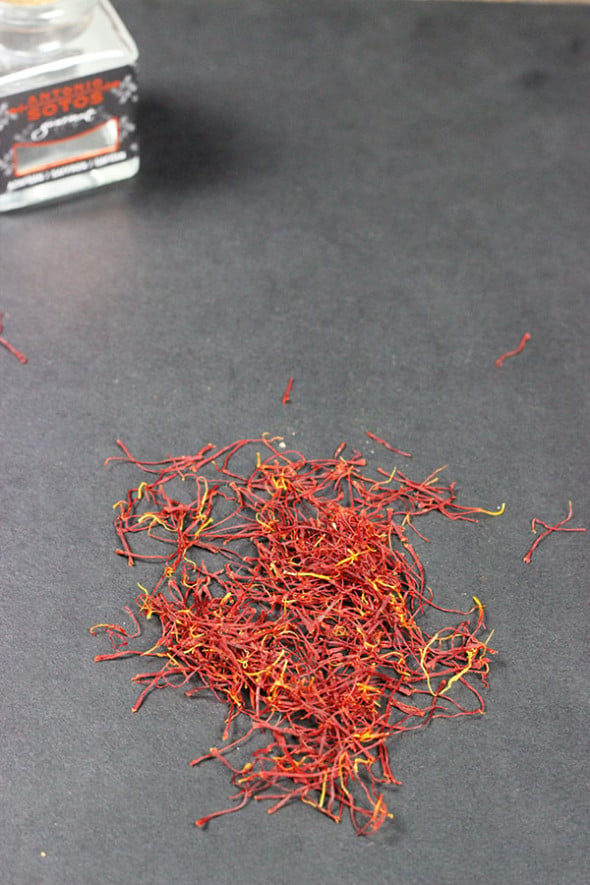 The proper way to cook paella is over an open flame using a unique pan called a paellera.  These round, shallow pans are often very large in diameter, and the finished paella is traditionally served at the table directly from the paellera.  (I don’t actually own a paellera, so I used a large saute pan, and it worked great.  If I begin to make paella more often at home, then I will certainly consider picking up a paellera!)  Another unique feature of paella is the layer of crispy, toasted rice at the bottom of the pan.  This rice layer, called a socarrat, is created by increasing the heat at the very end of the cooking process until the rice actually begins to crackle.  As you can imagine, the socarrat features intense, delicious flavors, and it is the most sought-after portion of the finished paella.

For my first homemade paella, I decided to go with a classic seafood version.  There is something quite appealing and enticing about combining so many different varieties of seafood in one dish!  And you can certainly be creative with your choice of seafood here.  I used some of my favorite types of seafood, but I’ve also seen lobster, calamari, and clams used in paella.  Be creative!