If you love cinnamon-sugar, then these Cinnamon Sugar Churros with Chocolate Dipping Sauce need to make an appearance in your kitchen! 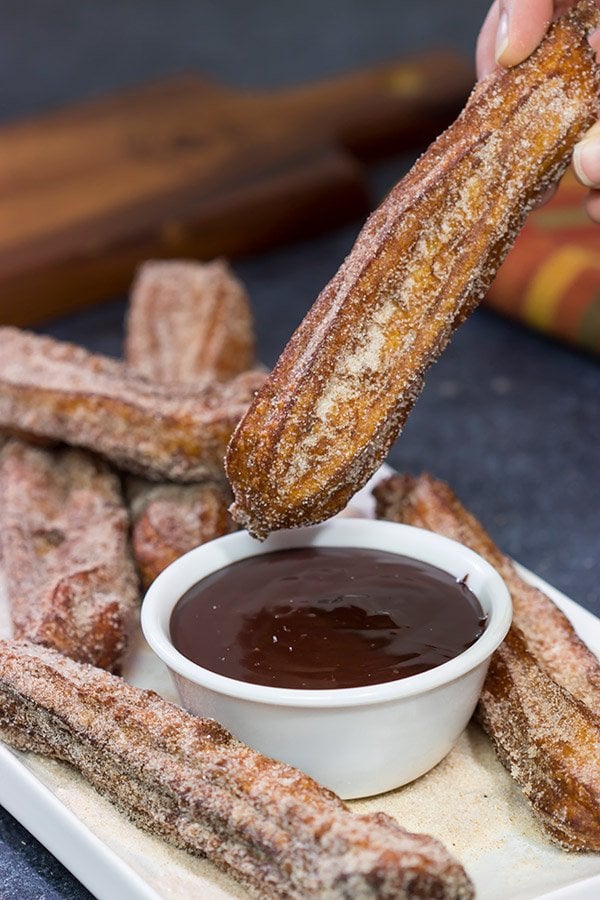 We’ve all been through a fast-food drive-through at some point, right?  But have you ever been through the same drive-through 3 times…in about 30 minutes?  Yup, we’ve done that.  You see, back when we lived in Atlanta, there was a fast-food place that sold cinnamon sugar churros.  Now I’ve always been a sucker for anything covered in cinnamon-sugar, so those churros were calling my name! 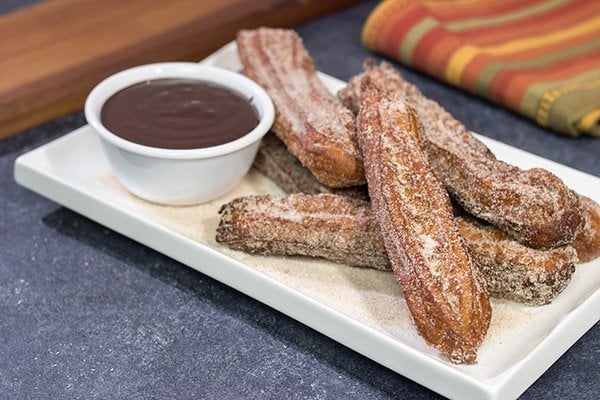 We’d gone out to a nicer dinner with Laura’s sister when we decided to end the night with drive-through cinnamon sugar churros.  What can I say?  We’re classy folks.  Well those churros were gone before we left the parking lot.  So we did the most logical thing and pulled right back into line at the drive-through.  And then we did it again.  (See note above about us being classy folks.)  I mean those churros were on sale for $1.  And they were covered in cinnamon-sugar.

Fast forward many years, and we live in upstate New York.  To my knowledge, there aren’t any fast food joints nearby that offer cinnamon sugar churros.  The memory of those churros pushed me into the kitchen to make a batch myself.  These Cinnamon Sugar Churros with Chocolate Dipping Sauce are guaranteed to disappear quickly.  (And you won’t even need to go through the drive-through 3 times, either!) 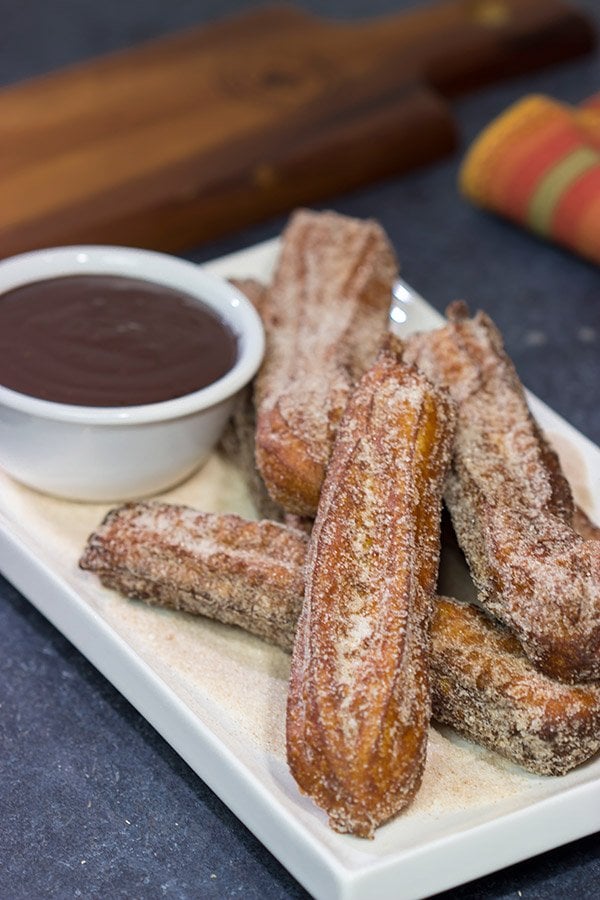 Truthfully, these churros are so tasty that they don’t even need the chocolate dipping sauce.  But then again, more chocolate is more better, right?  Plus, this dipping sauce is super easy to make.  So with that in mind, I decided to serve these churros with a dipping sauce on the side.  After all, we can’t be letting the cinnamon-sugar have all the fun.  Chocolate needs to get its turn, too! 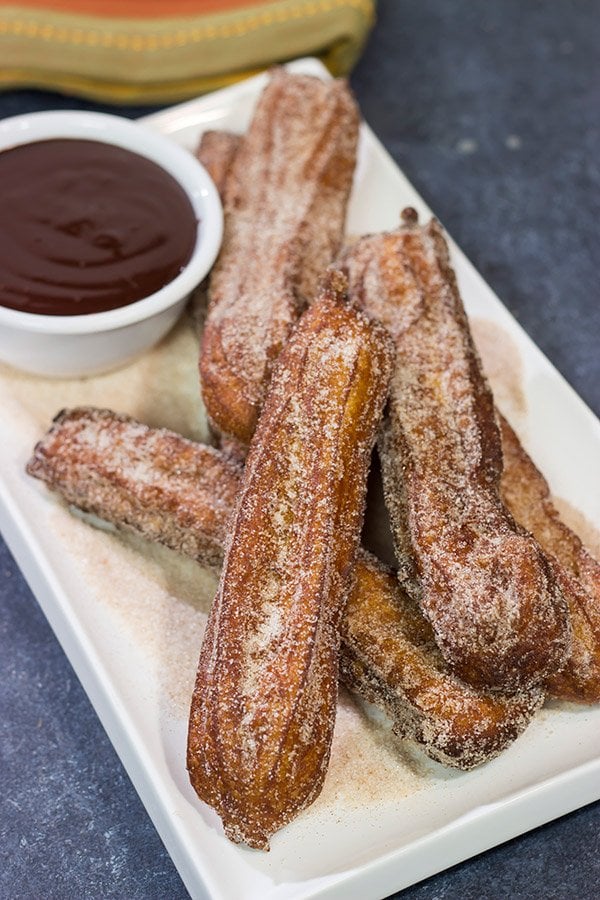 I contemplated baking these churros, but I decided to go with the classic frying method instead.  A baked churro is delicious (mmm…cinnamon-sugar goodness!), but a fried churro takes things to a whole new level.  So I heated up the oil in the frying pan and gently lowered the churro dough in.  A couple of minutes later, these churros were nice and golden brown.  All they needed was a good coating of cinnamon-sugar, and they were ready to serve.  (And by serve, I mean eat them all myself.  Just kidding!  Sorta.) 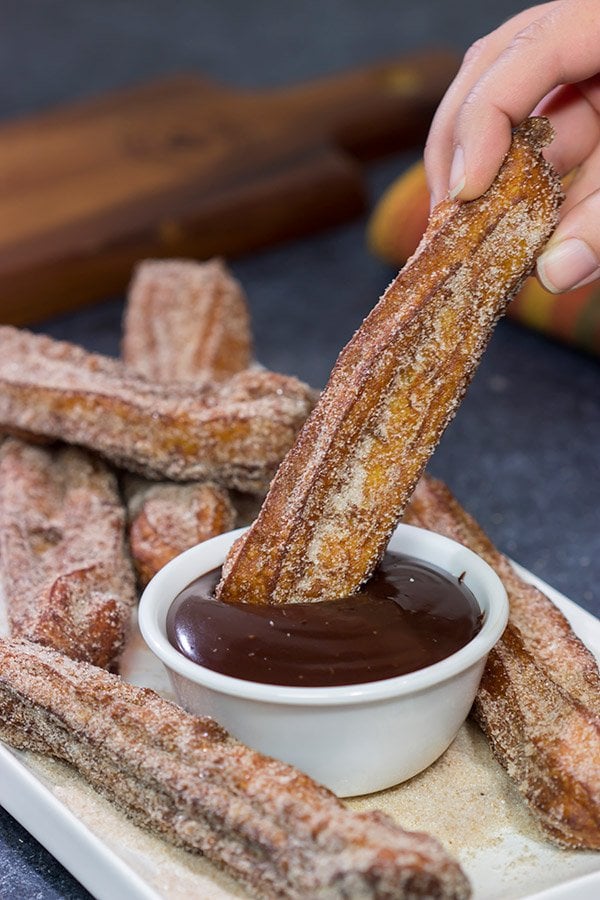 If you love cinnamon-sugar as much as I do, then these Cinnamon Sugar Churros need to make an appearance in your kitchen.  And don’t forget the Chocolate Dipping Sauce, too!  I hope you enjoy this delicious treat as much as we do.  Cheers!

Did you make a batch of these Cinnamon Sugar Churros with Chocolate Dipping Sauce at home?  Leave a comment, or better yet snap a photo and tag me on Instagram (@Spicedblog).  I’d love to see your version! 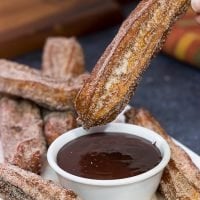 For the Chocolate Sauce

For the Chocolate Sauce

Looking for more cinnamon-sugar recipes?  Check out a few of these other favorites, too: 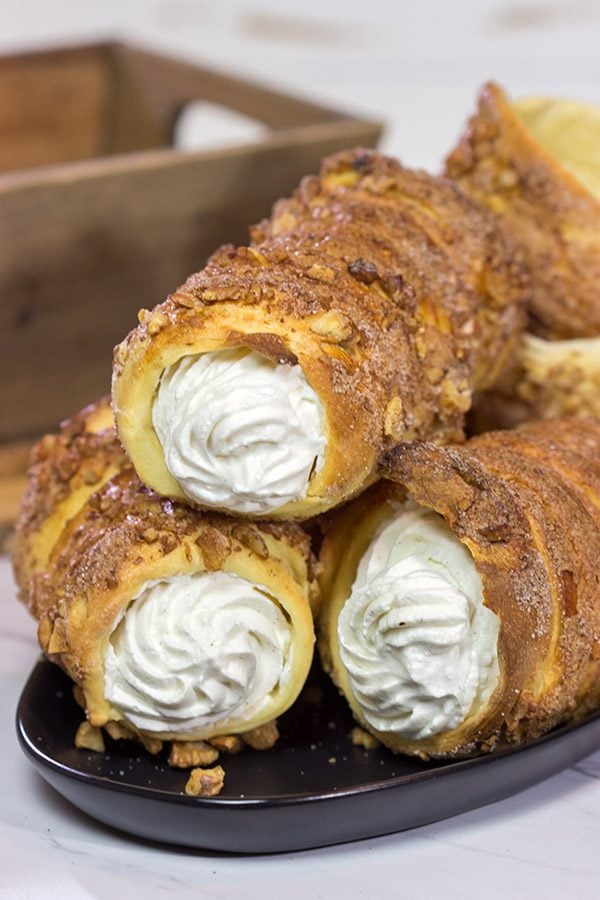 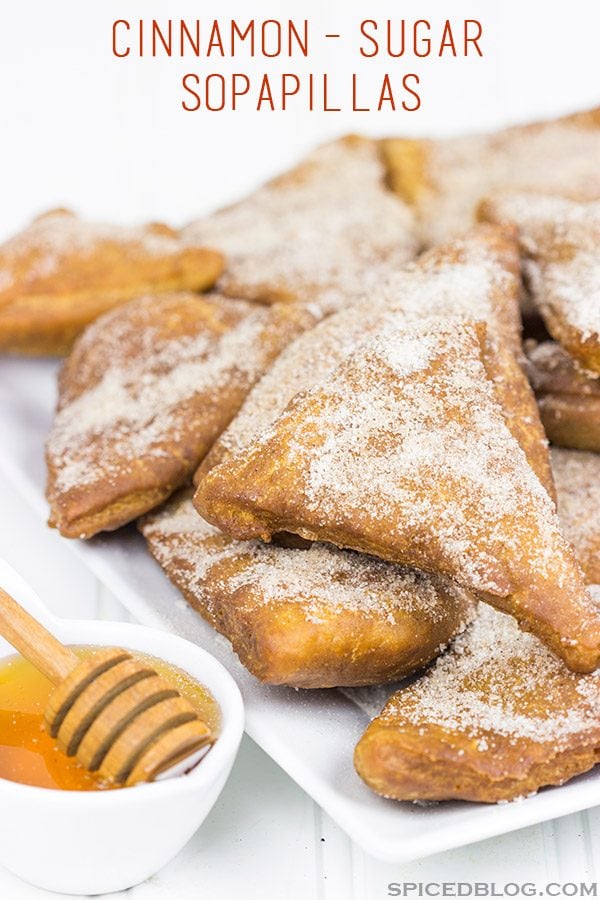 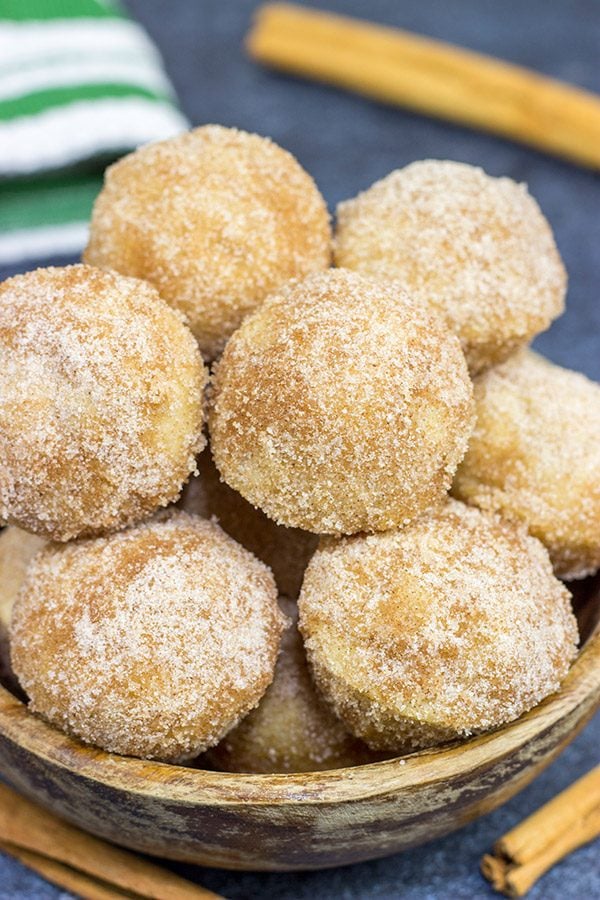