Put a sweet spin on the classic dinner roll with a batch of these Cinnamon Sugar Butterflake Rolls.  They’re a fun, unique treat for brunch or dessert!

There’s just something about bringing a basket of freshly baked bread to the dinner table.  I’m not going to pretend that I make homemade bread every day.  Not even close.  I do enjoy baking bread as there’s just something oddly therapeutic about mixing flour, water, salt and yeast together and watching it transform into bread.  As much as I enjoy making it, homemade bread is still somewhat uncommon in our house.  I know that it’s a direct result of having a kindergartner in the house. 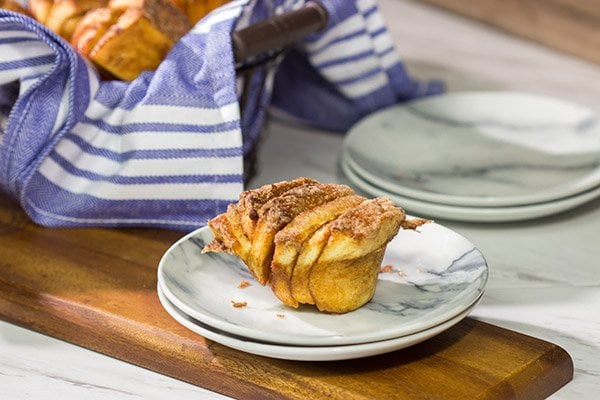 With that said, I always make a batch of homemade rolls for Thanksgiving.  For many years, I made homemade yeast rolls using my mom’s recipe.  I still love those rolls!  When they’re warm out of the oven, I swear I could eat about 8 of ’em.  And they make for excellent turkey sandwiches with the leftover Thanksgiving turkey.

However, a number of years ago, I discovered Butterflake Rolls, and they bumped the yeast rolls down a notch.  If you haven’t heard of butterflake rolls, then you’ve got a good surprise coming your way!  Butterflake rolls are buttery (obvi, right?), soft, rolls that are baked in such a way that you can pull off layer upon layer.  Not only are they tasty, but they’re unique and fun, too. 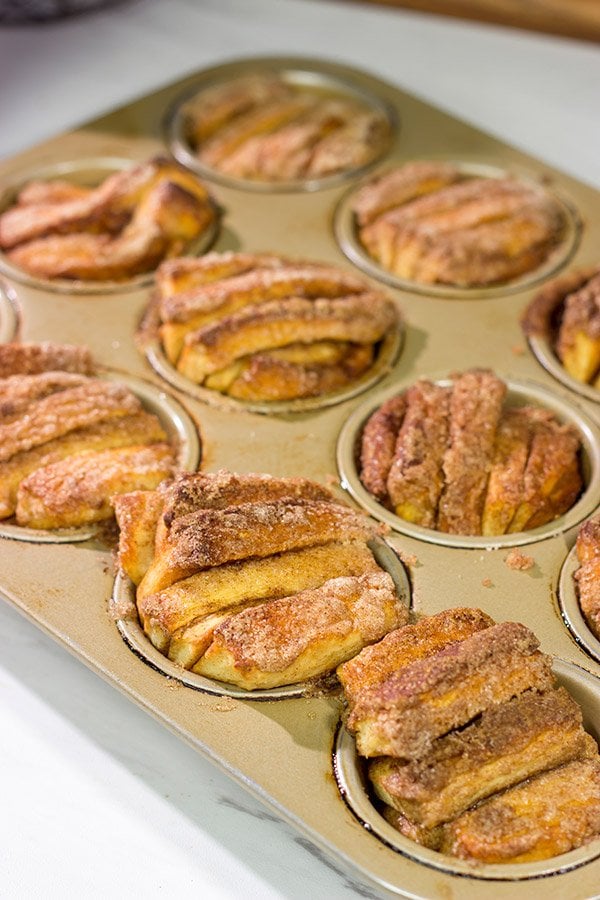 It was only a matter of time before I took the recipe for those butterflake rolls and put a breakfast/brunch spin on it.  These Cinnamon Sugar Butterflake Rolls use the exact same recipe as the dinner roll version, except with the addition of cinnamon and sugar.  Oh, and more butter.  Because more butter is more better!

This version would be great for brunch during the holidays.  Pour a good strong cup of coffee and serve up a couple of these Cinnamon Sugar Butterflake Rolls.  I know that would get me out of bed!  Oh, who am I kidding?  I’m up at the crack of dawn every day anyways…even on the days when I don’t have to be up.  I figure since I’m up anyways, I might as well bake something! 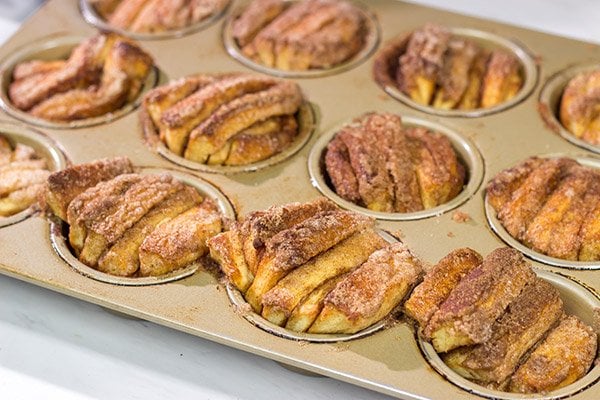 While these Cinnamon Sugar Butterflake Rolls are certainly reminiscent of cinnamon rolls, they are noticeably different.  In keeping with the original recipe, I opted for bread flour in this recipe.  That yielded a chewier bread rather than a pillow-y bread like you might find in a cinnamon roll.  Don’t get me wrong – these rolls are delicious!  They’re just not the same as a cinnamon roll.  (Mental note: make a cinnamon roll pull apart bread!)

The only tricky part about making butterflake rolls is cutting and stacking the dough in such a way that it yields the iconic layered rolls.  It’s not hard.  You just have to pay attention.  And trust me when I say the result is well worth the extra cutting effort!  I hope you enjoy these Cinnamon Sugar Butterflake Rolls are much as we did.  We had a couple left over by the end of the evening, and we warmed those up for a nighttime snack with a mug of tea.  Yum!

Did you make a batch of these Cinnamon Sugar Butterflake Rolls at home?  Leave me a comment, or snap a photo and tag me on Instagram (@Spicedblog).  I’d love to see your version! 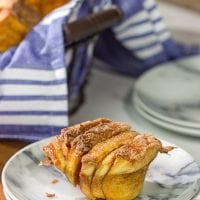 For the Cinnamon Topping

For the Cinnamon Topping

Looking for more fun butterflake rolls / pull apart bread recipes?  Check out these other favorites, too: 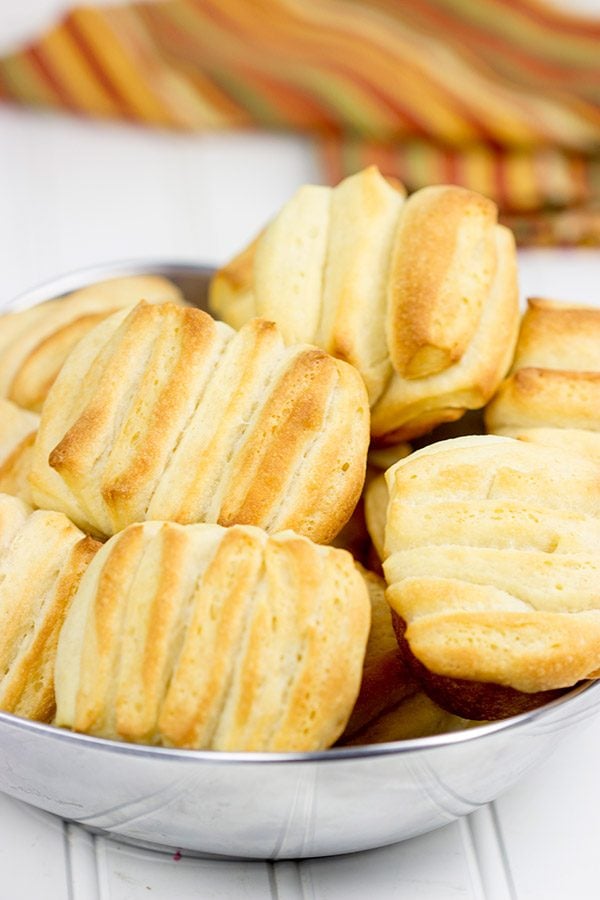 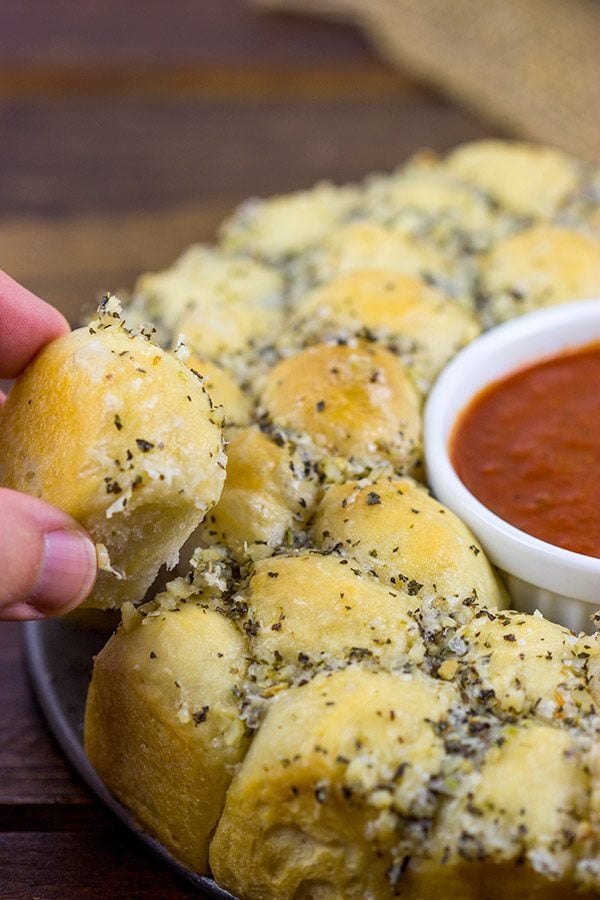 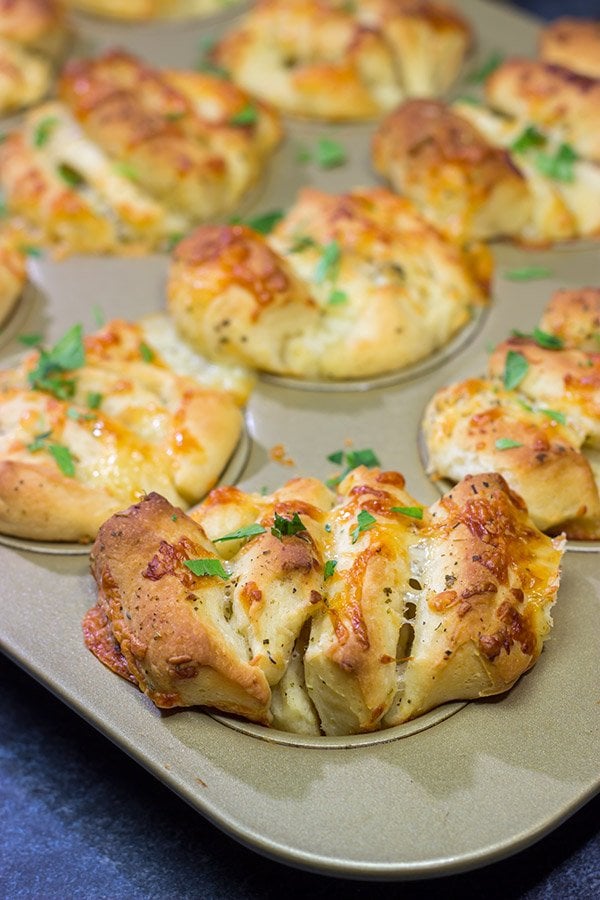