Crispy, crumbly and drizzled with a cinnamon glaze, these Cinnamon Roll Tea Cookies are a delicious partner to your morning coffee or afternoon tea! 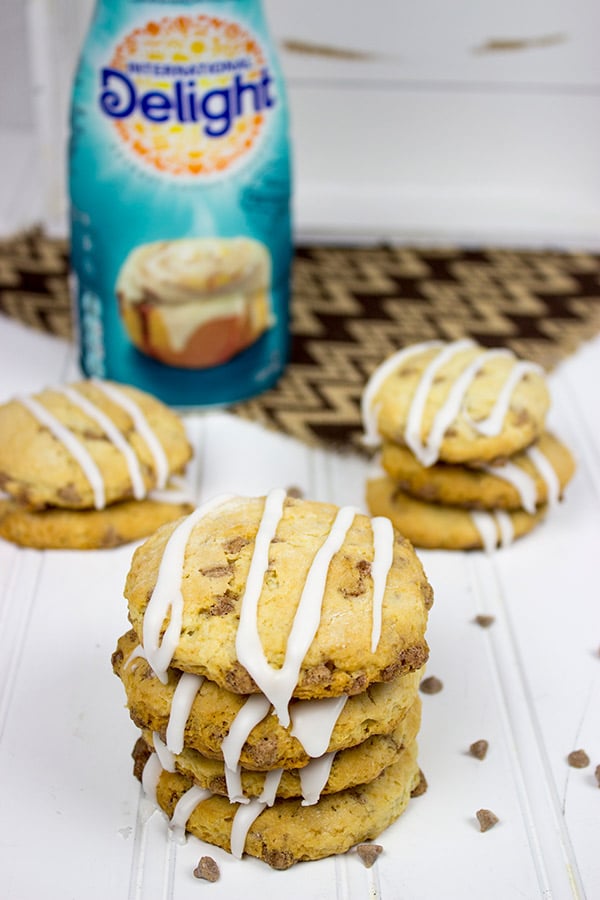 My wife and I traveled to Belgium and the Netherlands a couple of months ago, and we were surprised at how easily we were able to get around speaking only English.  (As a former Latin teacher, I’m sad to admit that my Latin skills don’t help out much when traveling abroad.  Unless I meet the Pope one day.  Then we’ll have a rockin’ good conversation in Latin.)  Dutch is the official language in the Netherlands, while the Belgians are split between French, Dutch and German.  Nevertheless, we were able to negotiate the train system and the restaurant scene pretty easily speaking only English. 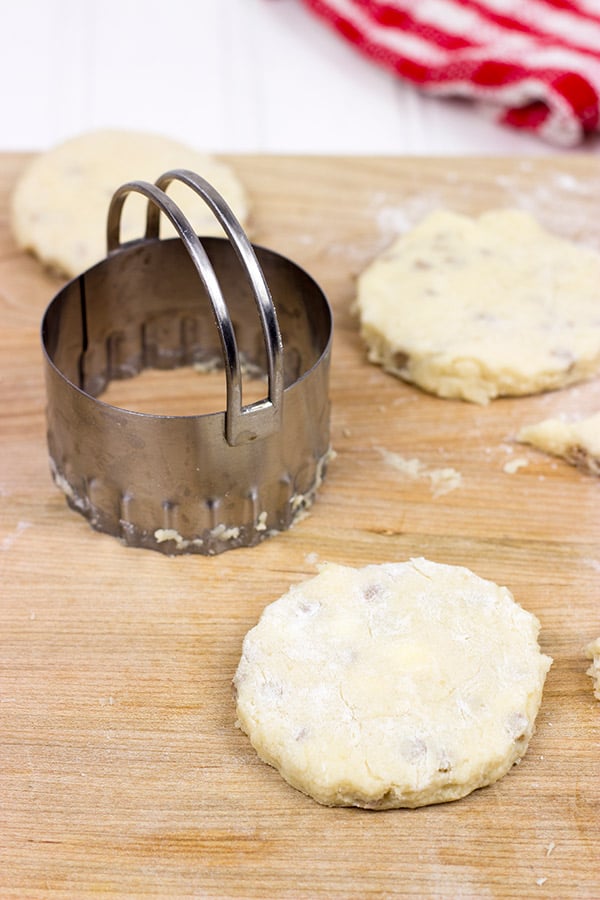 There were a few instances where the European word conjures up an entirely different meaning than expected.  Take “whisky” for instance.  In Scotland, scotch is referred to as whisky.  The term “scotch” really isn’t used much at all in Scotland…imagine that!  And American whiskey is so very different than it’s Scottish cousin.

Another favorite is “biscuit.”  Here in the States, the mention of biscuits usually conjures up a pan of hot, Southern-style buttermilk biscuits…well, at least that’s what I think about when someone says biscuit! In Europe? Not so much.  A biscuit typically means a sweet cracker…the kind that is perfect with your morning coffee or afternoon tea. So where am I going with all of this biscuit talk?  Well, I almost called these Cinnamon Roll Tea Cookies “biscuits,” but I figured that would be terribly confusing to my American readers.  Of course, my European readers would have known exactly what I meant! 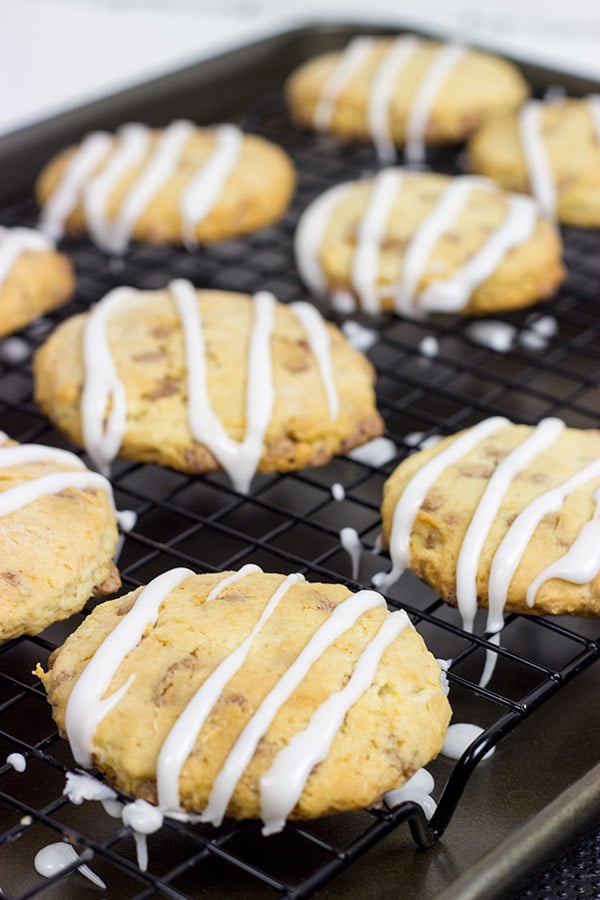 No matter the name, these Cinnamon Roll Tea Cookies are quite delicious.  I started with a classic American biscuit recipe, and made some tweaks and adjustments to come up with these tea cookies.  They’re crumbly, sweet and studded with cinnamon chips for a nice oomph of flavor.  (I wonder if oomph means the same thing in Europe that it does here?)  I used International Delight’s Cinnabon coffee creamer as the primary liquid in this recipe, and the result was quite tasty!  So tasty that I literally had to force myself to stop eating these cookies…err, biscuits…err, cookies…until I took the pictures. 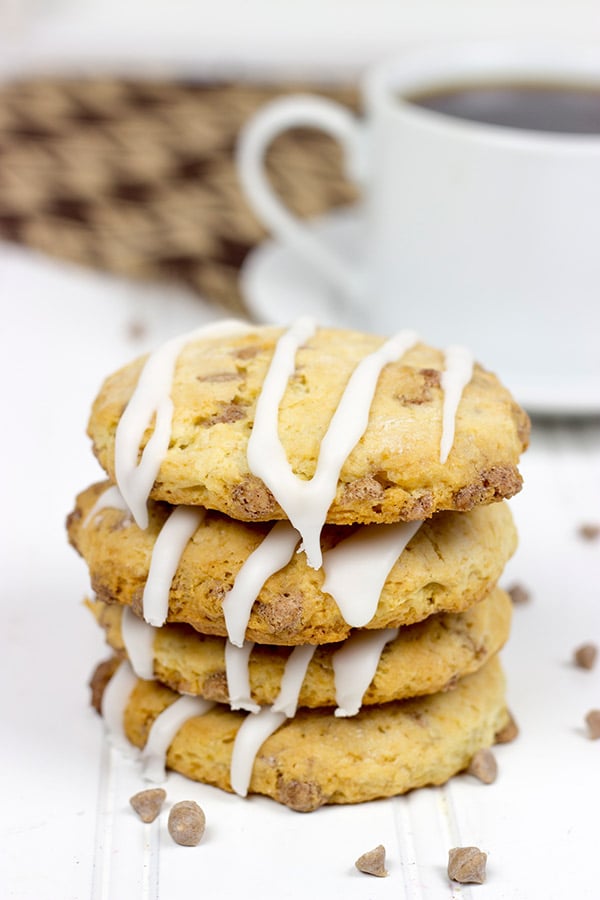 Can you believe that it’s already August?  Soon the kids will be heading back to school, and we’ll be chatting about the Fall…and *ack* the holidays!  Before we get that far, I suggest making a batch of these delicious Cinnamon Roll Tea Cookies.  Brew yourself a nice pot of coffee or tea.  Then sit back and enjoy the warm weather. Soak in the sun!  Then grab another tea cookie and put your feet up.  Happy August! 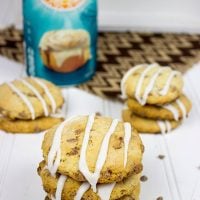